Infestor is a 2D puzzle platformer which comes to us via the ever-prolific publishers Ratalaika and developers Woblyware who previously released a few games that we’ve reviewed such as Devious Dungeon, Omega Strike and League of Evil.  Much like those games this is a 16-bit looking, retro-styled affair but it has a relatively interesting concept driving it.

You play as a small green alien blob who is looking to invade Human Colony 31-5B.  Set across 70 levels, the game tasks you with getting to the exit of each one but this is easier said than done because of two things.  The first is that the levels have various traps in them with spikes, turrets, robots and impossible jumps all hindering your progress.  However, while you are ill-equipped to deal with these, the humans in the level are able to.  They are the second issue though as some of them will attempt to kill you. 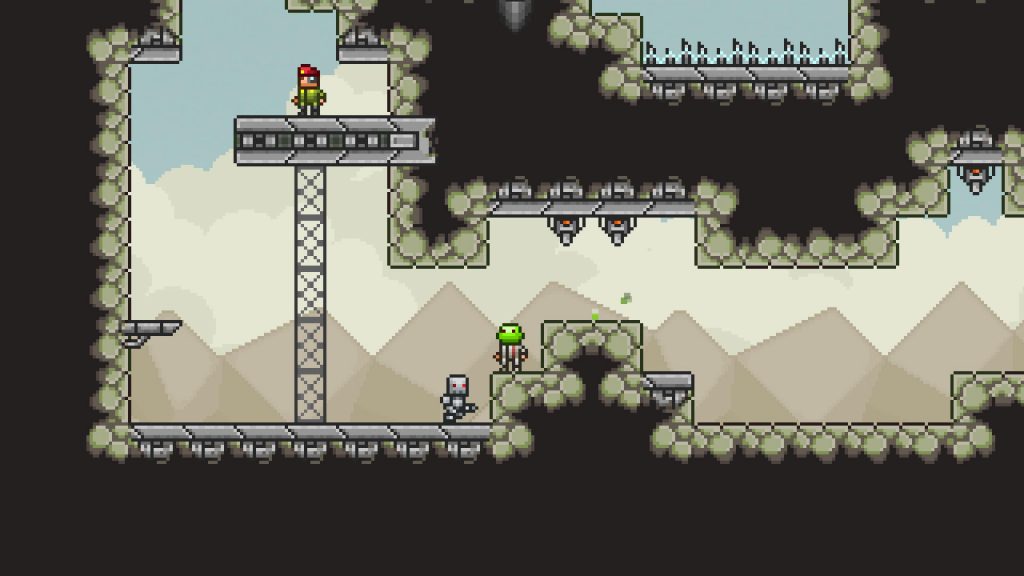 Luckily, you can take over any human that you encounter.  Pressing

when you are next to them will see you gain control of them and inherit their abilities.  There aren’t many types but each one is crucial in getting through the current stage.  Regular humans can jump further than you, others can push crates to unblock corridors or use as platforms, some can shoot and some can double jump.  One thing you’ll need to do quickly is get used to exiting a body mid-jump, using the combined jumps to get to those hard to reach platforms.  Luckily, the controls are quite reliable and so these maneuvers aren’t too tough to pull off.

For the most part, Infestor is just a series of takeovers and jumps.  You need to get to the double-jump rocket guy over there but the way is blocked with a crate, so you need to take over the worker character first but he’s beyond those laser turrets.  It’s all very easy to understand and intuitive to execute.  The worry with games like this is that they start off simple enough but eventually become tedious chains of trial and error puzzles that you have to brute force your way through but thankfully Infestor avoids that.  Each level here is bite-sized and easy to work out.  Any difficulty usually comes from the obstacles on a level rather than figuring out which human to take over first but there is some mild puzzling involved in that. 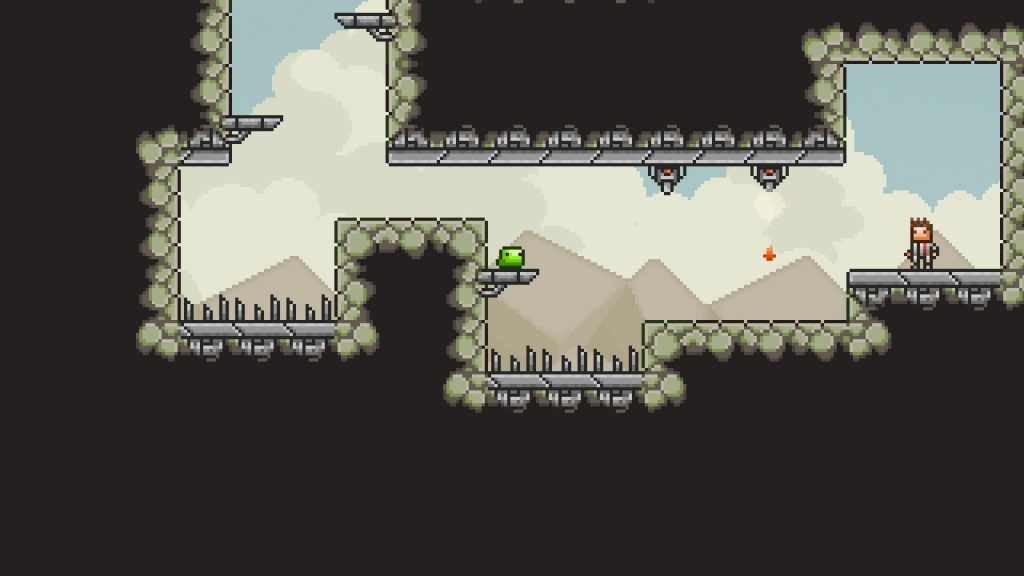 If you’re looking for a hardcore Super Meat Boy kind of platformer or a brain-busting puzzler like Braid, then this won’t be for you.  But the game is enjoyable enough when it lasts.  Of course, being a Ratalaika joint, it gives up the Platinum trophy fairly easily.  You only need to beat the first 50 levels to get that but the game is good enough that some of you will want to see it through to the end.  There’s no surprises if you do but the game is at its best towards the end where you need a little bit more brain power and thumb dexterity to get through it but it is a gentle enough experience throughout.

The presentation is pretty simplistic.  The clean, basic visuals do a good enough job of conveying the action but there’s certainly no wow factor here.  Of course, pixel art is more than played out now but this kind of looks like a basic Vita game at best.  This is compounded by the fact that every level has the same visual style too.  They don’t even vary up the backgrounds.  You do get a PS4 and PS5 version but there’s no difference in these in terms of visuals or indeed gameplay.  The sound is also super basic with simple spot effects and a forgettable chip tune. 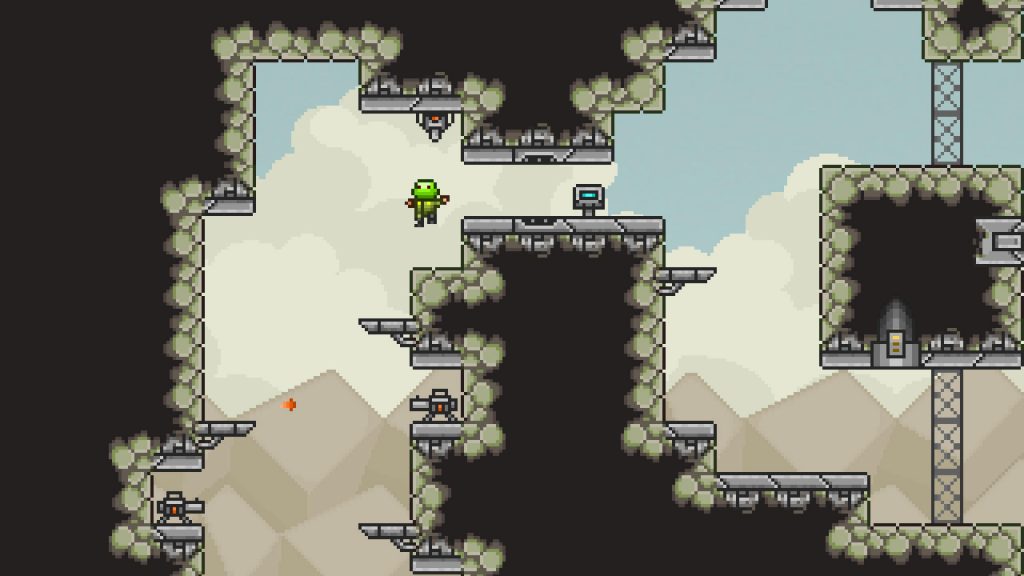 There’s not much to praise here but not much to complain about either.  It’s a short game, simply presented.  The concept of taking over people and using their abilities is okay but is far from being a fresh idea with Hyper Parasite doing that kind of thing way better than Infestor does and even games twenty years ago, such as Messiah, also doing it.  But it’s a cheap and cheerful indie game that offers an hour or two of entertainment.

When a game is this simple, there’s really not much else you can say about it.  Its basic presentation, simple gameplay concepts and short lifespan make for a short review but we did enjoy the afternoon we spent playing Infestor and will no doubt enjoy the second one if we decide to whore our way to its bonus second Platinum trophy.  That’s really what this game is for and it’ll be the reason for most of its sales.  If you’re not too bothered about trophies, it’s a little harder to recommend.

Infestor
5 Overall
Pros
+ The core gameplay concept works well
+ We enjoyed the short levels and basic puzzling
+ Cleanly presented
Cons
- Lacks any wow factor
- Short life span
- Very basic visuals
Summary
Infestor offers a couple of hours of gentle puzzling and platforming and is relatively enjoyable. It's not going to turn any heads with its graphics or gameplay but it doesn't ask too much of you either.