From D’Avekki Studios aka Tim and Lynda Cowles, we have episodic FMV game Dark Nights with Poe and Munro. Played respectively by Klemens Koehring as John Pope and Leah Cunard as Ellis Munro, naturally you’ll spend most of your time in their company. The cast is fleshed out by a wealth of actors in minor parts, some of whom may be familiar to you.

Poe and Munro work the late shift at a radio station in August, a fictional town we assume to be somewhere in England, given that its distance from Birmingham is mentioned at one point. Their timeslot lends itself to a phone-in format, which in itself is a handy mechanism to introduce extra characters to the storyline. 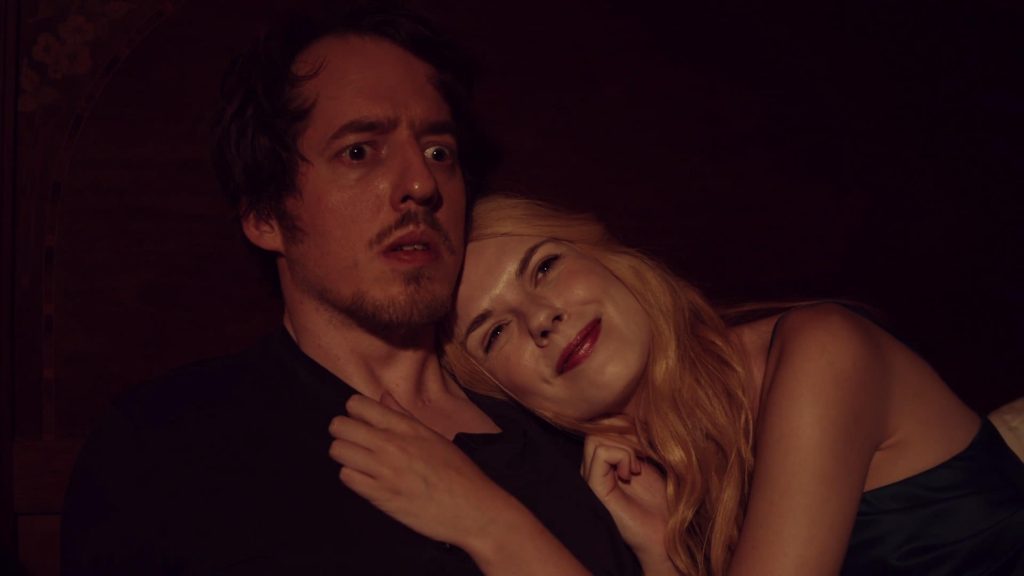 The first of which is a guy called Frankie. We won’t  get into any particular plot specifics, but things quickly take a turn for the macabre. That is in part down to a wonderfully hammy turn from Klemens, though it might also have been down to the choices we made at the outset.

Dark Nights was originally released on PC this time last year, making the leap to consoles for a very fair £11.99 for all six episodes. They come to to around twenty minutes a piece, setting up a potential binge if you wish. But we chose a more considered approach. 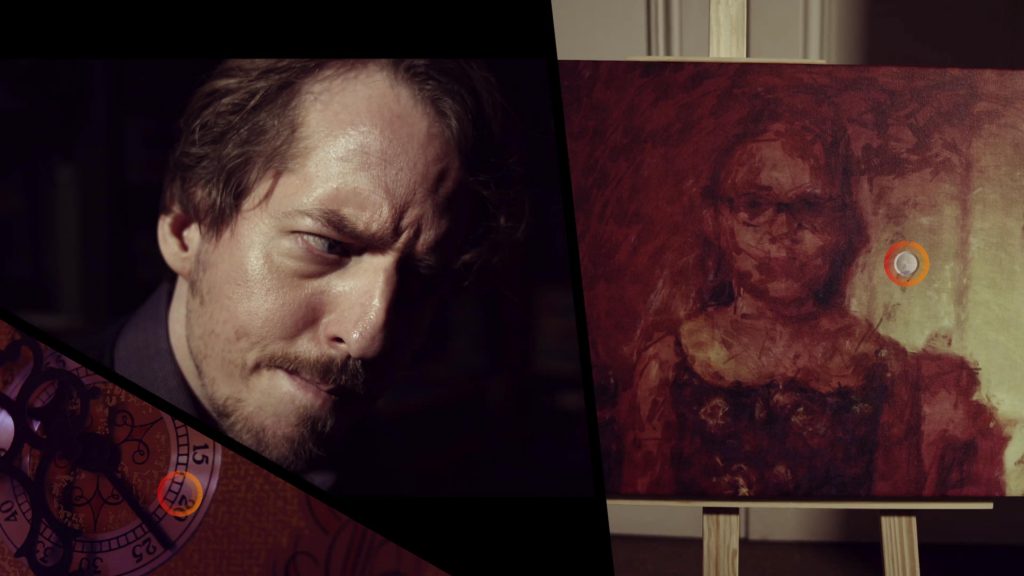 Given this is 100% FMV, you’ll be called upon to make choices at certain junctions in the story. These take the form of timed QTEs, at least with default settings on. We weren’t initially aware of the scope these choices would take until we played the final episode again, one pivotal choice completely changing the subsequent outcome.

At the end of each episode, you’re given a summary of the decisions you’ve made. It’s a handy way to keep track of what you’ve seen during the storyline, we’d recommend you take a screenshot to potentially try a different choice on a subsequent playthrough. 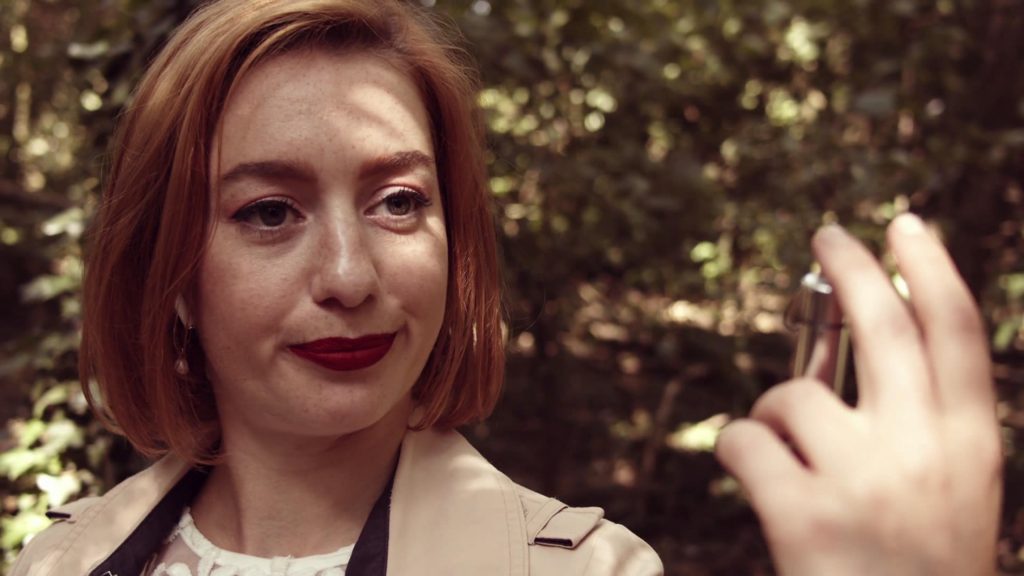 Ultimately, the strength of any story is in the plot. For the most part, Dark Nights is well penned with only a couple of moments leaving us wondering when it would end. One episode featuring a launderette subplot dragged more than we’d have liked, put it that way. Thankfully it’s the exception rather than the rule.

We had it in our head that August was in fact a town in Germany, thought that may have been down to Klemens Koehring’s obvious accent. Additionally, the English actress Leah Cunard adopts a mid-Atlantic accent which makes it a little hard to place. We note that the exterior of the radio station was always depicted in a night time setting, perhaps using the same trick as Kevin Smith’s Clerks in terms of only using the venue for filming out of hours. 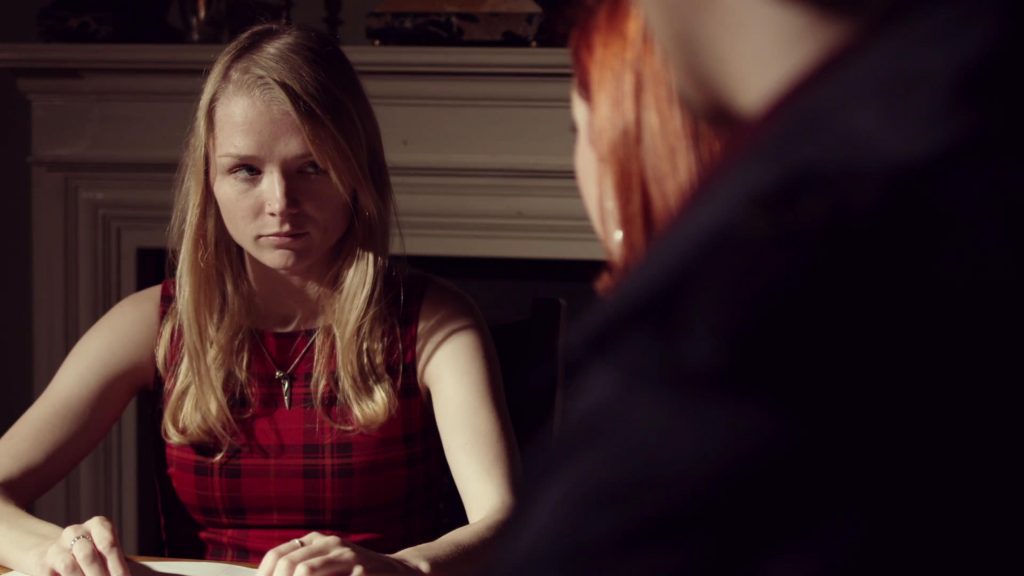 You’ll notice we haven’t mentioned trophies at all, they almost seem secondary to the matter at hand. It’s refreshing to just play without one eye on the unlocks. You can revisit episodes and mop up after finishing all six if you wish, but we’d recommend you’d play again anyway just to see the story.

Ultimately, Dark Nights with Poe and Munro is a well crafted FMV story with branching plotlines. It’s up to you whether you replay the storyline to unlock all the plot options. Poe and Munro are well acted with only the occasionally janky performance from some of the supporting cast. Think of it more as a well crafted B-movie than an A-list blockbuster and you’ll likely do well with this. Temper your expectations a little. We’re happy to report Dark Nights never descends into the schlock of notorious FMV title Night Trap anyway.

Dark Nights with Poe and Munro
7 Overall
Pros
+ Well scripted and acted for the most part
+ Good quality filming and sets
+ Trophies feel entirely secondary, which is nice

Cons
- Slow scenes from time to time
- A danger that many players won't see large chunks of the storyline
- Occasionally wooden performances from minor characters
Summary
Dark Nights with Poe and Munro is a well crafted FMV story with branching plotlines. Well acted and scripted with it and great value for six distinct episodes into the bargain. Well worth spending a few evenings with.