We reviewed Hunting Simulator 2 on PS4 a little while back and came away generally unimpressed. As a result, it was with no small level of trepidation that this reviewer revisited it on PS5. Does it warrant a re-release on the console of choice of the discerning scalper? Well, yes and no.

Upon loading HS2 on PS5 we were immediately struck by the obvious loading speed increase thanks to the much-vaunted SSD Speedway (so called by my kid due to Astro’s Playroom). Also, everything is in glorious 4K now. The wind has a discernible effect on grass with it visibly blowing the blades around. We went back to the PS4 version to compare and it’s remarkable how static it was when we reviewed it previously. 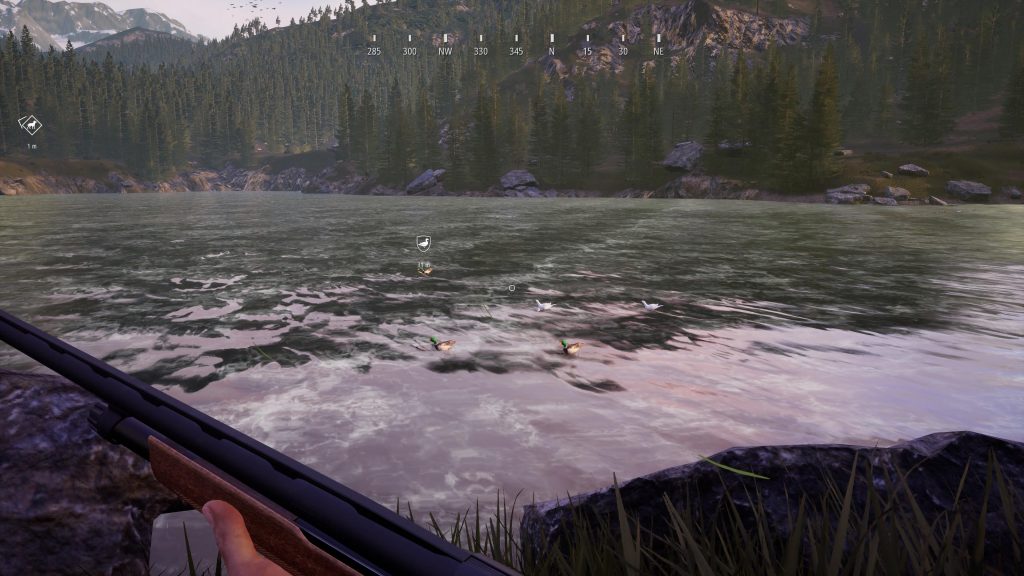 We hoped that haptics would have been front and centre, just as they were for the wonderful WRC9 PS5 port. Sadly, the only thing it shares is a publisher in Nacon, rather than the developer in Kylotonn. Neopica haven’t done anything with the DualSense other than basic rumble. Hearing an animal cry emanate from the controller for example. Nope, nothing.

Ultimately this is the same game as released back in June last year, so the same failings remain. The fact you get penalised when you can’t retrieve your quarry is still a problem. We shot a duck and it floated just a few feet away from us. Our dog swam around it having a whale of a time. Then another we shot and despite our dog having sniffed it out, the cadaver remained sight unseen. 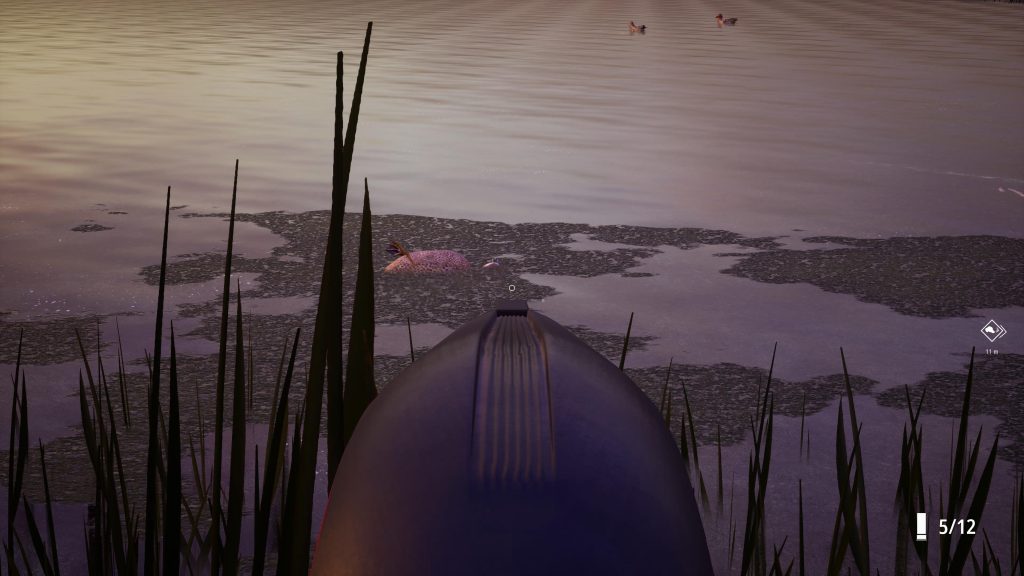 Thankfully these both happened on the same jaunt, after we’d fully kitted out ourselves with two weapons, accessories and all the licences that we could manage in the first location. We still came up short with missing licences. Why not concede to players that you can buy a licence to shoot a specific animal in the field. Heck, this is still a videogame after all. Realism would dictate you don’t have a mobile phone signal in the wilds, but at least grant us some comforts. 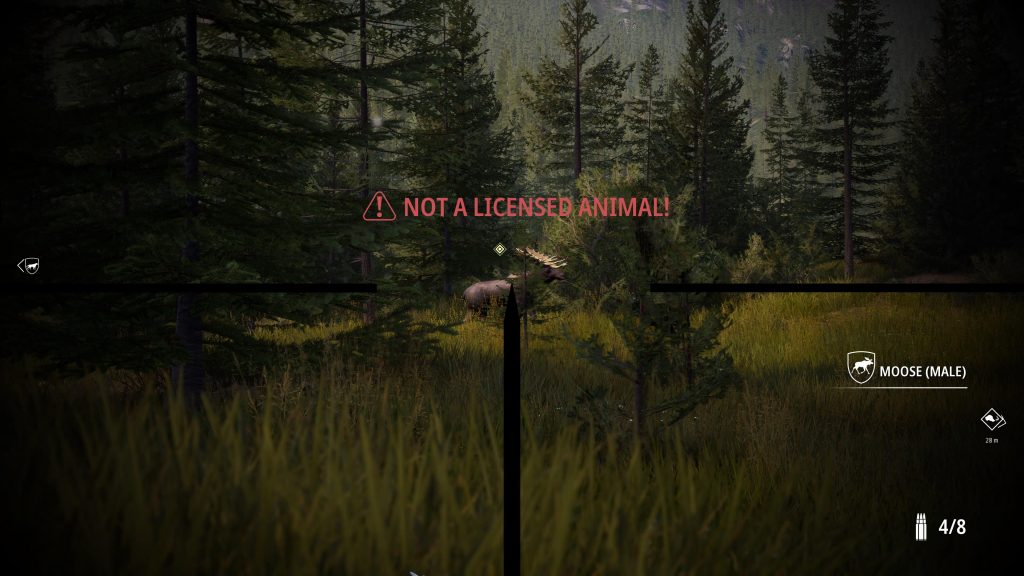 That’s not to mention the glitchy trophy conditions that have been added to the equation here. After a couple of early trophies, we fulfilled several conditions but no unlocks happened. Killed a fox. Nothing. Nada. Zip. Tracked a hundred animal tracks with our dog. Nothing. We’re on 182 tracked in fact. Still nothing. Then a whole load unlocked in a flurry after killing one poor unfortunate longhorned sheep. 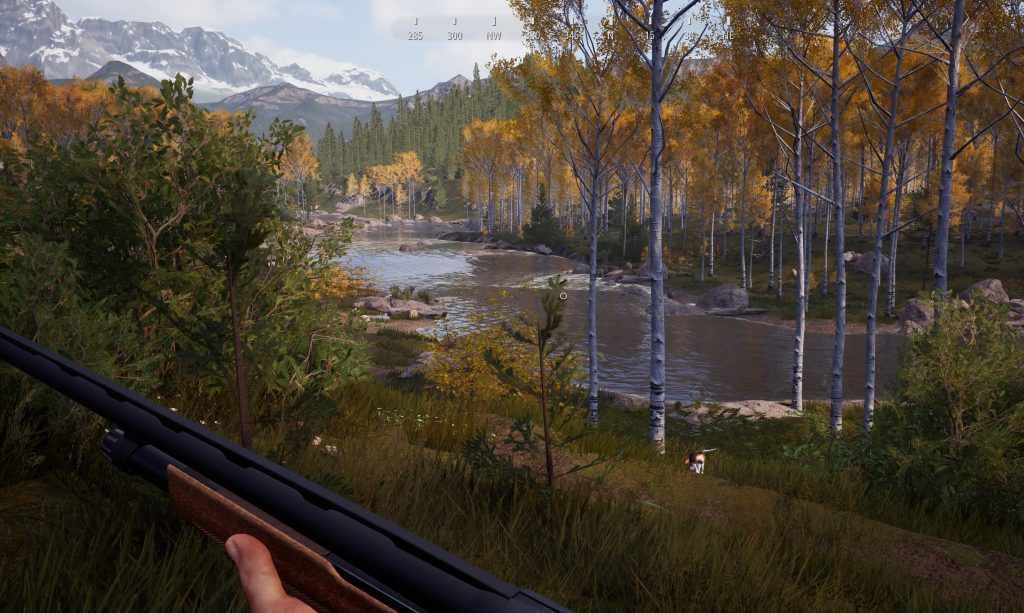 We spotted a nice little rendering glitch on a river in the Roosevelt Forest too. We observed it rendering section by section like we weren’t supposed to notice. Only we did. On top of rivers only having one state of water speed, slow and tranquil, regardless of the obvious changes in inclines. We guess a dynamic water model wasn’t high on the list of things to do. 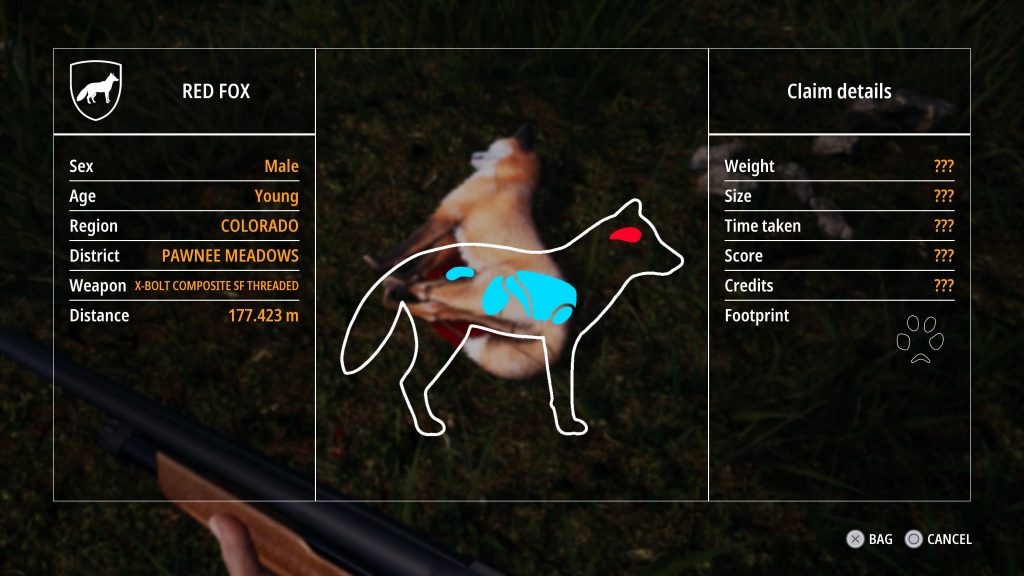 Nacon saw fit to include three sets of premium DLC on day one, plus a real beaut. We got dead excited that there was a new Ranger Mode available on the main menu. Only upon selecting it, it says ‘Get “A Ranger’s Life” DLC to unlock the Ranger Mode’. Is it available to download? Nope. It looks to be a campaign mode of sorts, but other than that, we don’t know when it’ll be available. 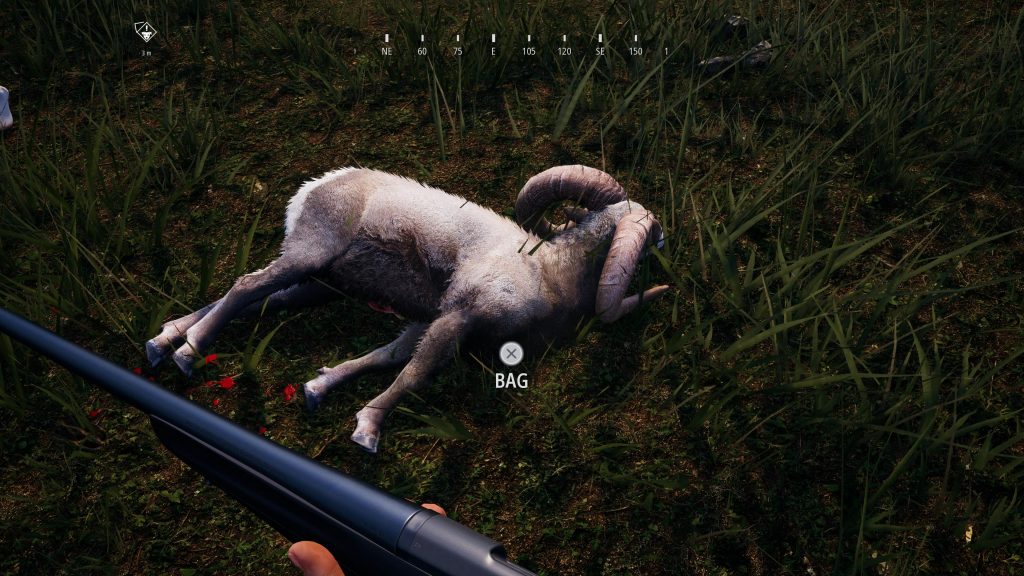 In conclusion, Hunting Simulator 2 on PS5 is much the same game as the PS4 version from last year, but oddly we found ourselves hating it a bit less. Admittedly it’s still fundamentally the same game and there’s added trophy glitches thrown in the mix, but other than the 4k uptick and SSD loading times, there’s not been any huge changes. It’s OK we guess, but hopefully a patch and the Ranger Mode DLC will be incoming soon.

Hunting Simulator 2
6 Overall
Pros
+ 4k graphical update is impressive enough
+ Load times are as quick as you’d expect from the SSD
+ Fundamentally the same game if you liked it then
+ Your dog is still ace
Cons
- No haptics support here
- Still afflicted by many of the same problems that beset the PS4 version
- Glitchy trophy conditions if they unlock at all
- Day one DLC plus one whole new mode still unavailable with no ETA apparent
Summary
We really didn’t like Hunting Simulator 2 on PS4. This re-release on PS5 adds 4k visuals and takes advantage of the SSD well. We liked the look of new addition Ranger Mode, at least we would’ve if it was released. We didn’t like the day one premium DLC and trophies are intermittently glitchy, but somehow we found ourselves not outright hating it.