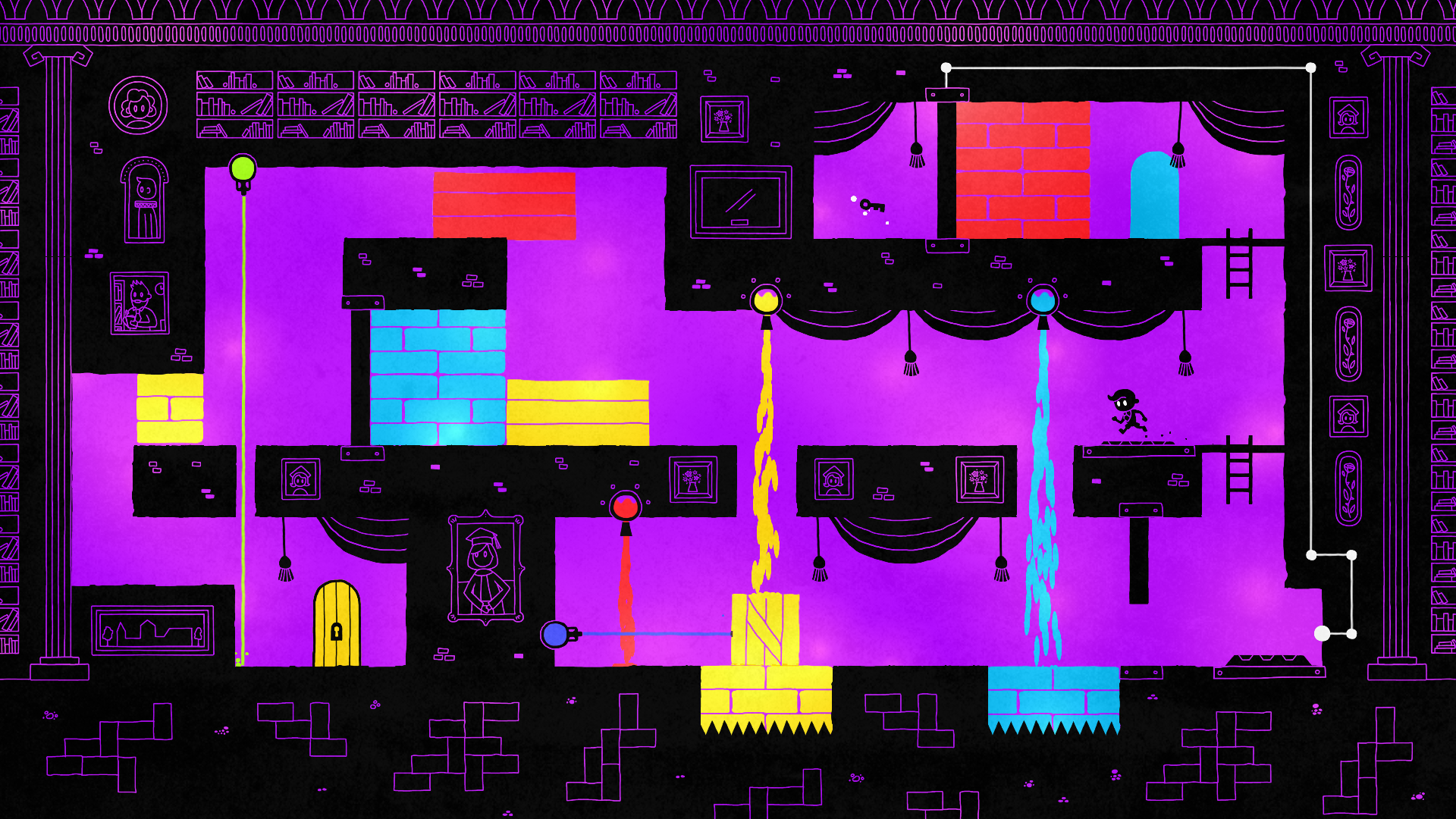 Hue by Fiddlesticks was released on the PS4 a few months ago and now there is a Vita version with cross buy. That’s the version of this unique puzzler I’ve been looking at.

You play as Hue, a boy who is looking for his mother. She invented a ring that allowed her to see colour in their monochrome world but has now disappeared and the ring is in pieces. By finding and collecting these shards Hue will gain the power of colour which allows him to manipulate the world. 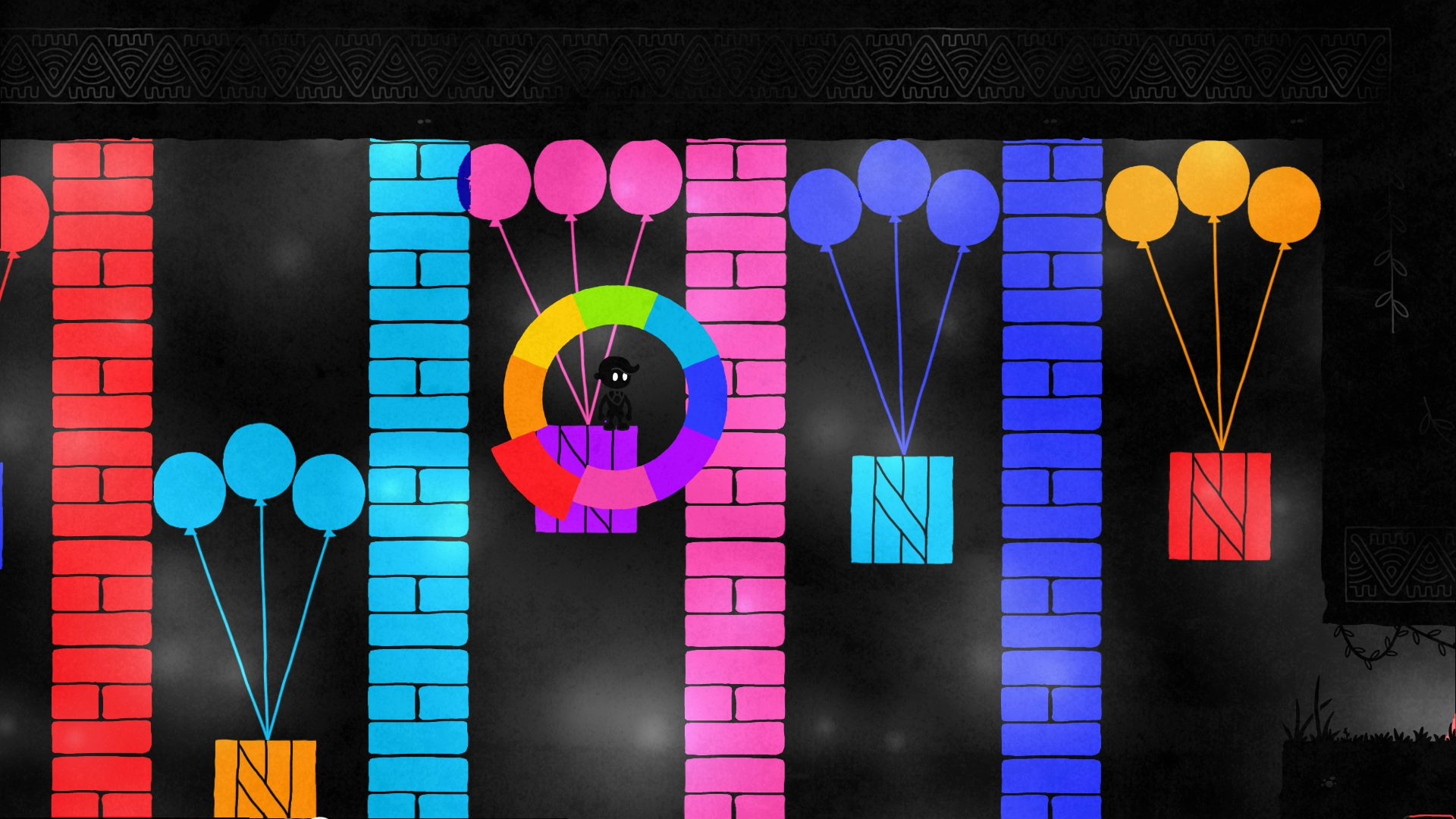 The story is told through letters you find as you enter new areas which have been written to Hue by his mother. The language can get a little wanky at times. Early on the concept that I’m sure we’ve all discussed in the pub with friends of “Is the blue you see the same blue that I see?” comes up and there are more examples as you progress. The story is fine but that wasn’t why I kept playing.

Hue is a puzzle platformer, one that’s more about the puzzling than the platforming. The majority of the movement is pretty straight forward and isn’t going to need any Super Meat Boy style skills. You’ll be using your brain to figure out how to get from one end of a room to another and there is only one ability Hue has for the entire game. 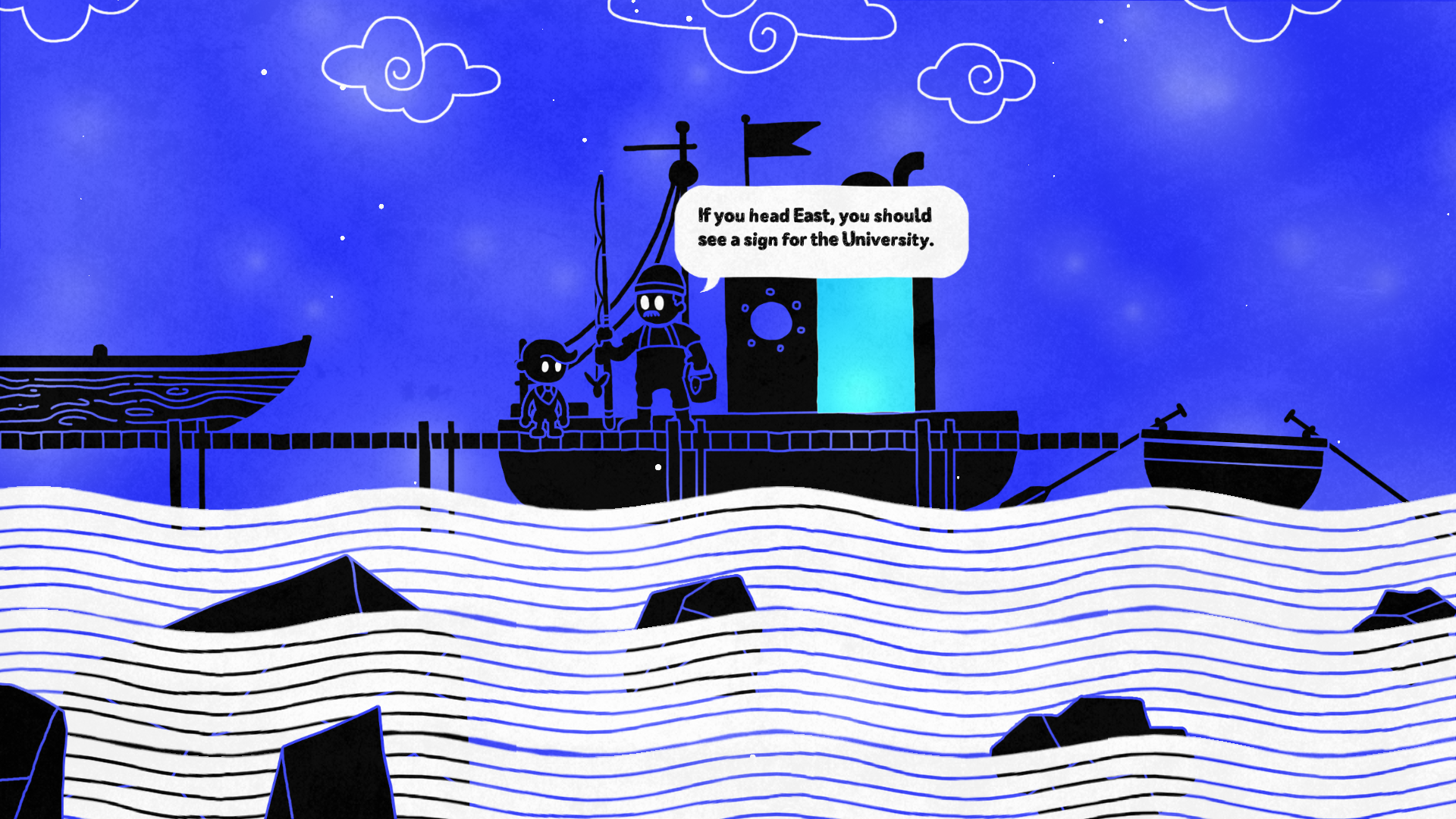 The different pieces of the ring you pick up represent a different colour. The first you pick up is blue, then shortly afterwards your path is blocked by a blue boulder. Using the right stick you can select the colour you want on a radial menu (a colour wheel if you will!) which will turn the background that colour. The rest of the world stays monochrome but any objects that are the same colour as the background vanish. So that blue boulder that was in your way? Change the background blue and simply walk past. This is how it stays for the remainder of the game.

Of course as with any puzzler the abilities may not change but the obstacles do. As you progress across the seven worlds things go from relatively simple with one, two or three colours and some minor block pushing to eight colours, lasers, spikes and more. The majority of the game I didn’t find too taxing but the last world really turned things up a notch.

There are also collectibles littered about although I don’t think they serve any purpose beyond a trophy. Initially they’re obvious but slightly out of your way but before long they are hidden behind solid walls that you just happen to be able to walk through, which wasn’t appreciated. 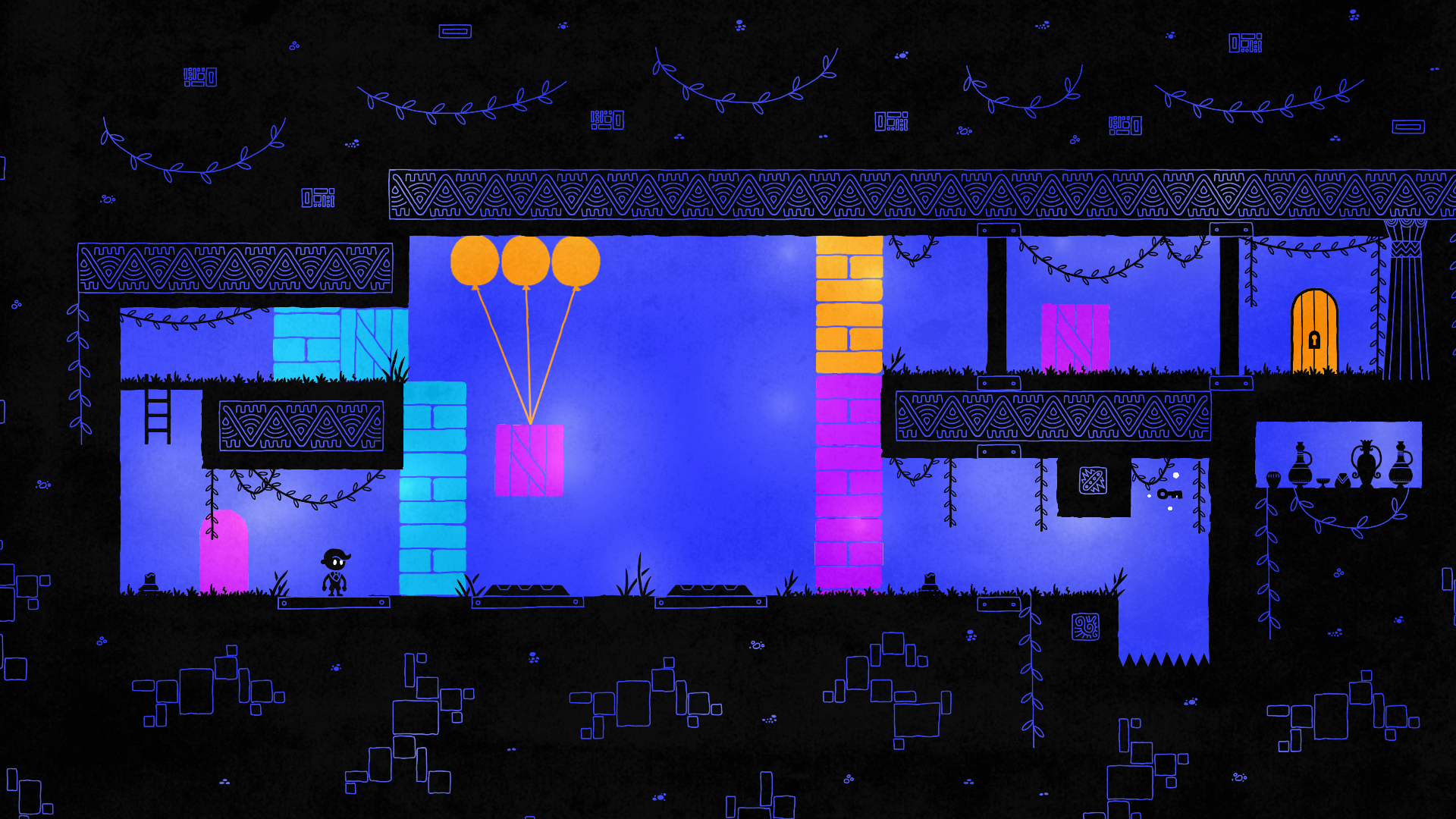 The visuals are quite striking as you can probably see with the solid blacks on bright coloured backgrounds. It’s a shame that you actually just get used to the aesthetic and there’s no real stand out moments where you stop and stare but it’s solid throughout. If you struggle seeing colours there is a colour blind option which adds symbols to surfaces which is an important addition. The music is pretty much all piano based and more sombre than catchy. It’s good though and doesn’t grate whilst you’re reattempting puzzles which is vital.

I encountered a few little bugs whilst playing which were fixed by leaving and re-entering the area like jumping off a moving platform and yet my character sliding around as if he was still on it, dying for no reason and items not changing colour when they were supposed to. The only other issues I had were the right stick sometimes selecting the wrong colour as I let go and the inability to manipulate the camera to view the entire level. There were times in the more complicated levels where I didn’t know what I was supposed to be doing because I couldn’t see the whole picture and just had to move forward blindly.

You can complete Hue in about six hours and besides stopping to eat I did it in one sitting, not because I was reviewing it but because I was enjoying it. The initial levels are pretty quick to get through which kept me interested to see what was introduced next whilst the later ones are more difficult and last a bit longer as well. You can return to areas to get any collectibles you missed but there aren’t any extra modes or replay value otherwise. 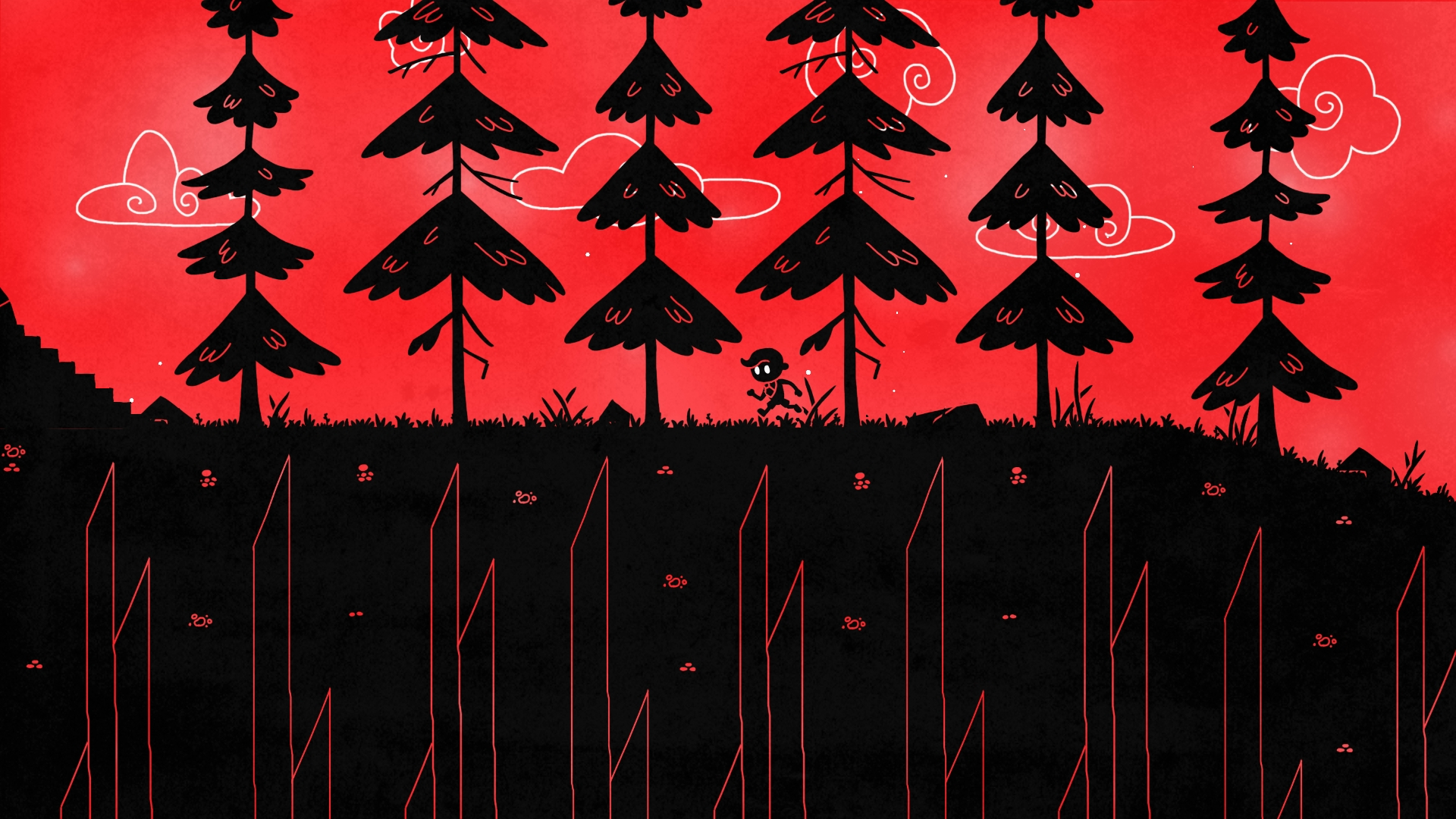 Hue is a very good game. If you’ve enjoyed other puzzle platformers like -KLAUS- recently then this will be right up your street. It doesn’t get too challenging until much later on but it’s constantly introducing new elements to keep things fresh and is probably about the right length. The lack of camera controls was a pain in the larger rooms and I encountered a few bugs here and there but overall this is a solid package that’s certainly unique.

Hue
7 Overall
Pros
+ Unique gameplay mechanic
+ A good learning curve
+ Great presentation
Cons
- No camera controls
- Minor bugs
- No replay value
Summary
Hue is a unique puzzle platformer that will keep you entertained to its conclusion. There's no real replay value but the design and the steady introduction of new obstacles make it worth a look if you're a fan of the genre.