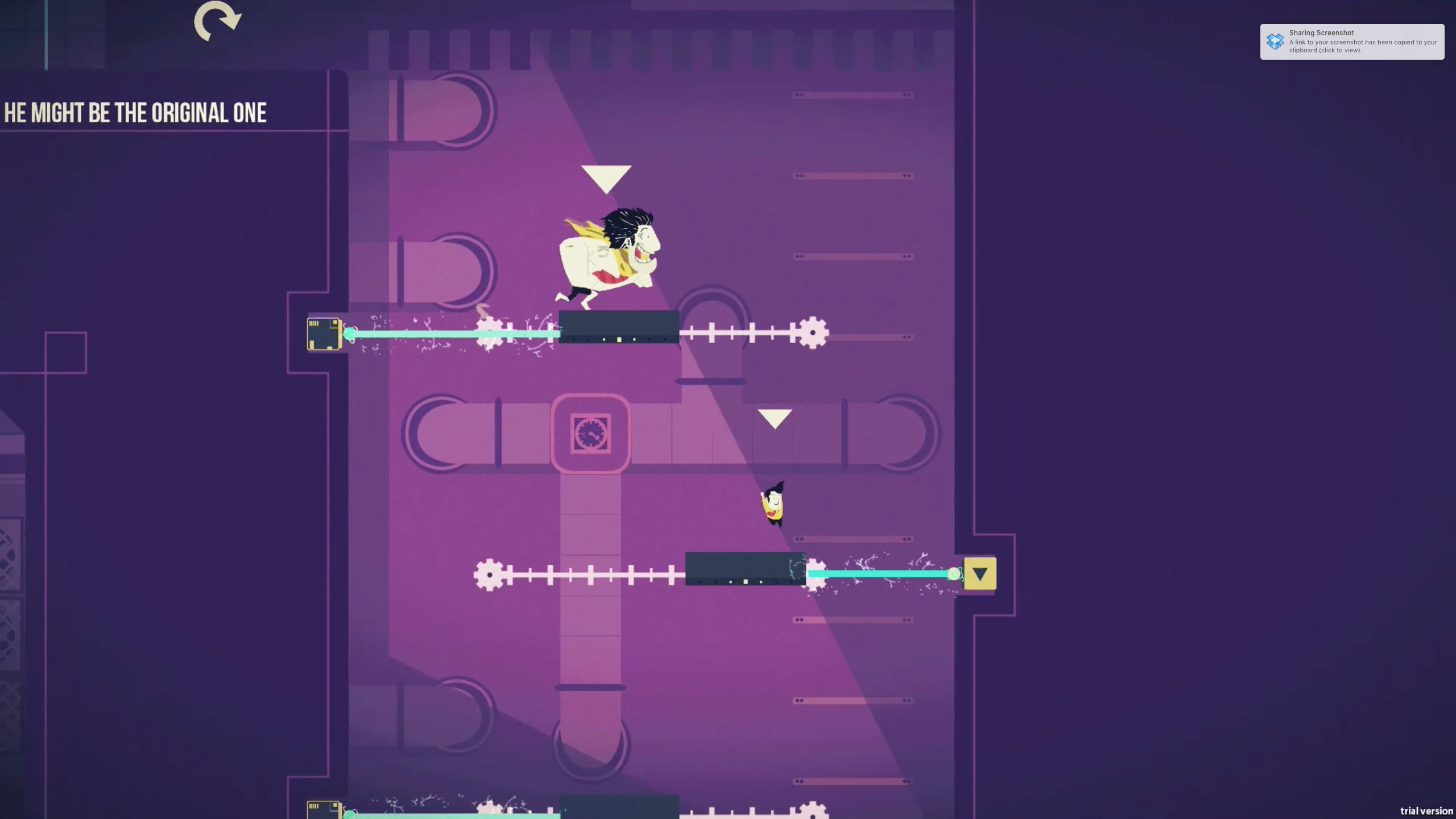 -KLAUS- is a new PS4 release from La Cosa Entertainment. It’s their first game and was originally conceived as a hardcore platformer with a meaningful narrative. As a fan of the likes of Super Meat Boy and ‘Splosion Man I was looking forward to giving it a try and I was not disappointed. 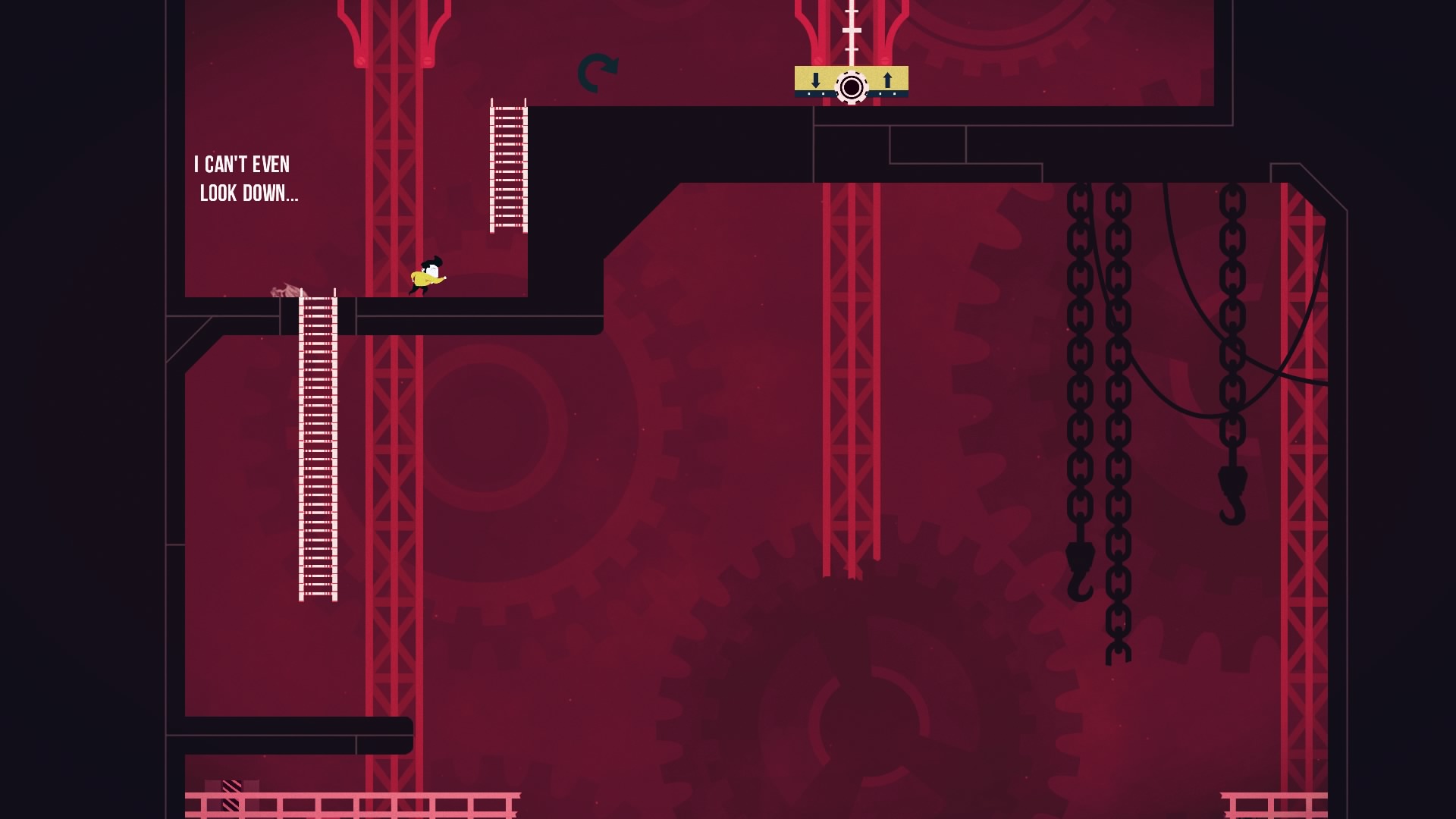 You start the game as a man who wakes up in a basement with amnesia. All he knows is he has -KLAUS- tattooed on his arm and that he wants to get out. Then starts a rather basic platformer where you can run, double jump, hack and nothing else. Shortly afterwards another character is introduced. You, the player. Klaus interacts with you through speech superimposed onto the background and you in turn interact with his world by using the touchpad on the DualShock 4 to lift or rotate certain platforms. It’s not ideal but thankfully the game never asks too much of you as far as platforming and using the touchpad at the same time which could have made things a chore.

Shortly after that yet another character is introduced, K1. He is much bigger than Klaus and can hit things using his strength and glide using his cape but can’t double jump or hack. You can switch between controlling either character by pressing the triangle button and you will have to as a decent portion of the game is spent sending one character one way and the other another, helping each other advance using their unique skills and meeting up at the end of the stage. If they do happen to be together you can control them both at the same time by holding R1 which is fine when running but can get a bit awkward for anything more than the simplest of jumps.

These controls are all you need for the whole game, but as with any good game as you continue on -KLAUS- takes those design elements and builds on them, and builds on them, and builds on them some more. Each set of levels introduces new platforming elements which may just be obstacles or enhance your movements and there are even some interesting twists. Without spoiling too much Klaus is aware that you, the player, are controlling him and he doesn’t necessarily like it. On top of this there are hidden warp zones in most levels which grants you a collectible. These hidden areas play with the players expectations as gravity is changed, the screen is turned upside down or any other number of twists of the game’s dynamics. 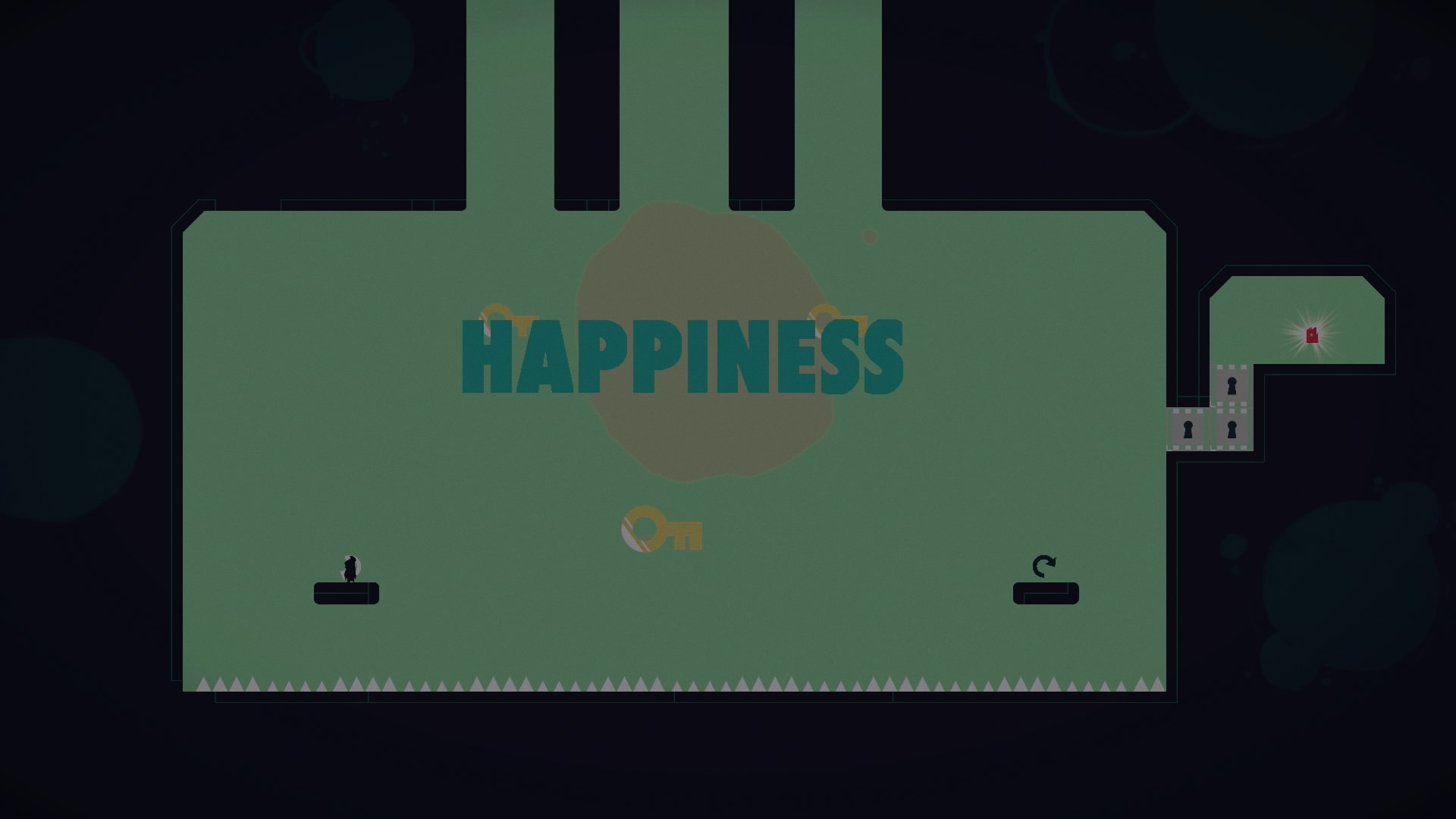 Get every collectible in a world and you get a little backstory as to what is going on. Collecting them all grants an extra part at the end of the game to tie things up. In all honesty the story wasn’t what kept me playing though it is perfectly fine and I like the way it’s presented. In fact the presentation as a whole is excellent. It may just be 2D graphics with rather basic animation but the minimalist design and use of colour in the levels is very pleasing to the eye with clear visuals. There are some catchy tunes and you’ll even get a few grunts from Klaus and K1 through the speaker in the DualShock which is a nice touch.

Although the platforming is a lot of fun the controls aren’t quite as tight as you might expect having played Super Meat Boy. Generally they’re fine but Klaus does do this odd thing where once you’re falling in a certain direction it is difficult to stop it. There is not enough air control for jumping on smaller platforms but at the same time -KLAUS- never reaches Meat Boy levels of difficulty. It has its moments but the difficulty is well balanced throughout and even if you do die there are checkpoints littered throughout the levels so you never get sent back too far.

The only true blip in the gameplay are the three boss battles in the game. Every single one just involves waiting for the boss to finish its invincible stage so you can damage it and pretty much every gameplay mechanic used in the rest of the game is ignored. They last too long and aren’t any fun and the game would have been better without them. 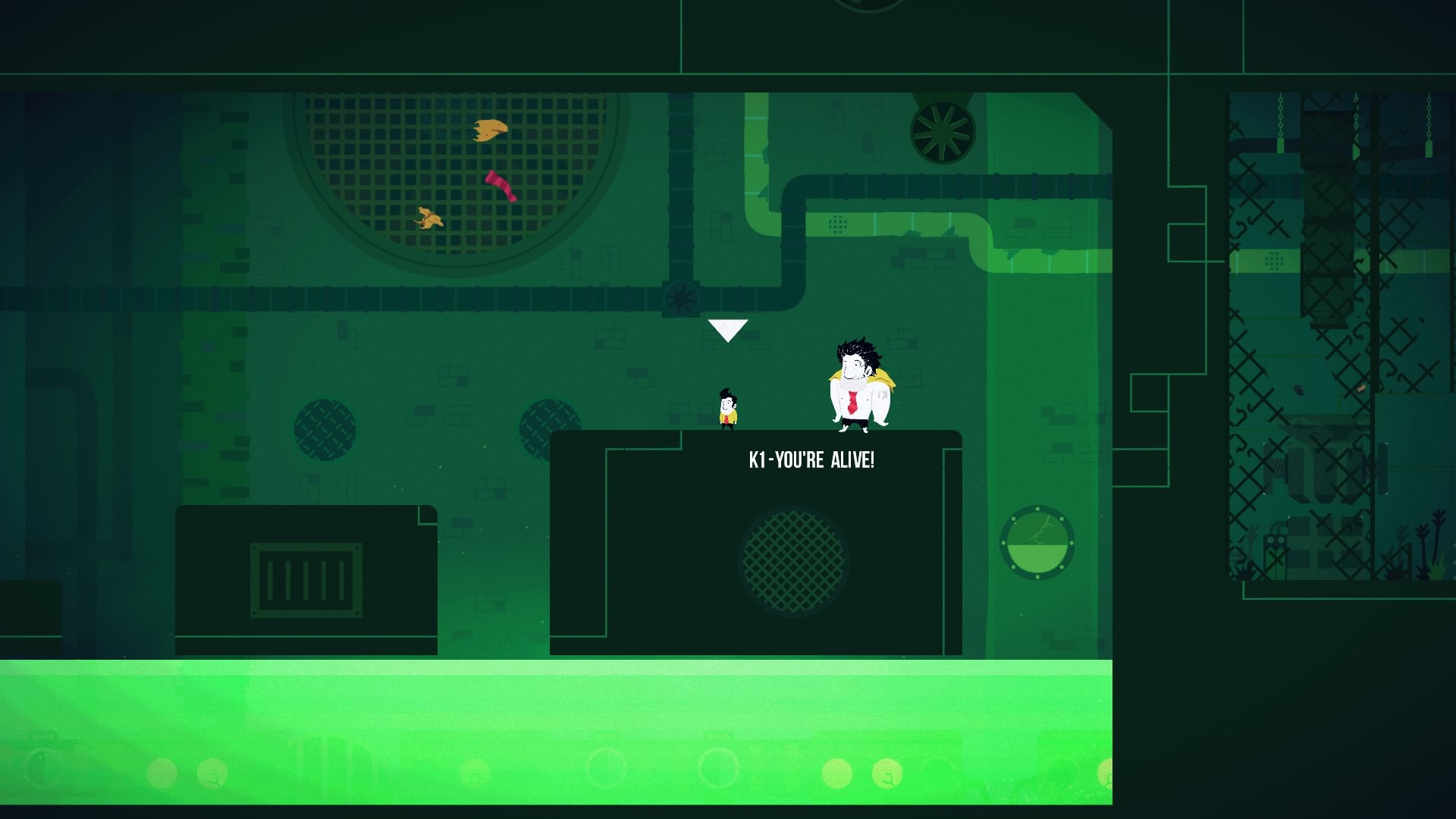 Still, that’s three boss battles out of six worlds each having about six levels so it’s only a small portion of the game and it’s a game I heartily recommend. It took me around three hours to finish the story mode and you unlock Arcade mode after that which allows you to play any level you wish and challenges you to beat time trials on each level. I certainly have every intention to give this a shot but even if you don’t, if you’re a fan of the likes of Super Meat Boy, ‘Splosion Man or Battleblock Theatre you could do a lot worse than give -KLAUS- some of you time.

-KLAUS-
9 Overall
Pros
+ Fun platforming mechanics that build over time
+ Great design
+ Not sadistically hard
Cons
- Boss battles are super weak
- Jump controls aren't as precise as one would like
Summary
If you're a fan of the likes of Super Meat Boy, 'Splosion Man or Battleblock Theatre you could do a lot worse than give -KLAUS- some of you time. The platforming mechanics are fun and build over the course of the game. Only the boss battles let it down.