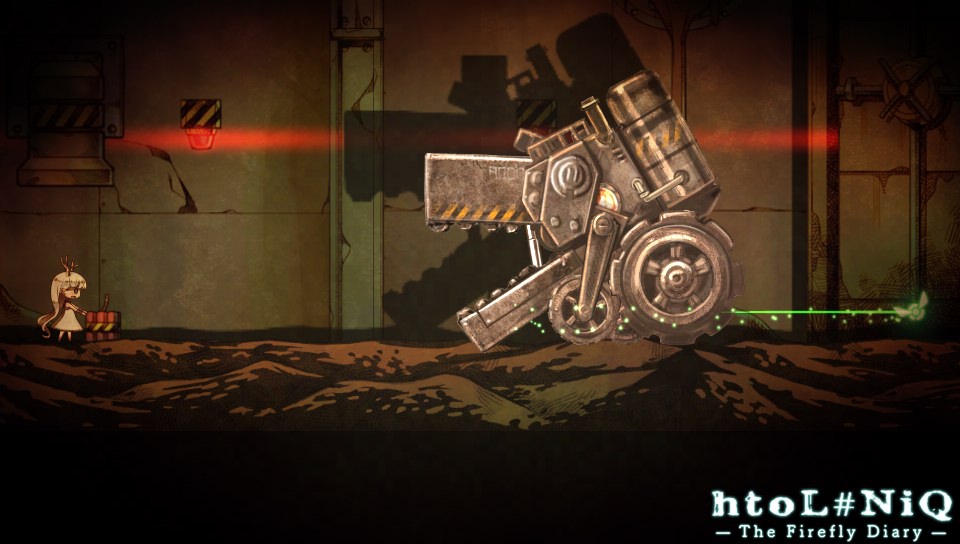 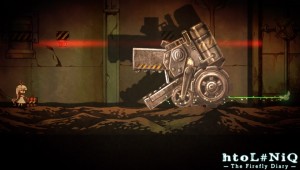 Purportedly pronounced Hotaru no Nikki, htoL#NiQ is a puzzle platform game with the emphasis on puzzles.  It’s brought to us by Nippon Ichi Software (NIS), the same people known most outside of Japan for Disgaea, and recently for the scandalous Criminal Girls game.  As you’d expect this game fuses detailed 2d art with some messed up story and some dark emotional themes.

You play as a girl, Mion, who has antlers growing from her head.  As seems to be par for the course in games nowadays you wake in a strange location with no memory of how you got there.  Queue an arty game with an emotional story interwoven with puzzles.  Having no direct control over Mion you instead control two fairies, a green one called Lumen and purple one called Umbra.  Mion will follow where Lumen goes and you can interact with various obstacles to solve the puzzles encountered.  Umbra on the other hand can only move and interact in the shadows, when you control Umbra the game world pauses.

This light and dark mechanic brings to mind Contrast, and the way you indirectly control Mion also reminds me of Murasaki Baby.  However htoL#NiQ has one unique feature these other games lacked, and that is a fucking appalling default control scheme.

Let me make this clear, the control scheme is so piss poor it renders the game unplayable.  The default scheme uses both front and rear touch pads and is so shambolicly implemented that at one point I actually though my vita had broke.  The fact you need to make very precise gestures with your fingers renders the use of the back touch screen as something akin to pin the tail on the donkey, and means when you use the front screen your hands cover the things you are meant to be interacting with.  Luckily for the game, and your own sanity, you can switch from these abysmal controls into a scheme using the face buttons.  Whilst these still have issues the use of the buttons at least renders the game playable, although inaccuracy of movement is still a huge issue. 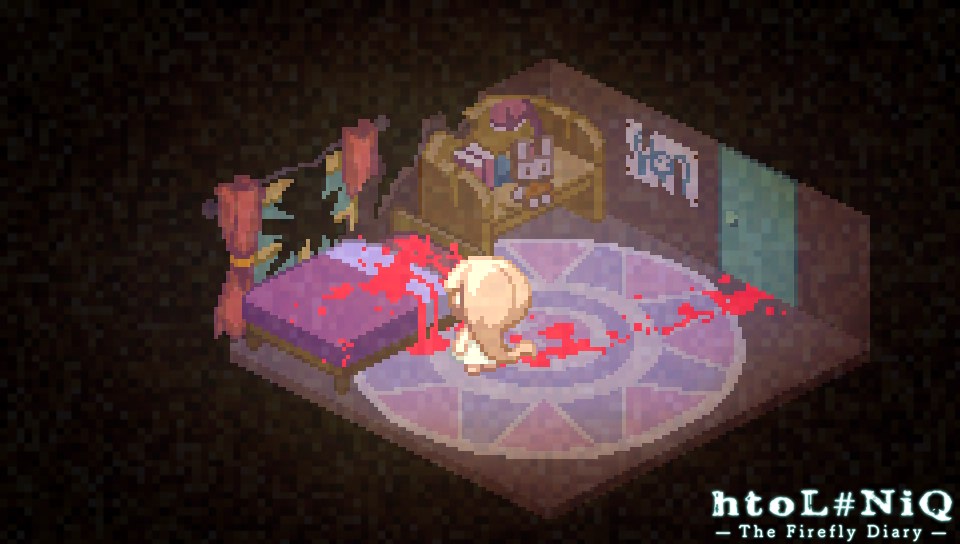 Based over four chapters, each with three stages plus a boss stage this game is fairly short.  The only things that will delay your progress are the punishing difficulty spikes.  This game relies on some torturous trial and error and instant death gameplay.  Many a time you feel you’ve avoided death through luck alone.  This is not a good trait for a puzzle game, and coupled with the poor controls I began to wonder whether NIS actually hates the player.

The art within the game is very nice, the main character of Mion is perfectly detailed and has a lovely otherworldly quality.  The stages you traverse start mechanical in style and progress to more organic ones.  I was reminded of the run down art style seen in City of Lost Children or Twelve Monkeys.    Added to this is some fantastic use of light and shadow, Lumen acts as a light source and consequently moving her around the screen allows the shadows to grow and change.  You can spend quite some time messing around with this and it really does look lovely.  All of this sits consistently together and is coupled with some great ambient music. 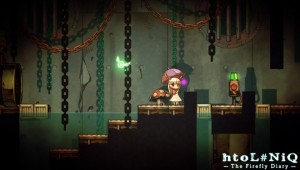 It’s an odd one then that this art style changes dramatically when you collect one of your lost memories scattered throughout each stage.  The play screen glitches and then you are looking at an isometric bitmap style area with cutesy graphics and basic controls.  The whole look of the game changes at this point and although these segments are short they interrupt the main flow of the levels.

The sole purpose of these memory segments is to fill in the back story and they offer neither any real gameplay nor any challenge.  Whilst it’s a nice way to fill in the background they clash somewhat with the rest of the game and I’m not convinced these segments work.

As much as there are things wrong with this game I did find myself wanting just one more go.  The frequent auto saves allow you to retry sections you’ve died on, and the ability to quickly select past stages allows you to go back and challenge for the trophies on offer.  Also the plot intrigued me and I did want to find out what was going on.   It’s an odd thing really, as although I wanted to go back to this game I can’t say I actually enjoyed my time with it.  It’s a game which looks much more attractive in pictures, and I think on balance you’re probably best of doing just that. STEVEN

htoL#NiQ
4 Overall
Pros
+ Great art style and use of light and shade + A compelling story makes this oddly compulsive to play
Cons
- Broken control system - Horrendously unfair difficulty spikes - The memory segments really jar with the rest of the game - Not actually enjoyable to play
Summary
This is a game which is best enjoyed from a distance as playing it is a frustrating experience. Obtuse story, infuriating controls and brick wall difficulty make this a hard game to love.