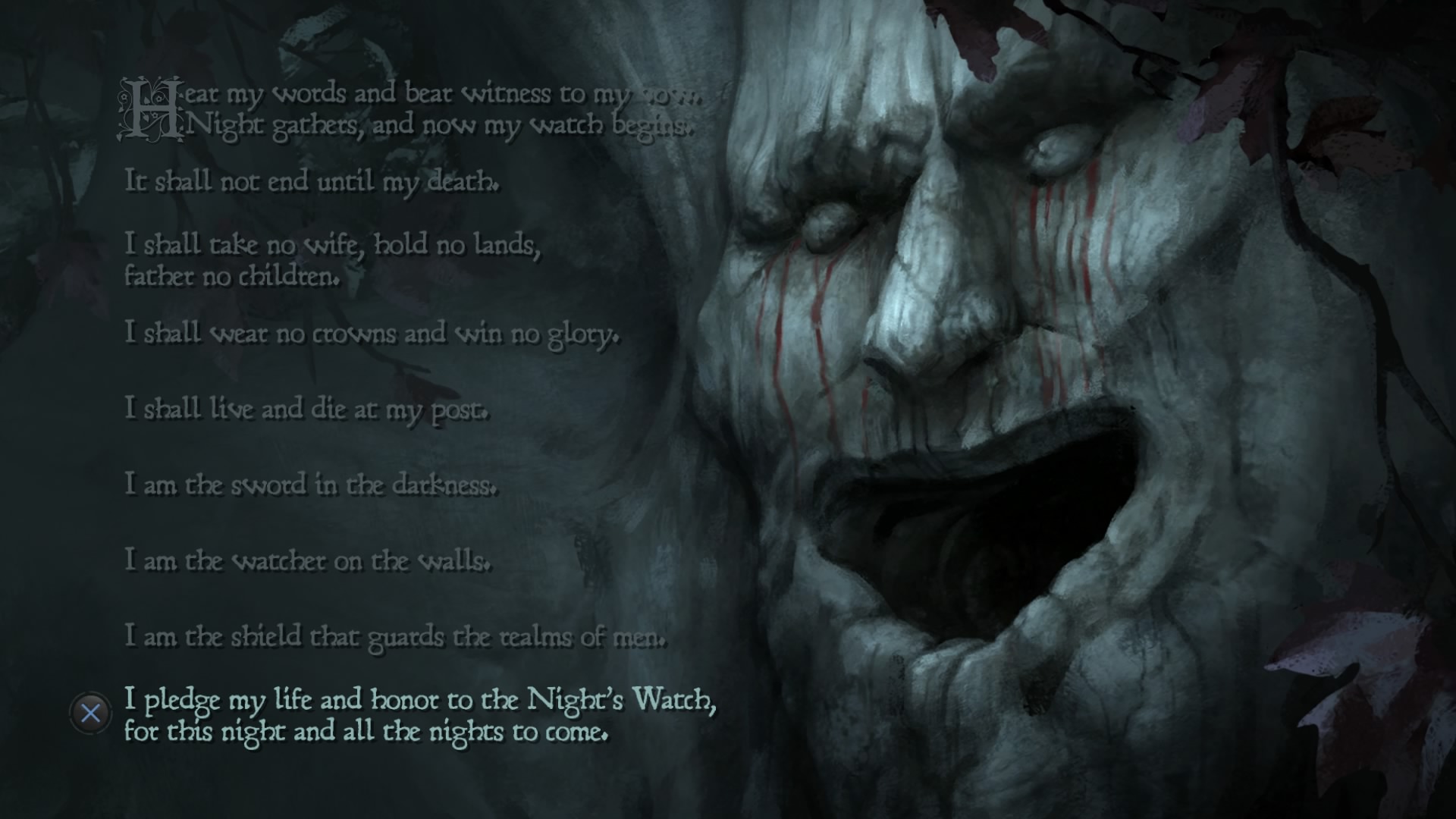 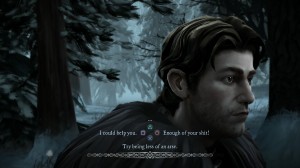 With the trailer promising dragons and Daenerys, Game of Thrones: Episode 3 had laid a lot of expectation for another action packed episode.  However I’m abundantly aware that often the central part of any story can feel laboured somewhat.  It was with these mixed expectations that I sat down to play my way through The Sword in the Darkness.

There are a lot of characters in this game and the recap at the beginning of the episode really helped to set the scene, being as it was a good few weeks since I last sat down to play.  As the title alludes during this episode you’ll find yourself taking the Black and joining your brothers in the Night’s Watch.  However before you get there though, you’ll start over in Essos playing as Asher.  As seems to be the way with the previous episodes the first act throws in some excitement with Asher having to make a decision which will carry consequences later on.  Then just like the TV show the titles kick in and that music booms out of your speakers.  As has been said before, the use of licensed music and locations really sends a tingle down your spine.

Although this purports to be an interactive story game, your interaction really is limited here.  Many of the scenes you’ll  play boil down to talking head situations, with the only action coming from the tight time limit you have to make your dialogue choices.  On the one hand this works well as it focuses your mind on the decisions you are making, and can leave you on the edge of your seat.  On the other hand the lack of interaction leaves the story having to do the leg work in the entertainment stakes.  And using such an established property the expectations of the player is bound to be high. 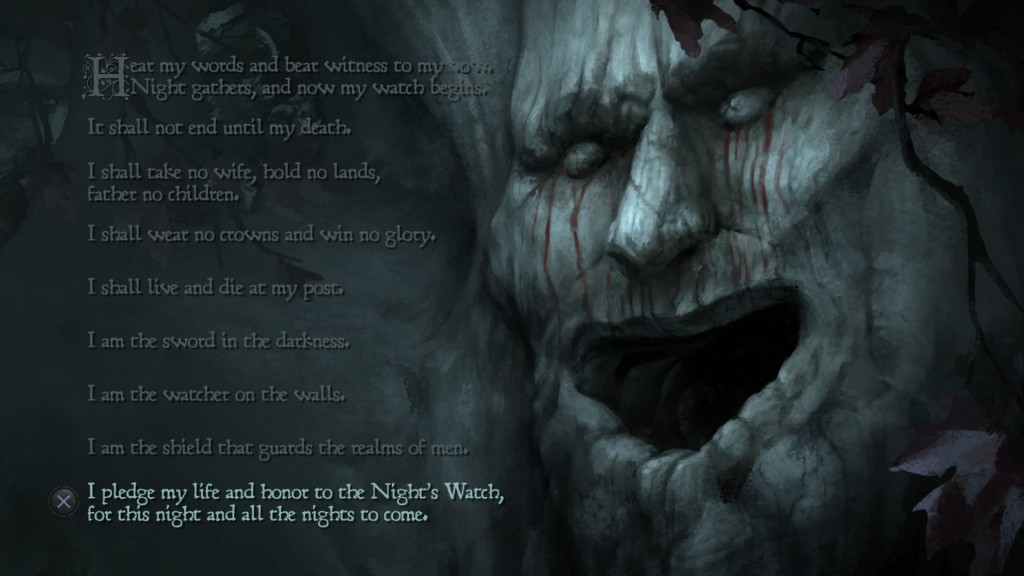 Certain scenes work exceptionally well, the political machinations around Iron Hearth being a great example.  However when the story moves to involve a much loved character, such as Cersei, the flaws become apparent, not least of which is the fact her character model looks awful.  In Kings Landing the character Mira is well placed to offer a different view point, however I found the interest Cersei had over Mira to ring false.  It was just not in keeping with the bitch Queen we know from the TV show to be even slightly interested in what a handmaiden was doing.  This feeling also spread to other scenes within Kings Landing and resulted in this entire section coming across as so much filler, and just missing the narrative pulse somewhat.

Elsewhere throughout the game some other conversations came off as jilted and false.  A Potentially moving scene past the wall, when you take you vow, is ruined somewhat by a badly scripted conversation before hand.   If a game is to rely this heavily on story, then that story needs to be faultless.  When the story works, as it often does, it can be very engaging.  However this means that when the story hits a bum note you really notice it.  Taken as a whole though, this episode does succeed in moving the overall plot forward in a meaningful way.  It also has some decent sections, which although not as tense as some you played in the earlier episodes, show off the quality of the story. 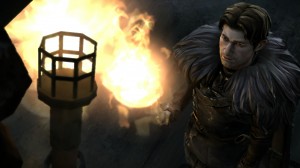 Overall the voice acting is great and the use of the license here really lifts the game.  The music and the graphical assets really make you feel part of the universe, and this is a massive draw for any fan of the show.  Add to this famous voice talent from the show and you have an intoxicating offer, one which any fan will find hard to resist.  This is a game which can be completed in around 2 hours, and has extremely limited replayability.  However for those hours you spend with this game you will be fully immersed in a faithful recreation of the land of Game of Thrones.

There is little to no interaction in this game other than the conversations.  Comparing this to Life is Strange which allows much more interaction shows how a similar kind of game can be executed in two totally different ways, and the comparison isn’t good for Game of Thrones.  Whilst it may be too late for Telltale to change Game of Thrones, they ought to keep a wary eye at what DontNod are doing.

Game of Thrones: Episode Three – The Sword in the Darkness
6 Overall
Pros
+ Great use of licence + Generally high standard of story telling. + Moves the existing story along nicely and introduces new un expected twists.
Cons
- Some scenes are very poorly scripted and really break the fiction. - Limited interaction makes this hardly a game at all. - The art style isn’t as effective as it thinks it is. - Relatively short game, with almost zero replayability.
Summary
Overall the voice acting is great and the use of the license here really lifts the game. The music and the graphical assets really make you feel part of the universe, and this is a massive draw for any fan of the show. Add to this famous voice talent from the show and you have an intoxicating offer, one which any fan will find hard to resist.