Screeching onto the PlayStation like the result of a one night stand between Micro Machines and Burnout, Milestone’s Hot Wheels Unleashed is an adrenalin-fueled love letter to the brand and quirky racers in general.

Viewed from a third-person perspective, Hot Wheels Unleashed tasks players with racing their perfectly created mini motor along a series of pocket-sized tracks that take place in a variety of environments such as skate parks, building sites and college campuses. The miniaturised nature of the cars and courses enable races to take place on multiple levels, with jumps, loops, and chicanes a common feature throughout. 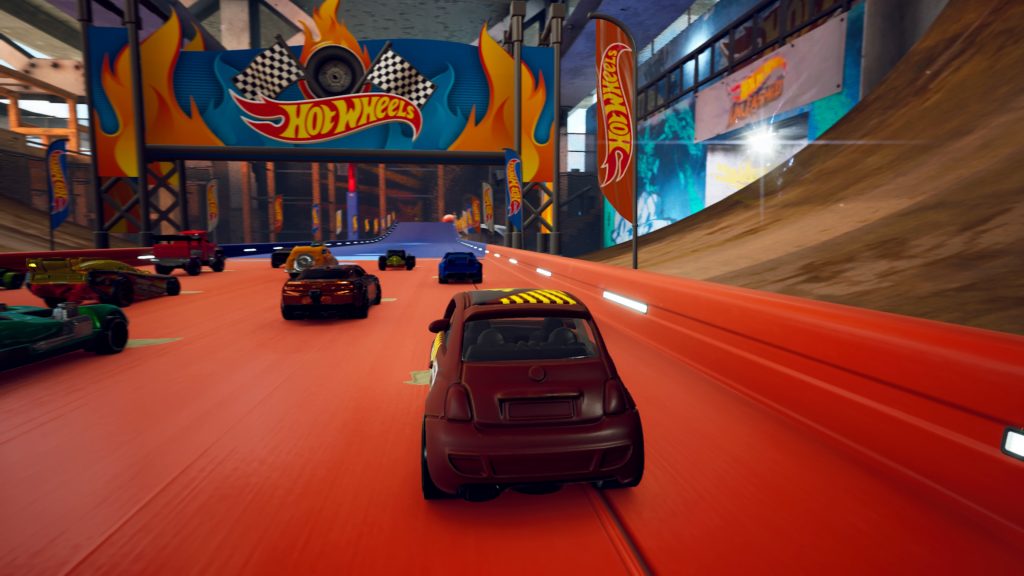 There are more than 60 different vehicles to unlock, and they include classic toys, real-life models from the likes of Ford and Audi, and the likes of the Back to the Future DeLorean and Knight Rider’s KITT. Initially, you’re allocated a random selection of 3 models to race with, and as you can imagine, they all have their relative strengths and weaknesses. My trusty Fiat 500 might not have had the elan of an Aston Martin DB5, but it’s SOOO economical on the pennies.

Level selection takes place on a hub map reminiscent of the Burnout series, with new choices unlocked as you progress. Races are typically against computer-controlled opponents or the clock with consistent play awarding you points to spend or other items. For what though? Well, Milestone has ensured that completists are well served with a wealth of customisable content over and above the numerous cars. Also included out of the box is a track builder that allows you to unleash your creativity on your friends and family should you see fit. The Basement is another fully customisable environment where you can track build and express your inner Laurence Llewelyn-Bowen by changing the decor, furniture and other elements to suit your taste. 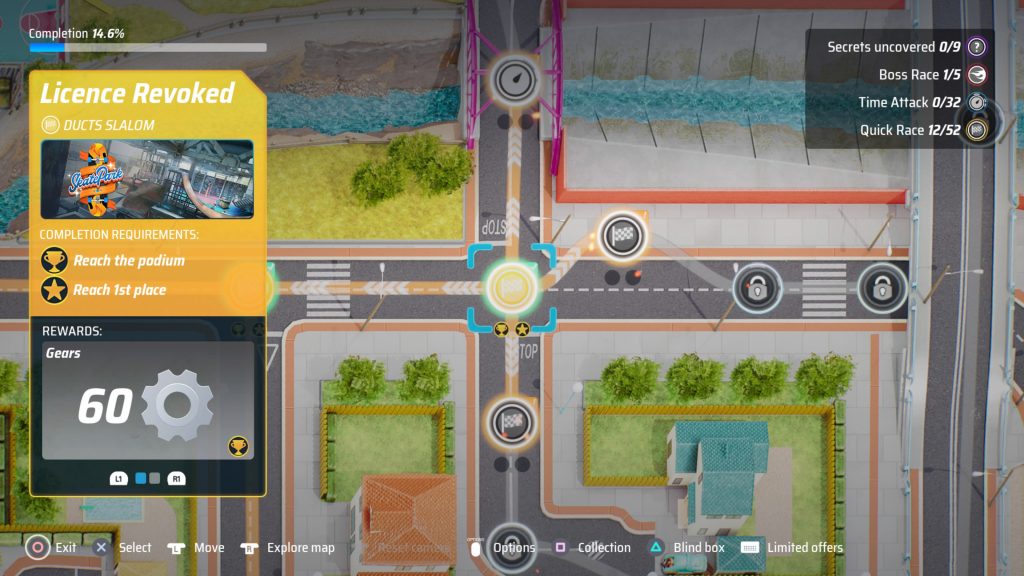 With these levels of customisation, the game really shines, and hopefully, as the game matures, so will the community. The option for sharing tracks is there, but it’s rather clunky, so hopefully, this will improve in further updates. If you’re the sort of person who likes to experiment and tinker, this is definitely the game for you.

But what if you aren’t? Well, if that’s the case, you might need to weigh up your purchase a bit more. The racing sections are exhilarating, with the drift/boost mechanic and aforementioned track designs providing the speed rush that race junkies will love. However, there are a couple of downsides. Firstly, in terms of game modes, it’s only really a choice between the time attacks and standard races – don’t expect any combative features that you might find in other arcade racers. Secondly, the verticality of the tracks can create the odd frustrating moment, especially where the path turns magnetic and you flip upside down. I found switching planes to be disorientating, and it would often result in my position changing from first to last, which became extremely frustrating. To be fair, I only found this with one course, so hopefully, this won’t be an ongoing niggle. 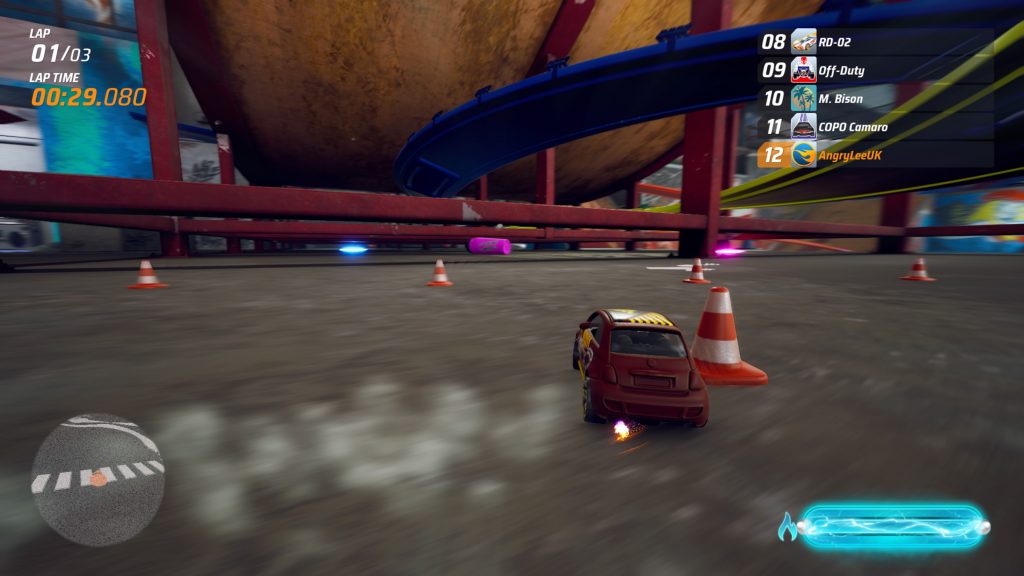 In terms of presentation, the visuals impresss with lovingly detailed recreations of those toys you used to play, coupled with a variety of environments and twisty turny tracks.  The sound ranges from standard engine noises to a disco funk soundtrack that makes a nice change from the usual rock or dance choices.  Bruno Mars might be having a word though.

So would I recommend the game? Well, as I’ve mentioned, that depends on you. If you’re looking for a pure arcade racer, this ticks all of the boxes, but many cheaper options are available. However, if you’re willing to get your hands dirty, you’ll find a quality product that should only get better as your time with it increases.

Summary
A fun arcade racer that provides added value for those willing to get their hands dirty. However, those who just want to race might find the experience a limited one. Buy into the whole creative side and it’ll make you feel like a kid again, especially if you’re the type that likes to collect.