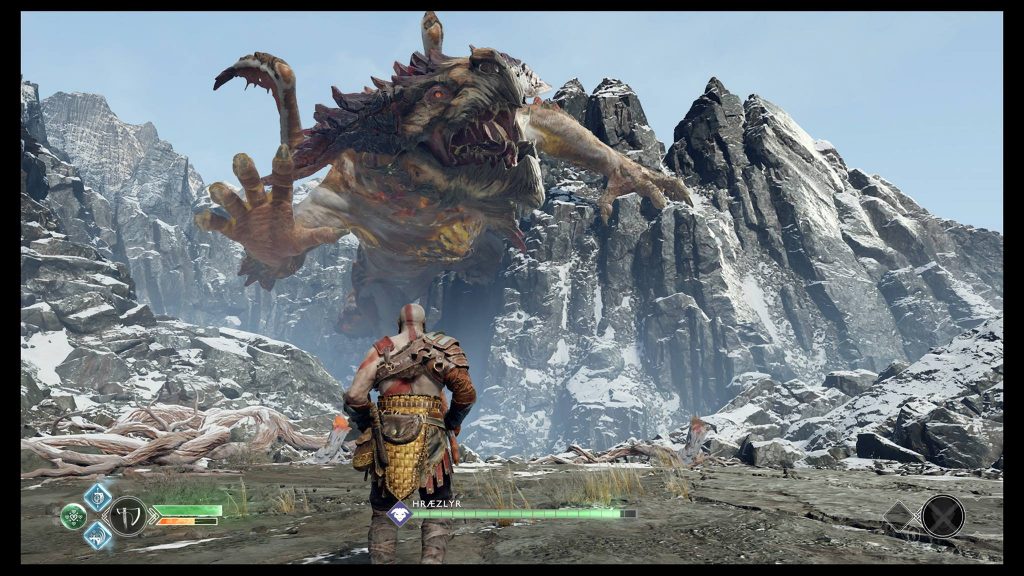 You have got to hand it to Sony. They seem to have happened on a formula for curating excellent exclusive games recently. Last of Us, Horizon Zero Dawn and Bloodborne could all be considered examples of once in a generation titles, games that elevate above others in terms of quality and the amount of demonstrable love that the game has received in the development cycle. This hot streak doesn’t seem to only apply to new IP, but also to long standing franchises that by rights should feel overly saturated at this stage, yet still manage to surprise and excite as if they were fresh out of the idea factory.

God of War is one such franchise and to cut the exposition short, God of War (PS4) is better that I could have ever expected it to be. The series is one that had a textbook case of franchise rot, hitting saturation point after three main titles and several spinoffs on both the PS3 and PSP. That is a lot of entries in a franchise which essentially chronicles the story of a very angry man, getting angry at people and committing deicide with his bare hands. There are only so many stories you can tell with that kind of material and it’s clear to see why the franchise rendered itself dormant for five years after God of War: Ascension, which was met with lukewarm reception at best. The new God of War however, manages to overcome the trappings of a well-trodden franchise In numerous ways, that both keeps true to what has come before, but also embraces new developments to make things feel fresh. 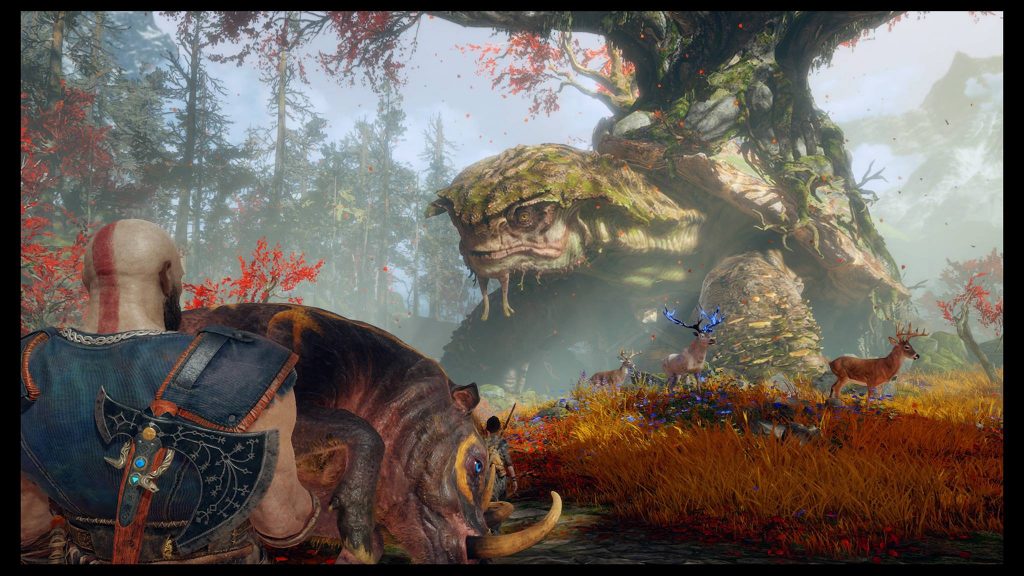 There are many key ingredients to making this the case, the setting being a major part. Having eviscerated the entire ancient Greek pantheon and bringing the world to near destruction through his actions, Kratos finds himself hunkered down in the beautiful, snow-covered land of Midgard. Being a magnet for tragedy, the game begins with Kratos cremating his recently deceased wife and coming to terms with his new role as father to an enthusiastic yet troubled son, Atreus. The game immediately breaks a series trope by not being a revenge story or climb for power. Instead, your goal is to carry the ashes of Kratos’ wife to the highest peak in the realms of Norse mythology and to scatter them as per her wish.

Atreus is with you for the journey and while this would make many roll their eyes at the prospect, he doesn’t get in the way like many previous gaming examples. Not only is the boy responsible for the main meat of the storyline, with the subtext that you are preparing him for survival against the many threats in the world that paints a large target on fledgling gods as they learn the ropes, but also by being a valuable asset in combat as he provides long range fire from his bow, while also providing reprieve from enemies with the occasional stun. He can of course be attacked by enemies to the point where you must rescue him occasionally, but I never encountered a situation in which I had to restart a moment because I failed to hit an enemy in time. This makes Atreus a successful inclusion and brings something that Kratos has severely lacked in previous God of War instalments, a semblance of humanity. 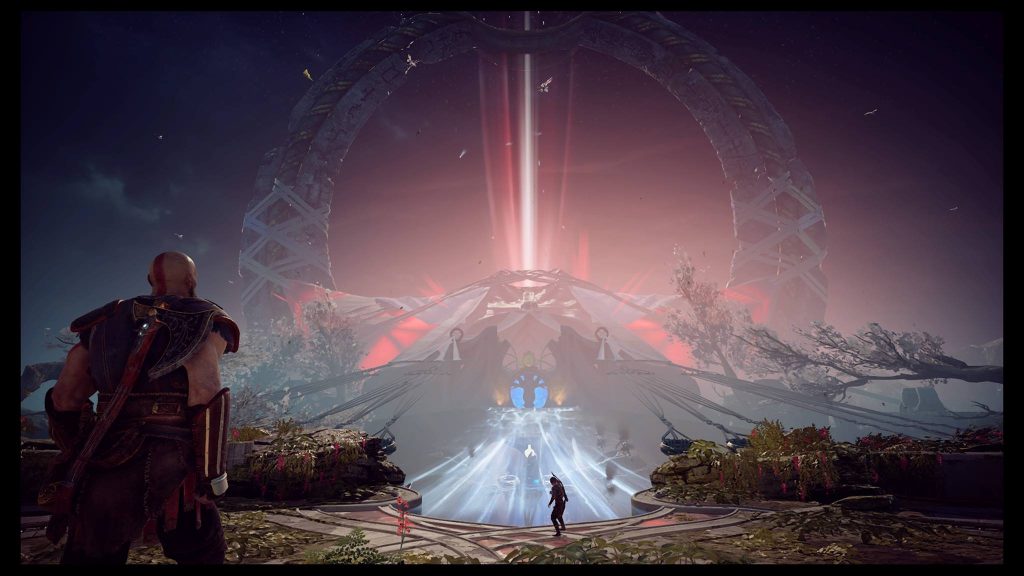 Combat wise, things have changed from previous games. The new God of War is played from an over the shoulder perspective as opposed to a pseudo isometric perspective. While the hack and slash gameplay are still present, it just now takes the form of the recently familiar Bloodborne control scheme. While the comparison may make people groan due to overuse of “souls-like” tropes, this is a worthy note as the combat now has that up close and personal feel while also making the game feel bigger due to providing the same perspective level as Kratos for the first time. You still get the impressively laid out camera angles for cinematic moments and finishers, while also being able to soak in the always impressive scale that the God of War series is famous for.

This scale lends itself to some of the most breathtaking moments in gaming history of recent years. Midgard is a huge realm and while Kratos is a behemoth of a man, he is constantly dwarfed by enemies and the world around him. While the game has been out for a while now, I still wouldn’t want to spoil moments and characters that demonstrate this perfectly, because there are so many moments that are deserving to be discovered by the player. Even the much-advertised encounter with the World Serpent defies a deeper explanation as the initial meeting with the character is incredibly impactful. You’ll just have to take my word for that. 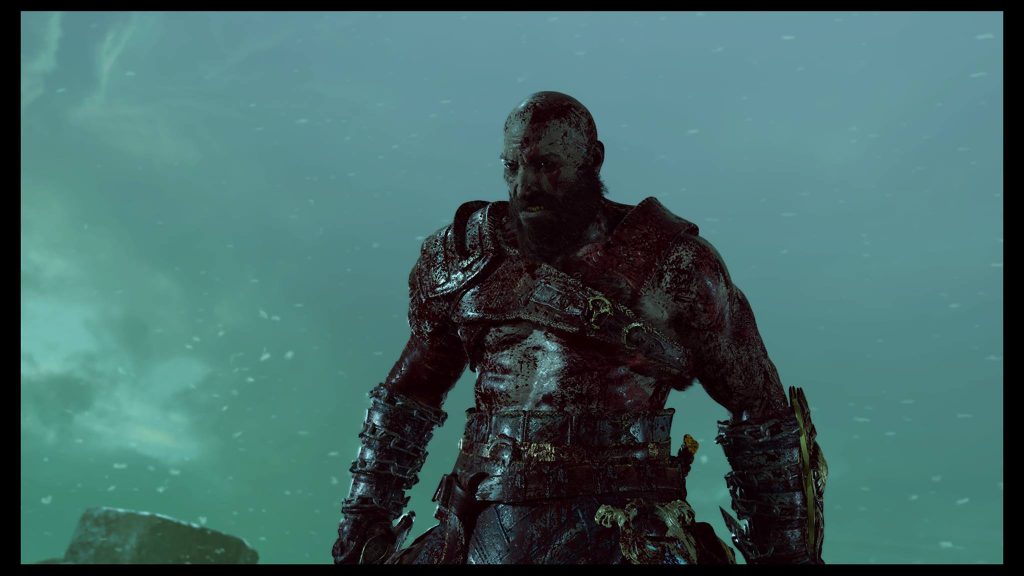 Being a huge world, Midgard lends itself well to exploration during your travels. While not being a strictly open world experience, there are times in which you can go off the beaten path to encounter tougher enemies and richer rewards. There is a lot to discover as well, particularly if you are hungry for the ever-present lore of Norse Mythology. These sections also provide extra conversation and story beats from Atreus and various other characters that you meet along the way and considering the stellar character interaction and amazing visuals throughout the game, this is a definite plus and worth seeking out.

My criticism for God of War on PS4 is limited. There are very few aspects of the game that I didn’t end up falling in love with. The only negative points that I can think of are the return of some predictable tropes, such as those moments where you feel like you are close to the end but get knocked back a few steps to find an alternative route. Or the combat sections in which you must trigger three consecutive fights to progress further. But these are so minor that they just cannot drag down the experience for me. Simply put, God of War is fantastic and deserves to be played.

God of War
9 Overall
Pros
+ Stunning set pieces and graphics
+ Brilliant character interaction and development
+ Combat has weight, despite maintaining the balletic feel of the earlier games
+ Atreus doesn’t get in the way
Cons
- Relies a little too much on older franchise tropes to pad sections
- The gear system doesn’t feel overly necessary
Summary
God of War is nothing short of sensational. It improves on the best aspects of the previous entries in the franchise while also providing a fresh take on what should feel like a tired and worn series by now. Truly essential gaming if you love great gameplay, narrative and stellar presentation.