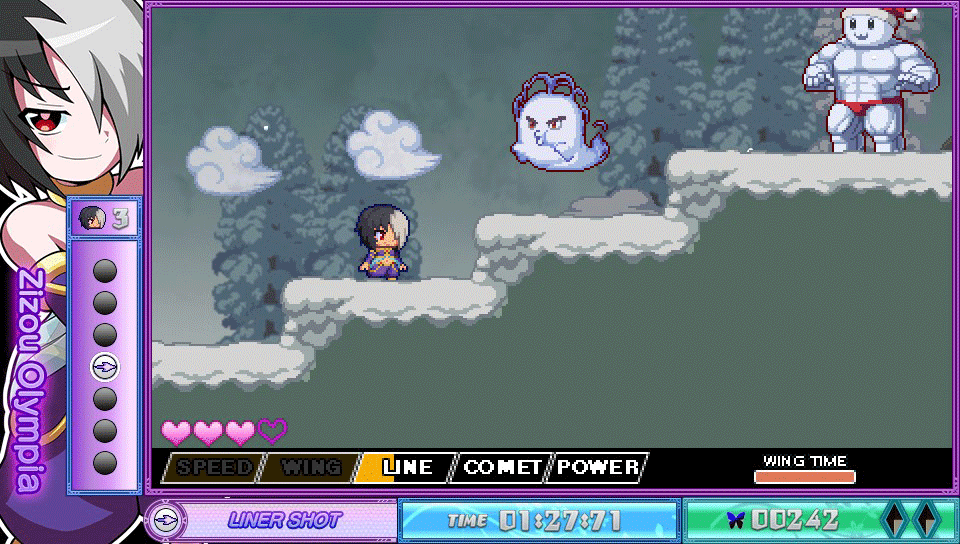 Originally released in 2014 for the Nintendo eShop The Legend of Dark Witch has now come over to the Vita. Its a colorful and simple platform shooter and the easiest touchstone to compare it to would be something like Megaman.

Starting up The Legend of Dark Witch I was stuck with the general budget feeling of the game, from the menus through to the music and graphics things just feel a little cheap, and I suppose this is reflected in the price. Whilst it looks like a budget title it does look tight for what it is working with, everything is clear and stable and didn’t break. 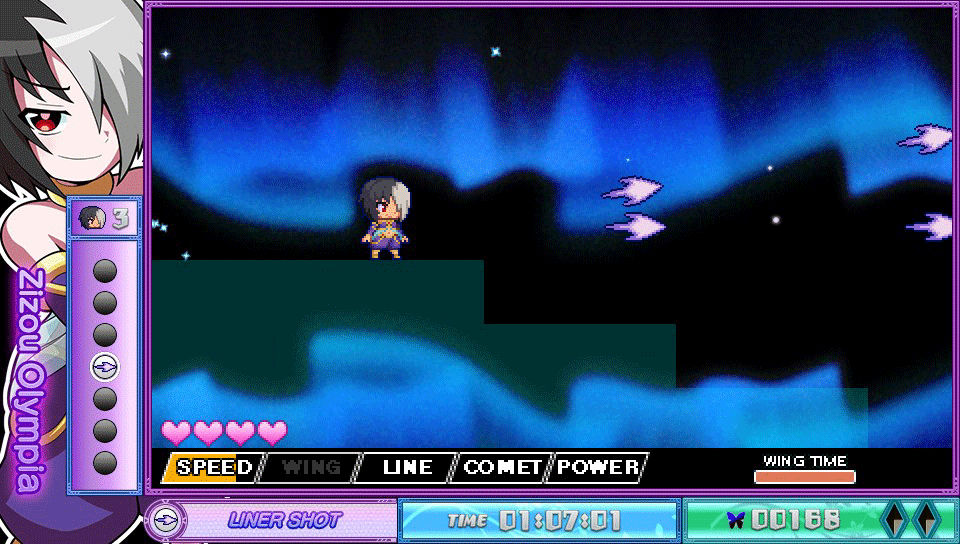 There is a story here but this is totally throwaway and is something about crystals. To be honest I have no idea what the hell was going on and realistically it didn’t affect my enjoyment of the game. These crystals have been broken in to pieces and you are tasked with trying to find them by defeating a series of bosses. After each boss you get a gun based on their attacks and can then take this in to the next level. You get to choose which stage you take first and can then take that gun into the next stage.

Each level is a 2D platformer come gunner, with plenty of enemies and obstacles to kill and avoid. The art design is nothing to write home about and is as generic as anything, in an anime way. What it does have going for it though is that everything is clear and easy to understand. Defeating baddies gives you butterflies which go toward filling a gauge at the bottom of the screen. This gauge is segmented and filling each segment well give bonuses such as a speed boost or damage increase. Should you get hit, or die, you’ll loose some or all of your power ups. Its a system which works ok, but was punishing when I invariable died on each boss and started the encounter again with no bonuses. That’s the thing with The Legend of Dark Witch, it is a very difficult game. 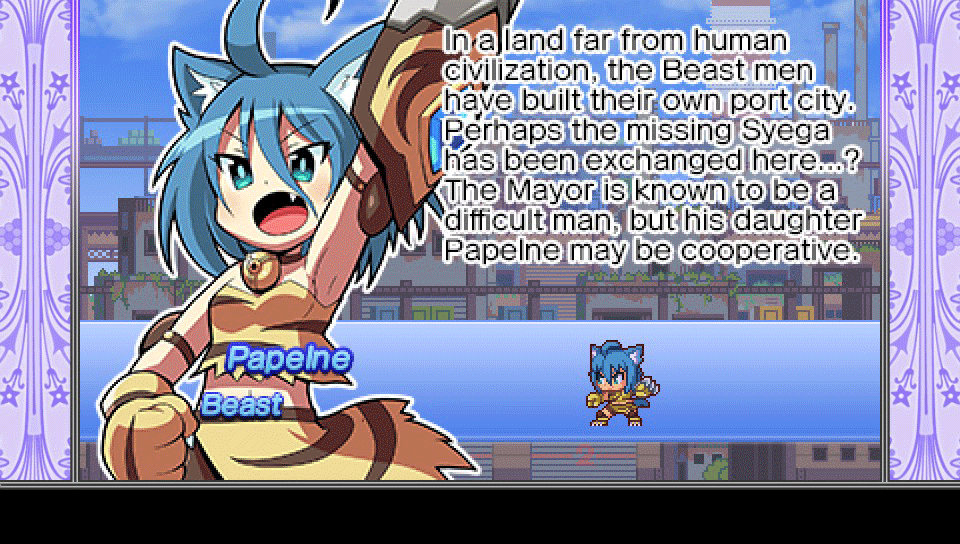 I died a lot when playing both to the enemies as well as to some poor level design. The levels seem to revel in setting up difficult encounters, leaps of faith or enemies that shoot from off screen.  Half of the time I died it felt like it was not due to my error, but rather some quirk of enemy placement or level level design. When it came to the bosses these required almost pixel perfect inputs to beat. Overall the difficulty felt unfair and left me frustrated.

If this game was straight up difficult then it’d be instantly forgettable, what saves it though is a nice upgrade path which does work to alleviate some of the difficulty. Each attempt you make you’ll get points which can in turn be used to buy permanent upgrades like health or lives. This feature will allow most players to get through the game and, like I said, saves the game from being put down as a difficult curio. If you want to challenge for any of the trophies though you’ll be needing almost savant style skills.

That is about all there is to the game, it is a cheap and cheerful platform shooter with a wafer thin plot. I doubt if it would hold anyone’s attention for long, but for a quick blast it is perfectly serviceable. Whilst it may be inspired by MegaMan it is nowhere near the quality, and I doubt people will be talking about this in years to come.

The Legend of Dark Witch
6 Overall
Pros
+ Presentation is clean and clear
+ The power up mechanic is a decent addition which alleviates some of the difficulty
+ The controls are tight
Cons
- It is a very difficult game, punishingly so
- It often feels like the levels have been designed just to screw you over
- It looks ever bit the budget title it is
Summary
The Legend of Dark Witch is a cheap and cheerful platform shooter with a wafer thin plot and a punishing difficulty. I doubt if it would hold anyone's attention for long but, for a quick blast, it is perfectly serviceable.