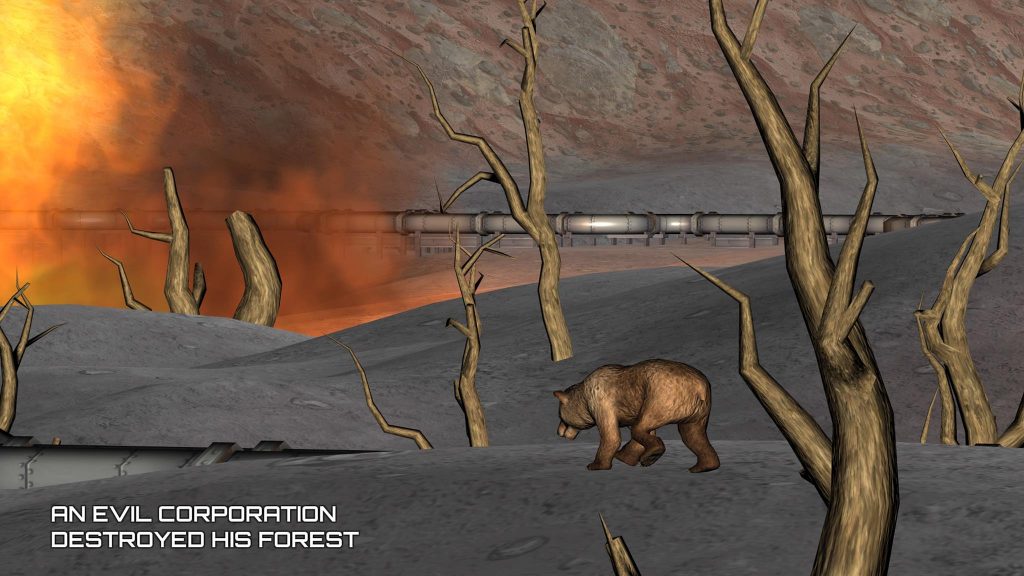 If there is anything that Epic Dumpster Bear: Dumpster Fire Redux proves, is that comedy is hard. You can already probably tell by the screenshots, but EDB is an incredibly rudimentary game that is designed around what appears to be store bought Unity assets, assembled into a Super Mario Bros clone. Much like the recent simulators and janky physics titles, EDB seems to be sold entirely on the fact that it is a ridiculously mundane looking title with an absurd premise. The difference here though, is that EDB cannot back up the fun quirkiness with gameplay that makes the player want to see the end.

You play as Dumpster Bear. His forest home has been destroyed by an unnamed corporation and he must travel his way through six worlds to take them down for good. The gameplay is instantly recognisable due to the side scrolling nature and use of familiar Nintendo tropes and is quite difficult, owing in small part to the fact you can only take two hits before losing a life. For the most part the game handles well and there are few instances where the controls get in the way of a good time, however the collision detection becomes a problem as it can be incredibly unforgiving, especially during boss fights. 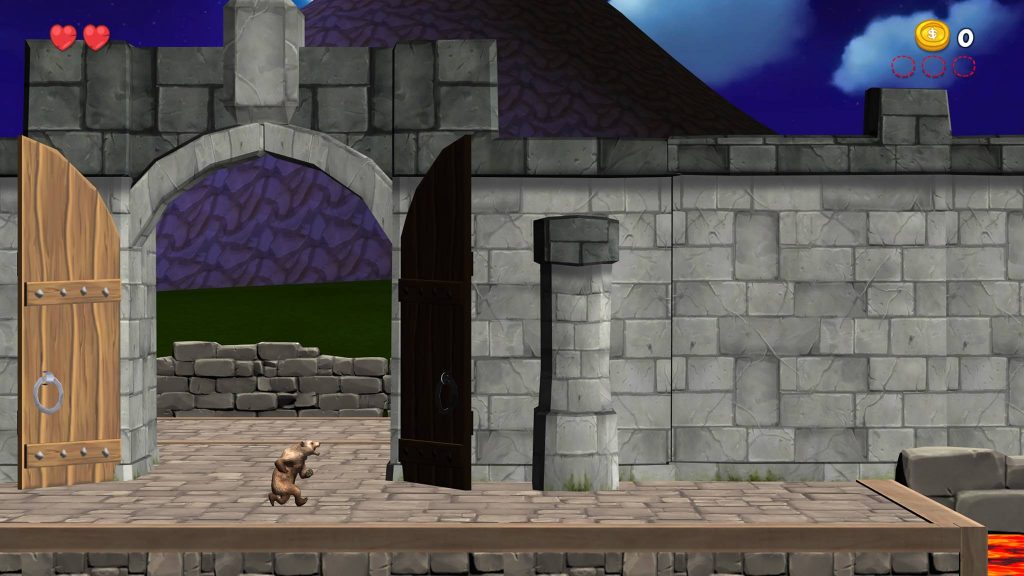 Gameplay is certainly one area where EDB struggles to make an impact. It rarely varies in a way that can be considered interesting with only a couple of power ups that provide basic upgrades to your moves. One is a fish head that allows you the ability to double jump by farting into the air, which gives you a good idea of what kind of lows this game is willing to sink to, while the other is a helmet that allows you to throw bombs that can clear rocks and enemies in your path. These are fine as powerups go, however they never feel like real powerups and more devices that you need to progress through each level. Every time you are presented these as a necessity as opposed to an upgrade that feels like an alternative or a reward, such as in any Mario game or other Nintendo game for that matter.

Beyond the unremarkable gameplay is the likewise presentation. As previously mentioned, everything appears to be store bought assets from the Unity catalogue and very few aspects of the game look or feel that they match up in any way. Enemies can range from simple cows, flying mechanical drones that shoot lazer balls and other critters. None of these enemies have any sort of AI that make things interesting and apart from the odd boss fight, they do not have anything in the way of unpredictable patterns. Audio wise the game doesn’t improve much; however I will say there are some cases where the soundtrack can be thematically fun, but again, any sort of enjoyment subsides once you have heard the same tune several times over the course of each world. 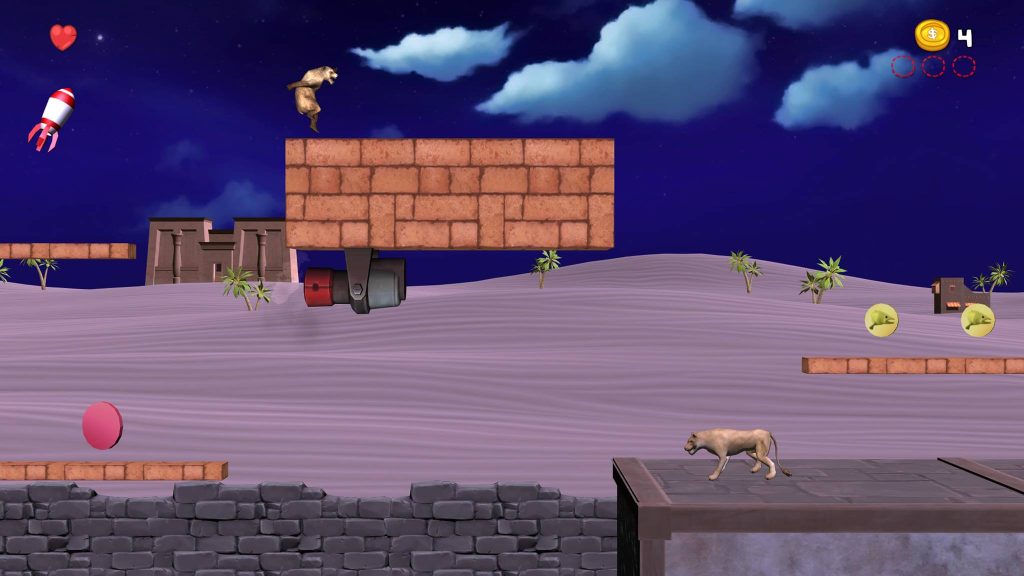 The only underlying difference in the presentation stakes is the humourous cutscenes that play between levels. These are funny in the anti joke sort of way and seem to exist purely out of absurdity rather than any real substance, but i have to admit they did raise a smile on my face every now and then thanks to silly phrasing and the janky animations. Sadly, this is the only real enjoyment i got out of Epic Dumpster Bear and it doesn’t last long at all due to the brevity of these moments. The game itself may not play all too badly, however it just isn’t enough to warrant an entry fee. It feels like an absurd game made only to entertain youtubers and their auidences, as a standalone experience it’s just not good enough.

Epic Dumpster Bear: Dumpster Fire Redux
4 Overall
Pros
+ Competent controls for the most part
+ Somewhat endearing
Cons
- The bosses range from insultingly easy to painfully tough
- Tries too hard to be in the "so bad it's good" category
- Incredibly rudimentary presentation
- Challenging in a very bad way
Summary
If Epic Dumpster Bear: Dumpster Fire Redux could match its humour with more competent presentation and gameplay then it would be fantastic. However, this is not the case and while the game is definitely played for laughs, these soon run out when mundanity sets in.