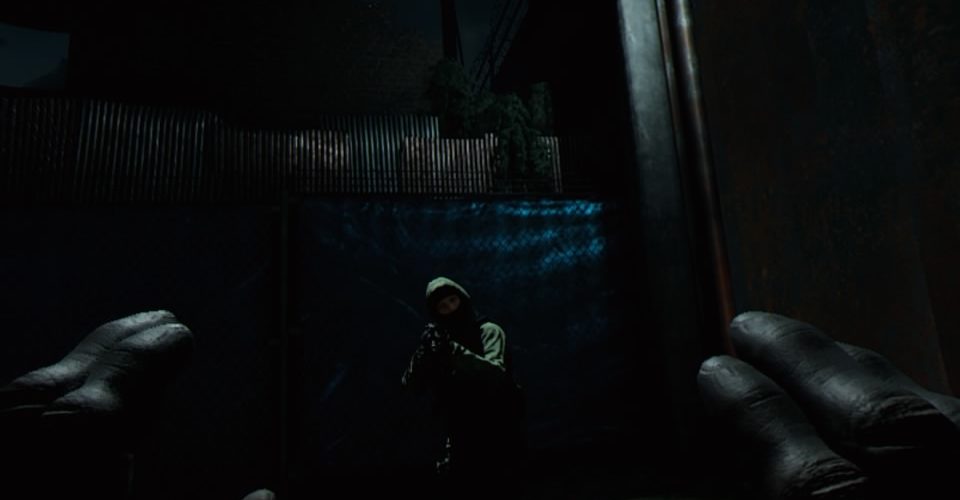 Crisis on the Planet of the Apes VR is a new title for PSVR that lets you play the part of 139, an ape who’s been captured to be experimented on by those evil, evil humans. After a brief tutorial on how to use your two Move controllers you’re led at gunpoint through a camp to your cage. It’s a strong opening as the humans stand over you, pointing their guns in your face, hearing their conversations and insults. 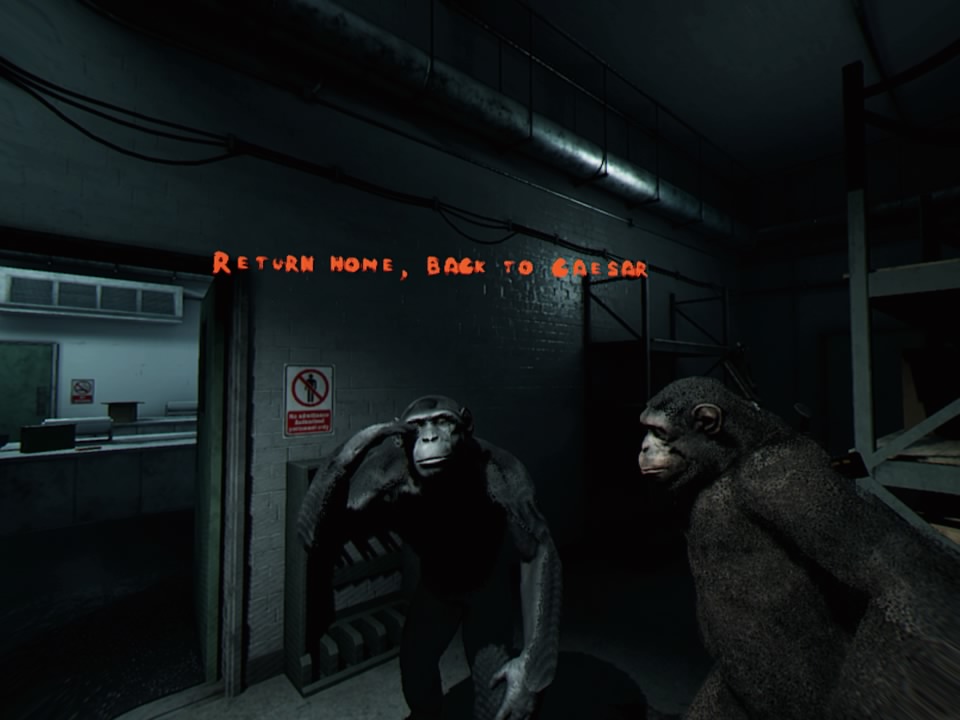 You’re incarcerated only briefly however, as a fellow ape gets you to distract a guard so he can escape. He then helps you and you sneak your way out, walking and climbing when necessary whilst witnessing some of the goings on at the camp.

The atmosphere and the set up is great, but in these initial moments you will be wrestling with the controls. Some things you’ll get used to over the course of the two hour game, others never feel good. It may also be down to a lack of a decent tutorial that doesn’t teach you the exact motion combined with unnatural movement. You need to beat your chest like an ape to cause the distraction and the game didn’t say how, so I just tried doing what felt natural and it didn’t work. I tried holding the Move buttons to clench my fists and it didn’t work. After trying multiple methods it eventually did work, I don’t know why, I may never know. I have played through the game twice and I still don’t understand why it does or does not work, luckily this is the only place where it’s required. VR titles should feel like the most natural thing in the world but here just the basic action of walking is a struggle.

To start with you can’t just walk anywhere. A silhouette shows where you’re going to walk to, you point at it and press the Move button which should activate it which then allows you to pump your arms to walk forward until you reach the silhouette at which point a new silhouette will appear and you repeat the process. But it rarely works. Here’s a tip that the game doesn’t share with you: point at the silhouette, press the Move button, then pull it towards you which should activate it. Took me about ¾ of the game to discover that, I was just pressing the Move button like the tutorial suggested and sometimes it would work and other times it wouldn’t. 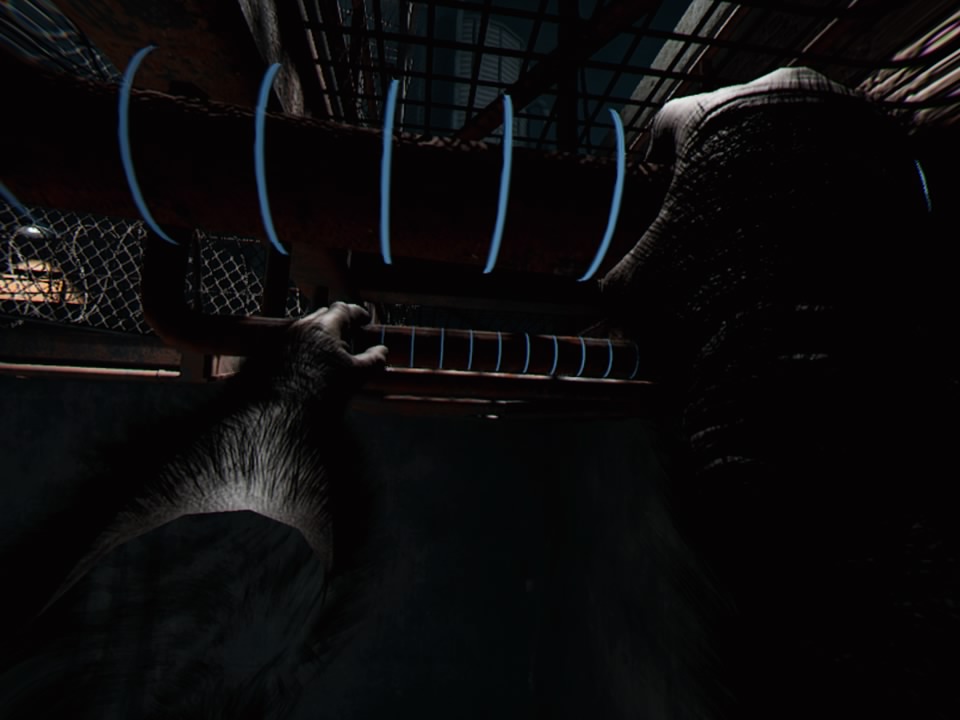 Walking itself is the least fun thing, with the movement being so slow as to feel unnatural. There are moments where you’re being chased and you should be running away and, I’m guessing to protect you from motion sickness, you’re moving so slow. Again, this could be because the game hasn’t explained the motions quite right and I’m not performing the action 100% correctly but I completed the game doing it so all I can say is it felt bad.

The other method of traversal is climbing. Being an ape you can climb up things with ease, but only if the game allows. You’ll see a silhouette at the base of a climbable surface, much like the walking and from there you can climb on objects that have a blue glow to them. Climbing is as simple as placing your hand on an object and pressing the Move button. Keep the Move button held down to keep your grip and then pull yourself up or across or wherever you need to go. Being an ape the ease at which objects are climbed without any stamina restrictions makes sense and, despite some twitchy tracking, is fun.

Shortly into the game the third and final pillar of gameplay appears when you get a gun. Again you use the Move button to grab the gun, you grab any ammo that’s lying around nearby with the same button and place it in the bottom of the gun to reload as you need to. The trigger fires the gun as you’d expect. You can holster the gun by placing it over your shoulder to be pulled out as and when it’s needed.

When a combat sequence is about to start your walking path will end against a wall or other piece of cover and from here you can grab it with your off hand (again with the Move button) and use it to position yourself up/down, left/right. Much like the climbing this works well and means you don’t have to be ducking behind objects manually and you can choose to blind fire or peak your head out. 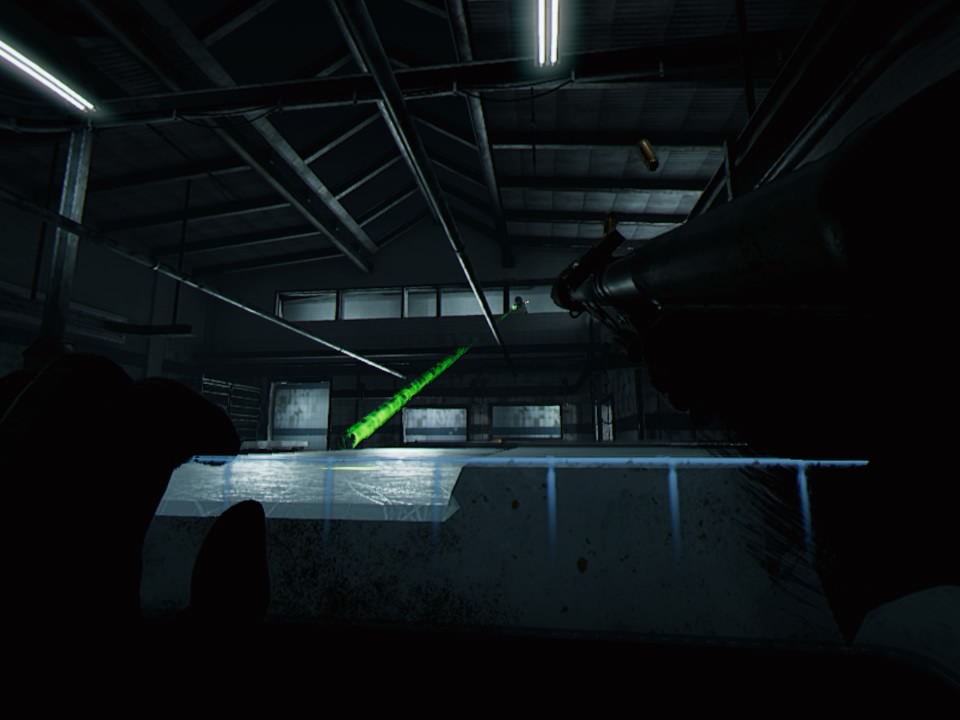 The combat actually gave me a light gun game vibe, which I enjoyed. My personal frame of reference is Virtua Cop but with the ducking in and out of cover Time Crisis might be a better comparison. Enemies aren’t super smart and run to their position and duck in and out of cover to take shots and go down pretty quickly but they don’t outstay their welcome with only a few enemies appearing before you move forward to a new piece of cover and another wave comes in. Moving between cover is similar to selecting a silhouette for walking but you move there in one quick motion, not requiring you to pump your arms. Thankfully.

You continue these three different actions as you try to escape the camp, with a few cutscenes in between which can involve humans or apes. The voice acting is fine and the movement, although simple, does a good job of conveying apes or humans. Similarly the graphics are solid without really impressing.

One other gripe I have which will effect some people more than others is the amount of space the game requires. There is no manual control over which way the camera is facing so if the game wants you to walk left then you have to physically rotate your body. Some people will love this but I don’t have a huge area to play in so if the game wanted me to turn left and climb then, although I was able to complete the game, I struggled as my hand would hit a wall. If I could use one of the face buttons (they aren’t used at all) to rotate the camera like in many other games then it would not have been a problem. I imagine it was for immersion reasons but banging my hand against a wall did a pretty good job of taking me out of the moment. It also introduces the problem of your body coming between the Move and the camera, though it works better than it should when this happens. 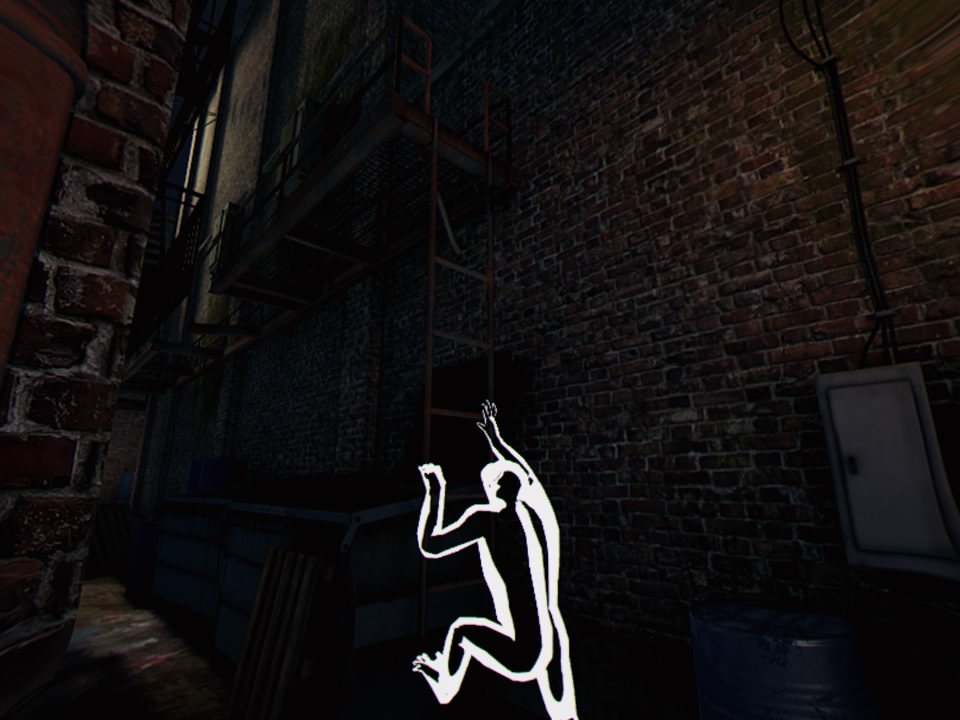 Despite its problems I did somewhat enjoy my brief time with Crisis on the Planet of the Apes VR. There is a chapter select and multiple difficulties if you want to go for trophies but otherwise this is a short experience. The over protective motion sickness prevention slows things down a little too much at times with certain action sequences suffering because of it, poor tutorials make the controls a struggle and the space requirements won’t be suitable for everyone but I enjoyed the arcade-y gunplay and the climbing works very well. It’s not a game that will leave a lasting impression on you but if you’re looking for a slightly different VR title then this will keep you entertained for about the length of one of the films.

Crisis on the Planet of the Apes VR
6 Overall
Pros
+ Gunplay is reminiscent of light gun games
+ Climbing around like an ape is fun
+ Some great atmosphere early on
Cons
- Some controls feel unnatural
- Requires a decent amount of space
- Quite short
- Poor tutorials
Summary
Crisis on the Planet of the Apes VR is not a game that will leave a lasting impression with its brief play time and some unnatural feeling controls but the climbing works well and the gunplay brings back memories of light gun games.