I have to admit to never playing the first Dusk Diver. From reading it sounds like a short but decent approximation of a JRPG but made in Taiwan. Now we have Dusk Diver 2 which appears to be similar but with greater ambition. Bigger doesn’t always mean better however so where does the sequel land? 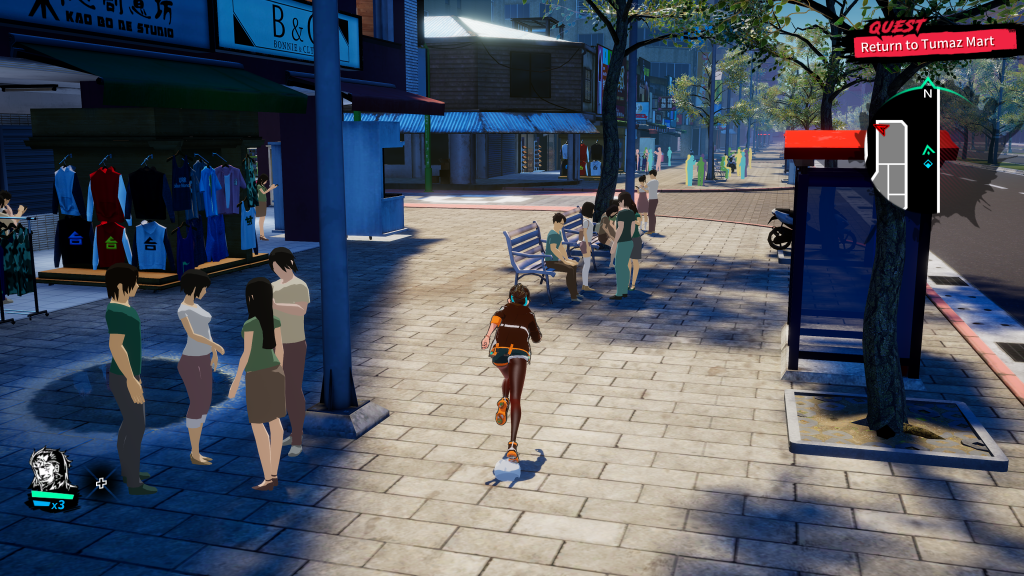 The game continues on after the end of the first title and you take control of Yumo again, a young woman with the ability to dive into a different dimension. The game doesn’t go out of its way to fill you in on the story, but you get hints of it here and there and a recap is available in one of the menus. Apart from recurring characters this is a new story however, though it takes some time to get going.

Yumo, along with what become her party members work in a shop in Ximending and this dominates a lot of the early going and side quests. You’ll be running around town delivering packages and collecting orders which equate to running from A to B, then maybe to C, before heading back to A. Ximending is quite well realised and there are similarities to Yakuza or Akiba’s Trip in the recreation of a real life locale. It’s closer to Akiba’s Trip in both the quality and lack of side activities but it can still be enjoyable to sight-see. 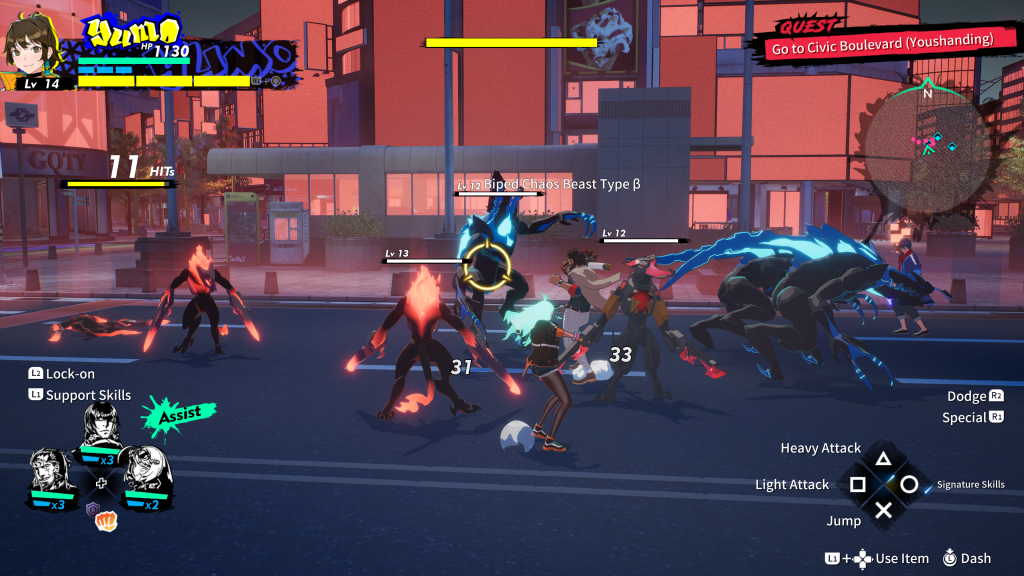 Naturally deliveries won’t be the only gameplay mechanic and before long you’ll be encountering battles both on the street and within dungeons. These battles are in real time, with beat ’em up style button mashing. It’s relatively in depth, with light and heavy attacks, special attacks, a dodge and a counter if you time it right against strong attacks. The button combinations took some getting used to for me, with dodge and block feeling backwards, but you do get there eventually.

Despite the depth the combat actually gets repetitive quite quickly. The enemy variety is low and, although you do unlock new moves you do so at an incredibly slow pace. This combined with enemies having too much health draws out the battles in a way that does become tedious. There are times where you juggle an enemy, send them flying into a wall and then perform a break attack and it feels good, but then more enemies will spawn in and the fight will go on and on and that feeling of being a badass will fade away. 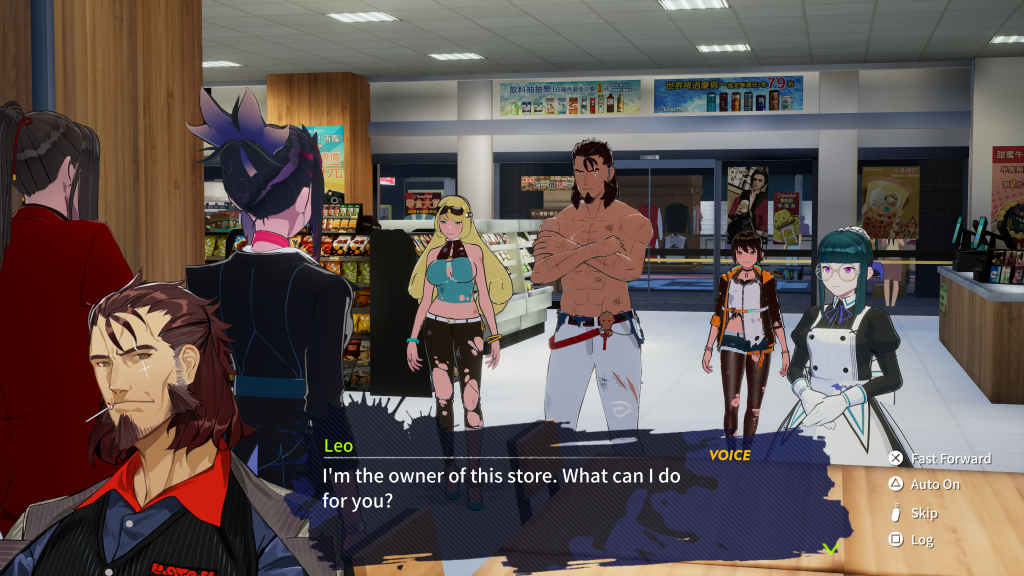 You can switch between the four party members and each does play differently but there is a cool down between switches which means you tend to stick with one for a while, changing if your health is getting low. Each character must be levelled up individually as well, using the same experience pool so it’s tempting to power up one to the detriment of the others.

It’s a shame as in theory all the pieces are here for a great game but they don’t quite come together. The combat is decent but it needs to be faster paced with more variety. There are lots of side quests but they just involve running from area to area, potentially with more combat, but most don’t add too much to the experience. Some do give a little more character development but they are few and far between, most are just Yumo being overly eager to help. 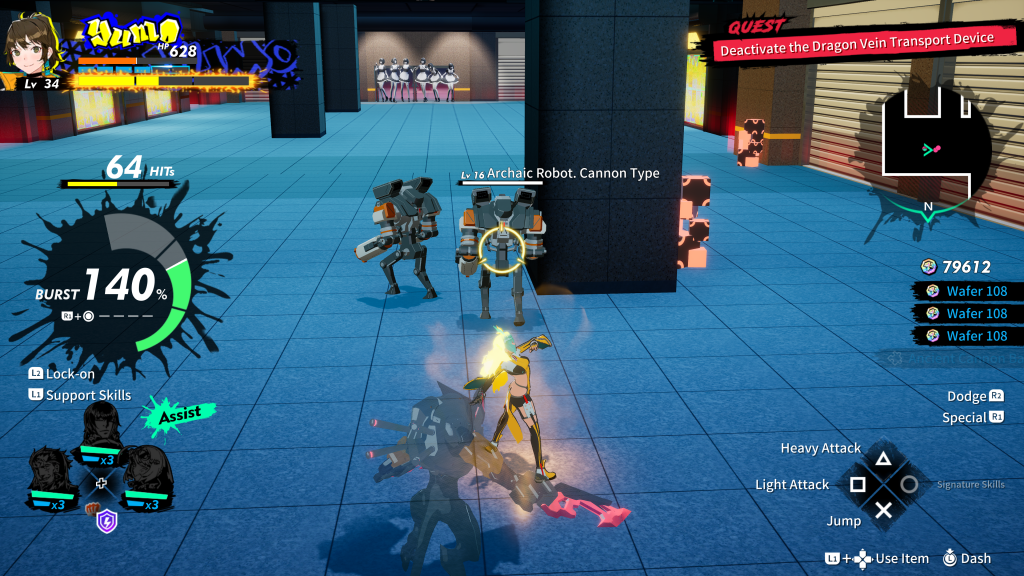 I quite like the character designs but their characteristics aren’t anything special and it’s not helped with the clumsy translation. Not as bad as the recent Sword and Fairy: Together Forever but still filled with enough awkward English to make it harder to follow and conversations where every character has to have their say, even if they have nothing to add. You can choose between Taiwanese or Japanese voice over, which is fine but it does the Dynasty Warriors thing of dialogue appearing in the bottom of the screen whilst you’re concentrating on fighting. It’s probably not vitally important dialogue but it’s always an odd choice.

Ultimately Dusk Diver 2 is perfectly playable and has everything you’d think you’d want from what boils down to a JRPG. Unfortunately it does start to trudge along quite early on and that doesn’t get any better. It’s easy enough to play in short bursts as everything is marked on the map but snappier combat, and snappier dialogue for that matter, would do it a world of good. If you were a fan of the first title from my understanding this is more of the same, but maybe they should have concentrated on perfecting what they had, rather than simply adding more. 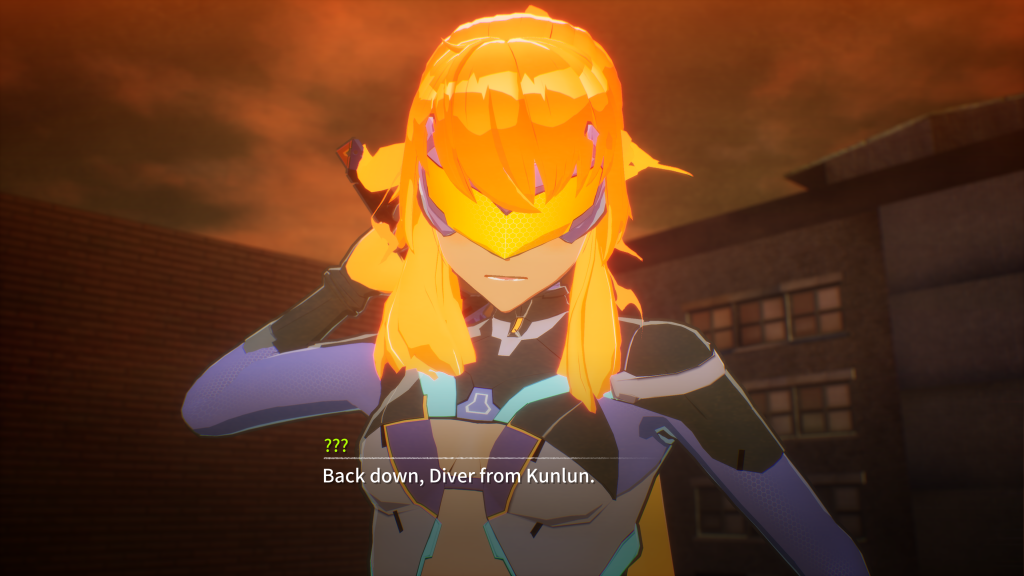 Dusk Diver 2
6 Overall
Pros
+ Fun combat mechanics
+ Colourful visuals
+ Plenty of content
Cons
- Combat drags on with too little variety
- Side quests mostly involve running back and forth
- Characters speak a lot while saying little
Summary
Dusk Diver 2 has all the pieces to be an enjoyable JRPG but certain gameplay decisions make it more of a slog than it should be. The combat is fast paced but damage sponge enemies slow things down too much, whilst there are plenty of side quests but they nearly all boil down to simply running from one waypoint to another. It's not without its charm, if things were a little tighter it would be a real treat.