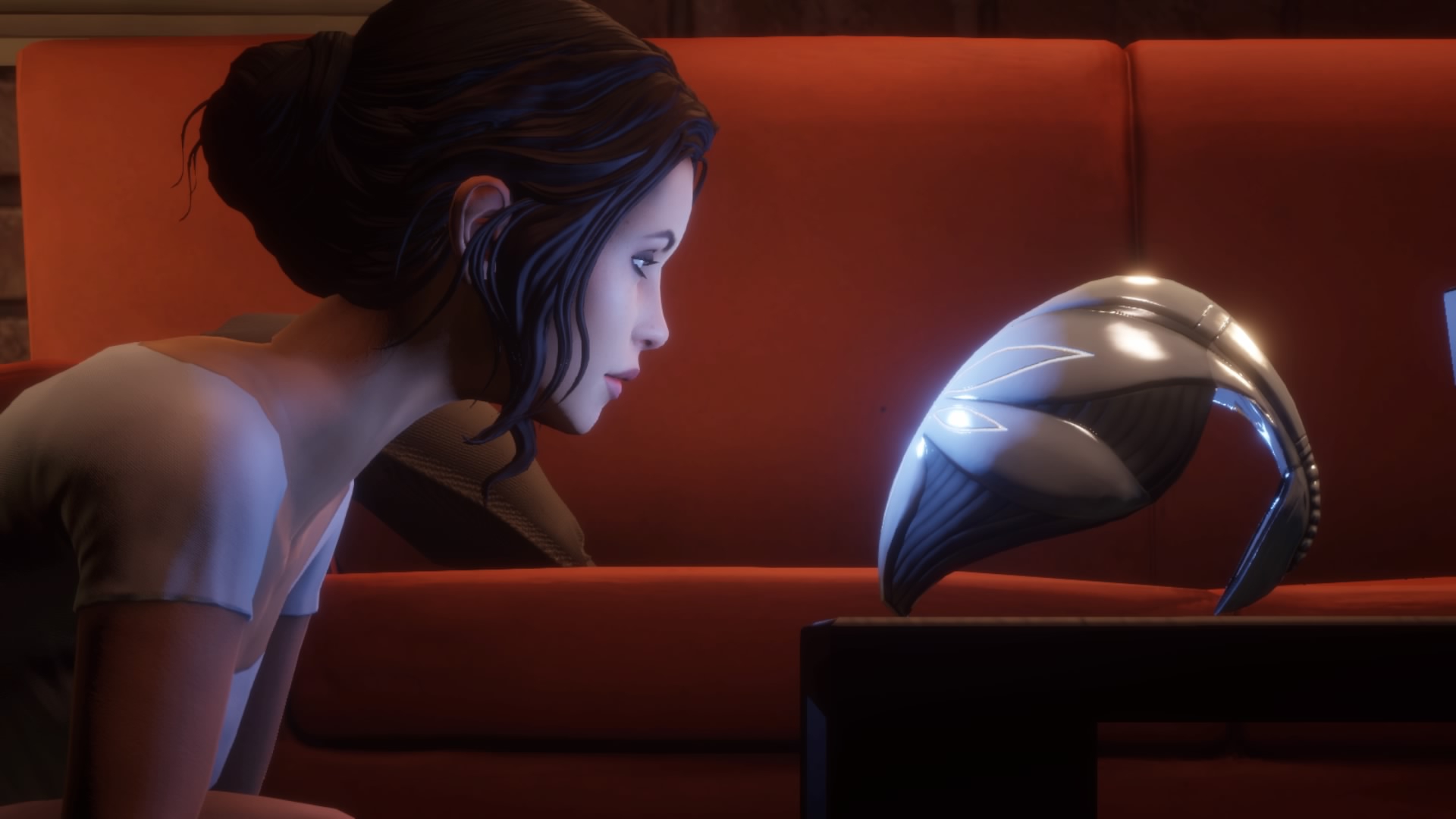 Dreamfall Chapters is a release seeing the culmination of a series which started in the 1990s and was last played over ten years ago. Following on from the story in The Longest Journey and Dreamfall: The Longest Journey, Dreamfall Chapters continues the story of Zoe and Kian as they go their own unique, yet seemingly linked, adventures. Originally this game was released as an episodic game over five parts, this PlayStation 4 release now collects them all together in one complete package.

I recently reviewed Syberia 3  which in many ways is very similar to this game, luckily though there is one major difference and that is the fact Dreamfall Chapters is actually a good game. At almost every turn Dreamfall Chapters  provides solutions to the issues I had with Syberia 3, from the story recap at the start through to the decent voice acting and facial animation. I can easily say this is the better game but, thats not a big hurdle to overcome, the question is how good a game it actually is. 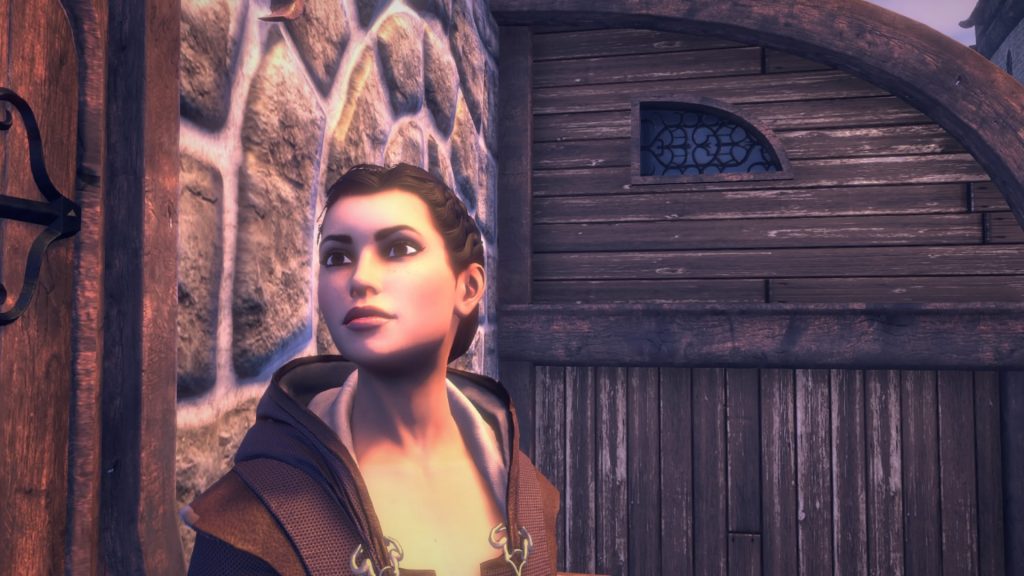 From the off this game is appealing to a limited audience as it is a modern adventure game with point and click style puzzles.  Things are played from a third person perspective and there are puzzles and a boat load of story to see you through. As the story follows both Zoe and Kian you’ll spend half of your time in a dystopian future and the other in a medieval past, with control generally switching over after key plot reveals for the other story. Its a nice idea which keeps the story fresh and keeps the tension high. 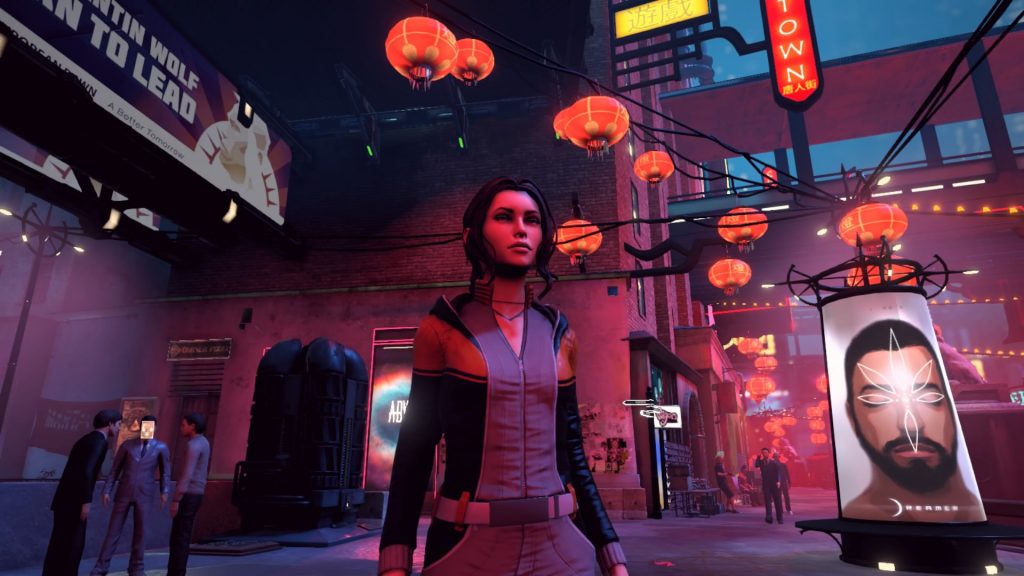 Control is acceptable although navigating any tight turns can feel clunky which is something many other adventure games suffer from, but as ever the game never requires split second inputs this isn’t an issue. Inventory comes with the same adventure game tropes you’ve seen before so you’ll be combining items and examining them in a detailed 3D model. You can see from here it sticks very close to the genre staples.

Where it differs from other modern adventure games is in a branching narrative similar to what you’d find in a Telltale game. Every so often you’ll be given a choice and the ability to gently tailor your game. These choices never alter the overarching story but do give different scenes and add some welcome replayability. Also after each episode you get a nice recap of your choices and see how other people reacted. This might not be a wholly new system but having this in an adventure game is something I’ve never seen before. 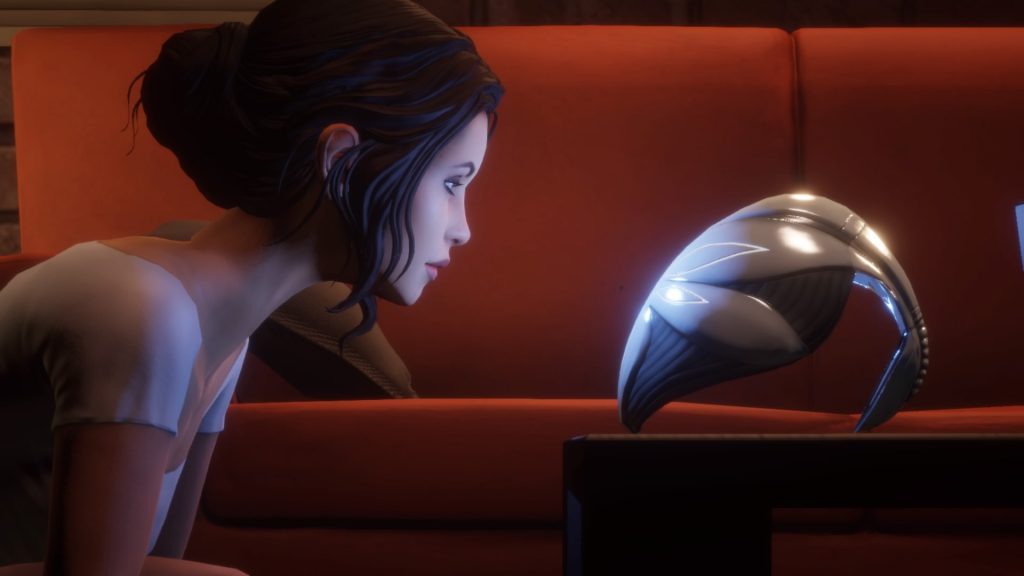 The strongest element of Dreamfall Chapters is it’s story. Being split across two characters this allows for loads of cliff hanger moments as you leave one character to go to the other. It is a well told tale full of mystery and the plot continued to interest me at every turn. All the characters are fully voiced and have a lot to say.  The voice work is pretty top notch throughout with the actors bringing the characters to life. My only word of caution here would be the fact there is a lot of dialogue, enough to slow the pace of the game down and, enough to put some people off.

Although this still is an adventure game, there are probably fewer traditional puzzles here than in other games of this genre. The puzzles are fairly easy and logical to figure out though, there are no obscure combination of items needed. A lot of the puzzles are based round finding certain items on the map, either marked or not, and can involve a fair bit of backtracking unfortunately. 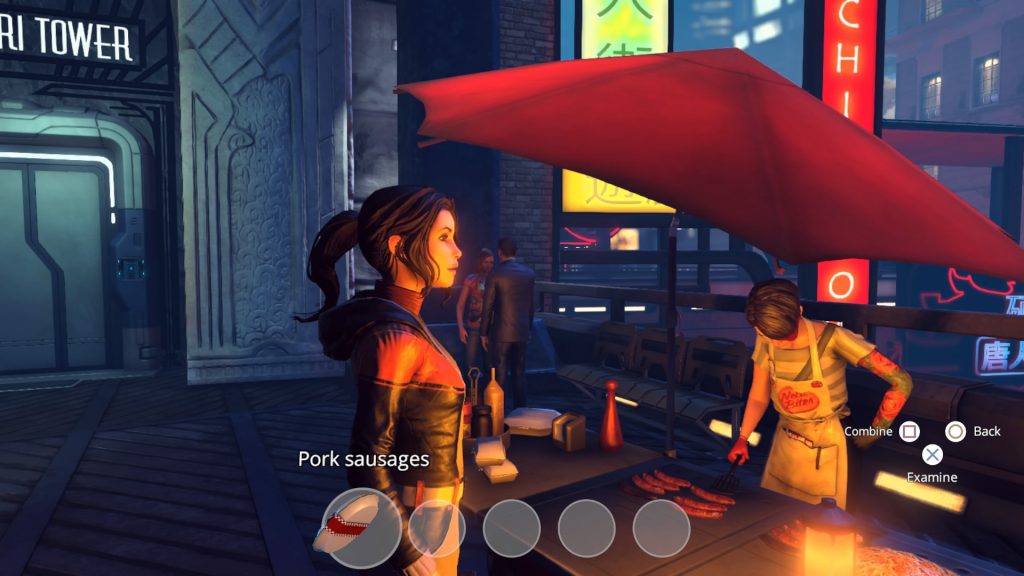 As this is a compete package you’ve got a few bonus bits.  The game comes with the soundtrack, some concept artwork and some deleted scenes. Overall it is a great package and real positive addition here which is something I wish other games would do. Whilst the additional features on this game are great, the actual port isn’t maybe as good as I’d hoped. Loading times, although infrequent, feel long and in some of the busier scenes there can be some minor slowdown.

Overall then Dreamfall Chapters is a thoroughly enjoyable game. The story is hugely compelling and I’ve met some characters which will stick with me for some time. Whilst it does a great job of introducing new players, with a decent summary, this is a game where you’ll get more out of it if you are an existing fan. If you’re looking for a modern adventure game then this is a very good place to start.

Dreamfall Chapters
7 Overall
Pros
+ Excellent story
+Brilliant voice work
+ Nice package of bonus features
+ Does a good job of easing in new players
Cons
- There is a lot of speaking here, something which could put players off
- There are some optimisation problems, clunky controls and slowdown
- A decades old adventure game could be a tough sell
Summary
Dreamfall Chapters is a thoroughly enjoyable game. The story is hugely compelling and I've met some characters which will stick with me for some time. Whilst it does a great job of introducing new players, with a decent summary, this is a game where you'll get more out of it if you are an existing fan. If you're looking for a modern adventure game then this is a very good place to start.