If you regularly read our site, you’ll probably be aware of Ratalaika Games as we tend to review everything that the Finnish publisher puts out on PSN.  They’ve become infamous for their sub-60 minute maxes where minimal effort gets you a platinum way before you actually finish the game.  Well they are back with Devious Dungeon 2, the sequel to their 2018 original, a game that I reviewed and described as not having anything wrong with it but also being held back by a lack of ambition.

As per the original, this is a platform hack and slash rogue-lite in the same vein as the wonderful Rogue Legacy.  Each level sees you tasked with searching its map to find the exit and the key that unlocks it.  As you progress through the levels, you’ll find plenty of containers to smash and these give you money, and occasionally health.  That money can then be spent on swords, armour, potions and rings and these affect your three basic statistics:  damage output, hitpoints and critical hit chance. 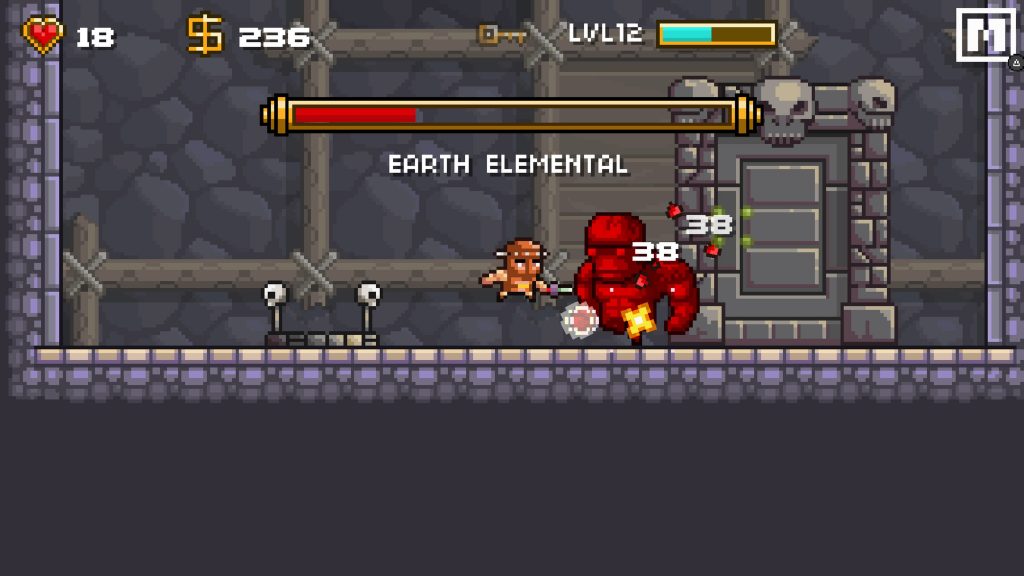 In your way are various monsters that either hit you or shoot you (with arrows, magic or fire) and these also drop money.   These are your usual RPG-style beasts with bats, goblins, slime blobs and whatever other genre archetypes you can think of and they get progressively more dangerous as you work your way through the game. So essentially you’ll spend you time searching the small levels, hacking enemies, jumping gaps and chasing after coins as they bounce away from you.

If that sounds similar to the first game, that’s because functionally speaking the core gameplay is exactly the same.  I had to reinstall the original to remember the differences and in the core gameplay there really aren’t any.  The enemies feel the same, the jumping feels the same, the combat feels the same and the loot system is exactly how it was before too.  Given that we gave the original game a six, that doesn’t give you many reasons to be excited but it’s not exactly the same. 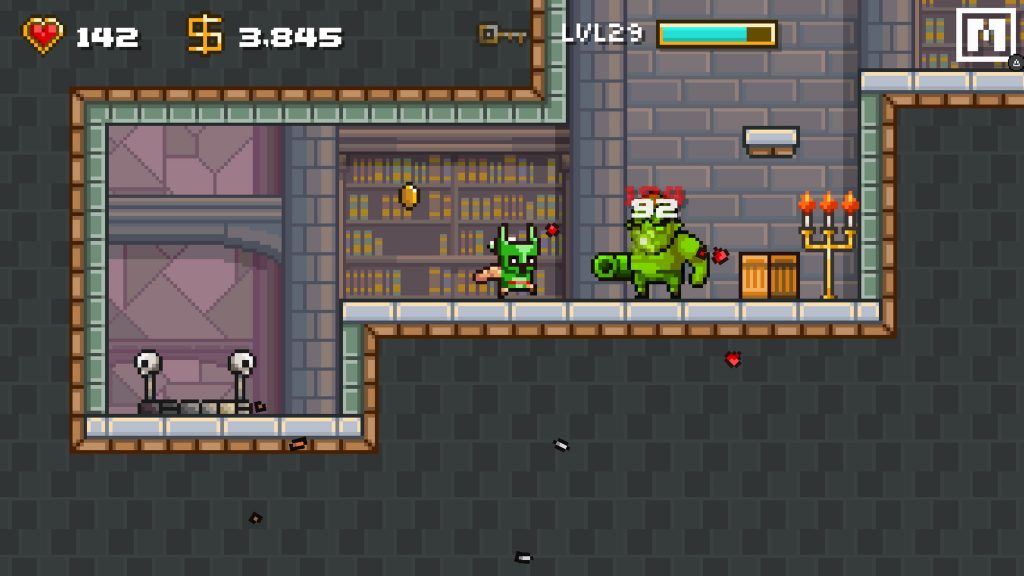 The game does now give you three classes.  The rogue has a double jump which instantly improves the game, the wizard has ranged attacks (and can levitate) and the barbarian can take more damage (which is actually a rubbish special ability in a game where you are constantly improving that statistic and as such makes this class meaningless, although is the one that makes the game play exactly like the original).  We mained the rogue class and can’t imagine being without those double jumps now.

The only other changes are a slightly zoomed out viewpoint, which does improve things a little, and the way that levels are checkpointed.  The previous game had five worlds but Devious Dungeon 2 has seven.  These are broken down into four checkpoints of three levels each with a boss punctuating each world.  This is a fairly good system as you have to really earn those checkpoints but they aren’t so far apart as to be annoying.  The boss battles are a little disappointing though as they are just larger sprites with fairly predictable patterns.  In fact I was able to dispatch the first few just by standing toe to toe, absorbing damage and hoping they fell over before I did.  Later bosses are more of a challenge though but never impressive. 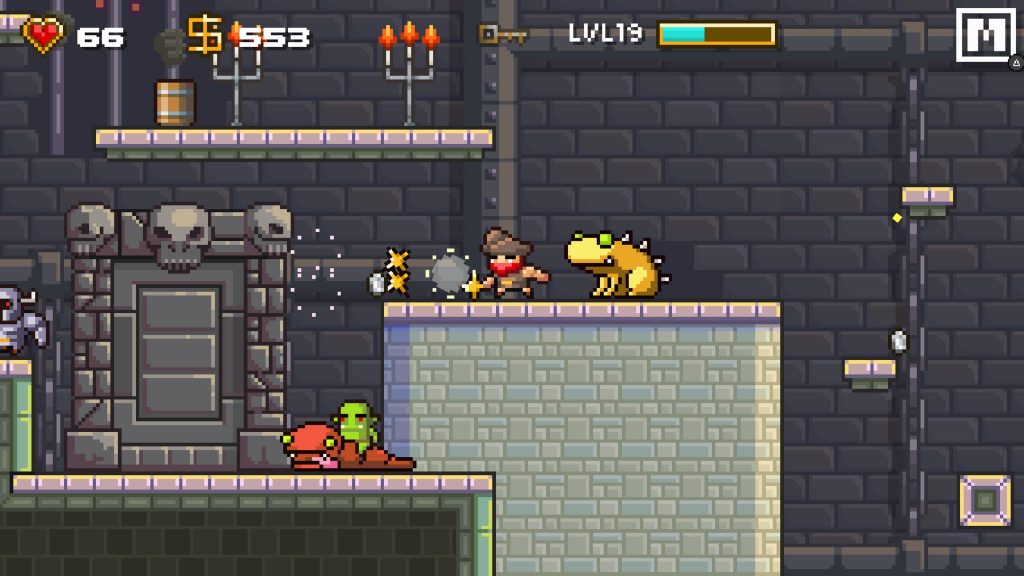 Unusually for Ratalaika games, the platinum isn’t just given away.  You have to complete the whole game to get it and this is a game that can be quite challenging.  As a rogue-lite you’re constantly getting better stats and eventually you can brute force your way through the game (kind of how us mere mortals played Rogue Legacy) but this will take you several hours and we kind of applaud it.  Sure, Ratalaika are getting moaned at by some absolute quims online for actually making you earn the platinum but value for money is a thing and this offers like 15 times more value than their usual platinum fodder titles.

However, this is still just a Tesco Value Rogue Legacy with basic visuals, by-the-numbers music and fairly unsatisfying rogue elements and as such doesn’t scream ‘buy me’ but if you end up owning it, you’ll get some entertainment from it.  Indeed the legacy of its prequel – a game that did nothing wrong but only because it never attempted anything spectacular – is very evident here and while Devious Dungeon 2 is the better game, it gets the same score because in the last year the prequel looks a point or two worse from here.