Devious Dungeon by Spanish coders Ratalaika Games is a port of their  popular 2014 iOS game and is out now as a cross-buy title for PS4 and Vita.  This simple rogue-lite platformer tasks you with saving a kingdom from an ancient evil that lurks in the catacombs under the king’s castle although that is about as much plot as the game offers.

You enter the game via a portal and from that point on you’ll spend your time in each of the game’s levels jumping between platforms, hacking away at enemies and searching for a key that will unlock the door to the next level.  It’s a simple enough concept but Devious Dungeon doubles down on that simplicity by giving you just two main controls, jumping and attacking, as well as a map screen so that you don’t get lost. 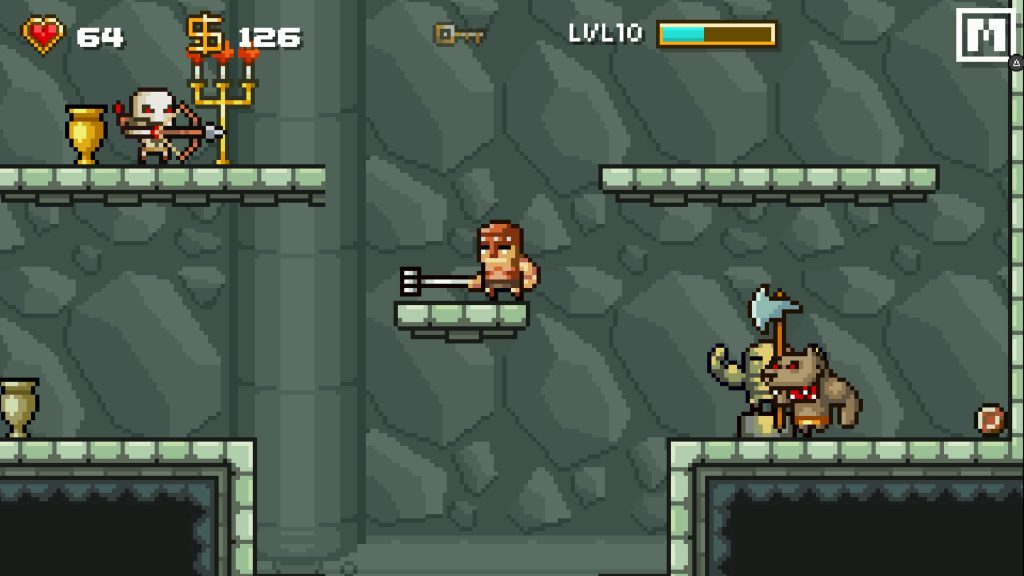 The game’s enemies are a mixture of melee and ranged types who hang around on platforms in the level in an effort to stop you and killing them will earn you experience that will ultimately let you level up a little.  Individually they don’t offer too much resistance but health potions are few and far between in the game and so eventually you’ll die and will need to restart the game.  This is where the game’s rogue-lite elements come into play.  As you progress through each level, you’ll also be able to smash chests and vases that release coins that bounce away from you.  This money can be spent on upgrades which will allow you to survive a little longer next time, however even this is fairly simplistic as you can only upgrade your strength (attack damage), stamina (maximum health) and dexterity (critical attack likelihood).

The core gameplay is pretty relaxed for this type of game.  Other rogue-lites like to hand your ass to you pretty quickly but this game is quite relaxed when it comes to difficulty.  New enemies are introduced fairly infrequently and their patterns are pretty easy to figure out so its not like you’ll be struggling but this also means that the first impression from the game is that it takes a while to get interesting.  Also, and we’re not complaining about this, but when you die you can restart from every third level so getting through the game is maybe a little too easy.  That said, the bosses that turn up on every thirteenth level are a bit more challenging but their patterns are eventually something you’ll be able to understand and if you die, you get to go straight back to these battles 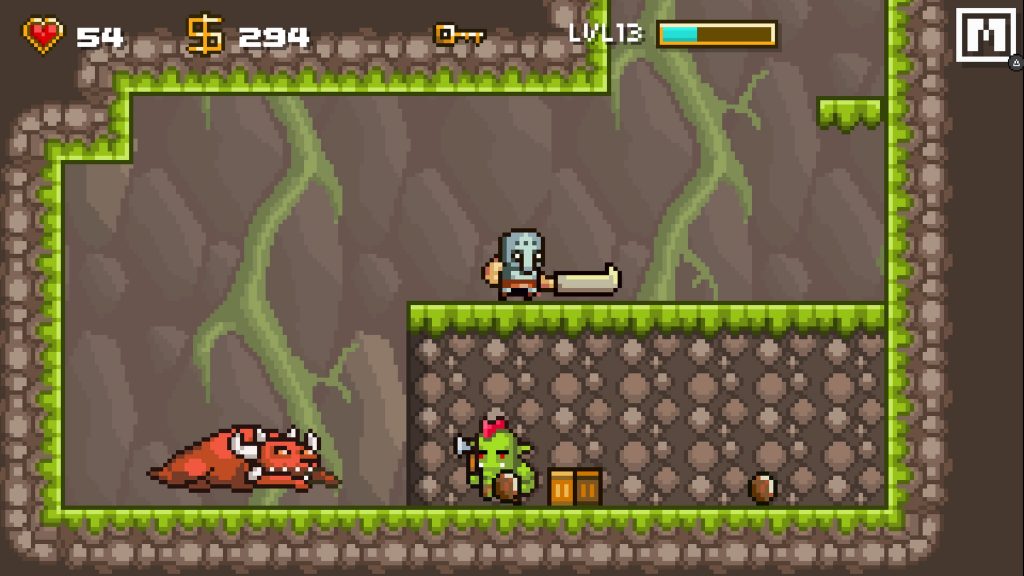 Having played, and reviewed, so many rogue-lites we’re always looking for some sort of unique hook to set these games apart from each other, be it something visual or, preferably, gameplay-based otherwise you’re just riffing off of the template set down by Rogue Legacy but the big knock against Devious Dungeon is that it never does anything to set itself apart from that game or any other rogue-lite.  You’ve got the usual pixel art visual style, the standard rogue-lite mechanics and the medieval setting and with its simplified gameplay, the game does come across as unambitious in the extreme.

That said, the game is reasonably addictive and fun and the pick up and play nature of the gameplay (aided mainly by those generous checkpoints) means that it is very well suited to the Vita but where games like Rogue Legacy or the recent output of 10TonsLtd (Jydge, Neon Chrome, Tesla vs. Lovecraft) have really interesting upgrades and/or weapons to play with and explore, there’s nothing really interesting going on here.  Every level feels the same (especially as they are randomly-generated which again takes away from their design) and there are no attempts at puzzle-solving or trap rooms that other games in the genre usually offer.

The visual style, your usual 8-bit pixel look, is also pretty unambitious and not particularly attractive.  It looks better on the Vita, thanks to its lovely little OLED screen, but on a big 4K TV the PS4 version just looks a bit simple, and even a bit ugly.  Where Rogue Legacy had four distinct areas with their own look, Devious Dungeons just assigns a backdrop randomly to each level from a small collection of styles which makes this just feel like an old arcade game rather than making it feel like any kind of adventure.  Also, you can’t pan the camera around so you’ll be taking far too many leaps of faith during the game which is something we don’t like to see in 2D platforming games. 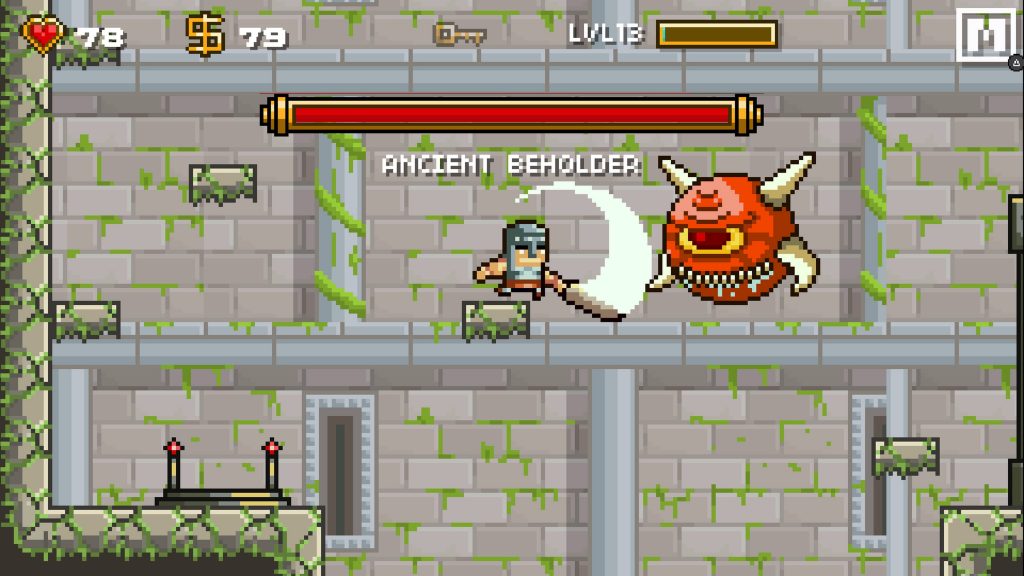 Those visuals are almost a metaphor for the whole game.  It’s never broken, never terrible but equally there’s no effort to elevate the game beyond being just competent.  This is just a game that you play to get through it, rather than one that you’ll be recommending to all your PS4/Vita owning friends.  It’s a game of slow progress which makes the decision to not have cross-saving something of an irritation (trophy hunters will be annoyed to find that the PS4 and Vita trophy sets are separate, meaning you’ll need to go through the game twice if you’re a completionist).

So while there is very little wrong with Devious Dungeon there is even less that stands out about it but if you want a simple, playable rogue-lite, and have played all the best ones that PSN has to offer, then this isn’t a bad option but it is far from the best one out there.

Summary
Unsurprisingly, a port of a 2014 iOS rogue-lite platformer isn't going to light up PSN in 2018 and while Devious Dungeon doesn't do anything particularly badly, a lack of ambition stops it from standing out in any way.