From London based indie duo, Ritual Games, comes Cybarian: The Time Travelling Warrior. Published by Rinsemeisters to HM The Queen, Ratalaika, it plays it fast with the trophies as per. The unlocking template is alarmingly close to another recent Ratalaika game we reviewed recently in fact. We’ll go into that later.

The titular Cybarian is a barbarian thrown across time upon pulling a sword out of a stone. Cybarian is a chip off the old Conan, not so much a homage as a direct rip. Though honestly, there’s not much scope for deviation from that template. Pratchett’s Cohen The Barbarian being a notable exception in being geriatric.

You’ll gain control after the eponymous hero is flung into the distant future, appearing in an alleyway in front of two homeless types. Naturally the only thing you can do is practice your combo technique on them, it’s all a matter of timing. This basic combo is as complicated as combat gets, augmented only by the combat roll and sword throw you’ll get from beating the end level bosses. 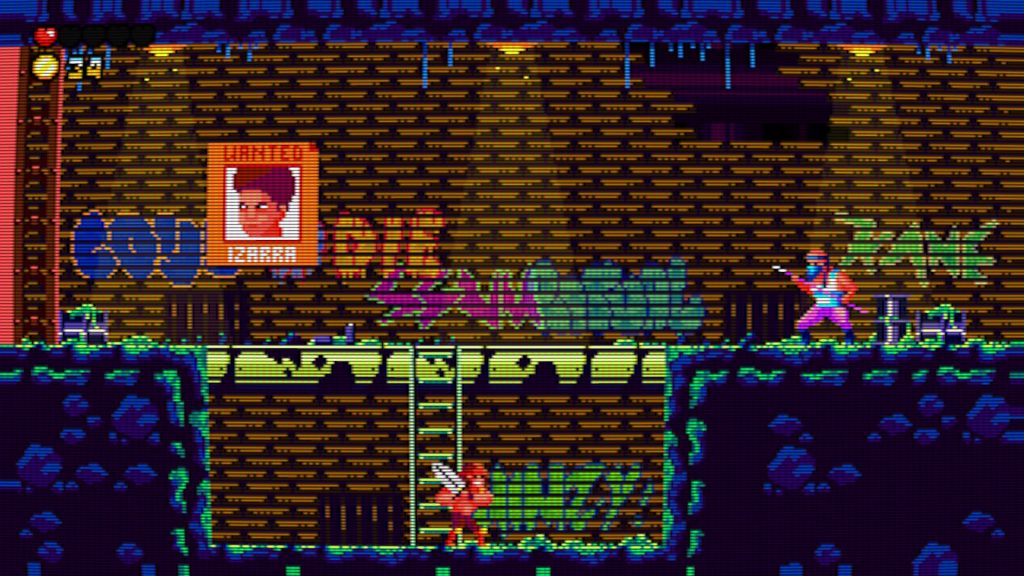 The gameplay is a solid platform brawler that we enjoyed for the most part, one annoying platform area notwithstanding. You’ll die a lot if you don’t nail the basic combo, so Cybarian is as much a game of cadence as it is brawling.

Cybarian‘s first trophy criticises you for unloading on a homeless man, even though it won’t let you proceed without doing so. The trophies come thick and fast after that. Each time you kill a new enemy type you’ll get one. Collect a coin, one more etc. Besides those trophies relating specifically to the game mechanics, you’ll get one for reaching the level one boss, one for beating him too. And the same with level two. Reach the level three boss and you don’t even have to beat them. Just catching a glimpse is enough to get your platinum. 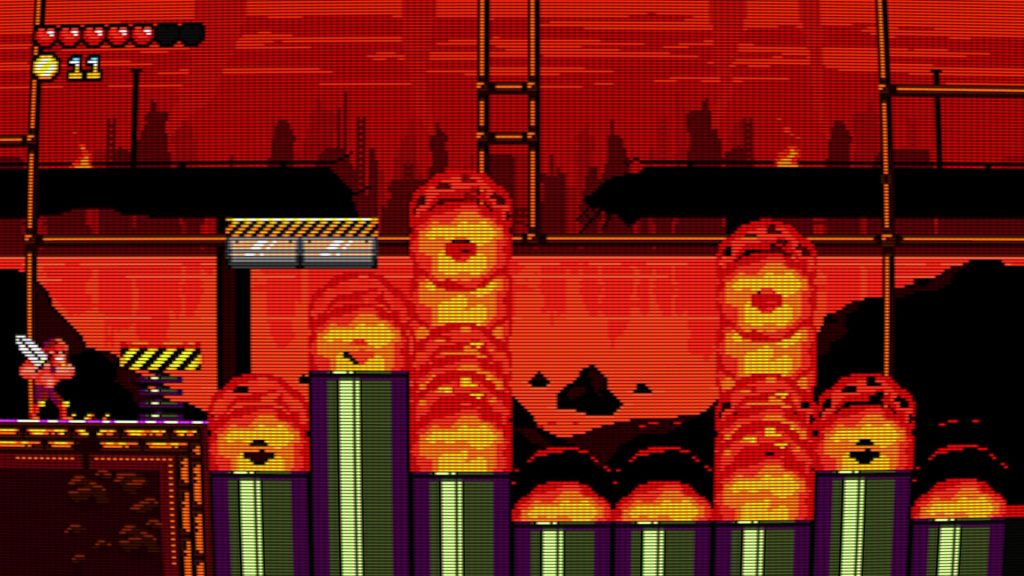 Along with another trophy for reaching the end level boss on Hard+ difficulty, the trophies are very similar to another Ratalaika release, Super Weekend Mode. Just as with that game, Cybarian is a better game than the fate it likely faces of being a one and done.

The trophies mean the bulk of its audience won’t even see the fourth level. Though the level three bosses, the Twins are a pair of pricks. They could only be bigger pricks if they were called Ralph and Sebastian and worked in The City. A generous level select means we’ll be back to beat them despite getting a platinum. The bosses in this are well done, each is nigh-on impossible to beat without using the skills you pick up along the way. 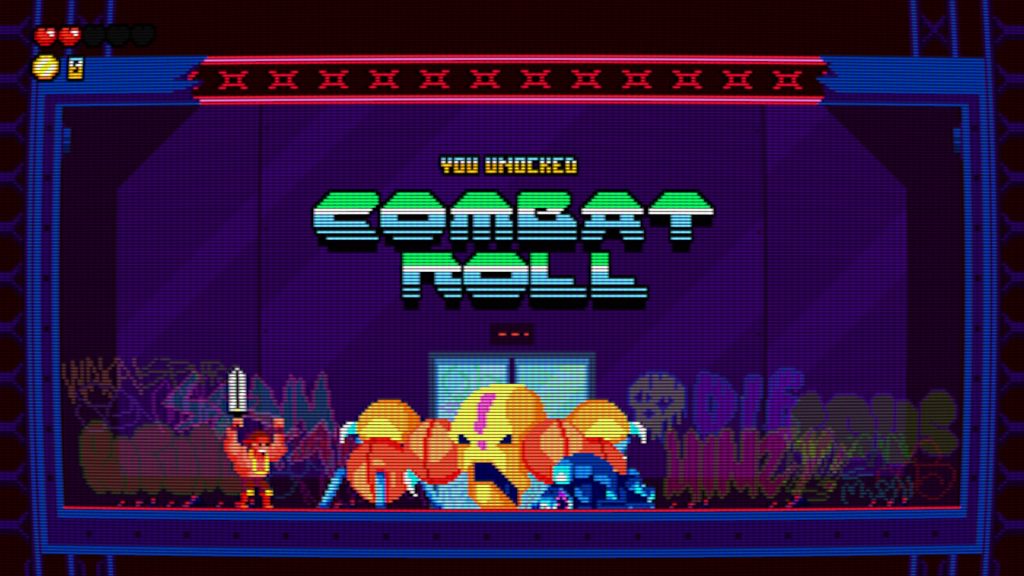 Boss one you simply need to dodge his attacks to proceed. Boss two requires generous use of the combat roll to prevail. Similarly, the level three boss needs you to use both combat roll and sword throw. Though in the interests of expediency we cut it short there to get this review written. We shall return on Vita to take care of business though.

Cybarian: TTTW is short. Like really short. Four levels short. Yup, the trophies are a cunning facade. It’s almost as if the devs expect the bulk of their audience to not reach the end. You’d think this brevity would allow Ritual Studios to have honed this to a perfectly tuned little experience. Sadly a few niggles creep in. 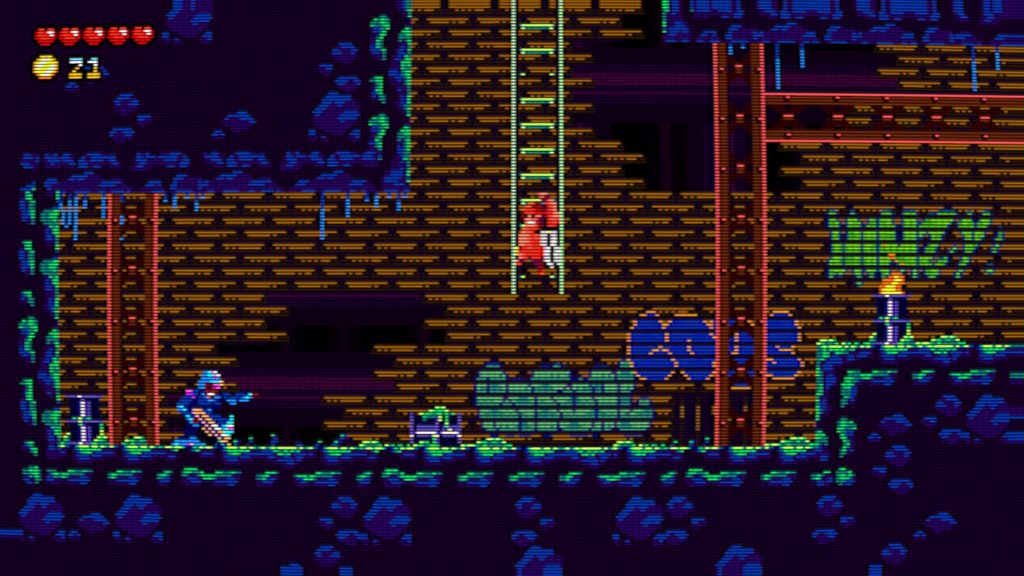 When descending a ladder, you have to climb all the way to the bottom before you can move on. This baffling restriction means you’ll descend right into the attack cones of any enemies that might be lurking at the bottom. No such restriction when you are jumping on to a ladder though. It’s daft.

The retro looks and music and the fact that scanlines are on by default give you a very definite sense of the time period Ritual tried for. We switched them off after a while as they looked a bit silly on our giant living room TV. Perhaps better suited to the original Steam release on a somewhat smaller screen. 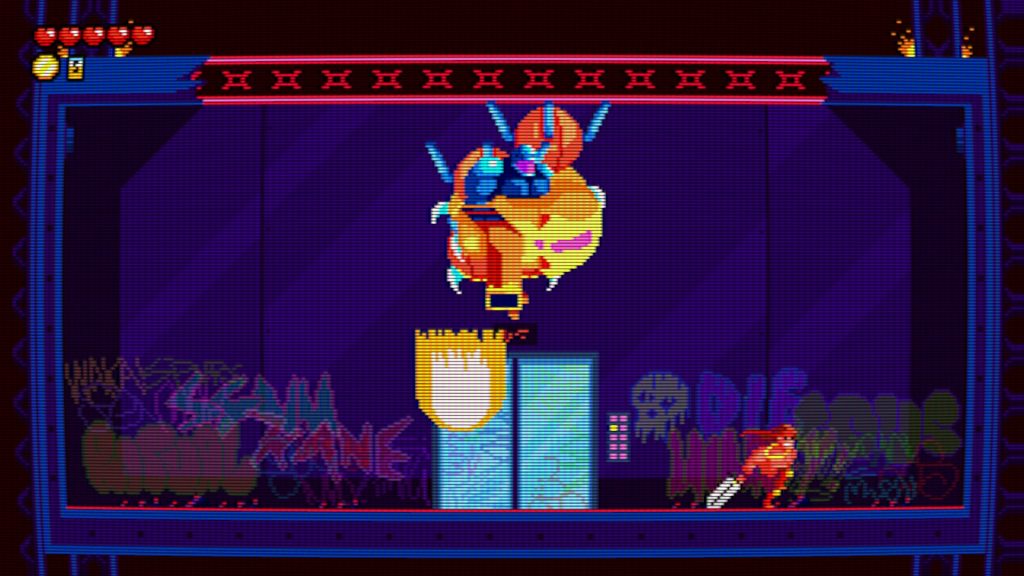 Due to the game being short, the devs resorted to not having any checkpoints during normal play. The only opportunity at a do-over being once you’ve reached a boss. Level one was OK, but we played level two far more often than we’d have liked, one platform section proving more taxing than we’d have expected. The no checkpointing meant we played level two far more than we needed to. Level two’s boss fell quickly and level three was a romp until you reach the Twins. 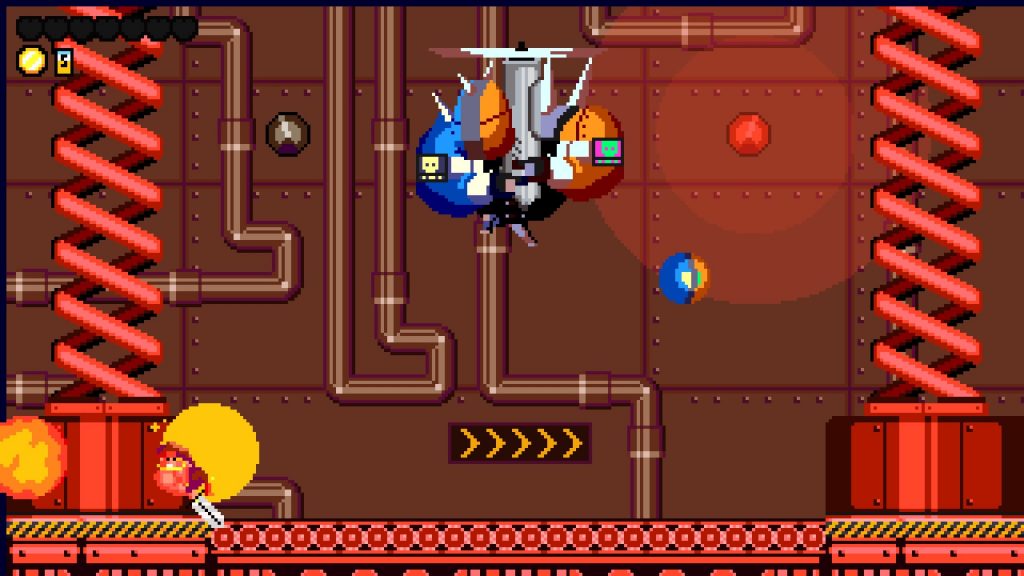 As we said earlier, the level select means we’ll be back to finish off the job. Maybe not on PS4, this being well suited to Vita too. The cross-buy means you get two platinums for less than the cost of a bacon butty, this won’t harden your arteries either.

Taking into account the Vita cross-buy, we’d not hesitate to recommend Cybarian: The Time Travelling Warrior despite the niggles. It’s short, sure. But it’s fun with it. Level three’s boss will fall and we’re determined to see out level four too.

Cons
- Combat is so uncomplicated as to be laughable
- Trophies by numbers
- Very short
- 99% of players are unlikely to even see level four due to trophies
Summary
A fun if short platform brawler. Vita cross-buy makes this worth considering if you have one.