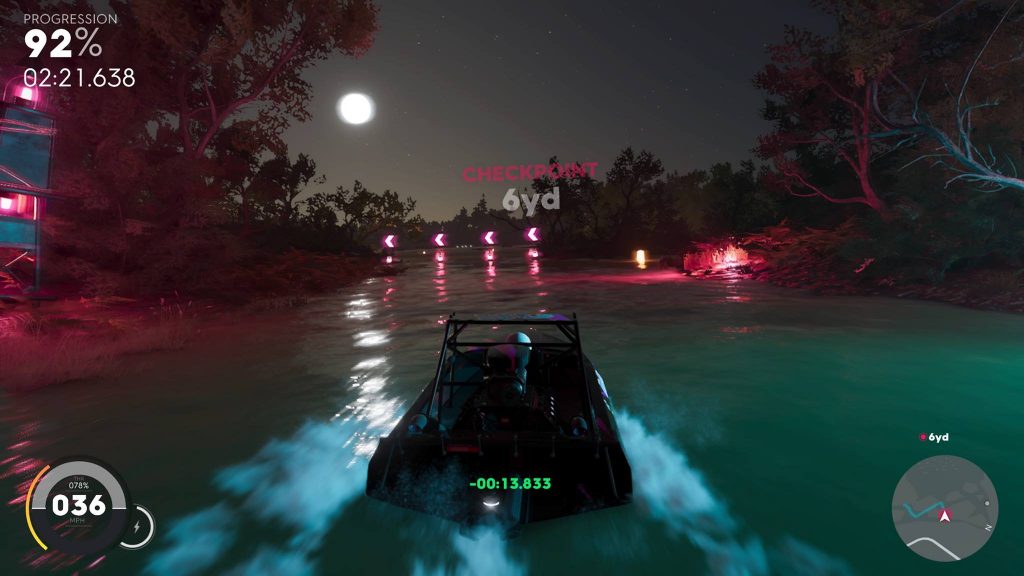 Love them or otherwise, Ubisoft have a knack for keeping us interested. Every time they announce a new IP there is a mixture of trepidation and excitement as to the possibilities of how good this new franchise could be, or in how the prospect of a concept could be overpromised. One of the core things to consider with Ubisoft however is that no matter how underdeveloped an initial title can feel, their sequels have a good chance of righting the wrongs and turning the IP into something that lives up to that initial hype. We have seen this before, thanks to titles such as Farcry 3, Assassins Creed II or Watch_Dogs 2. Each of these managed to overcome the stigmas that plagued their original outings, and each turned into franchise and genre defining games in their own right.

The Crew as a franchise feels like it was made exactly with this mould in mind. The original came out in 2014, promising an open world that spanned America and allowing players to make their own racing crews to tear up streets to claim dominance. It was a fair attempt, however it didn’t take long for the debut issues to appear, such as the less impressive cut down version of the USA instead of a larger more realistic depiction, a Fast and Furious style story featuring illegal street racing that didn’t quite hit the mark and some troubling AI issues that bogged down the single player modes, making everything seem a bit less appealing.

The Crew 2 seeks to change all of that and it starts by switching gears somewhat. The story mode is the biggest change as it now instead features more of a focus on your racer entering joining different extreme/ racing sport crews, each with their own disciplines. Instead of fighting for the streets and a criminal underworld you instead are fighting to gain followers as an extreme echo to the social media influenced world that we live in today. Followers and the fame they bring can be earned in several ways, but the core ways are by winning races, performing stunts or by engaging in extra activities like taking snapshots of sights in the open world. 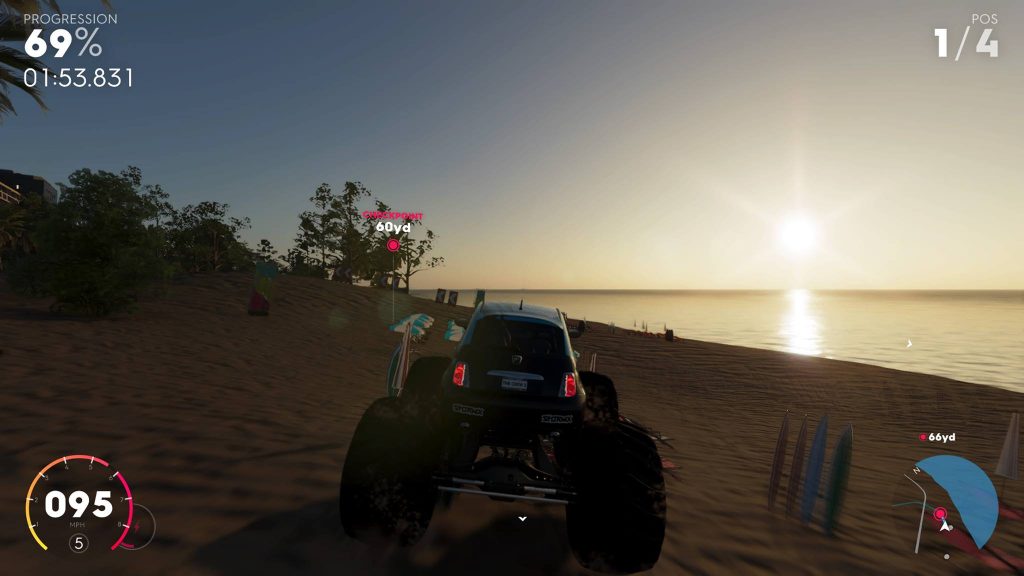 The dynamic shift will be the most jarring aspect for fans of the original as it doesn’t make much for a narrative but considering the open world nature and the variety of craft that you will pilot, it makes sense to include a theme which will allow of these disciplines to mix. The four different disciplines allow access to at least four different types of motorsport. For example, Freestyle gives you aerobatic planes, monster trucks and Jet Sprint racing with nippy little boats. While the Pro discipline offers air racing, Formula One type Alpha GP and high performance boat racing. This mixture allows for a multi-linearity that would feel at odds with the original’s story mode, so for me it feels like a welcome change.

As the narrative takes a back seat, means of progression is based entirely around earning fame and parts for your favourite vehicles. Instead of focussing on unlocking and hoarding every possible car or plane, you are served best by picking a ride that you like and unlocking parts with an odd loot system that builds on the overall performance of your vehicle. You earn these after winning races or by finding loot in the open world and the performance increases act in a similar way to light levels in Destiny. Each of the upgrades give bonus’s to various aspects, allowing players to tweak their rides with better manoeuvrability, speed or nitro boost cooldowns in addition to adding to a performance total that indicates how probable a win in the next race will be. The only issue with this is that the increases can feel incremental at times and more like you are trying to fit an arbitrary number goal to have a better chance, but I will say it does make you appreciate individual vehicles more as you put more stock in your favourite.

Regarding handling overall, The Crew 2 does a pretty good job of introducing each vehicle type and making each feel approachable. The style of racing feels more arcade like than the simulator style of Gran Turismo and this gives the game a more accessible feel, yet not so much that you feel like you are playing a kart racer, there is still a bit of heft behind each vehicle, particularly in street races as you still need to consider your speed as you weave through the avenues of America. New additions of boats and planes feel superb. The former has a lot of depth as you must consider unpredictable water conditions to make the most of your movements. Aerobatic aircraft feel the best for me as there is a gleeful sense of freedom with stunt challenges and races. Rally feels even more loose as these races have eschewed typical tracks for a more open path, allowing you to race through forests or swamps that allow you to figure out the best strategies to get through each race. 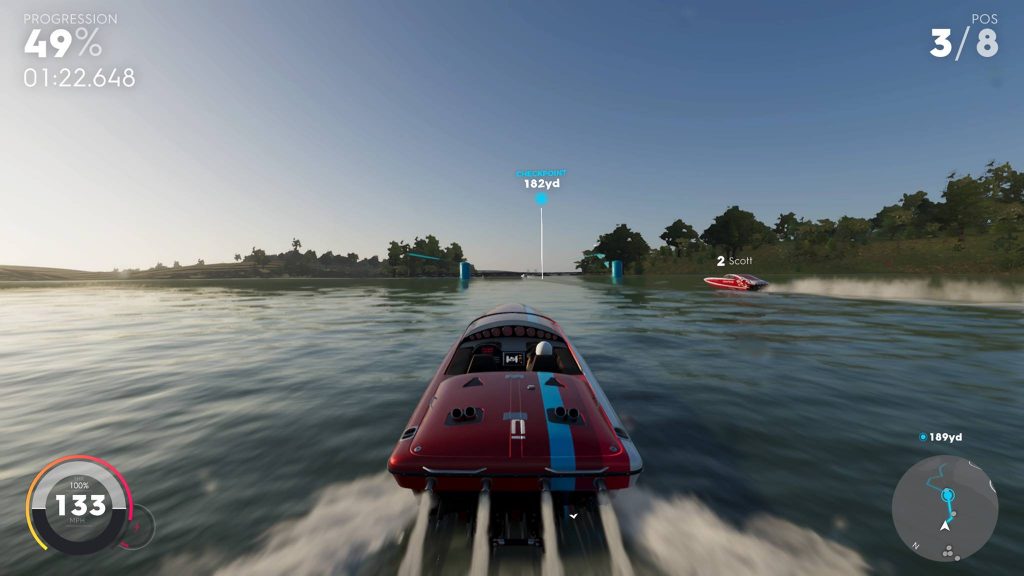 The big thing that takes away from these fun mechanics and disciplines however is the driver AI during events. This can often feel massively unpredictable, but the constant to remember is that if you make a single mistake in a race that causes you to slow down or a crash that takes you off course occurs, you will likely have to restart the race. This is due to the AI suffering from the worst case of rubber banding that I have seen. It doesn’t matter how far you feel you are in front of the pack, periodically the racers behind you will simple teleport to a position right behind you and once they are back in front it is a real battle to overtake them again. What doesn’t help this is that the events are still based in the open world environment, meaning you don’t have invisible walls or anything similar funnelling you towards the finish line. If you end up off the track then this will likely end the run and this can cause some serious frustration and unnecessary challenge for the sake of it.

To address another concern from the original, the open world is much larger than previously depicted and spaces out the sights in a more convincing manner. Unfortunately, this represents a double-edged sword. You are perfectly able to take the road and travel to different events, meet players and search for photo opportunities or hidden loot boxes but there is a sense that there isn’t that much to see. Despite the gorgeous scenery, there isn’t an awful lot to pace the content, other than simple skill missions or occasional run ins with other players. This is further exacerbated by the progression in single player as events only pop up when you have the fame level to attempt them. After a short time playing, it quickly becomes apparent that the best way to get to each event is to simply select the one you want to do from the pause menu and fast travel there.

For multiplayer, this is where The Crew 2 feels like it misses the mark. The only option currently in the game for multi is to play coop events, with no scope for player vs player antics. This comes in handy to a degree as if two players are performing a race and one comes in first then this helps the other player progress as they get credit for a win, but as the only real interaction this feels like a big let-down. The open world aspect of meeting players, setting a race on the map and then going at it sounds like both an easy win and something quite appealing, however this is completely absent. Any interactions outside of the events feel purely superfluous and does little to reinforce the core idea of a racing crew concept.7 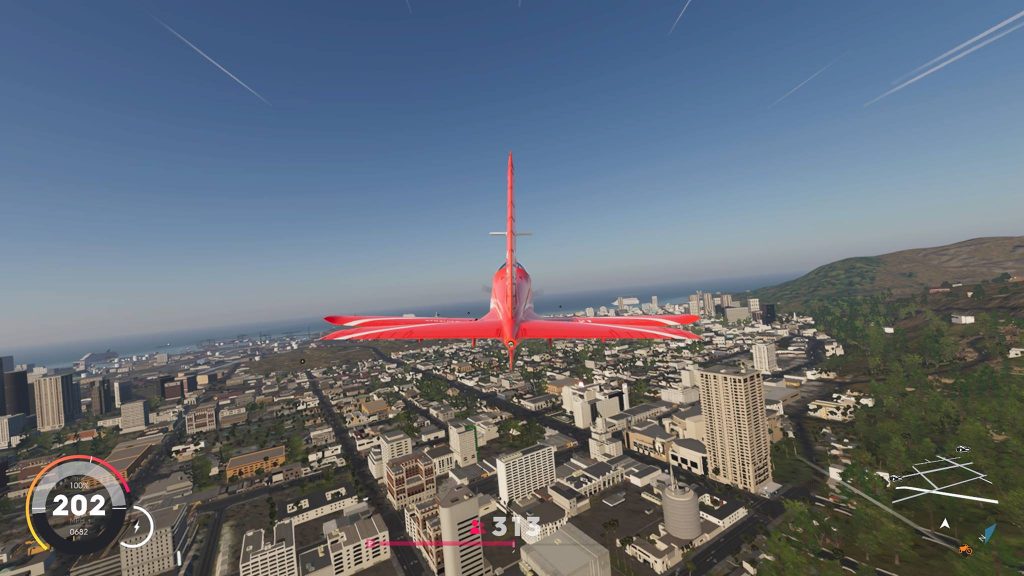 This is not to say that The Crew 2 is a massive disappointment however. There are some clear improvements to the formula from the first and there is of course scope for all of this to improve as most of the issues on the surface seem fairly easy to fix. With a bit of further tweaking to the AI or adding a few more interactions to multiplayer, we could be looking at one of the best third party racing franchises out there. If you don’t fancy it now then it will be worth checking to see how the upcoming DLC fairs as that may turn the tide.

The Crew 2
6 Overall
Pros
+ Tons to do in single player
+ Additions of air and water events are great
+ Visually stunning in places
Cons
- Not much to do in Multiplayer yet
- Progression system can feel a bit too gated
- Rubber banding AI takes the fun out of some events
Summary
The Crew 2 addresses some complaints from the original game, however not to the point where the concerns are completely eradicated. There are some clear improvements such as a larger open world, a better focus and the inclusion of new racing disciplines by air and water. However, the rubber banding AI and lack of multiplayer content keeps the series from hitting its potential.