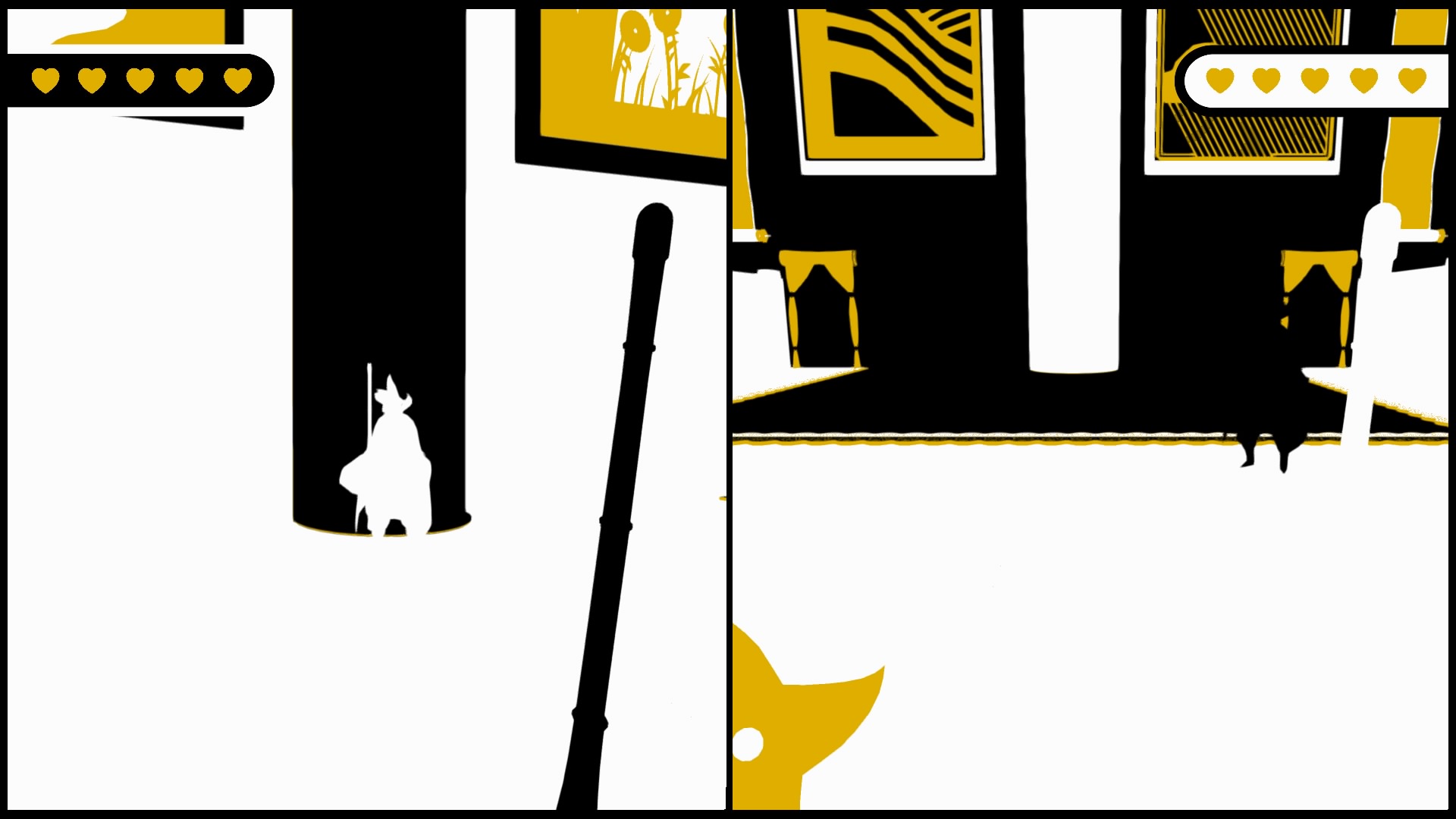 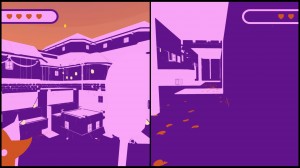 Chambara by Team OK (they write it as team ok but that’s simply unacceptable around these parts) is a few things. Firstly, it’s a first-person slash ’em up where you, and some couch-based chums, play as a fat samurai pigeon. Secondly, it’s fundamentally pretty good. Thirdly, it’s a missed opportunity. So, let’s address those points in order.

You, and your opponents, run around small arenas trying to slash and stab each other. If this was an ordinary FPS, the whole thing would be pretty uninspiring but this isn’t ordinary. Stalking after your opponent and needing to get close to finish them changes the emphasis. There’s no camping here, you have to be brave if you want to get results. 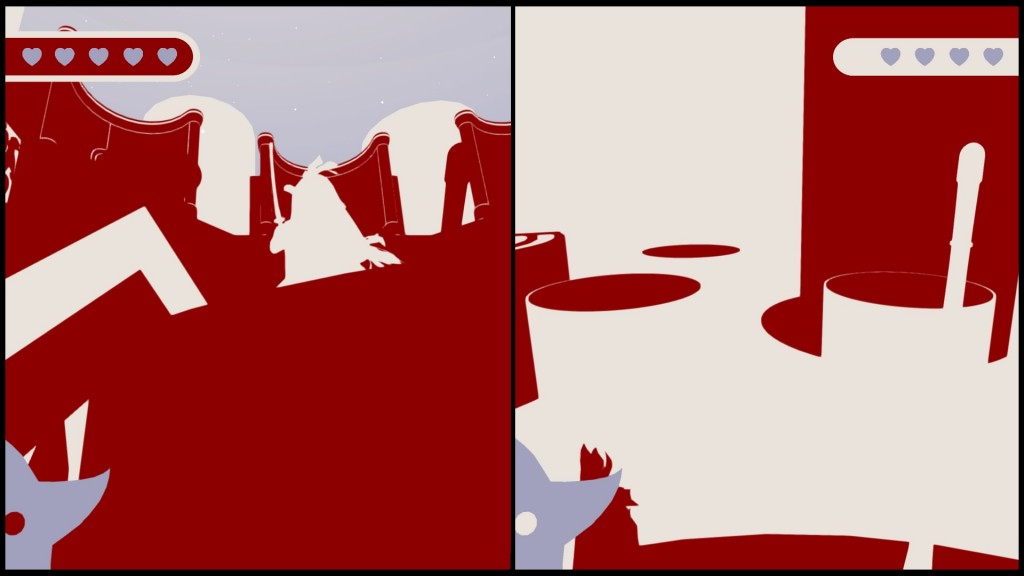 You are armed with a shuriken as well as your trusty sword. The shuriken can be thrown and will paralyse your opponent briefly. If you miss, it can be retrieved but its never going to be your main weapon. So, getting up close and personal is the main aim of the game.

Now what makes it interesting is that the game uses two colours at any given time. It makes for some garish colour schemes, but the idea is that if your character stands next to a wall of the same colour, it will be entirely camouflaged, if seen from the right angle. 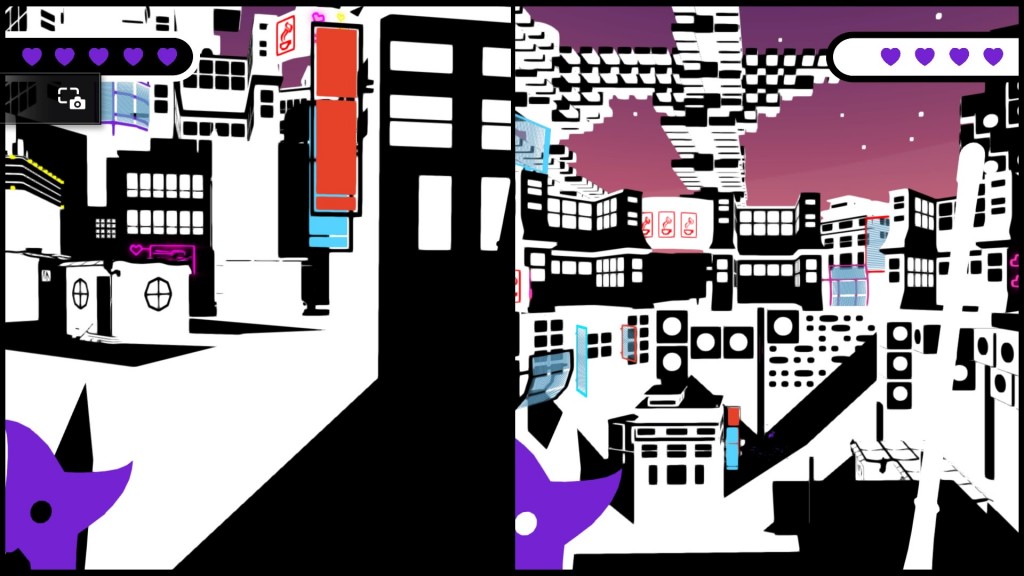 This makes for a series of tense battles as you run in and out of cover, trying to track down and kill your opponent in a series of deathmatches and at its best, these battles are tight, strategic and exciting. There’s a slight feel of Nidhogg to proceedings as tension gives way to manic laughter as each fight is resolved.

However, the enthusiasm starts to flag pretty quickly because there really isn’t much else to the game. What the game really needs is online play because local multiplayer is the only option here (you can’t even play against bots). It’s 2016 and not putting in netplay seems like a laziness or competence issue. There’s no reason for it. Developers love to use the excuse of ‘bringing back couch multiplayer’ but this game is ruined by local play because you can see what your opponent is up to (there’s a button assigned to closing your eyes, in order to hide what you are doing but that’s not really a good idea in a game of micro-adjustments like this). True online play with lots of opponents would make this so much better. 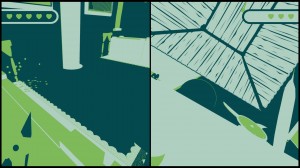 With its minimalist looks and odd colour combinations, this has a unique look but where Nidhogg combined precise gameplay with visual madness, this all seems a bit too staid to work well as a party game. If you’ve got some gamers over and you put this on, people will enjoy it for a short time but they’ll soon be asking for Drawful, Nidhogg or will be making you break out Hidden in Plain Sight on the Xbox 360. Chambara is alright but with a bit of extra time, effort and skill it could have been special.

Chambara
5 Overall
Pros
+ A fairly original idea + Battles can be tense, enjoyable affairs
Cons
- Visuals are a bit of a miss - The appeal of the gameplay wears off quickly - really misses having online play
Summary
Once you get over how limited it all is, Chambara does offer a tense and tactical set of sword battles for wannabe samurai. However, the appeal wears off fast and it's just a bit too sober to be a decent party game.
We use cookies on our website to give you the most relevant experience by remembering your preferences and repeat visits. By clicking “Accept”, you consent to the use of ALL the cookies.
Cookie settingsACCEPTREJECT
Manage consent