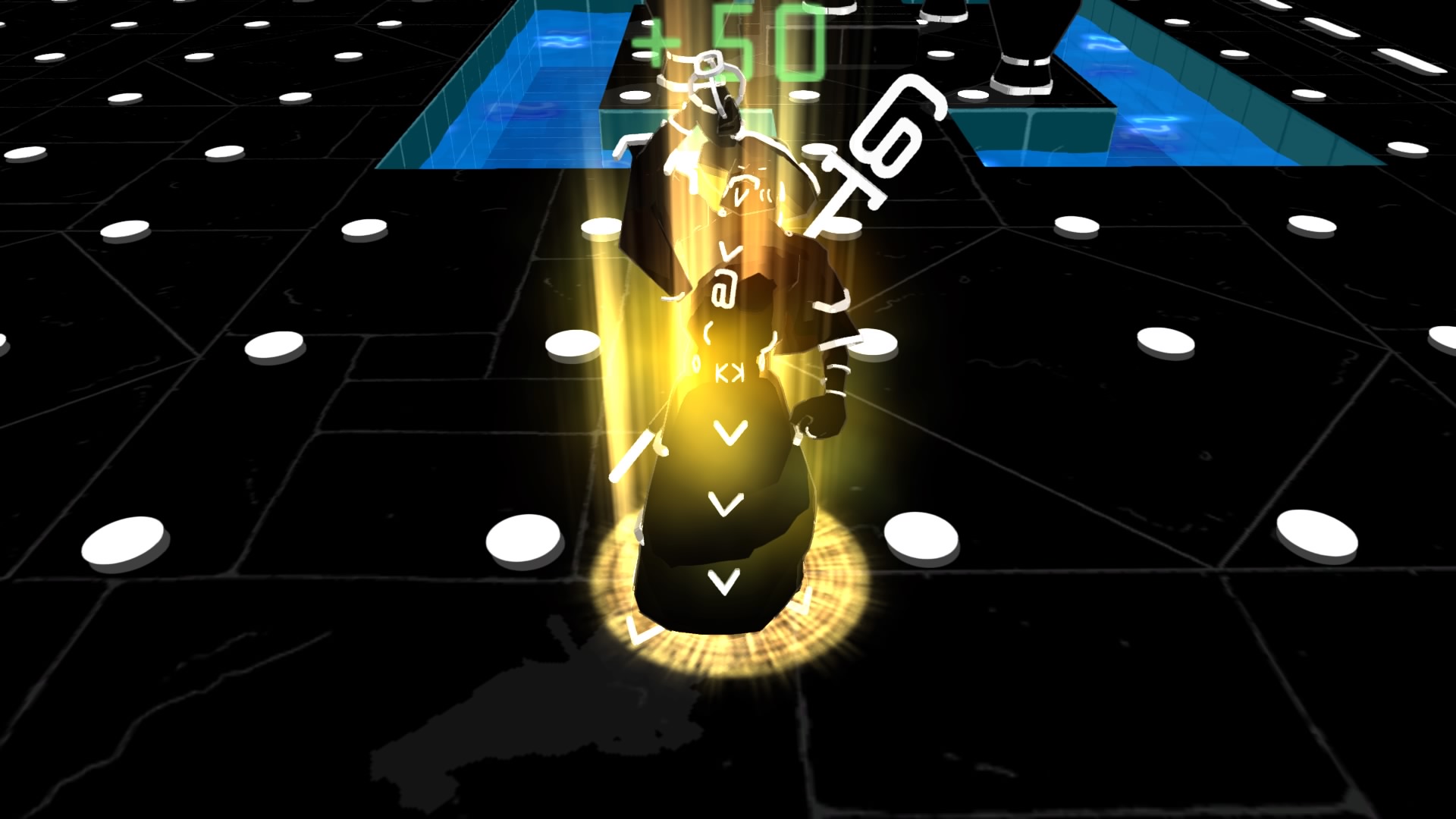 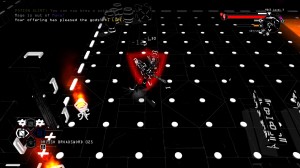 We’ve said it before, but there are way too many roguelike games out there at the moment. We seem to be reviewing at least one per month and so when Brut@l turned up this week, we weren’t surprised. However, Brut@l isn’t just a roguelike but rather a reenvisioning of the original Rogue itself. That ’80s dungeon-crawler that used ASCII characters to draw its world and asked the player to use their imagination to fill in the gaps. It’s that. In black and white and with basic symbols everywhere.

The difference though is that while initially it all looks very basic, Brut@l is in third-person polygons with a decent hack and slash engine behind it. Monsters, weapons, spells and traps are all properly realised but those ASCII character sets are still referenced. It gives the game a modern feel but with an authentic Rogue meets Tron coat of paint. 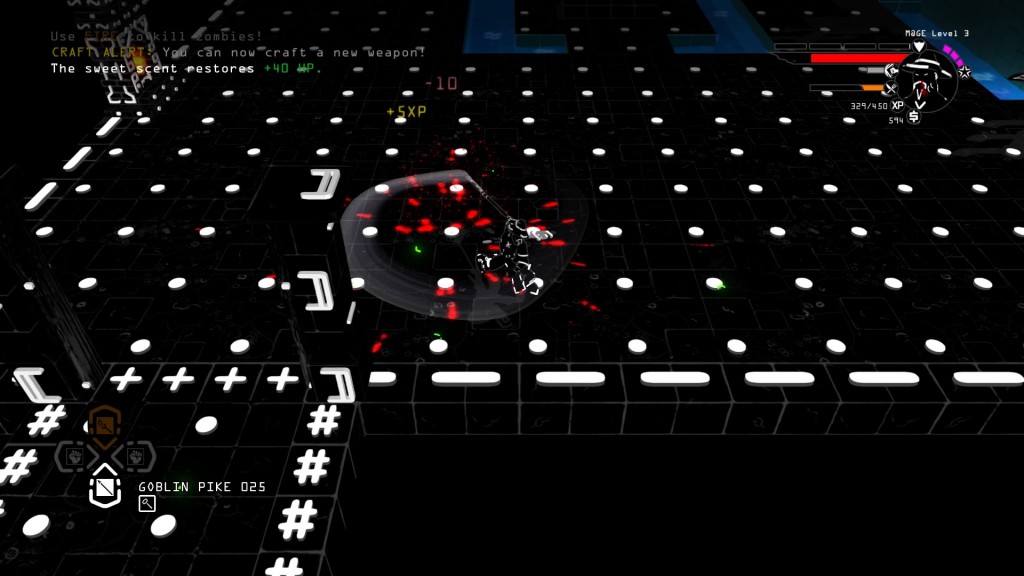 Each time you play, you start at floor one and have to find the exit to the floor, slowly progressing down towards the game’s final basement level (the 26th level). You pick one of the game’s four classes to play as (I favour the Mage as I like having the ranged attacks as an option) and each floor will be randomly-generated and full of monsters and traps. Navigating through the combat is pretty straightforward. You can hack at enemies, block their attacks, use ranged attacks and jump away if the fight isn’t going well.

Defeating enemies, and destroying scenery, earns experience (which can be used to gain new abilities) as well as money and loot. It’s a clever loot system in that you have to find the blueprints for new weapons and potions and then the ingredients/parts to make them. With weapons, you need to find letters (from A-Z) to craft them and enchant them with new effects. It’s not too complex though, even if the game doesn’t initially explain it all that well. 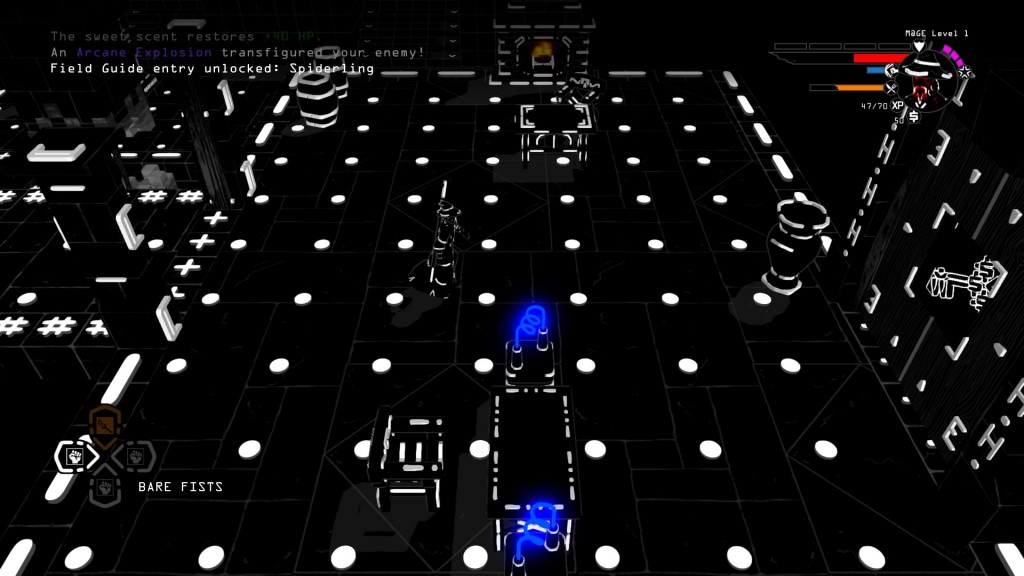 During a good run you’ll be clad in armour, twirling some enchanted weapon around, making potions and generally having a great old time. Death can come quickly and savagely though. The game gets harder as you get more powerful, so it’s always a bit of a struggle. The difficulty feels right for sure but when you die and have to go all the way back to the start, it can be a tad dishearening. We tend to prefer roguelikes that give you a bit of ongoing progress but Brut@l isn’t interested in any of that.

The answer to that is to get good and even in a game as random as this one, Brut@l does reward practise and patience. The action feels quite arcadey but its slick and when you throw in the graphic design, it makes for a very slick package. The looting here is quite well-pitched. You aren’t changing weapons every few minutes like Diablo but you do get a nice feeling of progression as you descend through the floors. Also, you can risk money at altars to pray for an extra life, which is quite handy when it works. 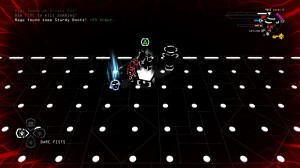 There’s a lot to like here. It looks different, and polished, which is nice as we’re so sick of the 16-bit style of roguelikes that we keep seeing and the action is actually pretty satisfying. The looting aspects do make the game feel rewarding and that’s really all you can ask. It’s tough but we’re getting better all the time and hopefully you will too.

Review 0
8 Overall
Pros
+ Looks great + Addictive + Good crafting system + Decent combat
Cons
- When you die, it's back to the start - Another roguelike
Summary
In a sea of roguelikes, you might as well go to the source. Brut@l is a brilliantly addictive reimagining of the original Rogue with smart graphics and accessible combat.
We use cookies on our website to give you the most relevant experience by remembering your preferences and repeat visits. By clicking “Accept”, you consent to the use of ALL the cookies.
Cookie settingsACCEPTREJECT
Manage consent