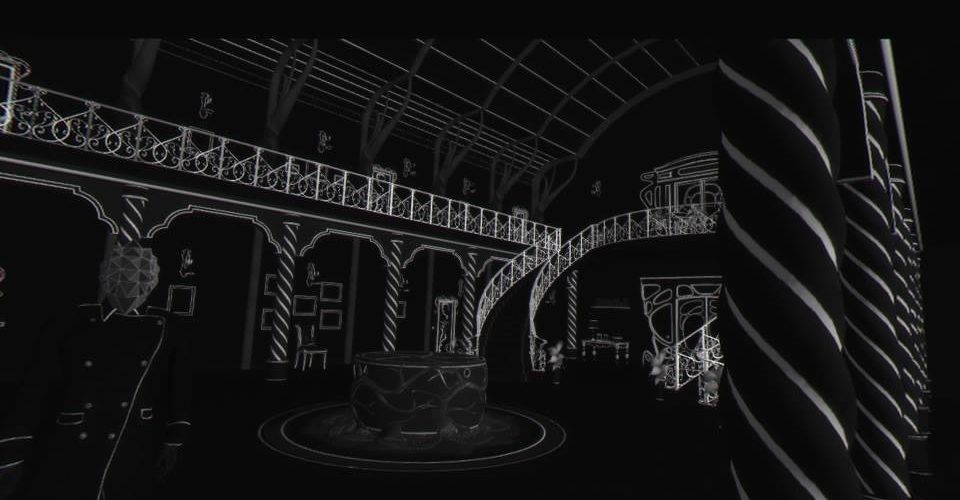 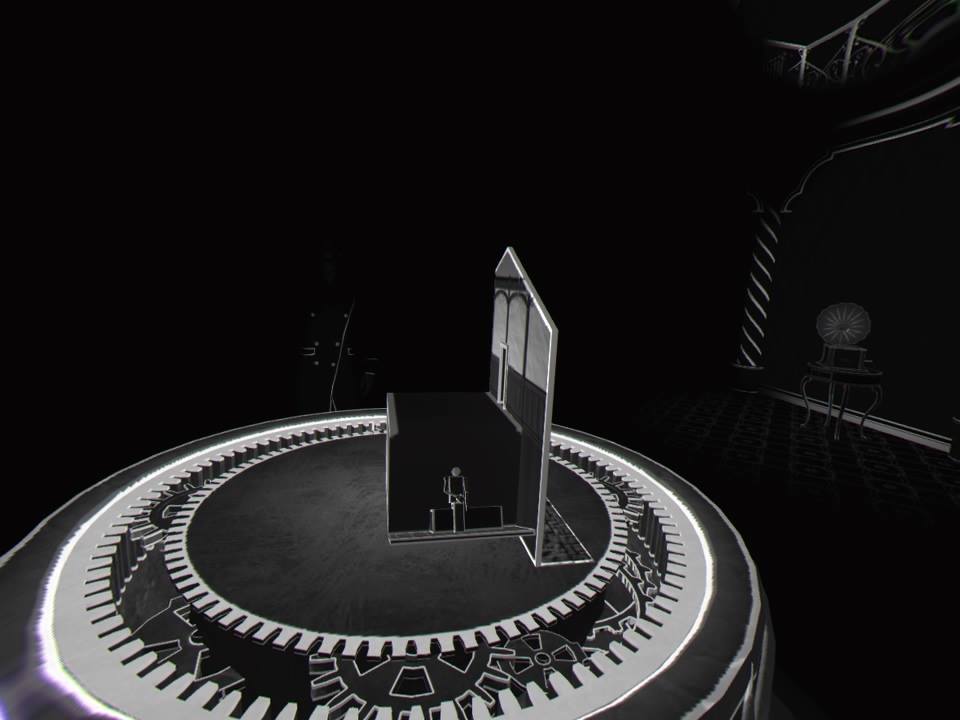 As VR experiences go, the idea of playing a game from the perspective of a character that is blind was one that was fit for intrigue. Arguably the most important aspect of the medium is through vision, so to be able to take this away from the player and represent a world that can only be seen through the actions of the controller is a step in the direction for a compelling and unique experience.

Blind on PSVR aims squarely at replicating that feeling and at the beginning, seems like it does a good job with the concept. You play as Jean, a girl who is travelling on some country roads by car with her younger brother who unfortunately ends up in a car accident. She awakes in a mansion, only to realise that the world is pitch black, save for the appearance and disappearance of surrounding objects depending on the sounds around you. It’s quite an intense sensation at first, with the bright white outlines of objects as they fabricate into existence being very bright and jarring. During the opening moments you must rely on the sounds from nearby sources, but shortly after you are granted a cane in which to generate sounds yourself. 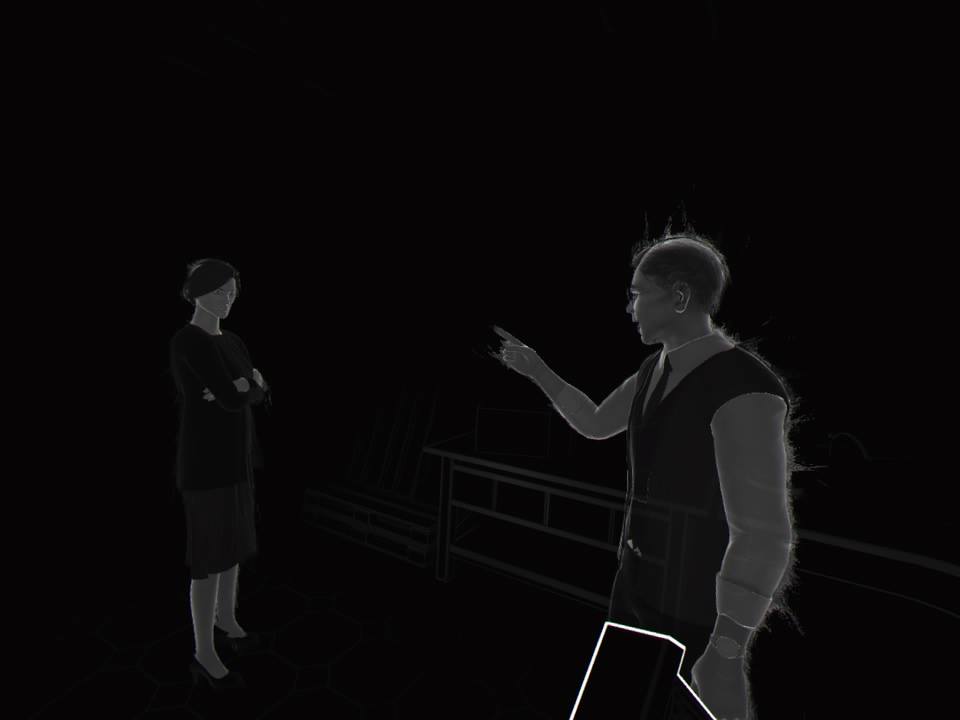 For a game that seems ripe to be a psychological horror, Tiny Bull Studios have instead opted to make Blind a puzzle game instead. Your primary goal is to escape the mansion in which you are being held captive and to do so you must solve individual logic and seeking puzzles to do so. At times these are simple jobs such as trying to crack a safe by listening for the click of the tumbler after rotating a dial. Others are slightly more complex, with Jean having to listen to water pipes (shown in in full visuals) to try and adjust water pressure to dislodge something in the flow. These puzzles are mostly fine; however, this is also the biggest drawback of Blind as a game. It’s very rare that you encounter a puzzle which benefits from the perspective of being bereft of sight.

One such puzzle sees you having to unlock a door using a combination of symbols on wooden tumblers set into the wall. Next to this is a wallchart with musical notes and the symbols which need to be worked out to progress. The biggest problem with this is that this is an almost entirely visual conundrum, you’d absolutely think from reading this that you would have to discern a combination based on the audio, but this is not the case. It feels callous considering the subject matter. There is also a big problem with consistency. Elements of the mansion which you interact with to solve some puzzles are completely inanimate when you progress to the latter stages. This leads to a lot of red herring solutions that become frustrating, bearing in mind that you must constantly tap the left trigger to bring your world into focus. 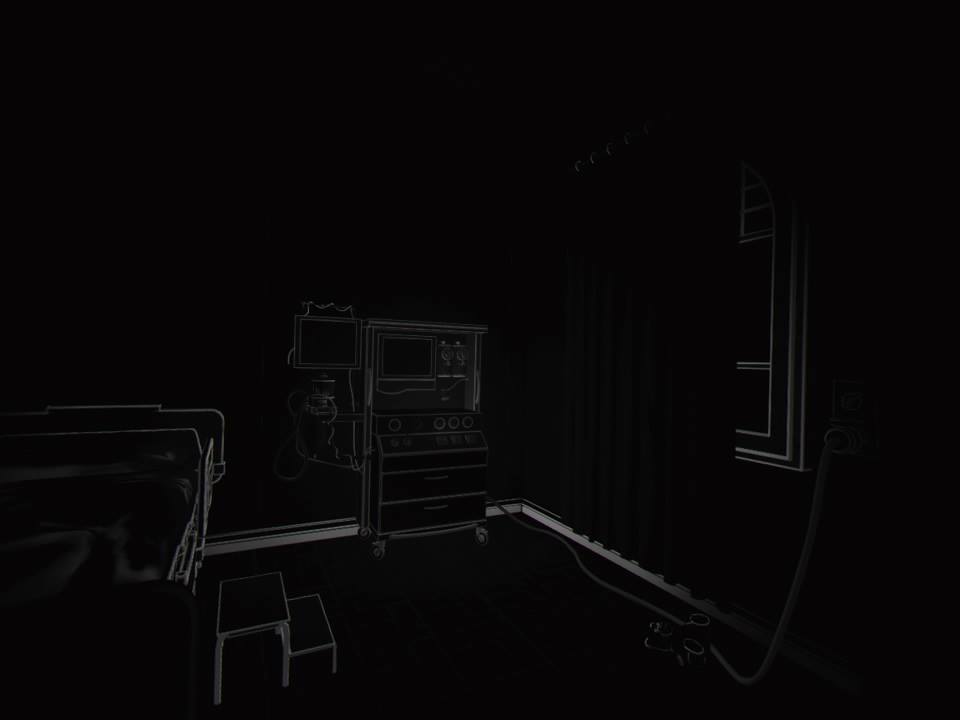 There is an entirely real possibility that the puzzles could have mostly been an alternate consideration though.  Blind could easily just be a walking simulator as everything you do is in aid of progressing the narrative. The story is very good for a small team effort and explores the psychology of Jean and the reflections of the past with her family and their strained relationship. There isn’t an awful lot to take in as storylines go, but it is mostly well weaved, apart from some areas where it appears to jump the shark, particularly towards the latter stages.

Blind does well to hold the interest at first. However, the concept does become strained towards the end. Mostly because of the annoyances that come from stumbling around in the dark and having to hit the left trigger to see only for minimal periods. Due to this and the issue with puzzles not making the most of this mechanic anyway, it’s hard to recommend Blind as a worthwhile investment of time or money. The story does make up for this to a degree, however it goes a bit too far down the rabbit hole to maintain its senses.

Blind
6 Overall
Pros
+ The core mechanic is quite interesting at first
+ An intriguing story for the most part
+ It doesn’t outstay its welcome at little over 1 ½ hours long
Cons
- The constant onset of blindness can be more annoying than it is artistic
- The narrative goes off the deep end towards the climax
- Some of the puzzles are far more cryptic than they need to be
- Inconsistent rules to the world
Summary
Blind on PSVR is at times elegant and at others a clumsy stumble. Tiny Bull Studios weaves an intriguing narrative while also using VR in a new and interesting way. However, there are times when the puzzling gets a bit too arduous due to cryptic direction and poor pacing. There are worse VR games on PS4, however many will not find much to see here overall.