Birthday of Midnight is a follow up to Petite Games’ previous title Midnight Deluxe and like that game this is a mix of Limbo-esque presentation and golf.  You play as a square little fairy called Midnight and the aim of the game is to get them from each level’s start point to the goal, which like golf is a small hole in the ground.

Controlling Midnight is simple to grasp but a tiny bit tricky.  You hold down the X button and the aim with left stick and the release the X button which will send Midnight flying wherever you pointed the stick.  The left stick controls both the direction and the power and Midnight will then hopefully bounce and slide to the hole.  Being a square, Midnight’s landings tend to be quite heavy and unforgiving and so you’ll need to figure out just the right shot if you want to get those par scores. 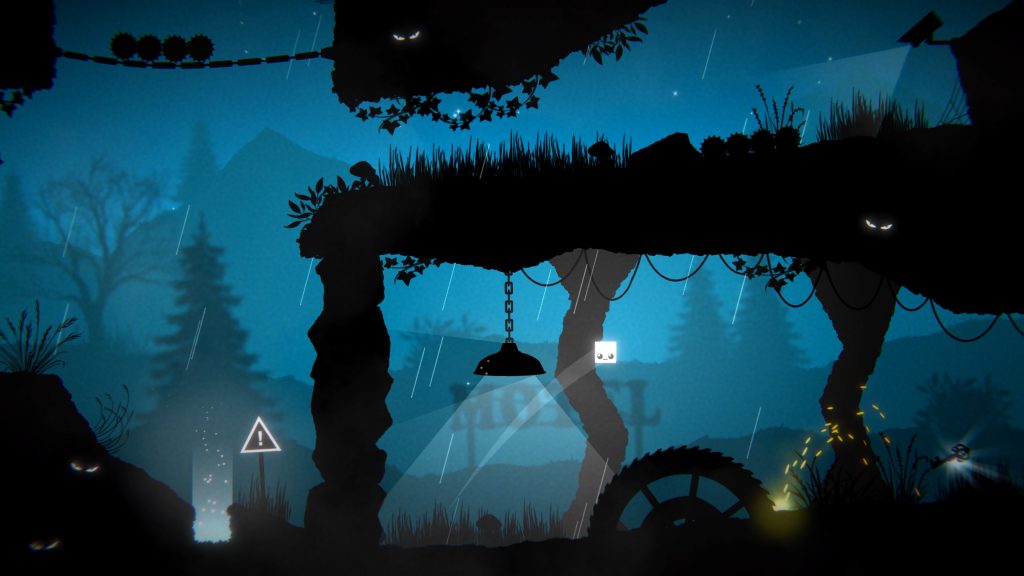 Getting to the hole way over par is fine though.  That’ll be enough to unlock the next level but if you want those two and three star scores, you’ll need to be a bit smarter and, more importantly, a bit luckier.  There’s no randomness in Birthday of Midnight‘s 70 levels but the analogue nature of the controls does have a big effect on where Midnight travels.  A pixel’s difference in direction or power can be the difference between a perfectly landed shot and seeing Midnight bounce to their death.  Thankfully the game has a nice, quick restart system and so you won’t be waiting too long to make amends.

If you’ve played the previous games, this will all sound very familiar and that’s because this is exactly the same game apart from the level layouts.  The visuals and gameplay are exactly as you remember, only the stages have changed but even they feel entirely interchangeable with the stages from the previous game.  The obstacles all feel very similar and we’re hard pressed to see what innovations Birthday of Midnight has added.  However, those games were cheap and playable efforts and that’s the case here.

As such this game will really just appeal to two types of people: fans of the original games and trophy hunters.  Yes, as a Ratalaika game this game will have given up all of its trophies when you beat the 50th (of 70) stage and that represents less than an hour’s investment of time.  But that’s not really the way to play the game if you want to get the most from it.  Aiming for those three-star ratings on each level is much more satisfying and for a while that’s definitely going to give you more bang for your buck. 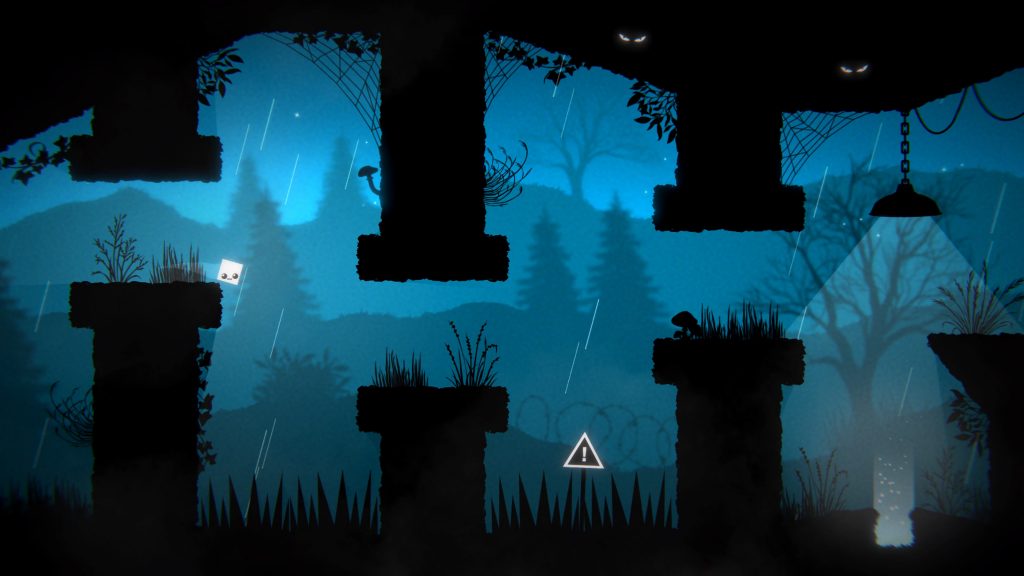 Unfortunately, some stages are just a bit too fiddly for this to be fun.  There are a few stages that require pretty much perfect shots, one after another, and this is a bit of a tall order because of the analogue controls.  You see, there are no other indicators of your trajectory other than the direction and distance of the arrow before you launch and sometimes you need to be just right in consecutive turns.  It’s not even a skill thing at that point, you know what you want to do and you are able to do it pretty well but the margin of error is so small that you find yourself repeating it over and over in that frustrating way where you finally clear that first tricky obstacle and then smack into a wall on the next jump.

However, that might be a recipe for addiction for some of you.  The only issue is that there isn’t much incentive to continue in that way.  The trophies don’t require it and there are no leaderboards, so you’ll just be struggling manfully (or womanfully) on for personal pride.  This would have suited the pick up and play aspect on the Vita but Sony have long since kayboshed Ratalaika’s Vita ports. 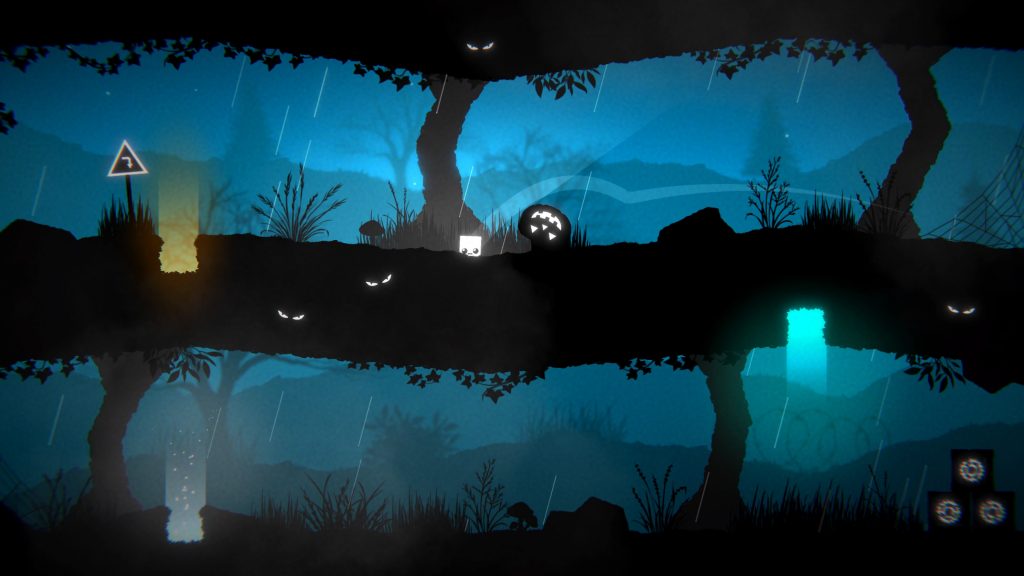 The game’s dark presentation is pretty classy from the lilting piano music to the dark fairy tale visuals, this isn’t a cheery game but it is atmospheric and Midnight does act as a source of light which makes some nice effects as they fly through the levels.  That said, we would have loved to have seen some variation in the backdrops.  Unfortunately, everything is very samey (as you’ll have noticed from our screen grabs) and we’d have preferred at least a few themes for the levels but instead, everything looks dark and shadowy in a Limbo kind of way (although even Limbo had different environments).

If Petite Games wants the Midnight series to be seen as more than just a quick way to get platinum trophies, they need to start mixing up the formula a bit.  Different gameplay styles, new challenges and a bit more variation in the visuals and you’d have a series that is looking to progress but this just feels like a levels pack expansion rather than its own game and when the previous games aren’t heralded as cult classics, it’s maybe time to step things up.  Thankfully, Birthday of Midnight does still score well for playability and accessibility, as well as being cheap as chips, so you can’t go too far wrong if you give it a go.

Birthday of Midnight
6 Overall
Pros
+ Playable and accessible
+ Nice presentation
+ Some good level design
Cons
- Very similar to its predecessor
- One note presentation
- Platinum trophy is a bit of a gimme
- Some levels are a bit fiddly
Summary
Birthday of Midnight is an atmospheric take on golf that offers some intuitive gameplay and nice presentation but is too similar to its predecessor make a case for recommending it to anyone other than fans of the series or gamers looking for a very quick platinum trophy.