Costume Kingdom from Irish developer Stratton Studio is at once familiar but also not. Hoping to perhaps capitalise on the similarly titled Costume Quest series from Double Fine. The similarities don’t end there, the setting is also a small town where your character trick or treats the inhabitants. Once again, some doors will yield a gift of candy and others will lead to a battle.

Except unlike Costume Quest the battles here are rather more similar to another series. You see, you’re running around trying to catch Hallomon. Yup, Halloween Pokémon. Even down to “a wild Crocoss appeared!” when battles start for example. 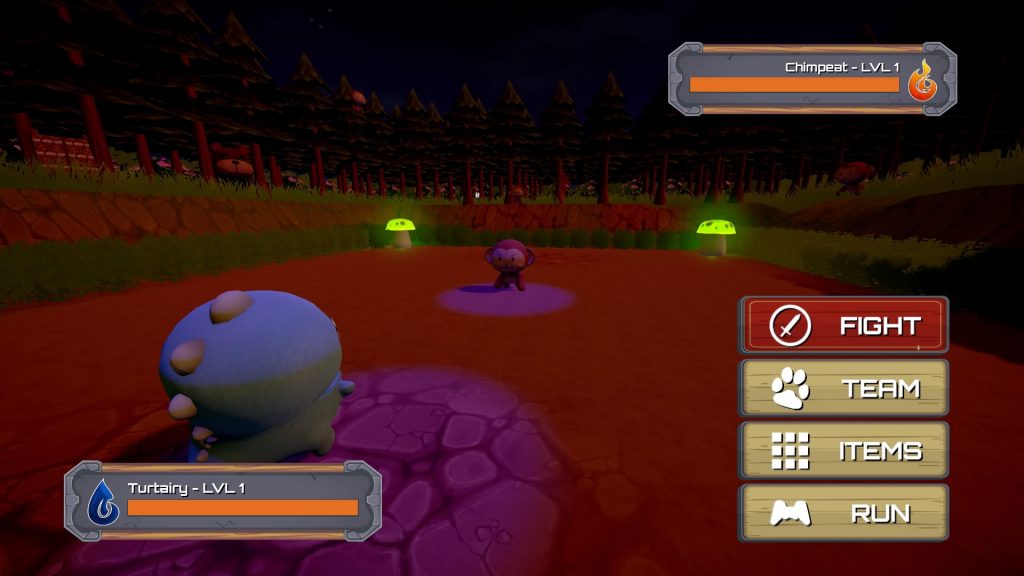 Only unlike Pokémon there’s little nuance or skill involved in combat. In fact our only two losses were firstly down to going into the Apex Cup too early, then facing off against what amounted to the absurd final boss.

You see, the  final boss has a nasty tendency to take a large chunk of damage to their health bar, then just as you’re set to strike the killer blow, healing up and one-shotting you. It’s the ultimate cheap bullshit move. He does for each of your party in turn. So much so that you’ll sack it off as a bad idea and get what is likely to be your final trophy for saving the good guy instead. No battle needed there and zero challenge as a result. There’s little incentive to go for the actual boss anyway. 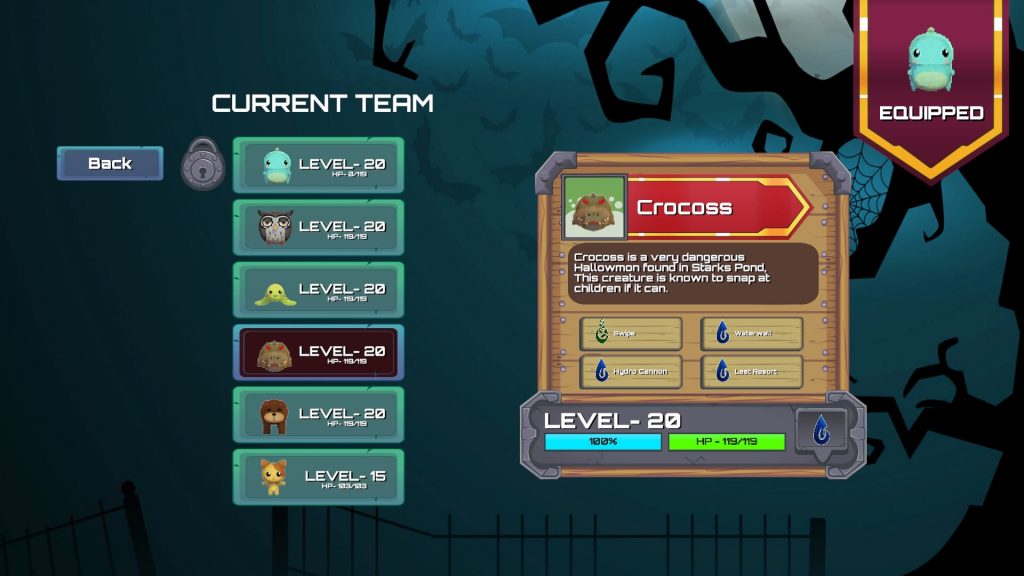 By the time we were hitting our stride, our retinue of not-Pokemon was so overpowered that we were often one-shotting opponents in much the same manner as the OP final boss. The developers engineered in weaknesses to certain elements but practically these are an irrelevance at best. If you switch out for a fresh Hallomon you lose a turn and hence the ability to attack. But if your Hallomon falls in battle, you’ll immediately be able to attack without any sort of penalty. It means you rarely come unstuck, except for the final boss. Think MewTwo but with shitty design. 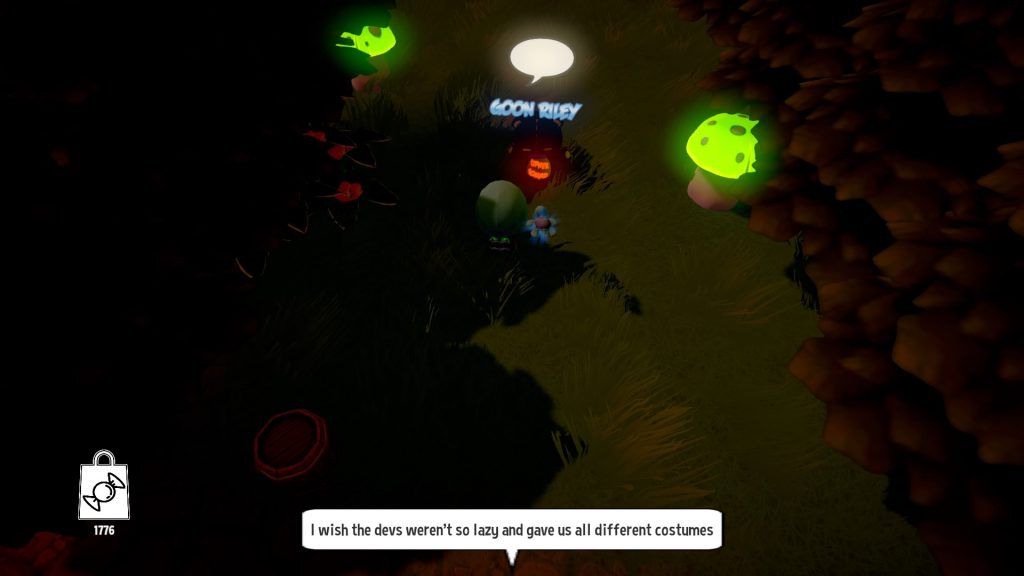 It’s hard to get away from  the fact that Costume Kingdom is not a pretty game. Even the devs acknowledge the very low-fi aspect. But it’s somewhat absurd you can unlock a filter late in the game that gives a ‘retro look’ to the proceedings. This has the net effect of making everything really pixellated and somehow worse looking than any of the N64 Pokémon games. You can’t rotate the camera at all, just changing to a slightly lower fixed angle.

There’s ingame lore here but it’s so turgidly written that you won’t feel compelled to sit through lengthy passages of text. Oddly, these passages of text are read out by a narrator. We guess they had to fill the fairly sizeable download from PSN with something. 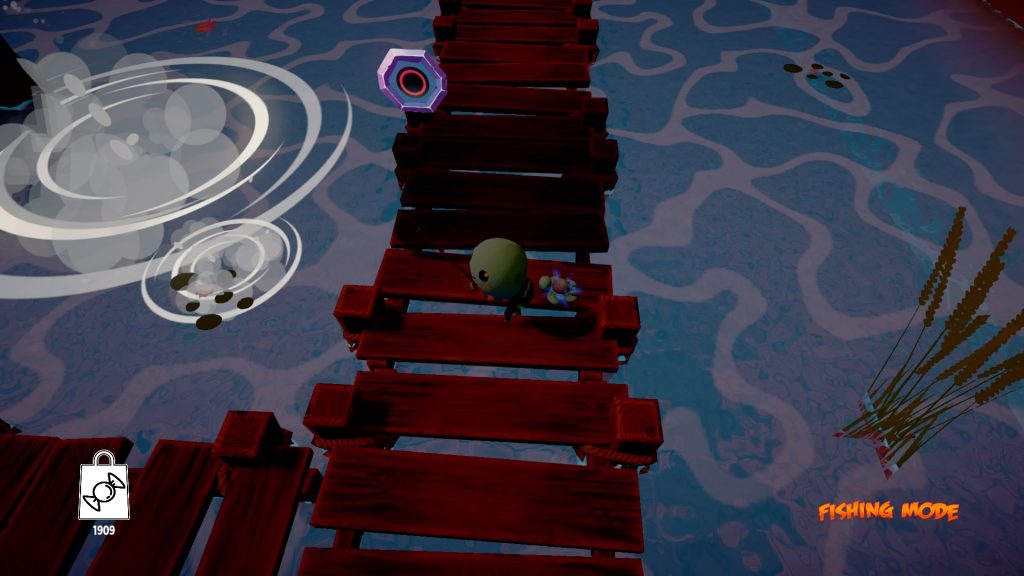 Weirdly, there’s a fishing minigame that’s mentioned as a bulletpoint in publicity trailers. But apart from a few chances along the pond, you won’t be called upon to use it. Nor will you catch any fish. We remain baffled as to its inclusion if we’re honest as it seemed entirely superfluous. It’s barely explained anyway.

There’s an ingame map that’s handy enough, but it’s resolutely static. You’re not shown where you are on the map, nor are current quest givers highlighted. They’re shown as a question mark, but when you’ve completed the majority of the subquests on offer, it’s annoying the marks are still shown on the map. 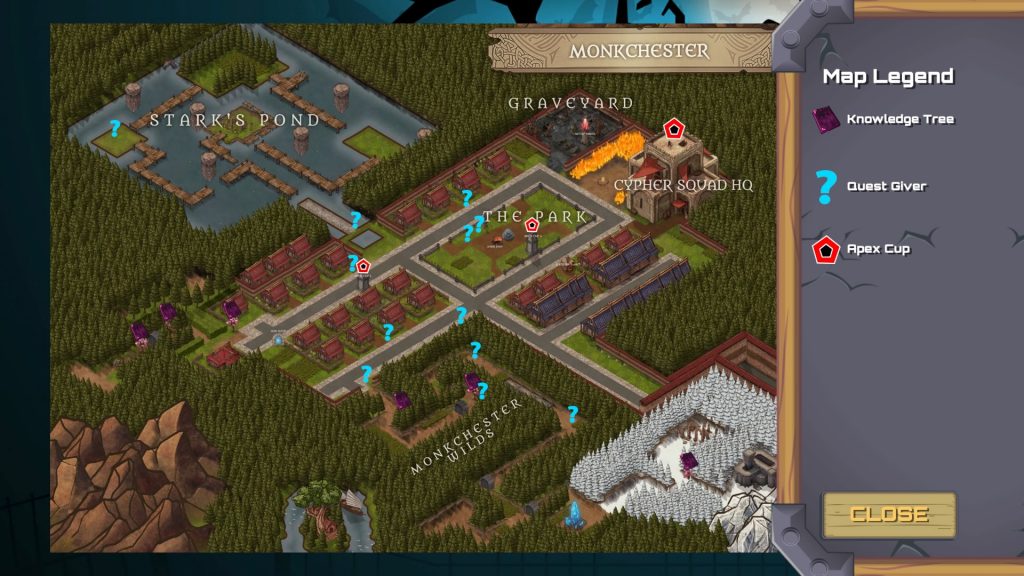 The sub-quests themselves don’t really deviate much from ‘defeat X Hallomon or chase down Y bully’. Even they’re gated behind an entirely arbitrary barriers that don’t unlock until you’ve beaten the respective stages of the Apex Cup. These are merely a formality when you’re rocking a full party of level 20  anyway.

In conclusion, Costume Kingdom is a janky derivative game that fails to live up to any of the games that clearly greatly influenced it. It’s an outright rinse when it comes to trophies though, so perhaps that’s what Stratton Studios were going for.

Cons
- Graphics are functional at best, unclear at worst.
- Fishing under-utilised
- Fixed  oblique camera angle
- Retro mode makes an already janky looking game look far worse
- Battles are overly easy
Summary
Costume Kingdom is Pokémon crossed with Costume Quest but not as good as either. A straightforward platinum trophy and the fact you can beat the game without defeating the cheesy final boss, such as it is, is a bonus. More trick than treat anyway.