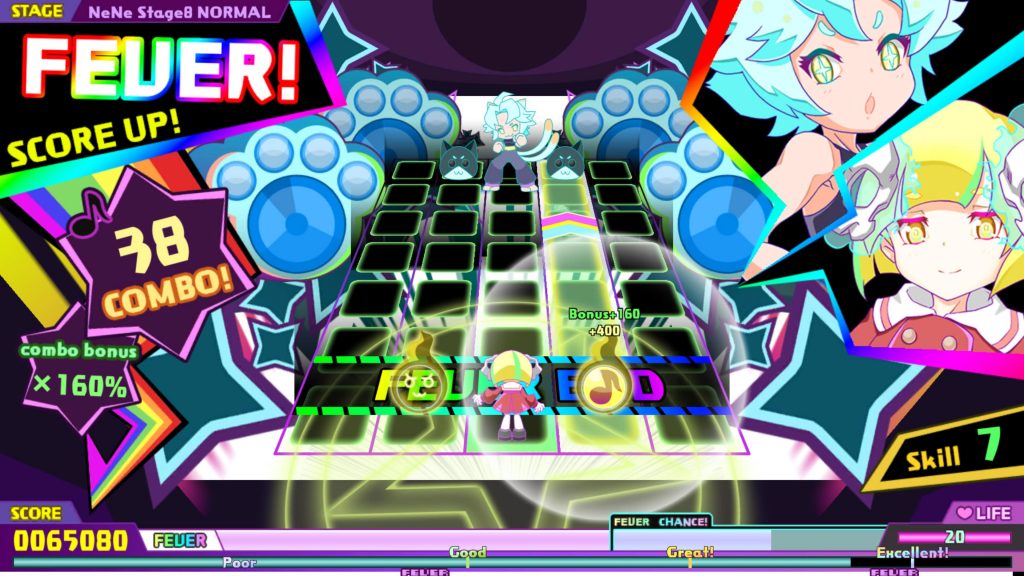 I love a good rhythm-action game. Of all the genres of games I play, this is by far the one that keeps me coming back for more, such is the moreish nature of short-lived experiences that offer immense replay ability. After all, my formative gaming years would be nothing without the likes of Guitar Hero, Rock Band, Parappa the Rapper and Audiosurf being involved at some point.

While this is the case however, there is a clear degree of subjectivity going on. After all, a rhythm action title being good generally depends on the soundtrack being played through. With my previous examples, in my opinion you couldn’t find finer and drumming through Molly Hatchet’s Flirtin’ with Disaster is a lot of fun to me. However, a Singstar fan might not necessarily have nearly as much of a good time, so we need to understand that my music taste may not align with yours. 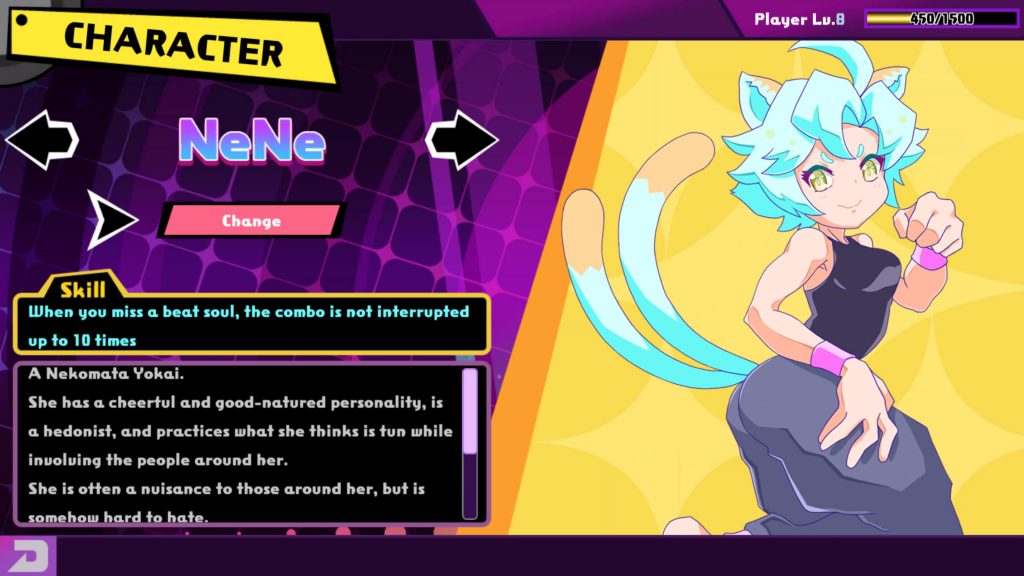 Therefore, Beat Souls becomes one of those harder games to review on anything close to an objective level. I’ll admit up front, the music is not to my taste and at times is generic to the point where the tracks would blend from level to level in unintended ways. Ranging from Trip-hop beats, lo-fi soundscapes to soft rock, there was nothing that really stood out as being ‘that one banger’ in the soundtrack list. That’s not to say that all hope is lost, I’m sure that the songs will appeal to others with more appropriate tastes and none of it is particularly offensive, It’s just when stacked up against more varied rhythm titles like Taiko No Tatsujin, Parappa and others, this doesn’t quite match up. It certainly doesn’t help that when the music does have moments of goodness, the tracks themselves are so short lived that they seem to stop before they can loop. Some levels even sound like they are the length of a preview that gets cut off before it can really get going.

As much as the soundtrack is a huge part of it all, even the worst soundtrack can be bolstered by decent gameplay. In the case of Beat Souls, things are easy enough to grasp. You play as a character at the bottom of the screen, flanked with two orbs on either side that need to be positioned to match the coloured orbs that descend from the top of the screen. Your character can either move from left to right to make the orbs overlap or send one of the orbs to the same side as the other with the press of L1 or R1. All while doing this, your character needs to avoid obstacles that either need to be sidestepped or jumped over, otherwise these will break your combo and take a part of your characters health. Get hit too many times and it is game over. 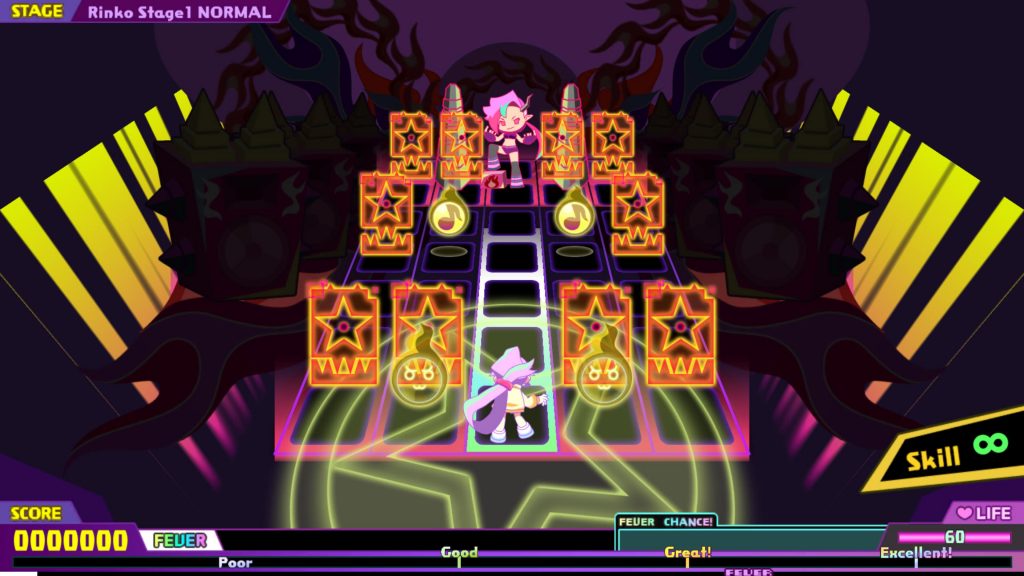 Complicating matters further, the orbs that come from the top can be of a different colour and to collect these you need to change to the same colour that matches. In practise, this is easy to get to grips with and beyond some complicated movement patterns, it’s smooth sailing. In execution however, things get a bit tetchy as the game can sometimes be too sensitive, especially when played with the analogue stick or heavy presses of the face or shoulder buttons. It’s not a major deal breaker though and when you hit your stride with some complicated footwork, it comes together nicely. However, due to some of the odd, slower music choices, sometimes it feels like there are longer periods of extremely short songs that made me feel like I wasn’t really doing anything of note.

This is where it really falls flat for me. While being advertised and presented as a rhythm action game, there are few occasions where the movements or orb collecting beats actually feel like it is going with the music. This is a bit of a misstep to me as rhythm action is not just a visual thing, it’s as much about feeling through the music and memorable loops that makes the genre worth playing. Taking Guitar Hero as an example, when you get good enough at that and you play a song enough, you recognise patterns that can be memorised by muscle memory. I didn’t get a sense that such a thing would be possible with Beat Souls, which instead relied too heavily on the visual cues instead. Those visual cues being somewhat a pain in themselves as the heavily congested playing space and colourful clutter can make things a bit too hard to read, resulting in more trial and error than genuine sight reading. 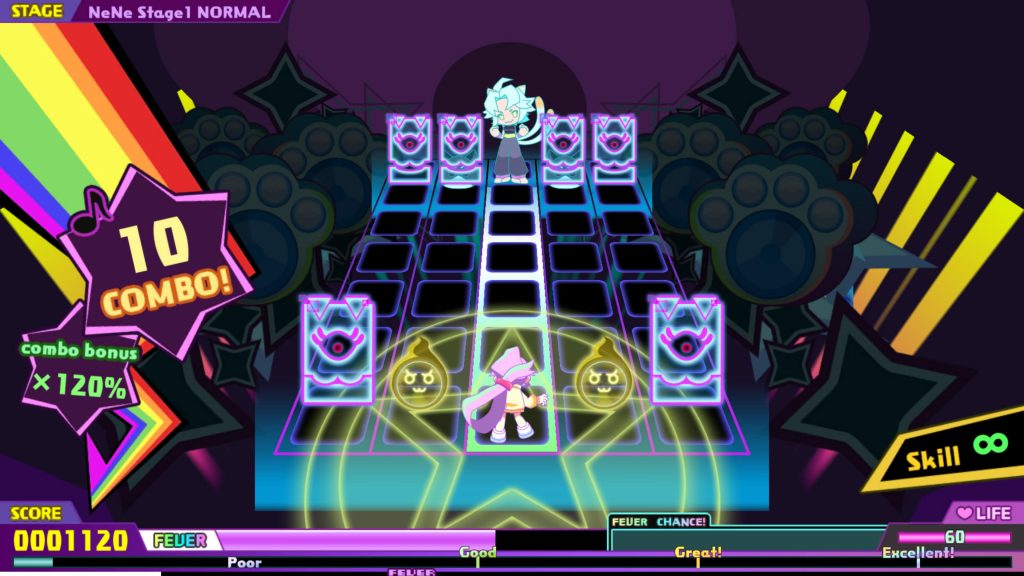 Again, I don’t want to make this review sound like Beat Souls is a lost cause and unworthy of your time. Instead, it’s the epitome of a game that is just fine and is generally inoffensive. However, in this age of games like Crypt of the Necrodancer, Avicii Invector and countless other great rhythm games, Beat Souls just does nothing to elevate itself into something memorable. In truth, you are buying this for the trophies, of which there is a full set for both the PS4 and PS5 versions, none of which are hard to obtain thanks to the generous leigh way you get all the way through this game. Maybe one to pick up on sale, if you go in with the knowledge that this is short-lived and generally mediocre.

Beat Souls
5 Overall
Pros
+ Simple enough to grasp
+ Plenty of levels to get through
+ Nice and colourful
Cons
- The action doesn’t really track with the music
- The music itself is somewhat generic
- Way too much to focus on graphically
- Really short songs that actually seem poorly cut due to abrupt endings
Summary
A short-lived, rhythm action title that somehow doesn’t feel like one. Beat Souls is one of those games that does just enough to be fine, with a decent enough gameplay loop and forty-five levels to play through. However, beyond the easy trophies, it does little to stand out as memorable or interesting enough for replay value.