Mages and Treasures is a puzzle game from yer man lightUP and Ratalaika. It might look familiar to anyone playing the long game with Ratalaika games as we have been. It’s practically identical in terms of layout to another lightUP game that came out the other year on PS4 & Vita, Milo’s Quest.

Only instead of a cute little dog, you’re a mage for no particular reason we can discern. Oh and in the initial stages you have no attack to dispense with the little blue blobs that are wandering around bothering nobody. Just like in Milo’s Quest there’s block pushing puzzles a plenty. It’s all fairly rudimentary and just like its predecessor, the only way to reset a puzzle in Mages is to leave a screen and reload it. It’s a bit crap. 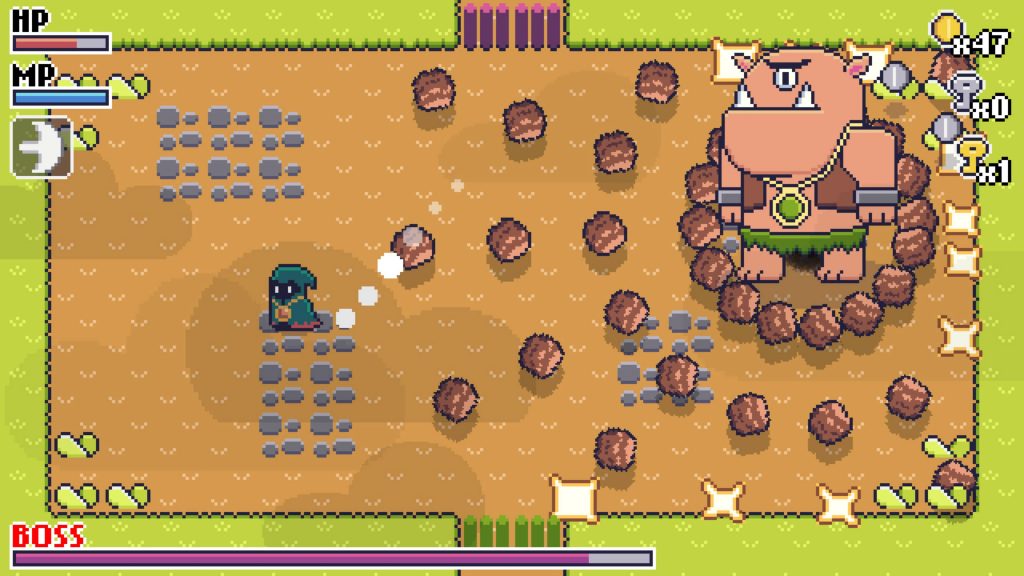 Once you get your attack after the second of the five puzzles you’ll have had to solve for a trophy, you can attack the blobs to your hearts desire. Or at least until you open the gate to the next area. This is all well and good until you meet the beetles that spit at you. You’re only able to take two hits at the outset and if you die on the last enemy of nine on a screen, it resets and you’ll have to do it all again. They’re all uncannily accurate too, which is a bit of a prick.

We actually found in the early stages when we first met our pals John, Paul, George & Ringo we were better off putting the game in easy mode to increase the chances of getting a health potion. There’s no penalty for this either. But the problem was lessened once we got our first health increase. 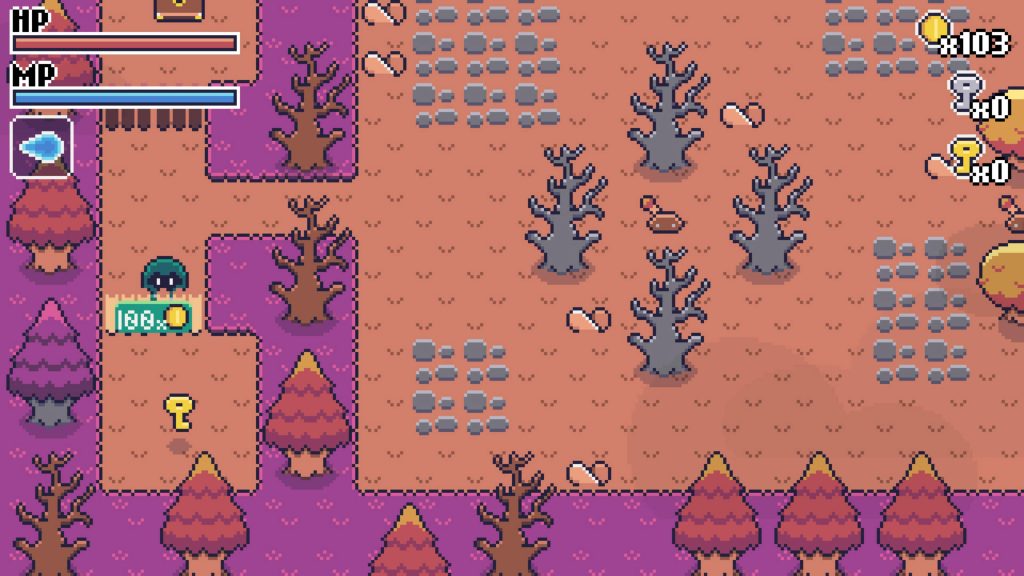 This being a Ratalaika release, you can conceivably have a platinum trophy within an hour and go and do something less boring instead. Though we felt duty bound, dear readers, to plough on for a good while yet.

As we mentioned with those beetles, there’s problems with balance early on. Also the first boss is a huge twat, especially when you’ve only got a small health bar. You’ve not got much margin for error put it that way. You’ll probably unlock the final trophy and your latest platinum on the second boss. Allow us to clarify, the final trophy is for seeing the second boss, not actually beating them. Yup, that’s how little effort Ratalaika put in to implementing the trophies. 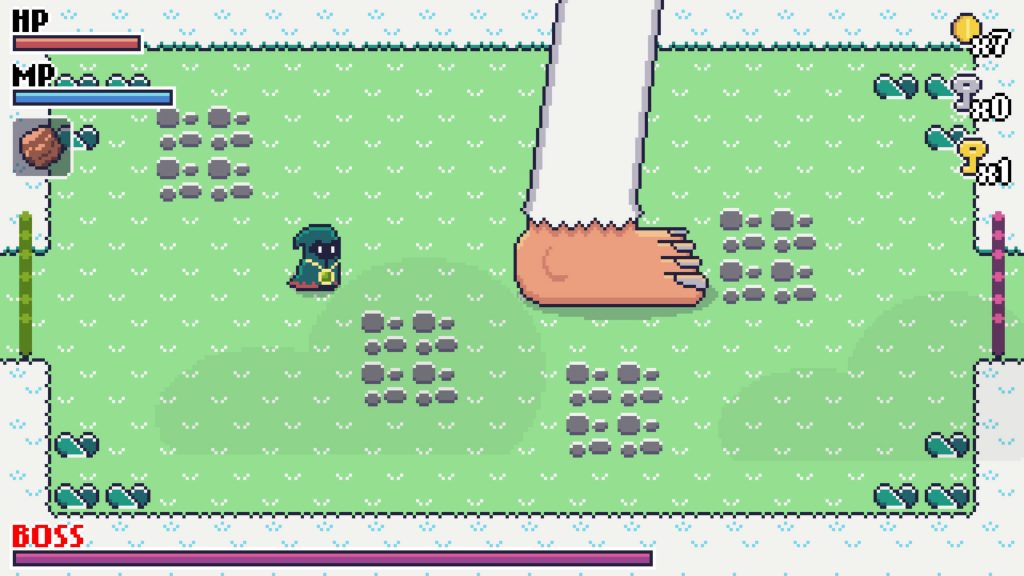 Once we’d beat the second boss, a giant yeti sorta thing, we carried on for a while until we realised that Mages and Treasures was pretty one note. We even beat the third and fourth bosses for no other reason than we could. It was around then we realised that we no longer cared about the contents of chests anymore and were carrying around half a dozen gold keys for no particular reason.

You can upgrade your magic and health to the extent that your cloak is like a shield of steel and enemy attacks bounce off you. Or at least they would do if combat wasn’t irredeemably flawed. See, if an enemy chases you down and gets up in your face, you can’t actually hit them. Yes, you can’t melee. It’s like playing World of Tanks except you can only choose an artillery piece and you’re facing faster more agile foes who can and will ruin your day. 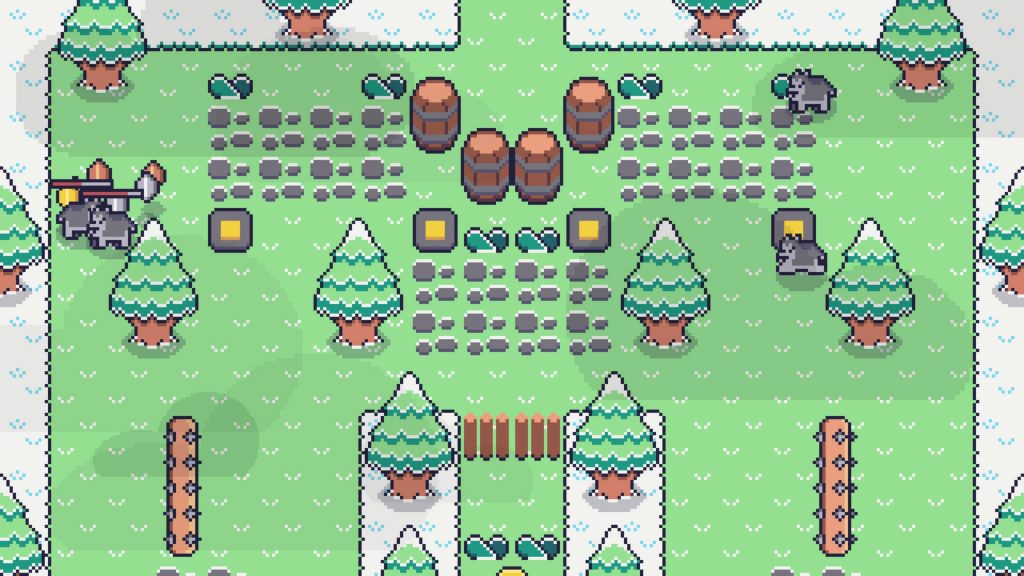 So you’ll die and lose a proportion of your precious currency. The game actually mocks you after a fashion by showing you the cash you’ve just lost. Run back to the same spot and the encounter has completely reset and your money is gone.

We ran out of any sort of impetus to keep going after a while when we got lost. You could really do with a map, but there simply isn’t one. Yep, it’s entirely possible to get lost and have no real idea where you’re going, but if you get further than we did, you’re some sort of masochist and we simply don’t have time for your level of idiocy. 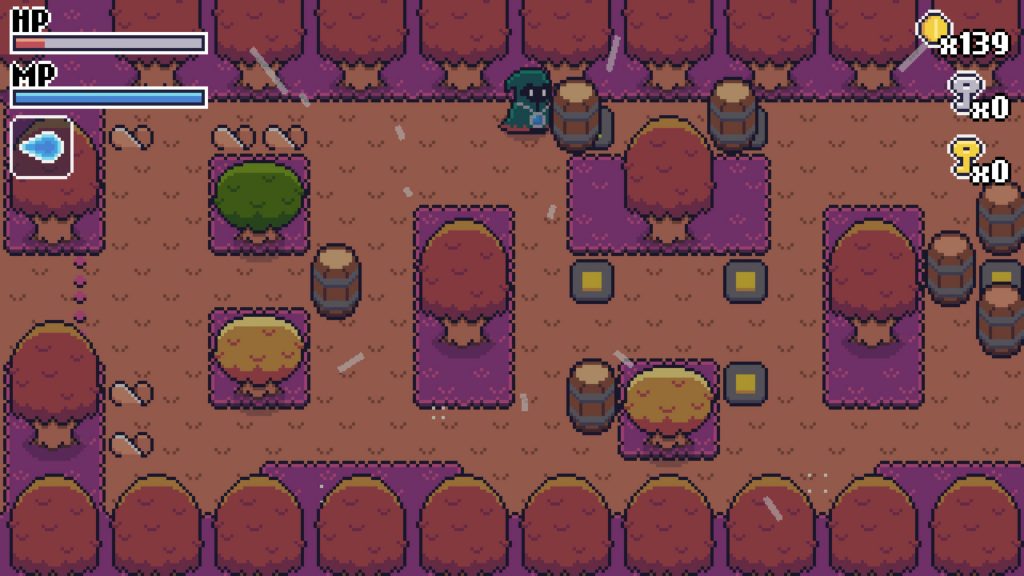 In conclusion, Mages and Treasures is a harmless enough wee game but it’s just so average. The close combat implementation and early game balance also need work. At least you get the PS4 & PS5 versions thrown into the same bundle.

Cons
- Very derivative
- Balance issues in early stages and terrible melee combat
- Weak trophy implementation
Summary
Mages and Treasures is painfully derivative of lightUP’s prior release Milo’s Quest, amounting to not much more than a reskin. As ever, double platinum trophies for all in short order. Daft balance issues dog the early part of the game, plus melee is a mess.