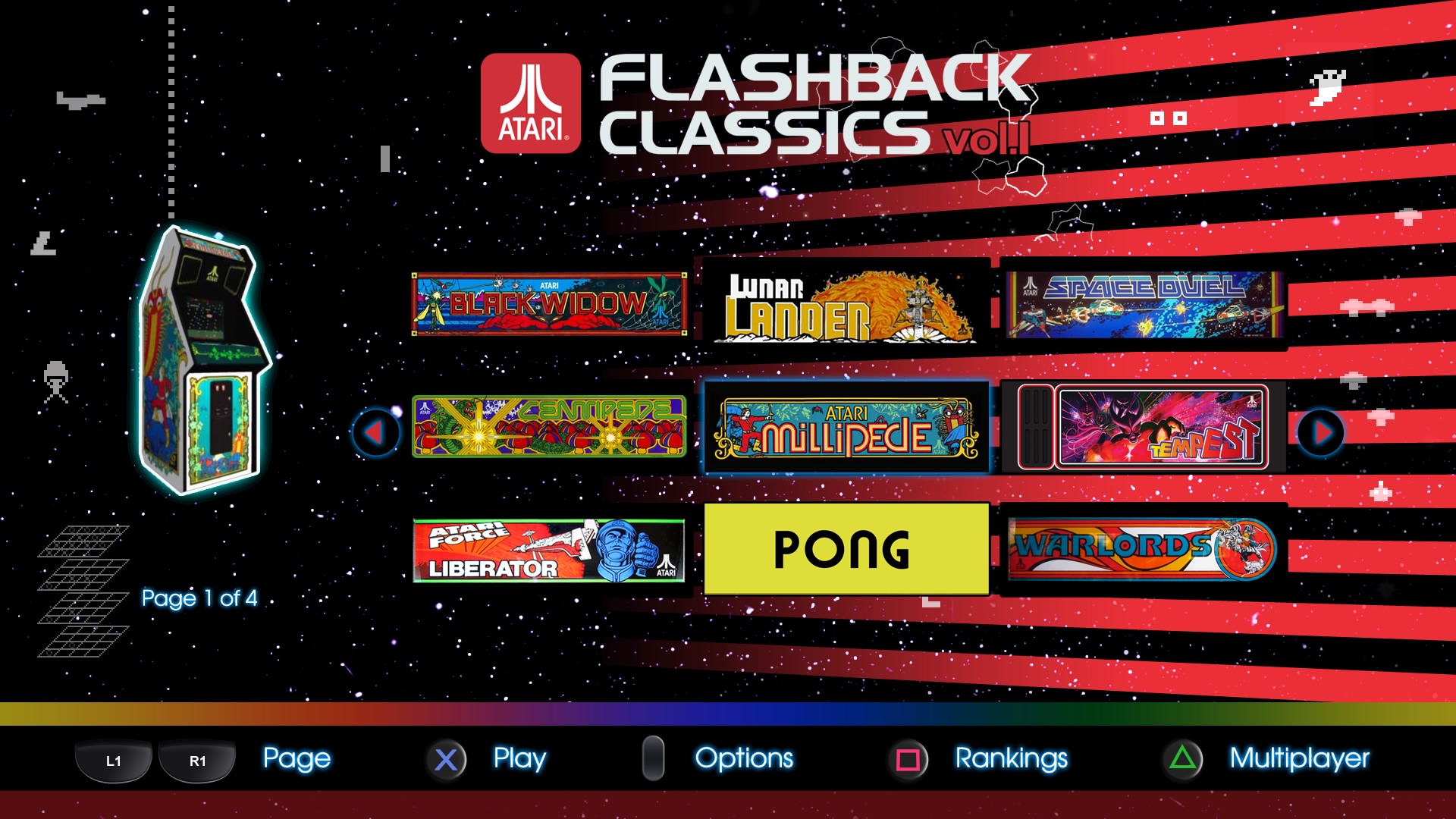 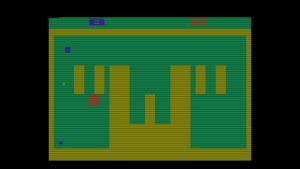 When reviewing a compilation like Atari Flashback Classics, you don’t base your score on the games included as such but rather how the compilation treats them.  This isn’t the first time that Atari have compiled a selection of their old arcade and console titles by any means and they’ve not always nailed it.  The horrible pricing model of Games Room on Xbox Live Arcade ruined what was a great idea where you could put together your own virtual arcade and highlighted that, on an individual level, a lot of these old Atari games are terrible.  Indeed, as a UK-gamer, you can’t help but feel sorry for the Americans who had Atari as their main provider of gaming content when we had things like the ZX Spectrum.

However, when you put the games in a pack of fifty as this compilation does, the compilation is less about the individual titles and more of a museum piece and this is a good thing.  As I said, it’s not about the individual games.  The majority of them are horribly dated, and not in a charming retro kind of way.  But dipping in an out of them is all about having a few minutes of fun, maybe nabbing yourself a trophy and then moving on and, in that context at least, Atari Flashback Classics works.  Both as entertainment and also as a lesson in generation one gaming. 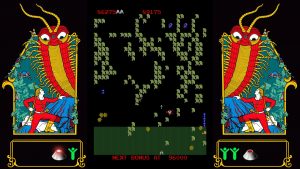 Firing the game up, you are presented with four pages of games.  The first page offers nine arcade titles.  These range from half-decent (Black Widow, Lunar Langer, Tempest, Liberator, Space Duel), overrated classics (Centipede, Millipede, Warlords) and the ancient Pong.  Each comes with various gameplay and display options.  It’s nice that you can display the original arcade bezel as you play or apply scanlines and each game comes with online multiplayer options and global leaderboards.  There’s nothing here that I personally regard as a straight up classic but I did spend a couple of hours on Lunar Lander alone and some of the other titles held my attention for a while (even if it was just long enough to get the trophies associated with them).

Each game allows you to customise the controls to a degree too.  This is especially welcome on games like Pong and Warlords which both used a paddle spinner thing back in the day.  Here you get the option to use the d-pad, left stick or the DualShock 4’s touch pad.  None of the options are great but at least they’ve tried to give you a few ways to attack the games. 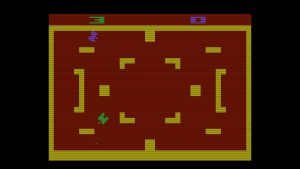 After the first page of games you get three more pages of Atari 2600 games.  These are typically pretty awful.  Some of them have trophies attached, which at least gives you a reason to explore them but the majority are extremely bad games and always were.  As ever, Combat remains one of the standouts of that era and, for reasons unknown, Yars’ Revenge has its fans but games such as Black Jack, Miniature Golf, Air-Sea Battle and Basketball, as the highlights of this section of games, show what a poor console the 2600 was.

However, the way they are presented, with the list of games looking like a collection of cartridges and with the covers and manuals also available, shows respect.  There is online play for all the games and you also get all of the native options for game modes and difficulty settings that the originals gave you (the hardware itself is emulated right down to the various toggle switches for those options).  Also, rather cleverly, if you move onto another game, Atari Flashback Classics remembers where you were.  Even if you’ve turned off the console.  It’s a nice touch. 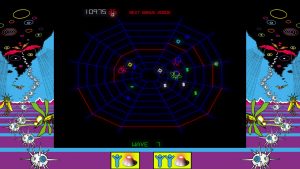 So while I’ll never be a fan of the machine in a general sense, the compilation does a great job of compiling and curating the games and although many of the games are pretty worthless individually, as a package this does have value.  It’s a shame that the updated games that graced the PSP Atari: Classics Evolved aren’t included but that’s a minor quibble given what’s on offer here.  With a second collection also available, you do wonder if they could have just made one big package rather than splitting the cost for the customer but with fifty games on each, who’s complaining?

Atari Flashback Classics Vol. 1
7 Overall
Pros
+ Lots of games + Trophies give you a reason to try many of them out + Good options for all games + Supports online play
Cons
- Some legitimately terrible games - Controls aren't great for paddle-based games
Summary
Through sheer weight of volume alone, Atari Flashback Classics Vol.1 creates some enjoyable gameplay moments even if the quality of games on offer is pretty low. As a games compilation this has limited value but as a history lesson it delivers a comprehensive look at the first generation of gaming.