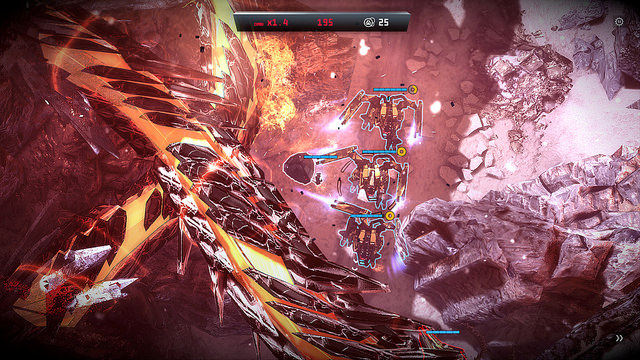 Tower Defense games have been around for a long time now and the formula can sometimes feel a little dated.  Clever developers have messed around with the gameplay mechanics, usually adding controllable defenders (see Iron Brigade, South Park Tower Defense and Dungeon Defenders for good examples of that) but the biggest thing you can do to mix things up is to what 11 Bit Studios have done and let the player control the attackers. 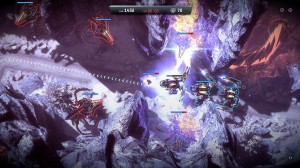 Standard-looking tower defense but Anomaly 2 has you controlling the attackers.

Anomaly 2 follows up from the previous title with more us vs. the aliens throwaway plot silliness. You step into the shoes of Simon Lynx who runs around each of the game’s fourteen stages supporting your attacking units as they plough through the alien defence tower grid.

Your units are vehicles that Simon can transform into mechs. Each unit, and each of the two forms available to them, have different offensive capabilities. Sometimes you want the long range vehicle attacks but these don’t have the aiming capabilities that the mechs do. It’s all about using the right units and forms at the right time. Aside from that Simon can heal units, set decoys and pick up power-ups as well as choosing the route that your attack squad will take. 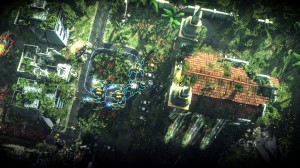 Trashing the city. It’s not quite EDF though.

At first the gameplay seemed laughably simply but when the difficulty ramps up, Anomaly 2 becomes very satisfying to play as you adjust your route to pass by towers multiple times to destroy them while making sure you don’t eat too much damage and, even on the lowest difficulty setting, you’ll definitely make a lot of mistakes as you refine your attacks.

The best type of tower defense games are the ones where you have to get your tactics right (as opposed to the usual sort where you just flood the field with as many towers and/or grind up your levels until you are strong enough to beat a stage) and even though this is really ‘Tower Offense’, the same applies here. You have to be smarter and more tactical than your opponent and that’s when this sort of thing is the most fun.

Visually the game isn’t exactly a PS4 Wu-banger. Some of the settings are very detailed though which could obscure the action but thankfully all your units are outlined brightly so that you can see what you are doing and the user interface, and controls, are well thought out and slick enough that they don’t hinder you in the many moments where you have to adjust your tactics on the fly. 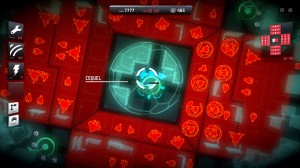 Getting tactical with Anomaly 2.

If you fancy being traditional, the multiplayer mode allows one player to take the defence role but at the time of testing, it was very difficult getting a game going. Now that the game is launched (today) this should get better but, for now, consider this a single-player review.

At first I wasn’t feeling this but it does click and offers one of the best tower defense (offence, whatever) experiences I’ve had in a while, and possibly the only one on the PS4 [citation needed]. It also reminds me of a similar game from about fifteen years ago called Steamland that I’ve been meaning to play again and this has scratched that itch. It’s a really well-designed game and while it’s not going to sell any PS4s it should appeal to strategy fans.