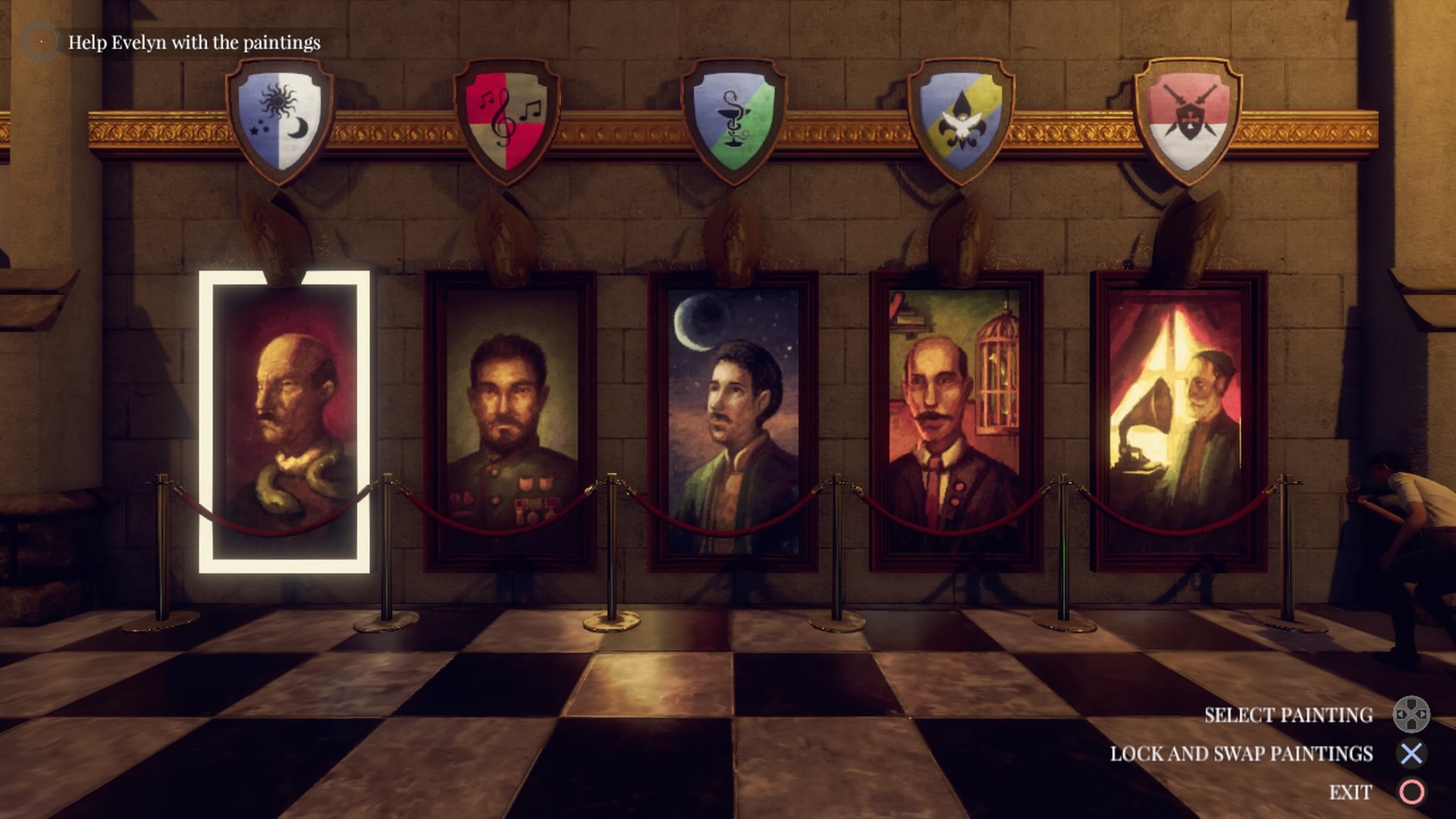 Originally a PC release, the Adam’s Venture series has been repackaged for the Playstation 4. Offering a unique blend of tomb raiding and Christianity, Adam’s Venture Origins is looking to see some more exposure on the current generation of consoles. After a fairly tepid reception on PC, Dutch developers Vertigo Games are bringing this to Sony’s newest console. Are they preaching to the choir or converting some new faces? 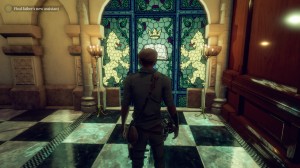 Adam’s Venture Origins centres around the titular Adam and his cohorts quest to discover the Garden of Eden and Solomon’s Temple. It moves pretty quickly with some nice locations being showcased. Whilst its Christian overtones are well out front, they offer the premise and backdrop for some stunning vistas and some rather neat situations to play through. The engine might struggle on a technical level but the lighting on display gives the areas a nice, clean look which is enjoyable to see. Textures will pop in often but I can’t honestly hold it against what is obvious up against a budget. Its a problem Unity just seems to have on this hardware, sadly. It functions and holds together without any sense of panic. Areas are small enough to provide the artists with a bit more focus and, at times, it shows.

Gameplay opts for a pacifist approach. You’ll spend most of your time puzzling and platforming with Adam as he crouches and zips his way through ancient tombs or puzzling his way through 1920’s France. Movement’s fairly proficient with Adam manoeuvres with some ease. He’s not as nimble as Nathan Drake but the game rarely requires such dexterity. Its worth noting there’s no combat to speak of so your time is spent clambering up cliffs or solving some rather simple puzzles. You have a couple of environmental triggers for grappling and ziplines so you can move around areas without much need for backtracking. Its all low-risk stuff so you’re not looking to make a tight jump or string moves together much. Its a good thing failure doesn’t come around too often as the load times to your last checkpoint can be lengthy. 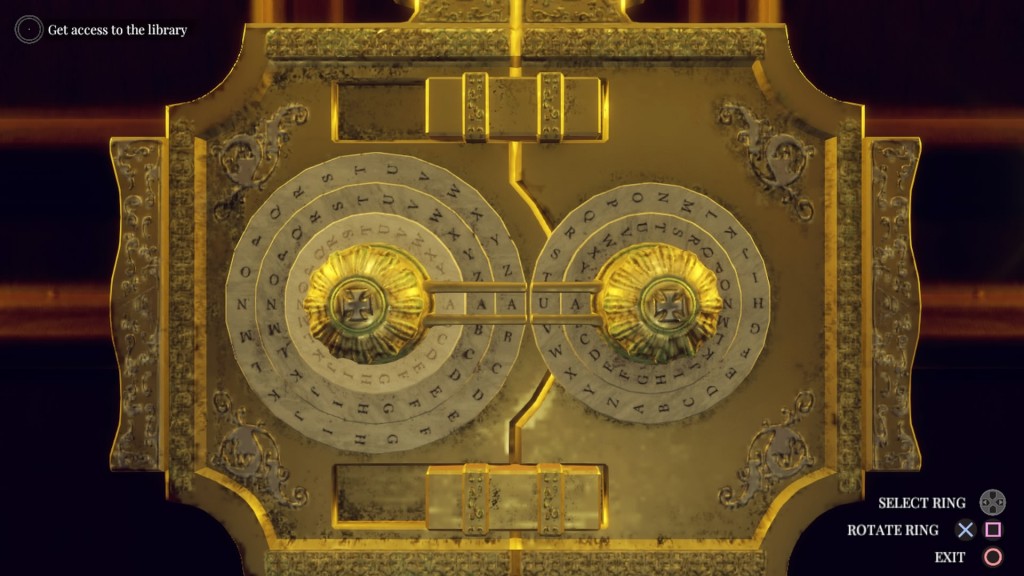 You’ll arguably spend more time puzzle solving which takes on a variety of forms. You’re usually tasked with matching objects, satisfying a prerequisite rule or connecting wires, reminiscent of Pipemania. Whilst they’re all simple and easy to overcome, some of them are clever in their execution and the answers you need are usually right in front of you.

Some gameplay elements are less than successful. There’s a mandatory stealth section which, whilst easy to figure out, suffers from those aforementioned load times interfering with the game’s flow. On the whole, though, its a leisurely, short jog that’ll probably take you 4-5 hours. Its short and simple and will rarely tax you. 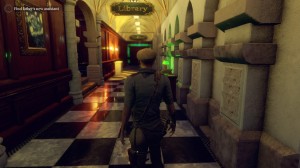 Its a shame the plot’s stifled by a cast that lacks some personality and charm. All the cast seem to suffer from being permanently sarcastic and Adam himself reacts to danger in a robot fashion. It has to be down to a combination of writing and the voice acting but I’m not really invested in the characters. The Professor offers an actual arc but sometimes his deliveries completely flatline. Evelyn is there to stand around key objects but offer little in actual support and there’s attempts at humour ripped straight from the Bible. Sometimes its clever but its all soaked in this malaise which doesn’t really resonate with me. Ultimately, the escapades of Venture and his associates barely raise a peep out of the cast and it sounds somewhat jarring. The musical score can’t intervene to up the stakes, either.

Adam’s Venture Origins feels like a game aimed to cast a wide enough net. The mild challenges on offer help to push you along swiftly and the plot, whilst taking you to some interesting locales, is undercut with a truly bland cast of characters. Its not a bad game but it winds up feeling kinda beige and sterile. At times it offers some thrills but not frequently enough to really register. I feel this game would strike a chord with parents or players that want a quick yarn.

Adam's Venture Origins
5 Overall
Pros
+ Visually bright environments. + Puzzles are simple. + Short run-time. + Forgivng platforming.
Cons
- The entire sarcastic cast - Load times hamper a quick restart - It's all just kinda ... bland
Summary
For all the flourish Adam's Venture Origins can show in its environments, it's coated in a bland blanket that suffocates any sense of adventure. The characters offer the worst sarcasm the genre can offer and I just can't bring myself to like them. Maybe this game's not meant for me and would do better with a younger audience but it just feels barely average, to me.
We use cookies on our website to give you the most relevant experience by remembering your preferences and repeat visits. By clicking “Accept”, you consent to the use of ALL the cookies.
Cookie settingsACCEPTREJECT
Manage consent