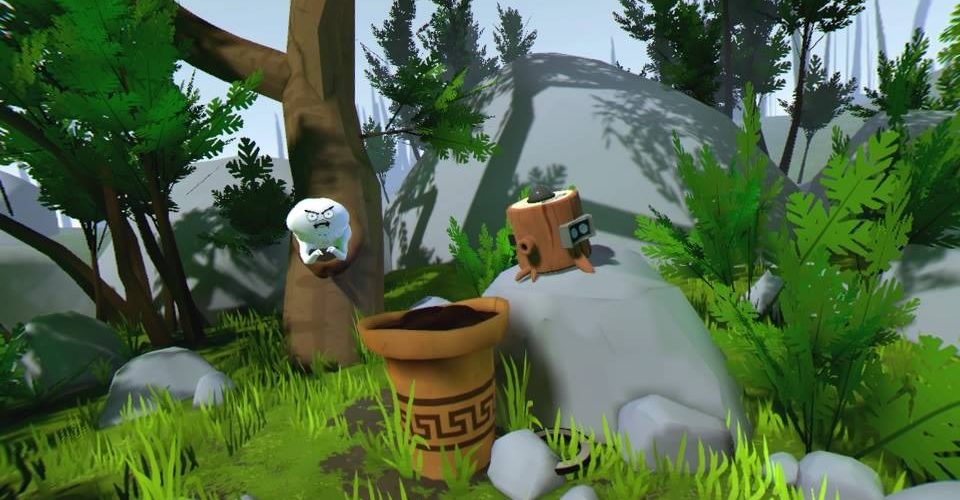 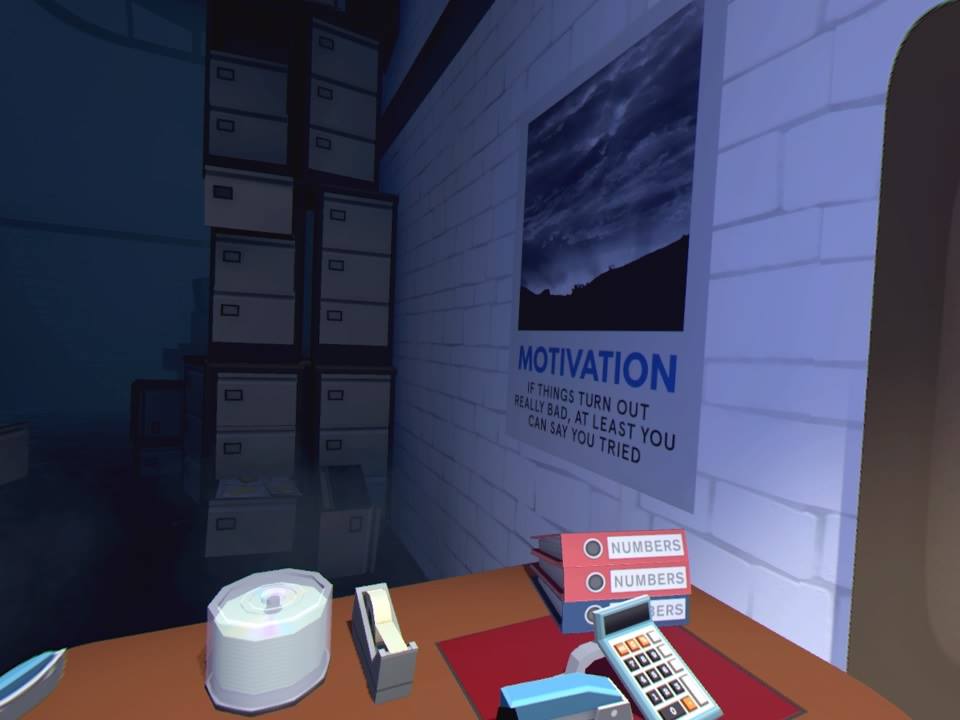 As VR concepts go, the idea of stepping into a surrealist fever dream conjured by the minds of Rick and Morty and The Stanley Parable is almost too tempting to pass up. Accounting+ is described on the PSN store page as being a “Nightmare Adventure Comedy” and it lives up to this self-imposed moniker well by being exactly what is said on the tin.

Accounting+ is an extension of the free game that launched on PC VR headsets in 2016. It adds extra content to the proceedings that doubles the length of the original and adds in more secrets to discover throughout the surrealist dreamscapes. Something that is missing from the HTC Vive translation however is the aspect of room scale VR which has been dialled back for teleportation mechanics on PSVR.

Your role in all of this is that of the voiceless accountant. Your job is to step into the world of VR to work on all those numbers and charts that makes accounting so exciting. Instead, everything goes wrong and you are instead placed in various bizarre scenarios that see you either pissing off or killing the locals in brutal ways. 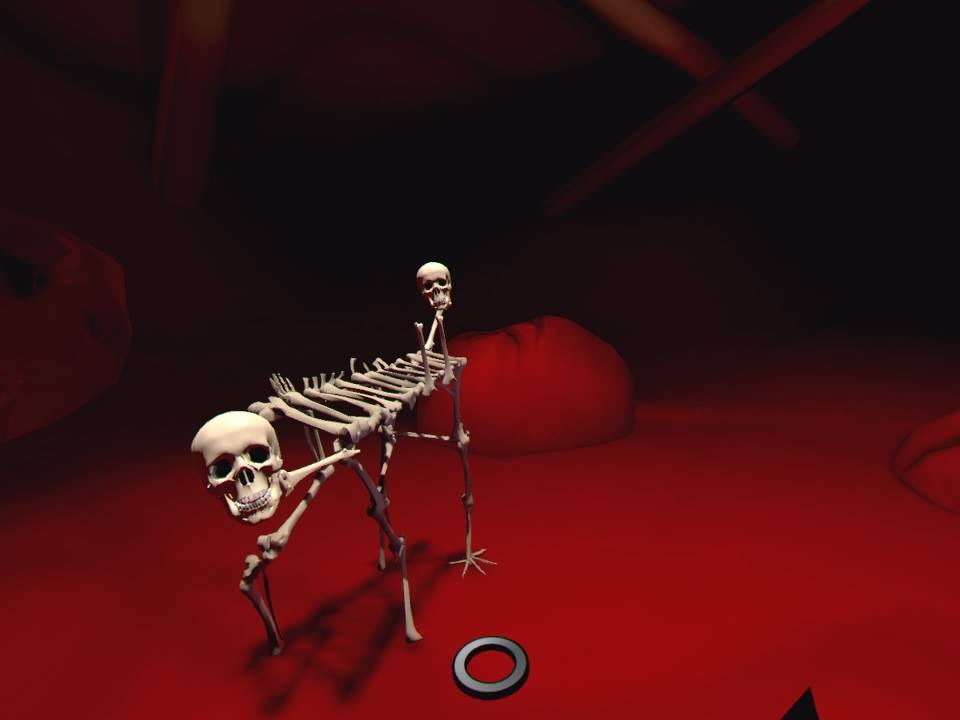 To describe the story or the various scenes in detail would take away a large portion of the game itself. Accounting+ is an incredibly short-lived experience with around one-hour worth of length to work with. This length can be extended somewhat when you consider secrets, hidden scenes and listening to all the comedic dialogue, but even with this considered you are only going to be adding another ten to twenty minutes tops.

Another caveat comes in the form of the unfortunate necessity to eschew room scale VR from the game. This essentially removes the fluidity of movement you would hope for with a fully walk-able environment and replaces it with the teleportation mechanic you would find in other PSVR titles. This removes some of the nuances from the environments as they are not as freely explorable as they were before and makes each stage feel like more of a playpen. This is not to say that this method is not serviceable, but it certainly feels stunted as a result. 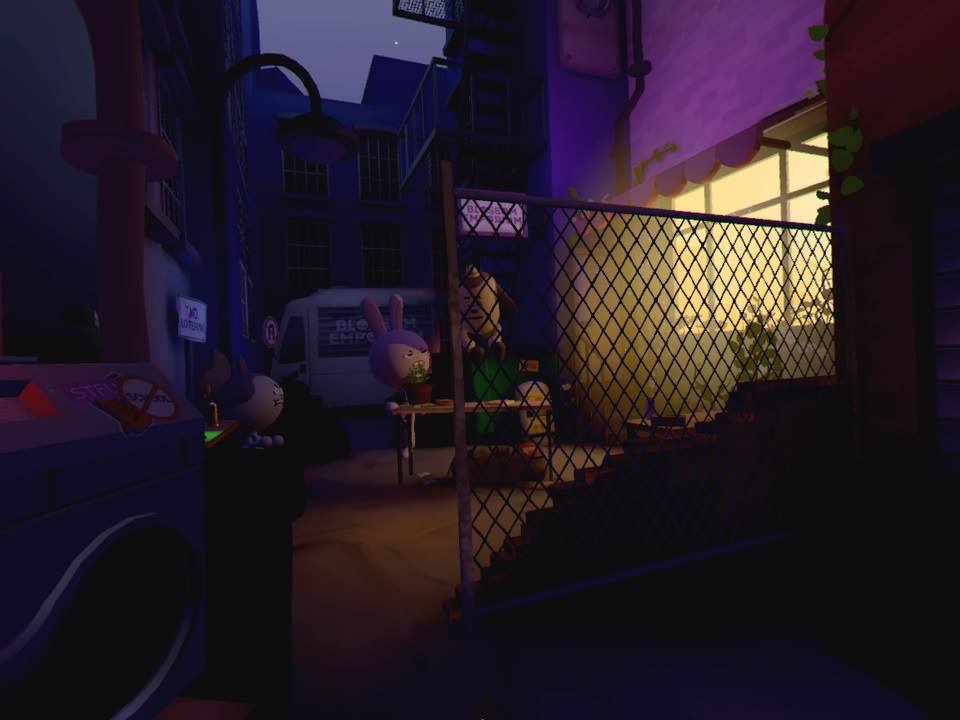 The game does go some way to make up for the short length and lack of exploration. The varying scenes you play are absolutely filled to the brim with the kind of absurdity that you would expect from Roiland. Character’s such as the tree dwelling white blob and overly excitable skeletal xylophone make for some hilarious moments and the interactions with each stage can be a lot of fun, particularly when considering nuances in your actions that either lead to secret areas or more dialogue.

I’m sure that fans of Rick and Morty and Roiland’s older work will pick up and enjoy Accounting+  for what it is and as a free experience on PC Accounting was a fantastic proposition. However, now that money is involved the length of the game really sticks out as an unfortunate minus. I would still recommend Accounting+, however it is much harder to do so at its current going rate.

Accounting+
6 Overall
Pros
+ Very funny, the game made me laugh from start to finish
+ Good range of controller options, either via PS4 controller or move
+ One of the best ways you could showcase VR to someone for the first time
Cons
- You don’t get a lot for the asking price
- If you are not into Rick and Morty/ absurdist comedy, you probably won’t like this
- Concessions have been made to get the game working for PSVR

Summary
The question of whether Accounting+ is for you comes down to how much you like Justin Roiland’s brand of humour and whether you are willing to support this monetarily. It is no doubt a hilariously entertaining game and a great start to Squanchtendo’s aspirations on PSVR, but you are simply not getting enough for the money with the minimal length and stunted translation to the PSVR platform.