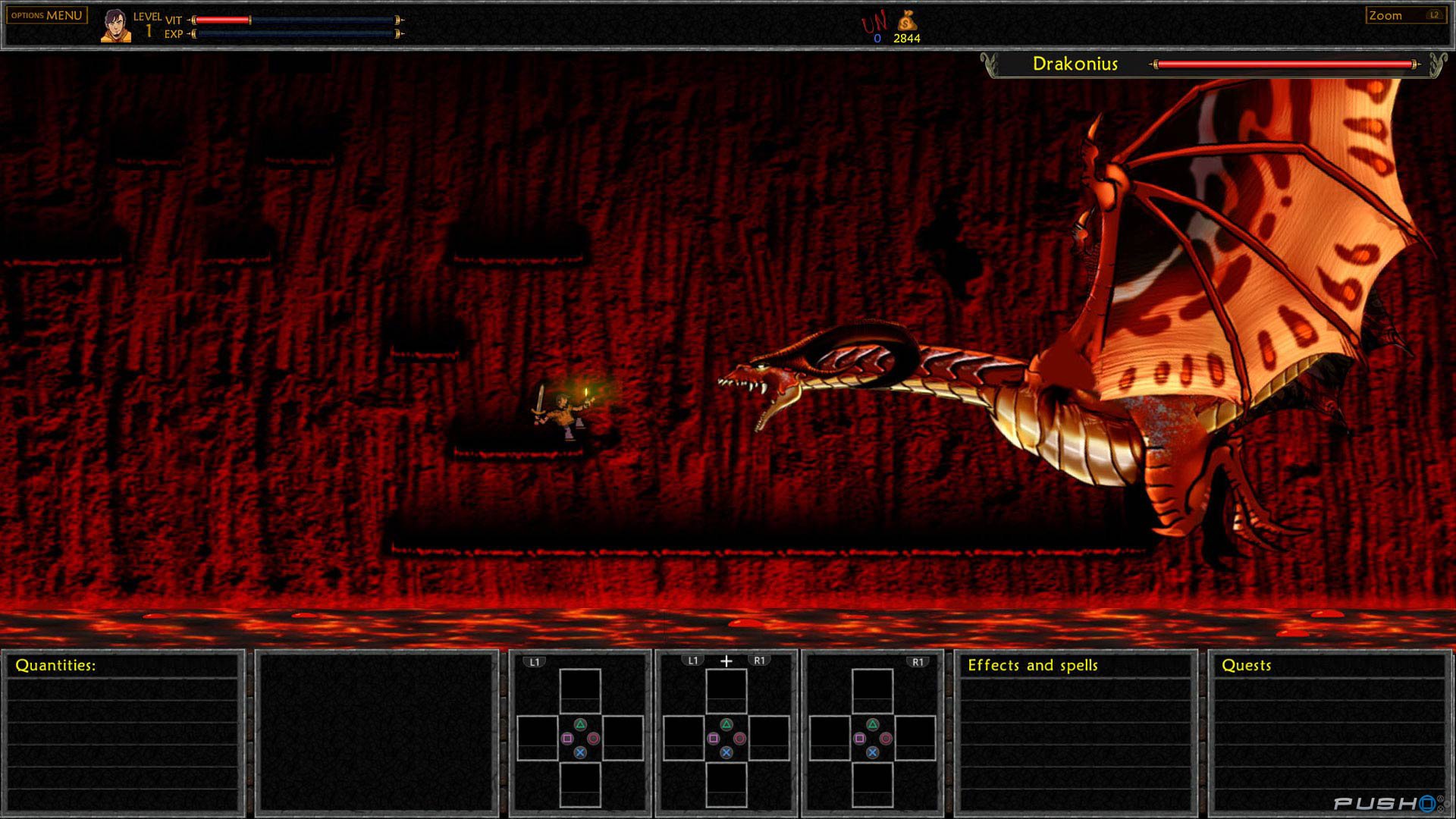 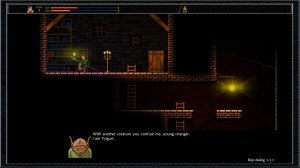 UnEpic is a PC game from 2011 which has just reached the PS4 and PS Vita. I’ve primarily been playing the PS4 version though I have dabbled a little with the Vita version as this game is both cross buy and cross play which is very welcome indeed. There are minor differences which I’ll go into but is is worth playing it on either?

UnEpic casts you as Daniel who is supposed to represent you, the person reading this review, or me. He’s a gamer and incredibly annoying. It’s played for laughs but references to The Matrix and Zoidberg from Futurama weren’t timely in 2011 let alone now and his inexperience with women bordering on creepy and drug references make him difficult to like. He starts the game playing a table top RPG with his friends, but as he goes for a toilet break the lights go out and upon taking out his lighter discovers he’s been transported to a castle. Believing he’s hallucinating he decides to play along until it wears off.

Shortly into the tutorial he gets possessed by a spirit who is unable to control him and becomes trapped, the only means of escape for the spirit is for Daniel to die and so your buddy movie set up is complete as Daniel and the spirit are constantly at each other and the spirit tries to trick you to your death. It’s a dynamic that works as the spirit gives you tips against bosses and the like by giving you poor advice.

But what type of game is UnEpic? Metroidvania is the popular term for these games where you explore an area, seeing locked or unreachable areas which you must return to later in the game once you are more powerful. UnEpic tends to rely more on bosses dropping keys than abilities but the basics are still the same. A map fills out as you explore which could be a little more helpful with more details but does a decent enough job. Blocking your way are enemies, pressure plate traps and some light platforming.

Combat is very basic as you just hold the attack button and Daniel constantly swings his sword until you cease. Enemies tend to become stunlocked so getting the first hit in is crucial to avoid damage though you can only hit one enemy at once so getting ganged up on is a recipe for disaster. Being set on a 2D plane there aren’t a lot more options, there are no dodges or side steps, you just want to time your attacks well. Getting behind an enemy means they won’t see you and using a dagger will get you a backstab bonus in this circumstance. 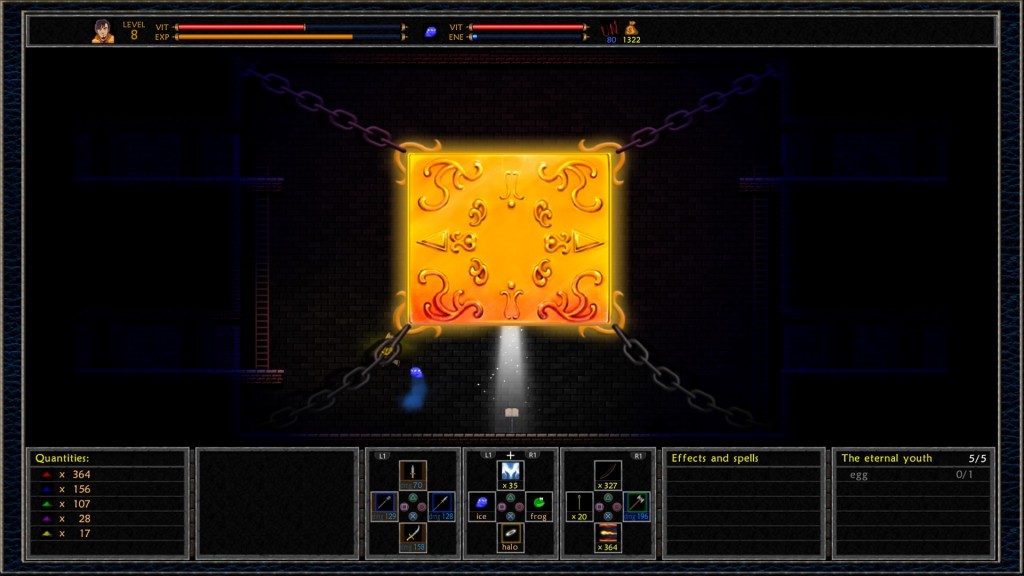 There are many weapons at your disposal which have advantages in certain situations, a spear has reach but only pokes ahead of you whilst a sword swings in an arc. Blunt and slash damage works better against different enemies so switching for the situation is a necessity, a quick select menu using the face buttons in combination with the shoulder buttons means you can have twelve different quick slots at any one time for your weapons, potions or spells. As you level up you get points to assign to different weapon, spell or armour proficiencies, so it’s completely up to you how you spec your character and the customisation aspect is one of the game’s strong points.

You start in a generic castle, but will move on to various areas like mines, gardens and sewers which are all pretty different from one another, though each area itself doesn’t have any particularly memorable areas which combined with the basic map can make returning to areas a little harder as you struggle to remember where important locations are. The graphics are purposely old school and are fine but lack any real character and the enemy design is particularly uninspired. The lighting effects as you run around with your lighter out igniting lanterns and torches in the areas are very strong however although it serves little gameplay purpose beyond trophies.

All characters are voice acted and the actors do a decent job with what they’re given, you can turn it off if you’re so inclined though, so you can just read the text and it’s easily skippable with a quick press of X + O together if you just want to ignore it or if you’re repeating a section. Depending on which of the difficulties you choose you may be repeating certain areas a lot as not only are the higher difficulties harder but remove the autosave feature meaning you have to return to the one save location in the game to save your progress. Luckily early on you gain the ability to warp straight back (which also refills your health) and as you progress you open up shortcuts to areas you’ve been to from the save point so it’s not too much of a hassle, you just lack a safety net.

As far as the Vita version goes the main difference is you will need to use the zoom feature a lot more. It exists on the PS4 but is generally unnecessary as you can see all you need to see on a large screen in the zoomed out mode whereas it’s not so easy on the Vita. The controls don’t map one to one on either so switching from the Dualshock 4 to the Vita is not as easy as it could be. It’s a fine version of the game though so if Vita is your platform of choice then there’s no worries about the port. 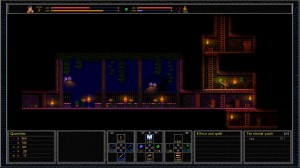 For £8 you get a lot of game in UnEpic but it doesn’t really hold your interest like the best games in the genre. It has its moments but the overly similar locations, horrible characters and basic combat mean that it can be a bit of a struggle motivate yourself to see more. It follows the Metroidvania formula closely so can entertain when you’re making new discoveries and the customisation is deep but it lacks the polish required to be a great game.

UnEpic
6 Overall
Pros
+ Follows the Metroidvania formula closely + Lots of stats to customise your play style + Plenty of game for a low price
Cons
- Main character is terrible - Can become tedious - Lack of memorable areas
Summary
UnEpic offers a lot of game for its low price. There are lots of areas to explore and plenty of ways to customise your play style. Unfortunately those areas aren't that memorable, the gameplay isn't up there with the best Metroidvanias and the main character really is terrible.