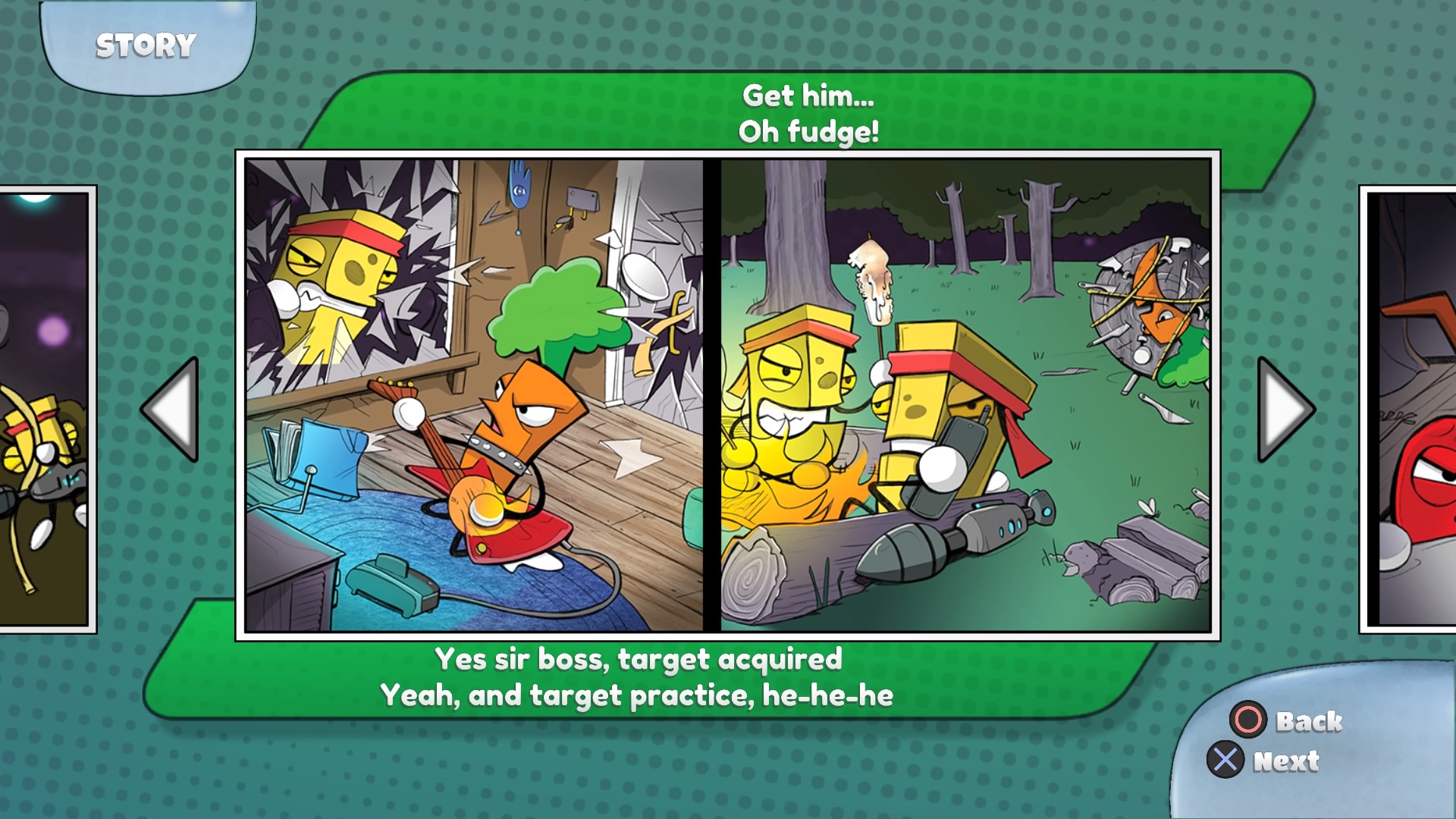 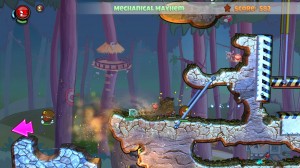 Part Worms, part Lemmings with equal parts puzzle and platformer Organic Panic is another indie game which defies easy classification.  The game is set up as a war between fruit and vegetables versus meat and cheese, you take the control of the fruit and need to beat the meat (ahem) in order to succeed.

Each level is presented in one zoomable screen and, similar to lemmings, the goal and the various environmental obstacles are all viewable from the start.  Most levels give you control over multiple fruit heroes, with the aim being to navigate the level collecting crystals, and defeating meat and cheese along the way.

Each fruit has different abilities, both skills and weaknesses.  As a result the fruits you are given on any particular level dictate how you will attempt to solve the puzzles on hand.  This adds a nice degree of variety to the levels.  There are only four fruits on offer, and this ensures you don’t have to learn too many different play styles, instead allowing you to focus in on the powers you do have.

The levels themselves are fully destructible and also physics driven.  Blow up a support pillar and the bridge will fall down.  This element of the game  gets a full work out and I was looking for ways of undermining the enemies in each level.  There was a great sense of freeform play here, and I often got the feeling there wasn’t any ideal solution.  Add to this destruction the fully realised fluids and things get pretty messy, in a good way.

If you break a hole in the side of a container the liquid will flow out in a realistic way.  Dripping, gushing and settling in the next available position.  This is brilliant, and given that you can drown meat enemies, mucking about with the water is a lot of fun.  It really struck me how well the water was realised here, it reacts excellently to anything you care to throw at it.  This allows you to plan devious ways of offing baddies, and you just know precisely how the water will react.

Throughout this game there are jokes and humour aplenty.  To start with the whole premise of meat versus veg is not something I’ve ever come across before.  Each level is also bookended by comic strips which tell a frankly bizarre story of the conflict.  Also when you die in a level you’re greeted with quips about being squashed.  The hit ratio of these jokes isn’t great, but when there are so many you sort of get on with it. 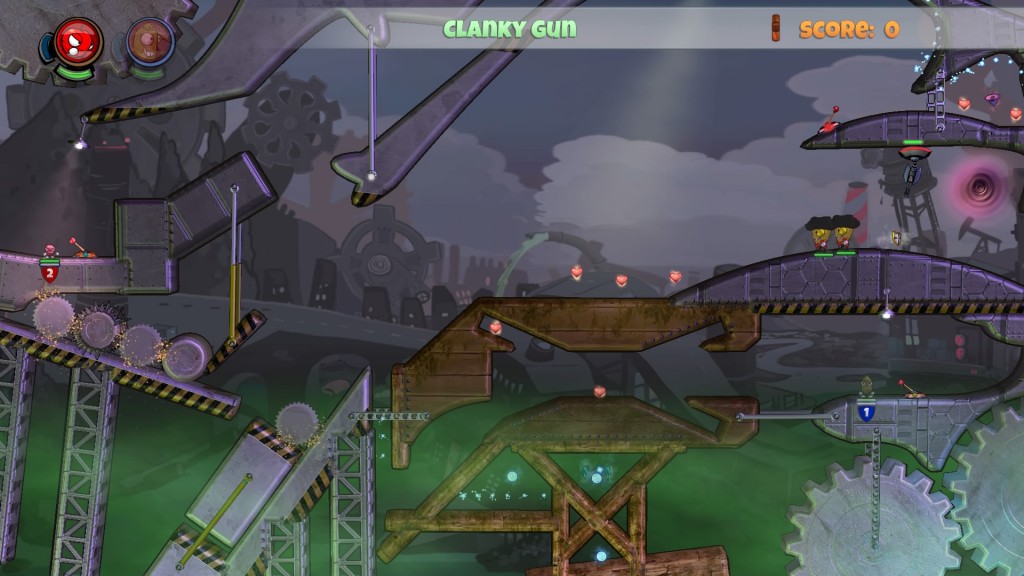 Graphically things look nice and clean, if a little simple.  In styling it looks like Worms with cartoony graphics, and lots of detailed backgrounds.  It’s a style which really benefits the game and allows you to easily see what’s going on.

Aside from the significant number of single player levels, you also have co-op and versus.  Co-op sees you working to solve levels together, and can be a fair bit of fun if you’ve got a likeminded individual and a second controller.  There is also versus mode, which basically sees you trying to kill each other in a series of set levels.  This is less successful, and given the physical nature of the game it’s often not clear if the wall you’ve just been squished by was felled by you or your adversary. 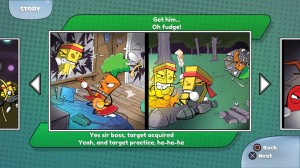 Organic Panic is a decent game, and a fair bit of fun to play.  Its clear this has been lovingly created, as everything feels like it’s had a lot of care taken over it.  With retro stylings which hark back to some classic games, Organic Panic manages to feel unique.  This uniqueness is both its strength and weakness though, as it’s neither a true platformer nor a puzzle game.  What it is though is another demonstration of the kind of gems you can find when you start to explore the indie scene.

Organic Panic
7 Overall
Pros
+ unique premise + lots of humour gives the game a  great sense of fun + its loads of fun to mess around with the water, physics and destructible environments
Cons
- multiplayer modes feel somewhat throwaway - neither a true puzzle game, or a true platformer - graphics look a little simple
Summary
A game with a great sense of humour. The destructible environments allow you to create your own path through the level, and the realistic physics give some great emergent gameplay.