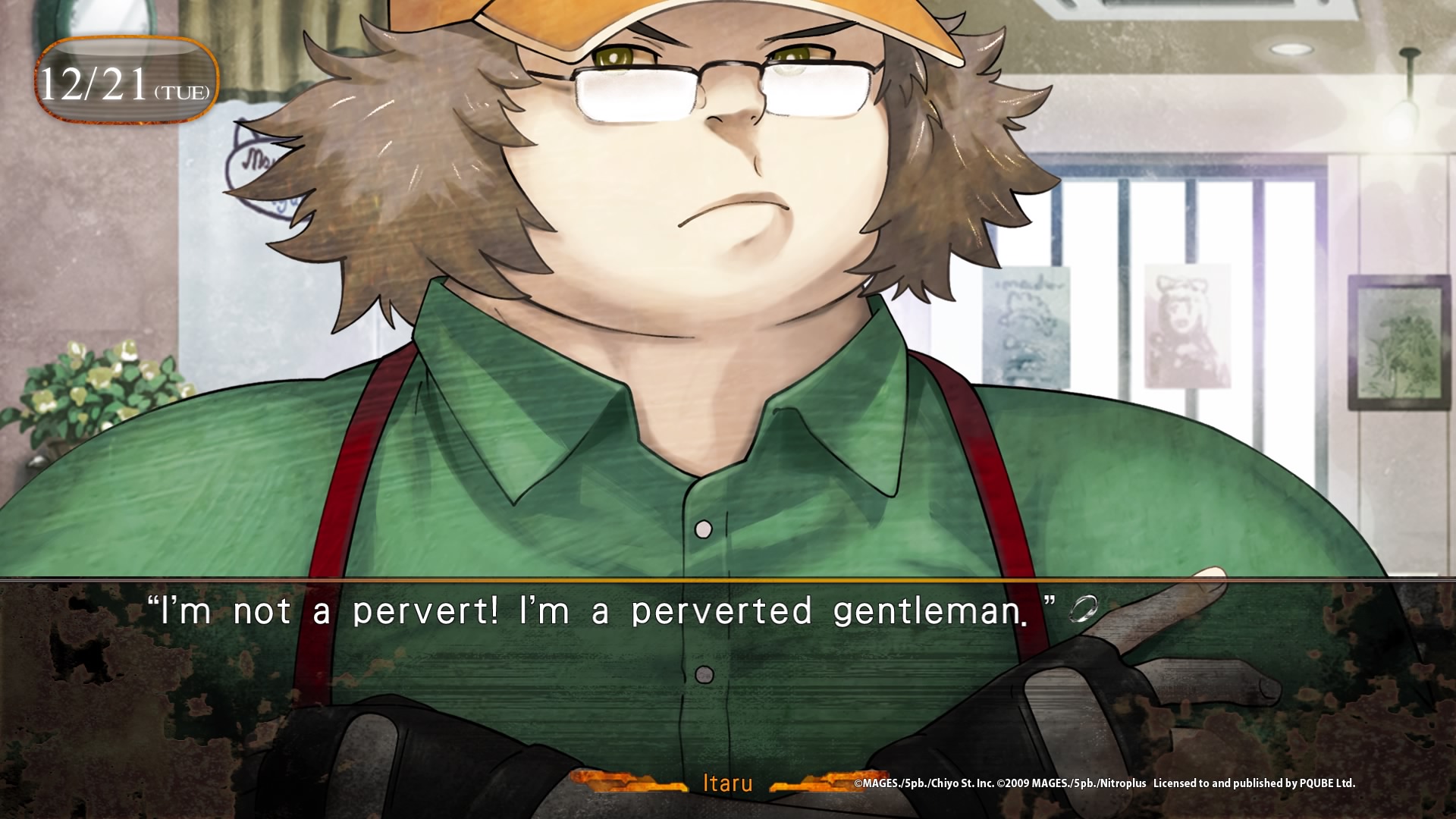 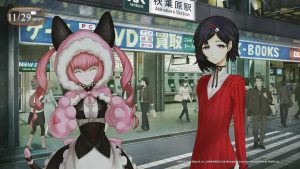 I like a bit of Science Fiction lapping up books, movies and TV shows about it.  I also like Japanese games as I find they often provide different view points I’m not always used to.  Steins;Gate 0 is a game which seems to straddle these two worlds being as it is a science fiction tale by a Japanese developer.

First things first Steins;Gate 0 is a visual novel game which means there is virtually no player interaction, it’s effectively a book with pictures and music.  Mechanically you just press a button to move the text along, there is even a button to auto play the text meaning you’re free to just take the story in if you like.  The only concession to this is in game mobile phone which you can use, or not use, at certain points in the game but the times you can use this are heavily scripted.  Overall the gameplay really is as simple as pressing X.  Given this it is not going to be to everyone’s liking.

The way Japan and Japanese culture is presented in Steins; Gate 0 is pretty detailed, from the well realised authentic backgrounds and character models to the tailored music and nuanced speech.  It all seems to be a bit otaku though with characters enjoying cosplay and general geek culture.  The game is Japanese through and through and actually includes an encyclopaedia which helps explains some of the more obscure concepts or Japanese themes in the game.   If you want to get the most from this game then you will be using this encyclopaedia and fully buying into the world presented. 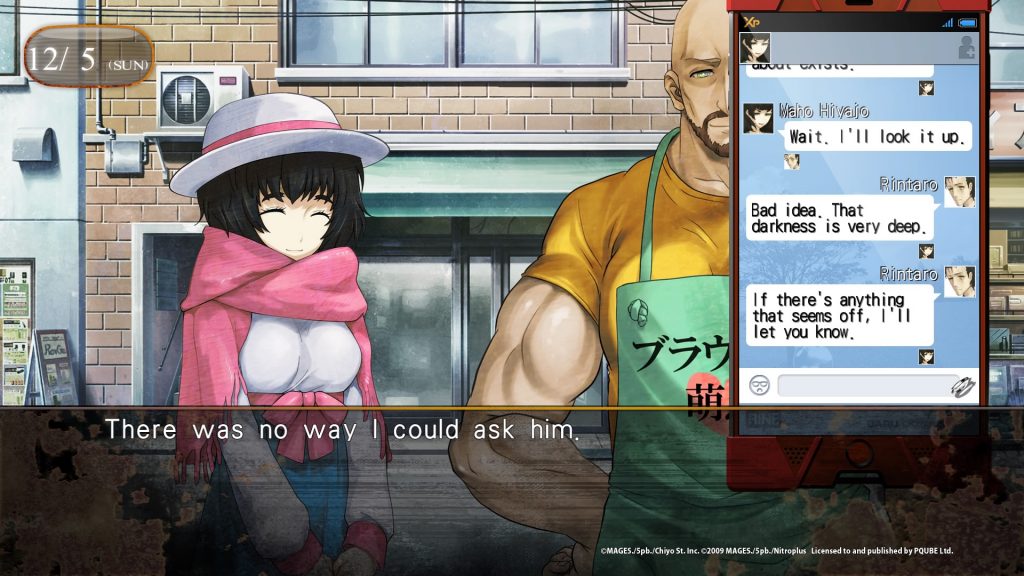 The story being told follows hot on the heels of one of the darker endings of Steins;Gate  and avoiding spoilers, I’ll just say that the main protagonist Rintarou Okabe is dealing with some traumatic issues.  He’s removed himself from his friends and engrossed himself with study.  It’s an emotionally charged story told very well.

Although still focused on time travel one big new theme this time round is artificial intelligence and what this means. There is an artificial intelligence which may be more than it first seems and throughout the story you call it via your mobile and chat, in fact it’s this interaction which drives the multiple story endings forward.

It’s an interesting story and is kept fresh through the introduction of different points of view and loads of new characters.  This is a great mechanic and allows the story to be told from lots of sides.  Most of the new characters are deep into their cosplay and provide a light relief to the more serious main story.  It does seem to do that Japanese thing though where all the girls are super cute and seem to be ridiculously naïve when it comes to dating. All the boys on the other hand seem to be awkward and shy around the girls being constantly lost for words, when entire conversations have ellipses as answers you know you’re in a Japanese game.  All the characters are well voiced in their original Japanese too which is nice given the volume of text here.  I must say though that by my second and third play through I’d muted their voices and was happily skipping as much as I could. 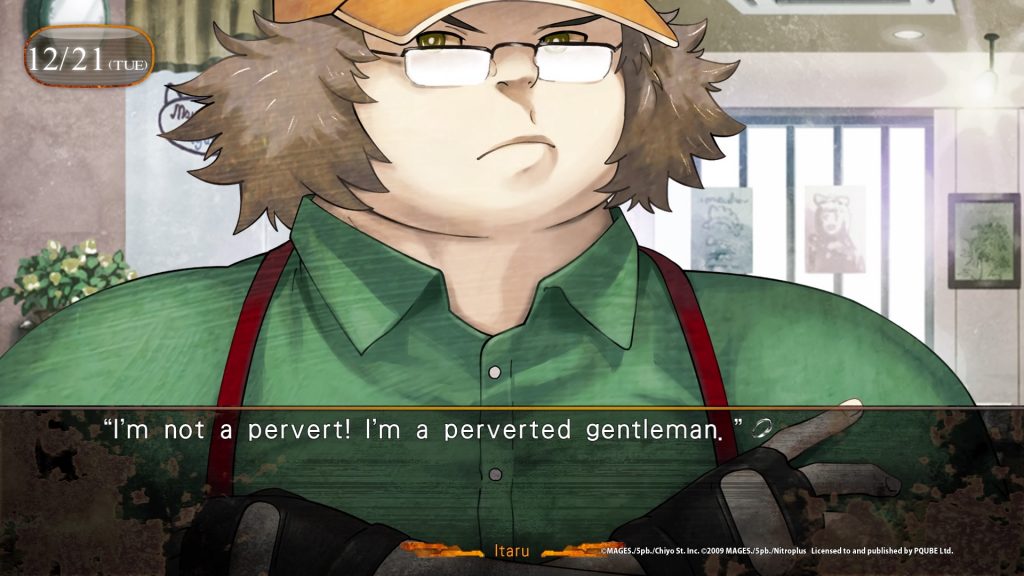 Steins;Gate 0 looks lovely and I’ve mentioned above how the backgrounds look authentically Japanese.  Graphically it all looks like it’s been painted and this lends the game a lovely consistent identity.  It is abundantly clear a lot of time and money has been spent on this game and it has high production values throughout, this is no budget release.

There are multiple endings to discover here and I found it genuinely interesting how the story threads interwove between each other to produce the different outcomes.  There are multiple chapters throughout the game and if you want to see them all you’ll have to play the game multiple times as some chapters are mutually exclusive from others.

The chapters can take a couple of hours to read through, but luckily you can save anywhere so I didn’t find this an issue.  On your first play through you’ll likely spend over ten hours or so playing through the game listening to all the voices, subsequent plays though will be significantly quicker as you’ll likely be skipping most of the text in order to get to the pivotal moments where you can alter the story.  At the start I admit to feeling a bit lost in the story, but as the story progressed and on my later play throughs  I became super engrossed really enjoying the story being told and fully engaged with the multiple outcomes. 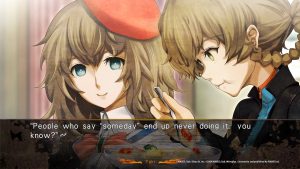 Steins; Gate 0 is an odd game and clearly wont be to everyone’s liking.  With almost no interaction you’re coming here for the story, and in some regards the amount of enjoyment you’ll get from this game is equal to the amount of time you invest in the characters and plots.  Is it better than Steins;Gate?  I don’t know, maybe, but what I do know is that it tells one hell of a story.  If you stick with it the time travelling tale is intelligently written and full of emotional punch.

Steins;Gate 0
7 Overall
Pros
+ Great story well told + Multiple endings really add depth to the story and drive replayability + Has high production with decent art and voices
Cons
- Lots of stereotypical Japanese tropes... - Almost zero interaction other then pressing X - An understanding of the first game is needed
Summary
As a visual novel game this lacks any kind of real interaction other than the X button. You're coming here for the story and Steins;Gate 0 tells a great one, with multiple endings and loads to get your teeth into.