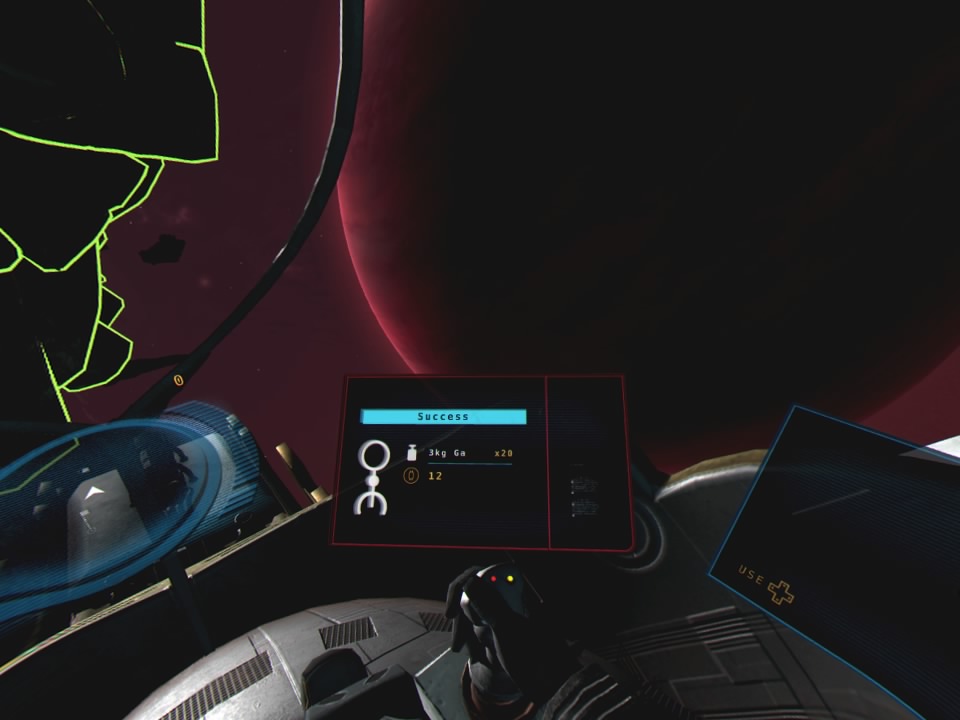 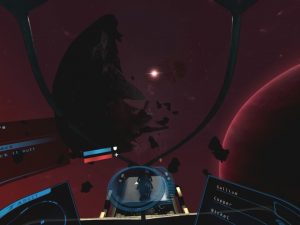 Space Rift is an episodic space opera that sees you playing as a space miner called Casey Black who unwittingly finds himself in a key role in a battle for freedom against the greedy Weyss and Pandora corporations. Taking it leaf out of Total Recall’s book, Space Rift‘s war is for oxygen. Humanity has colonised Mars and is forced into near slavery, working for oxycreds (oxygen credits). However, the rebel forces are working on a S.E.E.D. bomb which will oxygenate all of Mars.

This episode gives you five chapters to play through. Each is relatively short, clocking in at around 20-30 minutes, and introduces you to the three main characters; Casey, Dr Eiken (the leader of the rebellion and general sourpuss) and Lt. Saynab Azouad who fixes up your ship. Casey and Azouad generally don’t like or trust each other (and, to be fair, it’s quite difficult to know who is the worst out of both of them) and Eiken has had enough of their bickering.

Aside from the relationships, which are relatively unexplored in this episode, the main thing to talk about is the gameplay. Each chapter is a mission and each mission sees you flying around in space. The PSVR unit places you firmly in the cockpit of your ship and you’ll spend you time either mining for materials (which plays out as a sort of minigame), having dogfights with enemy drones or just aiming towards whatever story mission is next. 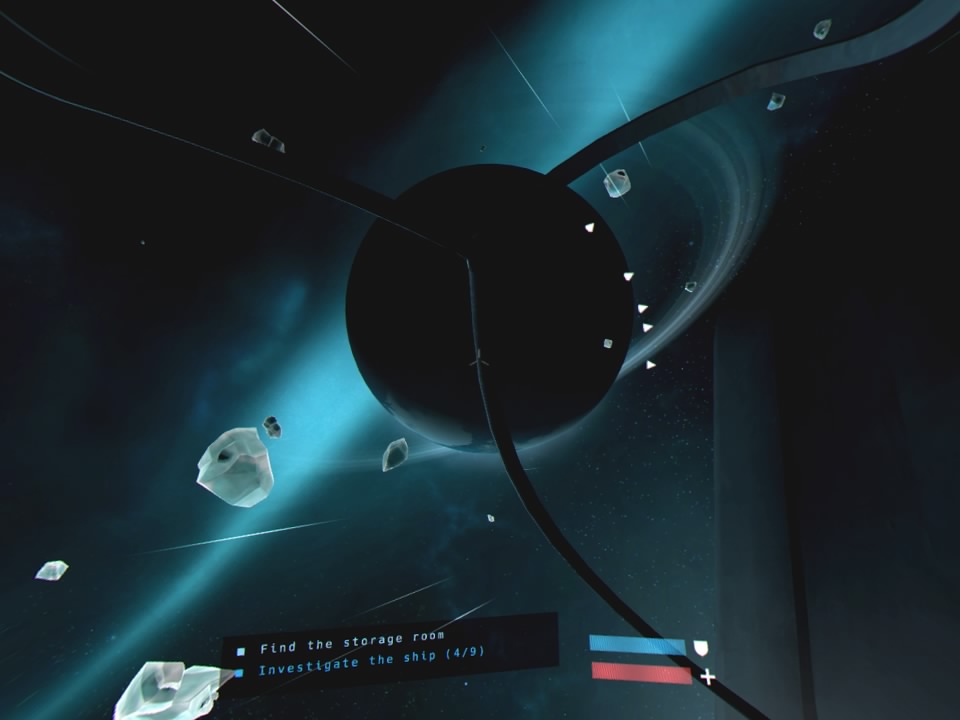 From basic space battles to flying around in giant structures, Space Rift hits all of the elements you’d expect it to hit and it does a pretty good job. Enemy ships are fast and agile and so you’ll be frantically pushing those analog sticks, trying to get every last bit of pitch (or yaw, or whatever they call it) out of your ship as you try to get the enemy into view. You then aim your lasers using your head. It works and it feels pretty exciting and the controls are always reliable. That said, some of your ship’s extra functions (scanning, mining and lights) require you to press buttons in your cockpit which is a tad fussy but not really an issue. I did particularly like the fact that your ship computer doesn’t acknowledge that you have a game menu panel in your cockpit and even denies its existence.

After each mission you’ll get the chance to exchange those mined materials for credits that can be spent on upgrades. You can upgrade your weapons, shields, engines and thrusters. It adds a little extra wrinkle to the gameplay and, while the upgrades don’t have a massive offensive impact, it’s quite nice to have this upgrading element to the game.  Defensively though, I felt like the shield upgrades made a big difference towards the end.  I was under fire a lot in the final level and survived it pretty easily.  The only worry being the level design on that chapter which was absolutely horrible.  The way ahead on two occasions involves finding tiny openings in the scenery.  It was frustrating in an already disorienting level.

In terms of the visuals, I’m a total mark for space games and it is great to have one in VR. That said, space does feel a bit flat. The planets and stars in the backgrounds seem to be 2D images and it’s not particularly pretty. That said, it does get better in the later chapters and the last chapter in particular does look pretty good. 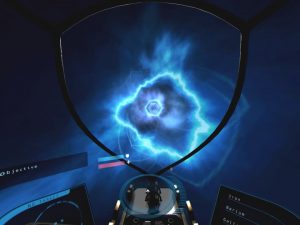 The sound on the other hand is pretty generic and the game suffers from some particularly bad voice acting which does harm the storytelling a little.  That said, you’ll eventually stop noticing how bad it is.  Hopefully.

Overall, while it was a little underwhelming at times and frustrating at others, I quite liked Space Rift and am keen to see where the story goes. You can’t even call it a budget version of Elite: Dangerous because it really isn’t in the same ballpark but as a story-driven space opera, it’s doing a good enough job.

Space Rift: Episode 1
6 Overall
Pros
+ Story has promise + Combat is decent + Upgrading is welcome
Cons
- Graphically a bit weak - Fairly dreadful voice acting - Mission structure is a bit ordinary - Last level is a bit confusing to navigate
Summary
Space Rift is a little clunky and has a low budget feel to it but it tells an interesting story and breaks it up with some fun dogfights. The presentation isn't going to wow you, even with the PSVR functionality, but if you're looking for a VR game with some potential depth, this episodic space opera is worth a look.