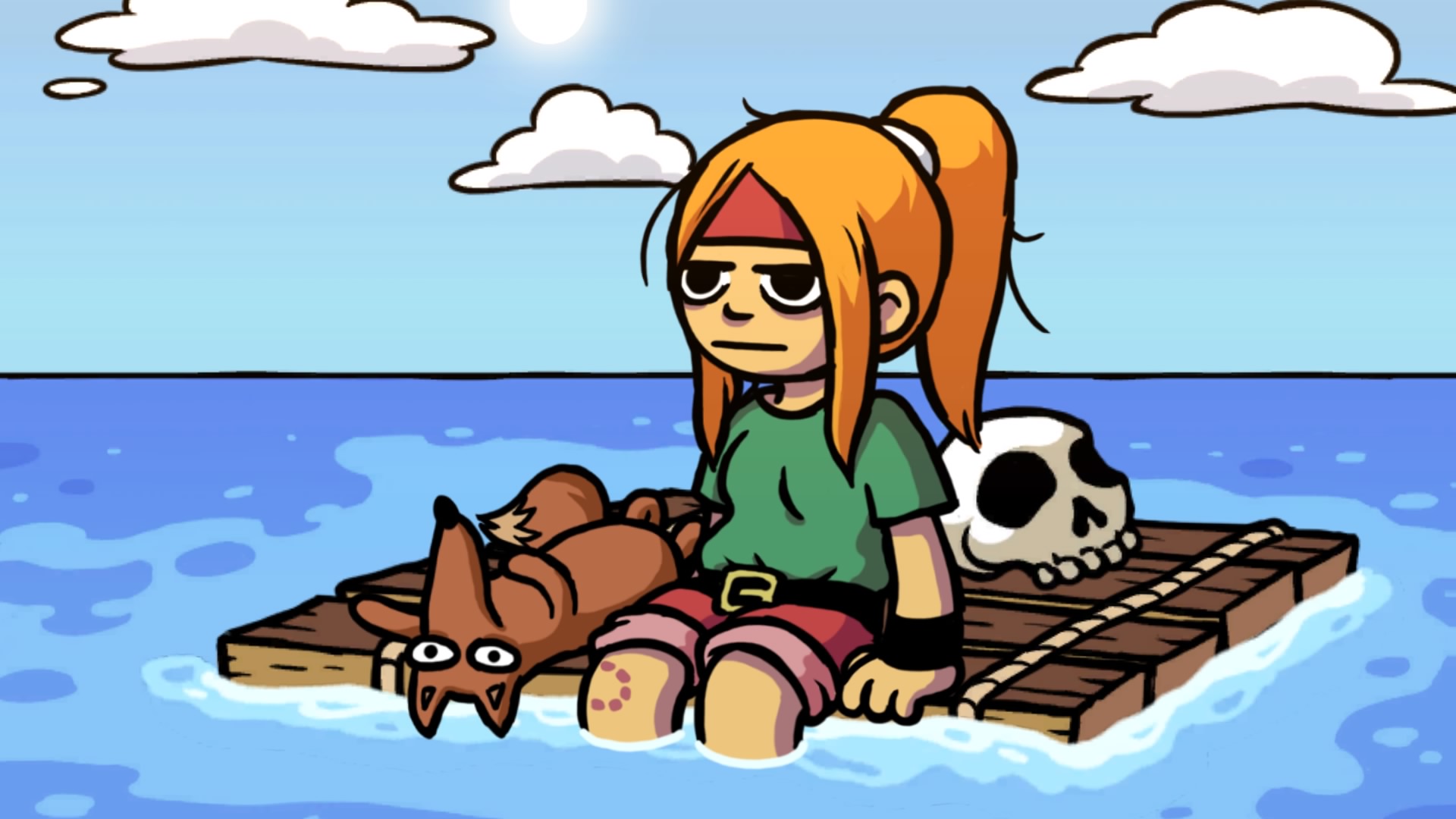 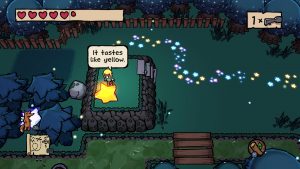 2013’s Ittle Dew was an unabashed homage to the classic Legend of Zelda games that managed to garner a little fondness with critics and players alike. Three years on, Nicalis return to present a sequel. Is this flattery lively to hit second time around or is the formula wearing thin?

Iterating on a clone can arrive with its own challenges and Ittle Dew 2 decides to follow Nintendo’s stride once more. The format is very Link to the Past. You’re presented with an open overworld with a suggested dungeon order but you could happily tackle them in any sequence you like. What you need to solve the dungeon is within it so the formula doesn’t change, in that regard.

It carries a very cheery aesthetic with the 2D-visuals of the previous game making way for a three-dimensional one. Each zone comes with it’s own visual motif and I’m awestruck with how well-executed the soundtrack is. There’s some catchy numbers in this one and the areas are memorable, with their own set of unique enemies.  The story keeps things light. Ittle is trying to build a raft after being shipwrecked in a strange land. That’s your focus and there’s barely a hint of anything beyond that. It’s straightforward and to the point. You’ll uncover new characters along the way but they’ll provide you hints, rather than quests. Ittle is accompanied by her faithful companion Tippsy. As the name suggest, he also offers hints and the interactions between the duo works well. It extends out to the banter with the dungeon bosses. It’s all very light-hearted and jovial and fits with the overall tone of proceedings. 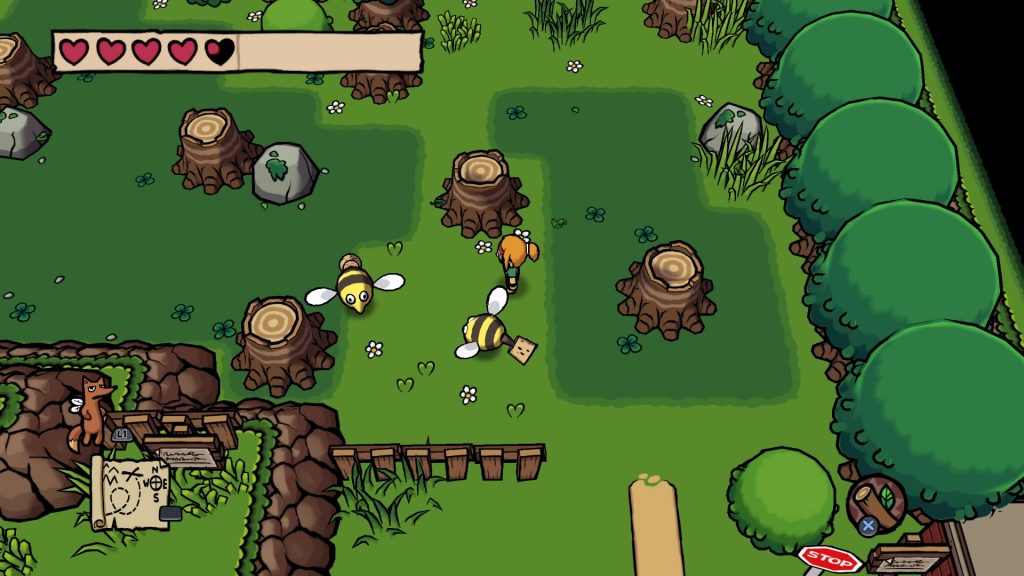 The world itself is packed with plenty to look for. There are caves filled with optional items and the eight story dungeons are supplemented by a further four optional, harder dungeons. It’ll probably take you five hours to complete but, depending on your skill, you may find this too brief.  Whilst it is a quick world to traverse, the enemies have a tendency, very early on to become a nuisance. They favour projectile attacks often which will result in you rolling your way through trouble to your next objective. The map is very good at pointing you where to go and suggests a dungeon route that helps ramp things up gently.  The exploration certainly feels great. Finding scraps of health and items that boost effectiveness in the field can really give you a nice sense of progression. Returning to older areas and laying waste to the fodder is never a bad thing, providing you can avoid the death raining down upon you.

The puzzles unfortunately don’t provide much variety. You’ll spend a lot of time moving blocks on to switches to open up new dungeon paths or uncover secrets. They do require a little bit of thought and some can be circumvented with the right upgrades, but they’re not the strongest aspect of Ittle Dew 2‘s adventuring.  There’s some clever touches but they don’t stretch you too far. 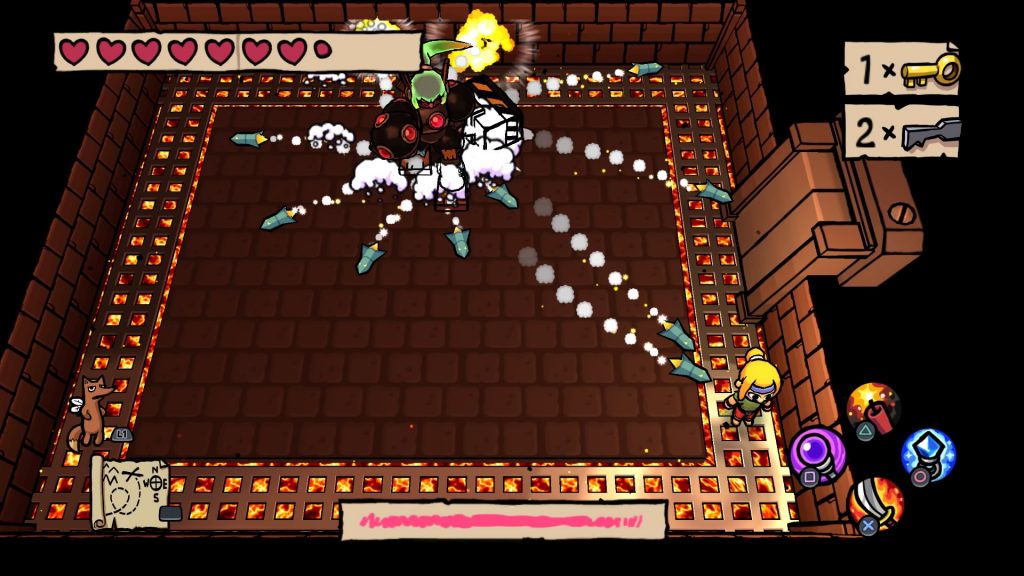 Outside of their introductions, a lot of your inventory just goes to waste. Aside from your dynamite, they’ll rarely get a look in. You can use your wand to deflect incoming orbs but you’ll be too busy trying to dodge to really apply it well. You have four in total you can use and they map to your face buttons but they feel redundant, at times. Maybe I’m missing something.

The bosses are where the game provides some genuine challenge. They all come with distinct attack patterns which can be easy to predict, once they’re figured out. In the closing stages, the final two bosses deliver additional phases to change it up. As with the overworld enemies, though, there’s projectile attacks in full force which can cause you to take some unnecessary hits. There’s also a scarcity of boss enemies. You’ll revisit the same fights with some additional hardware. Victory is sweet and mastering your roll can make it feel like Titan Souls. There’s room for error but, the further you advance, the smaller that room becomes. In the closing stages, the bosses can deliver serious whack from range and can deliver some frustration. 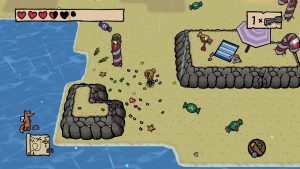 With all things considered, this is a worthy iteration on the original. The new art style, soundtrack and writing gives the game a fun, pleasant feel that fits with the protagonist’s need for adventure. It’s a pity the combat falls off when it does because wandering Ittle Dew 2‘s world is a treat.  Worth a shot if you’re after a simple, short scratch.

Ittle Dew 2
7 Overall
Pros
+ Endearing visuals. + Varied environments. + Catchy soundtrack. + A nice sense of exploration.
Cons
- Might be too short for some. - Block and switch puzzles can get old fast. - Everything has ranged attacks. - Boss fights get reused too often.
Summary
It's an unashamed Zelda clone but this one certainly flatters. It takes what it needs from Nintendo's franchise whilst refining on key aspects. You might tire of the block and switch puzzles but the game packs a brief length with plenty of exploration. The dungeon bosses provide ample challenge for those wanting it. If you're after a quick fix, this might be for you.