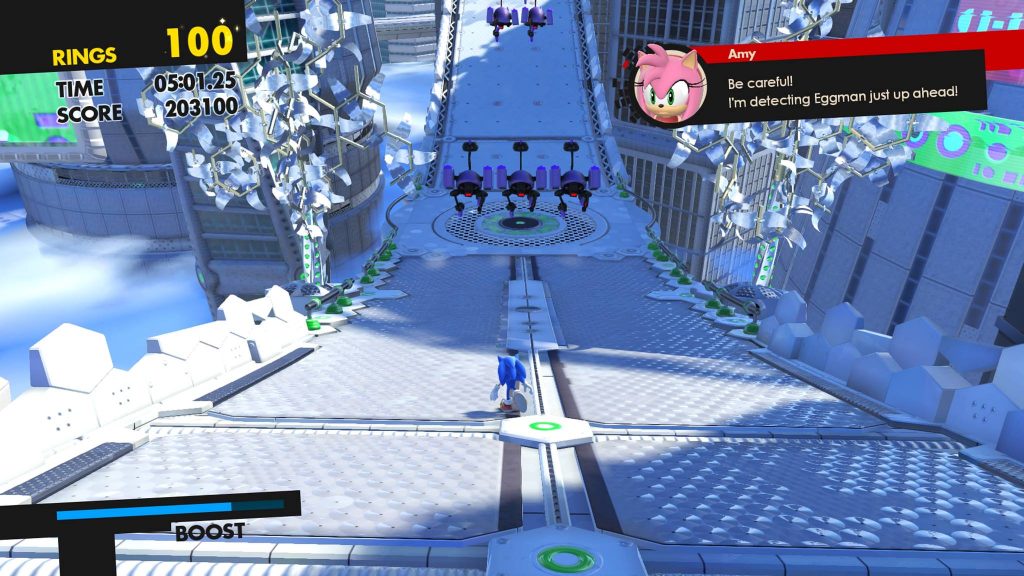 You could pretty much see how this was going to go when both Sonic Mania and Sonic Forces were announced under the same breath in 2016. We all know how well Mania did, a game that was made by fans for fans and launched to positive praise across the board with one of our few 10/10’s counting among that number.  If Sonic Mania is a game that is made for the fans, by fans then Sonic Forces is a game for the fans, only this time it’s made by some sort of robot that scanned a months’ worth of fan forum posts and fabricated a game based on what it found.

Sonic Forces follows the template laid out by Sonic Generations before it. Modern Sonic and Classic gameplay styles are represented by the two different characters, however in this case in a far less endearing sense as this is no longer a celebration of the franchise history, but more to try and sate as many people as fans as possible with differing control types. This comes with the addition of a third playable element which is represented by a player created avatar that takes an active role in the storyline.

In terms of gameplay, Modern Sonic wins out by being the most fun. The boost gameplay style is filled with as much spectacle and cathartic speed as you would expect from previous instalments. However, this is neutered thanks to the reduced player agency as Modern Sonic levels feel more like straight lines as opposed to sprawling race tracks with alternative pathways that reward risk or repeated, more explorative plays. 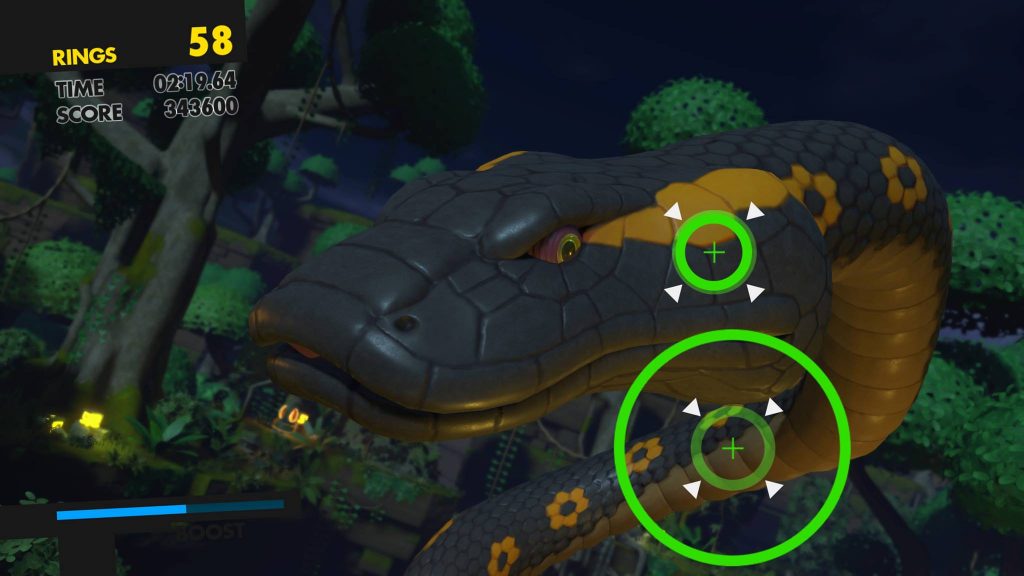 Classic Sonic takes the biggest hit in Forces, while Generations wasn’t the greatest example either, the platforming ends up feeling too floaty and imprecise to be serviceable. The level design for classic is not up to scratch either, with there being a distinct lack of alternative paths and an absence of momentum based secrets for the player to discover. It completely flies in the face of what makes classic Sonic good in the first place and highlights even more how much Sonic Mania got it right.

As the latest shoehorned innovation into the franchise, Avatar characters offer a mixed bag of gameplay opportunities. Avatar characters are sort of a middle ground between Modern Sonic and Classic, with levels set in the descending 3D half pipes and side views while featuring more emphasis on platforming as opposed to pure speed. As your character is supposed to be on the side line, you cannot expect them to be as gifted in speed and acrobatics as Sonic, instead they are equipped with gadgets such as a grappling hook that allows them to use a more rudimentary version of a homing attack while also being able to use weaponry such as a flamethrower to dispatch enemies. 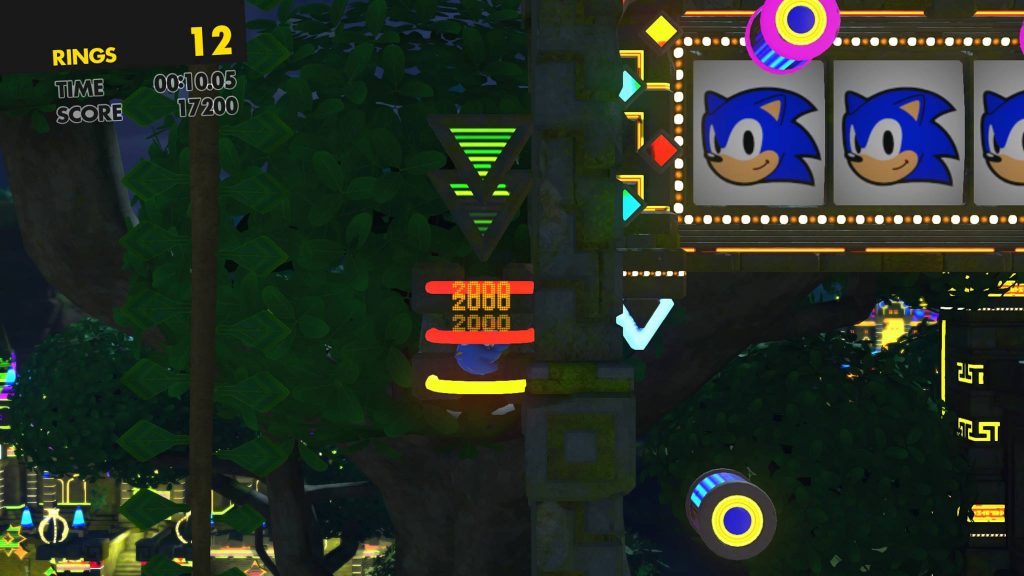 One of the biggest bugbears I have with the Sonic franchise despite my ‘in too deep’ relationship with it, is the story aspect. Like the Adventure and 2006 instalments, Sonic Forces takes itself far too seriously. In this, Eggman has taken over, subduing Sonic with the help of a time warping crystal and the hedgehog’s colourful rogues gallery. Sonic and team must essentially overthrow Eggman in a po-faced tale of freedom fighting and general edginess. Thankfully this can be mostly skipped in both cutscenes and dialogue, but I will say there is some comedic value to be had here, however unintentional.

The most praise I can leverage towards Sonic Forces is in its presentation and performance. Graphically the game shines and the pace keeps fluent throughout. The only thing letting this aspect down is the soundtrack which is a big mixed bag. To me the soundtrack to a Sonic game is the thing that keeps me coming back and while there are some tunes here that fit add to my folder of guilty pleasures, the Classic Sonic music is just plain dreadful. While Modern Sonic has the schlocky guitar riffs of the adventure titles and the avatar stages have some awful yet endearing vocalised tracks, Classic Sonic has the worst case of trying to emulate 16-bit audio that I have ever heard. Think Sonic 4 and you will get the idea. It just completely lacks any of the personality or pleasing harmonies that made both the actual classic songs and Tee Lopes’ recent efforts in Mania so good. 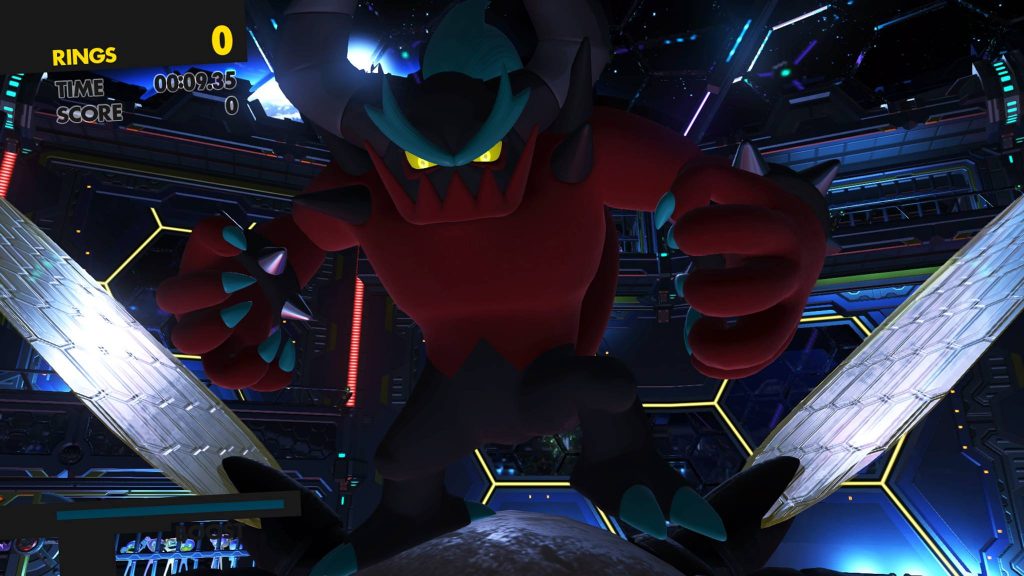 If you told me that Sonic Team gave up on Forces halfway after seeing progress on Sonic Mania then I would think that entirely believable. While there are flourishes of fun hiding inside, the overall game loses out as it simply just doesn’t know what it wants to be. Much like Ridley Scott with the Alien Franchise, Sonic Team seem to have completely forgotten what makes their franchise tick.

Sonic Forces
4 Overall
Pros
+ Graphically, this is excellent to look at
+ Performs incredibly well in terms of frame rate and speed
+ Mercifully short, clocking in at three hours for the main story
Cons
- Fails to capitalise on the Generations formula
- Classic Sonic feels completely off in terms of physics and control
- Avatar character creation is not nearly as fun as it sounds
- One of the worst soundtracks heard in the Sonic franchise
Summary
Sonic Forces may have impressive elements such as high-speed spectacle and graphical fidelity, but it completely falls flat in just about every other area. It fails to better 2011's Generations and to learn from past mistakes in the franchise. Stick with Mania.