Originally released on the Xbox One way back in 2013 Max: The Curse of Brotherhood has made its way to PS4. A spiritual sequel to Max & the Magic Marker on the surface it looks like a platformer but really it’s all about the puzzles. For those who might remember it I found it very reminiscent of Heart of Darkness on the PS1, though not so devilishly difficult. 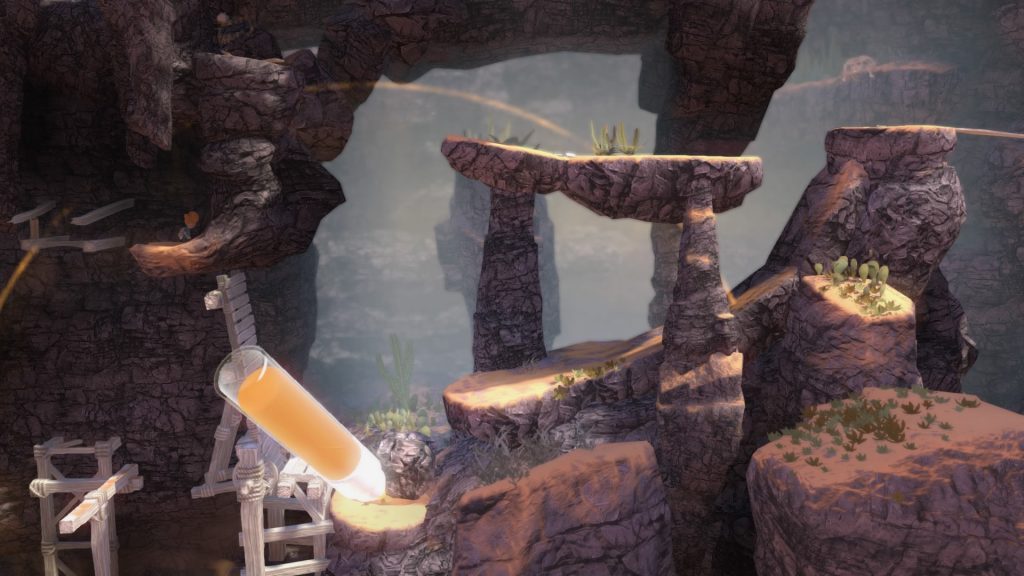 You play as Max, a young boy who arrives home from school to discover his little brother, Felix, in his room playing with/destroying his toys. A ‘Giggle’ search discovers a website with a spell to get rid of little brothers, and a quick incantation later and a portal opens up. A clawed hand reaches out and pulls Felix through the portal and Max, instantly regretting his actions, jumps in after him.

This brings him to a world ruled by Mustacho who has kidnapped Felix in order to switch bodies. Luckily Max discovers the Magic Marker, a pen that gives him power over nature allowing him to venture through the magical world to rescue his brother and defeat Mustacho.

The pen is the game’s main gimmick as every screen will require some interaction from you in order to make it passable. As you progress the pen gains new powers allowing for more complicated puzzles and more of a challenge as you’d expect. Initially you’ll have the power to raise pillars of earth up from specific parts of the ground allowing you to reach higher places but by the end of the game you’ll have the power to create branches, vines, water streams and fireballs. 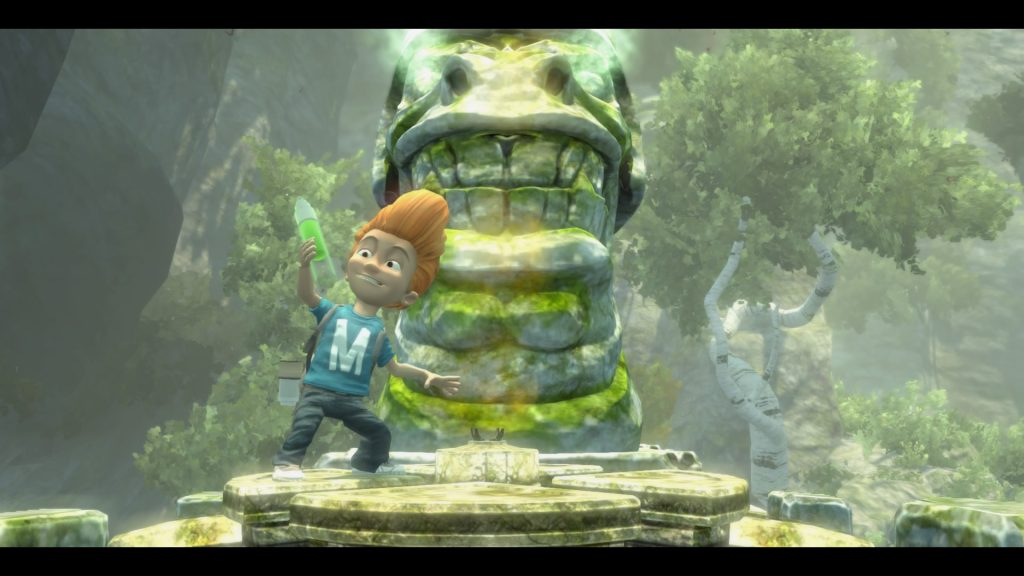 When you identify a spot you can interact with holding R2 brings up a giant pen on screen which you control with the left stick. Pressing and holding the cross button on a spot allows you to drag it out in the shape and size of your choosing. Although not incredibly accurate you don’t have to be, I never found the controls for the pen to be a major hindrance.

The branches and vines become your most common allies and there is a surprising amount you can do with them as everything is physics based so will react as you’d expect. Whilst in pen mode pressing the square button on an item you’ve created allows you to cut it or destroy it. Attach a vine to a branch and cut it at the base and you’ve created a rope. Draw a branch in an arch and cut it off and you’ve made a movable platform/bridge. It’s not the most challenging game in the world but there were definitely some puzzles that had me thinking on it for a reasonably long time.

The other part of the equation is 2D platforming. You’re never asked to be a master and Max has a rather generous mantle ability if you’re close enough to a ledge but unfortunately, being physics based, the precision control you’d expect isn’t quite there. There was the odd occasion where momentum carried me in an unexpected way which can lead to deaths. Similarly there are occasions where you’re moving at pace and there’s no way you can know what’s coming up next and you’ll die which reminded me of the worse parts of ‘Splosion Man. 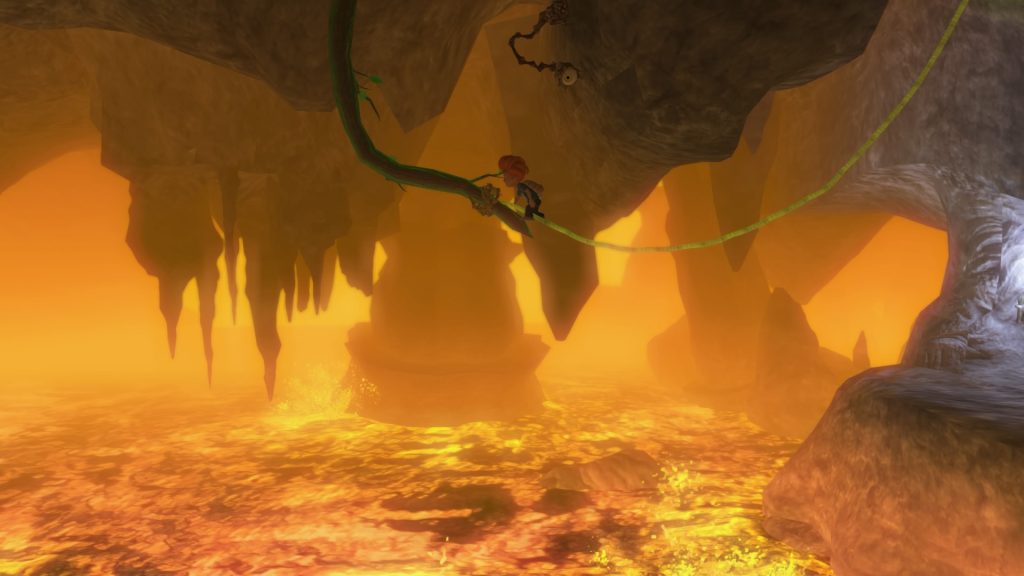 Luckily the game is very friendly with checkpoints with you rarely being put back beyond the part you died on and the respawns are quick. Dying because of the game physics rather than a definite mistake by you is a shame with exactly the same input sometimes yielding varying results but I was never stumped for long and the levels are short enough that you’ll constantly be making progress.

There are twenty-one levels in all set across seven various worlds and can be completed in under ten hours. The visual variety across the worlds is impressive although you won’t be surprised by the environments (there is no ice world, thankfully). The visuals in general are nice with very good art direction and style, though technically textures can look low res which spoils the appearance of an animated film that the game otherwise sticks to.

There are collectibles to find in each level which are usually relatively easy to spot but require a little extra puzzle solving to collect. You can keep track of any you’ve missed on the pause screen and upon completing the game you can use a level select to revisit any levels you wish for collectibles or trophies which is very thoughtful. 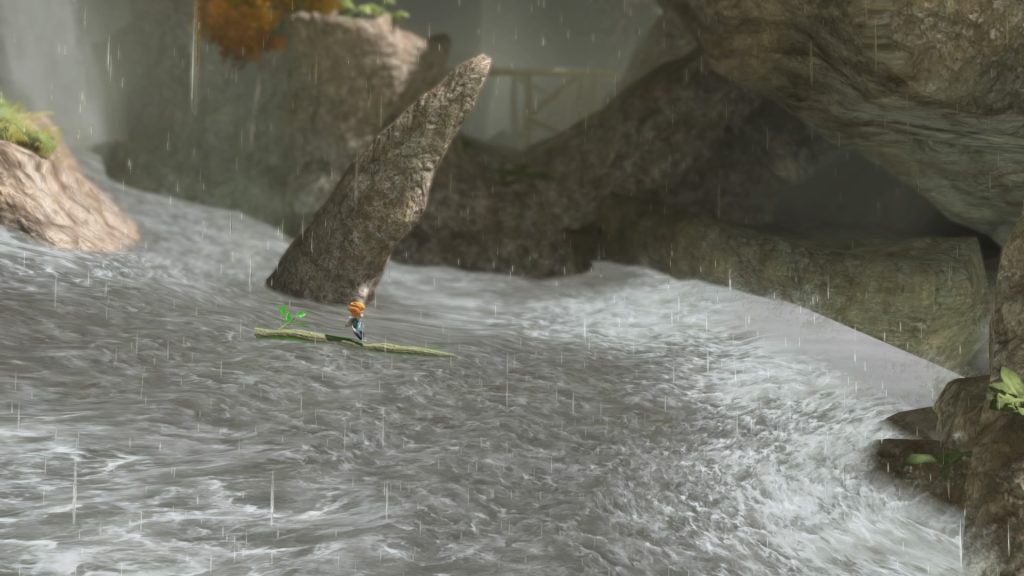 Max: The Curse of Brotherhood was a very pleasant game to play through. Although there are minor issues with the basic platforming and physics based puzzles they didn’t hinder my enjoyment and for anyone looking for a puzzle platformer that’s neither too easy or too taxing, that’s not too brief or overly long, then you’ll find there’s a lot of charm in Max’s adventure.

Max: The Curse of Brotherhood
7 Overall
Pros
+ Pen based gimmick is utilised well
+ Friendly checkpoints
+ Visual style is excellent
Cons
- Platforming controls aren't perfectly precise
- Physics based puzzles can be a little random
- Visuals are let down on the technical side
Summary
Max: The Curse of Brotherhood offers a charming adventure for those looking for a puzzle based platformer that is neither too difficult or condescendingly easy, nor too brief or overly long. The physics engine may throw up the odd problem but the checkpoints are forgiving enough to not cause too much concern.