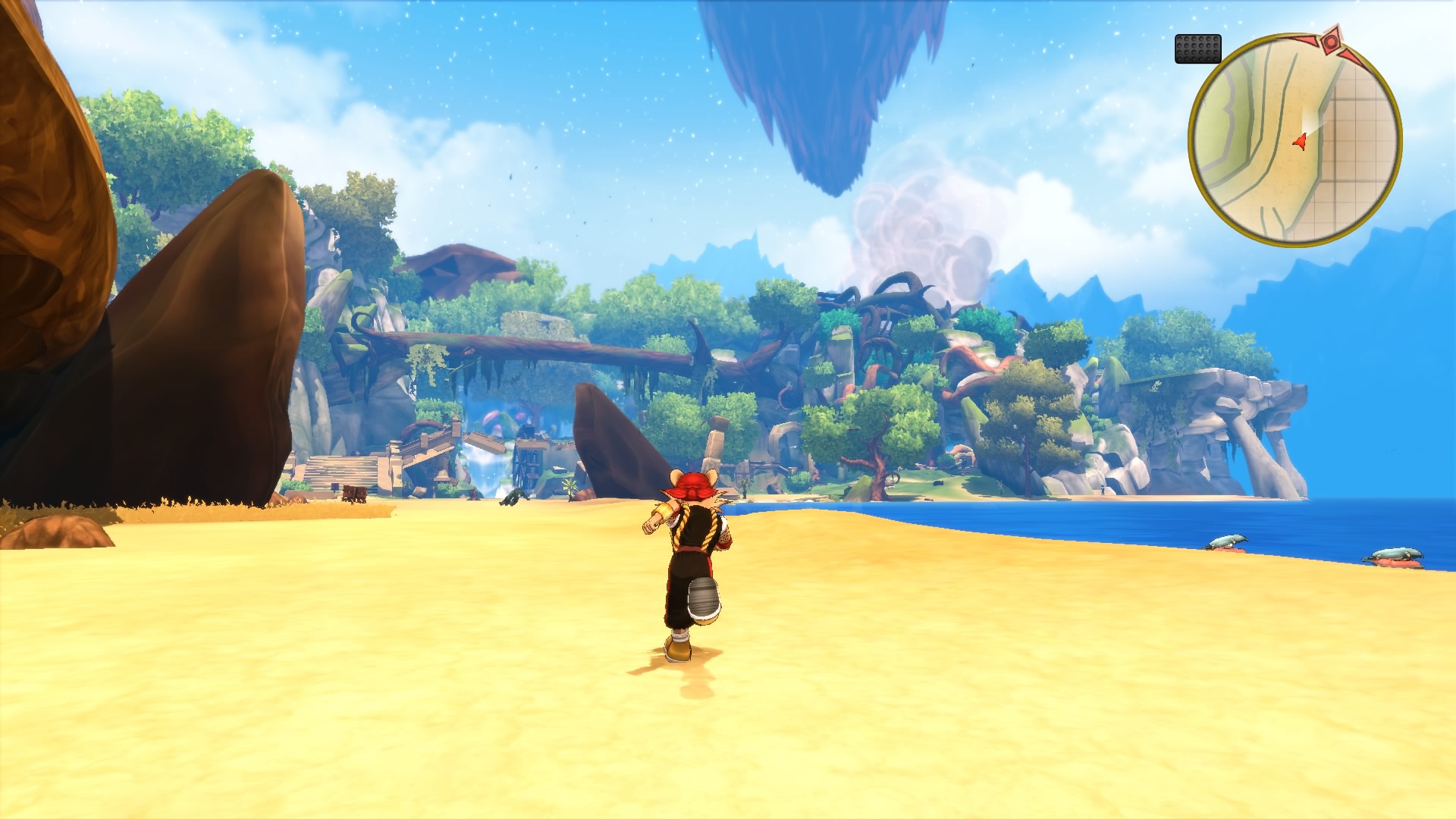 If I were to list game styles which are well represented in the indie scene I’d think of 2D platformers, roguelikes or even racing games.  What I wouldn’t think of is ambitious third person open-world games which blend together the fighting genre with an RPG levelling system.  Welcome to one of the most ambitious indie games I’ve seen, Shiness: The Lightning Kingdom.

From the trailers and the pre-release screenshots you’d be forgiven for thinking this could be one of those mid tier Japanese developed games, it turns out though that it has been made by a small team based in France, which came as a surprise to say the least. Shiness looks lovely, with a cell shaded style and bright and bold colours.  Couple this with some effective, if simple, music and the whole thing starts to feel pretty good.  The character and world designs are great and it all feels consistent and stable.  Whilst the visuals and audio make this feel like a higher tier game, once it starts it is easy to see the areas where maybe it doesn’t achieve all it sets out to do. 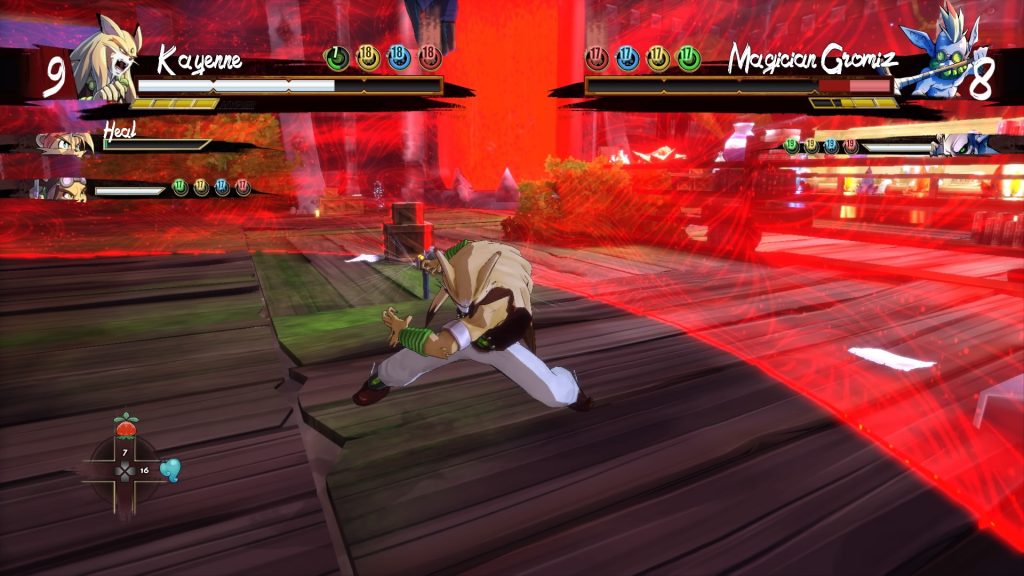 Shiness tells the story of a group of anthropomorphic creatures and their travels and escapades, there is more to it but to be honest the story left me cold and I stopped paying attention. What makes the story hard to follow is that the characters you play and interact with are all pretty bland and forgettable, I’m hard pressed to remember much of their backstory but I know one of them is a short chubby geek of sorts, one is an older more dour chap and one is a feisty teenage type. So far so generic.  The story is by far the weakest element of the game and isn’t helped by plodding text and the use of loads of unfamiliar words.  I get that Shiness isn’t based on Earth but often it feels like the game goes out of it’s way to use made up words to describe things, I found it all a little hard to follow and engage with.

As an RPG Shiness busies itself with lots of the genre staples such as fetch quests, hunting, exploring the environment for secrets and dungeon crawling.  There is a lot of fun to be had just running around the environment mainly due to the great art design.  The environments are decently sized and wrap round on themselves in interesting ways to gate progression through simple puzzles.  To complete these puzzles you’ll need to use character specific skills, and whilst these aren’t truly challenging they are a nice variation to play style. I’ve two main quibbles here and they are that the controls can feel a bit loose with jumps in particular feeling a little floaty, and the fact the environments do end up feeling a bit empty. 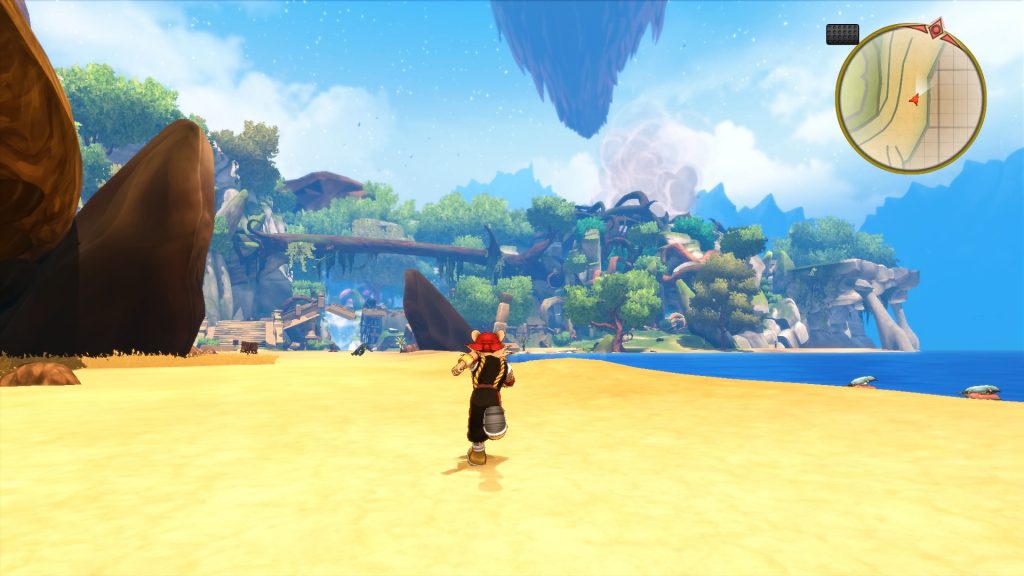 Whilst the exploration and puzzling in Shiness feels easy and, when coupled with the art style, aimed towards the younger market the combat feels anything but. Combat is heavily influenced by the beat-em up genre and is markedly more difficult than the rest of the game.  You can initiate a fight by walking into an enemy which are visible as you explore. Initiating combat will see a circular barrier drawn round you both which acts to keep combat contained within a defined space. To the games credit the combat does genuinely feel like a beat-em up, however I remain undecided if this choice to merge genres remains a good one, as to my mind beat-em up players don’t always cross over with RPG players and the two skill types are very different ones to master.

Once in combat you’re faced with a one versus one affair. If you are attacking multiple enemies, when one is defeated it will switch out to the next one, something you’re also able to do. In combat you have access to both magic and fists, magic is affected by the colour of the light barrier round the arena and you can replenish your magic stock by drawing power from the barrier. When using your fists there is a full on combo list to learn; including limit breaks, counters and parries.  There is a great deal of depth to the combat here and instead of gaining new weapons, as you may in other RPGs, you can instead learn new combo moves.  Button mashing will only get you so far and the enemies are quick to punish rash moves, with a lack of auto save a defeat can set you back until your last manual save. 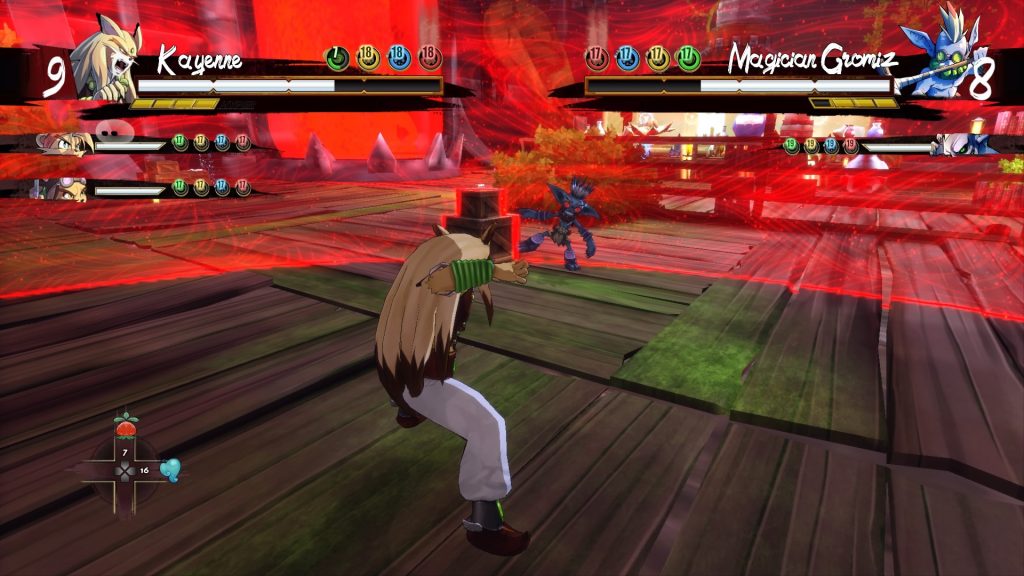 The difference in styles between the exploration and RPG elements of Shiness really sit at odds with each other, and I’m not wholly convinced the two styles work well together. This is a shame really as if they were stand alone games then I could easily see each one working pretty well.

What we’ve got in Shiness: The Lightning Kingdom is an action RPG with a split personality which may not appeal to either kinds of gamer.  There is a joy in the simple and easy adventuring aspect here, but the difficult and deep combat works to undermine this. Whilst it looks lovely these visuals will only get you so far, and before long the forgettable plot and generic quests stop this from being a truly memorable game.

Shiness: The Lightning Kingdom
7 Overall
Pros
+ Great visuals and art
+ The combat mechanics are deep and well implemented
+ The RPG exploring parts of the game are light and enjoyable
Cons
- The hard combat and easy exploring sit uneasy together
- The plot and script are forgettable, bordering on rubbish
- The quests feel derivative and generic of other games
Summary
Shiness: The Lightning Kingdom is an action RPG with a split personality. There is a joy in the simple and easy adventuring aspect here, but the difficult and deep beat-em up inspired combat is a startling step change. Whilst it looks lovely these visuals will only get you so far, and before long the forgettable plot and generic quests stop this from being a truly memorable game.