Schacht is a third-person time-trial platformer that comes to us by way of German developers GuriGroup and for an indie effort it’s unusually slick, especially given that this was essentially a student project and comes from a small team.

There’s no plot to speak of and the title doesn’t hint at much either (I think it’s German for ‘Shaft’).  Instead, you just have the simple concept of getting from point A to point B on a linear track and you’re on foot.  Sounds simple enough except that the track is made up of floating platforms and they are all basically debris in space.

You have a relatively simple moveset.  You run with the left stick, jump with

and disable barriers with

.  A series of tutorials teaches you what you need to know and then you’re onto the main game.  However, the menu reveals that there is no campaign.  Instead you have ‘challenges’ and this option allows you to access random tracks as well as daily, weekly and monthly tournaments on pre-selected tracks. 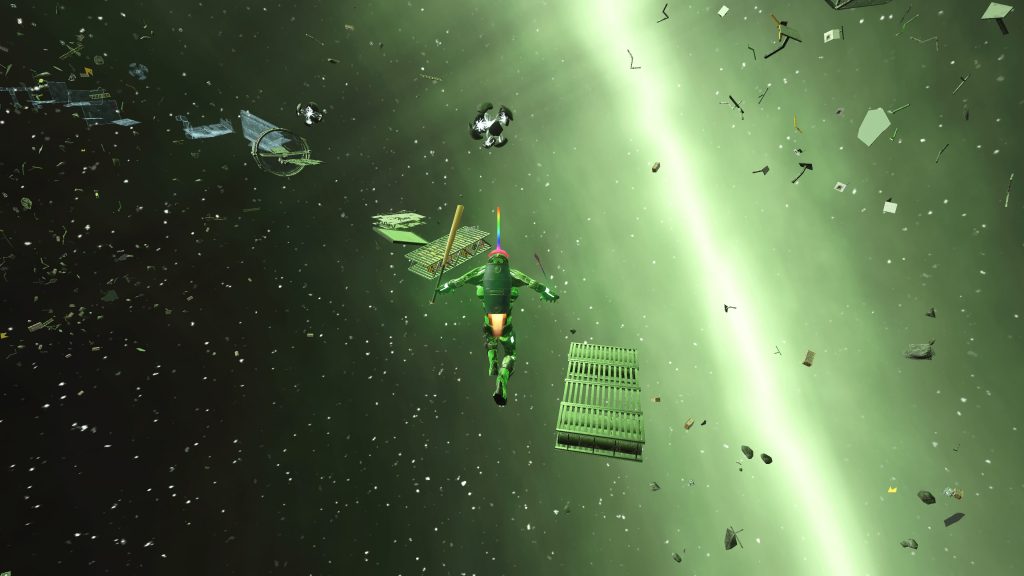 The game offers billions of tracks.  Well… in theory.  There are 150 track segments and these are used as building blocks to form the tracks.  There will be platforms to jump on, traps to avoid, grapple points to swing from, walls to run on and checkpoints to run through.  So really these tracks are all variations on the same them and while it’s nice to have lots of content, after a while it all feels pretty samey.  You can save your favourite tracks but what makes you feel warm and fuzzy about track 789382132 rather than 524823721?  The game does name these tracks by combining nouns and adjectives together but it doesn’t it doesn’t create an illusion that these are lovingly crafted tracks.

On some tracks, everything flows.  You jump, dash and swing through the levels elegantly and the game feels great.  But on other tracks a sequence of tricky jumps can kill your momentum.  A playtester at this point would say ‘yeah, this track is rubbish’ but you can’t playtest billions of tracks. 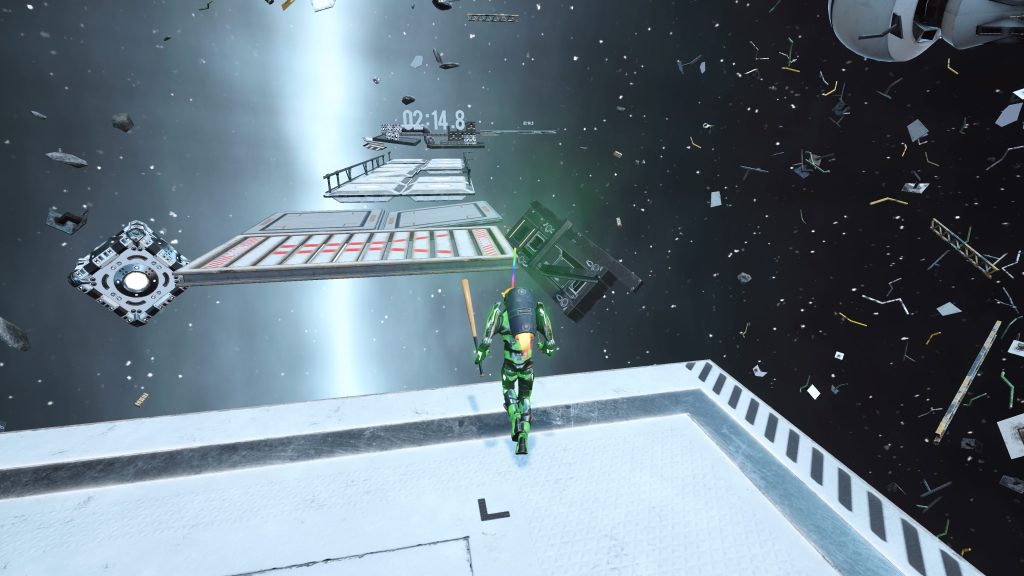 No individual jump is ever too difficult but if the game puts together four or five tricky ones in sequence without a checkpoint, that track is just going to frustrate you.  However, if you’re a top tier player, your mileage will vary.  Much like Trials HD, you’ll hate it if you’re rubbish at it but if you like it, you may end up hopelessly addicted.   That said, you aren’t racing on well-crafted tracks and so really the only time you skills matter is when you play those tournaments and that’ll only matter as long as people are playing the game.

So for a while there I was so busy being annoyed by the structure that I wasn ‘t really enjoying the game but with a little persistence, the game does click.  Schacht is a game that doesn’t so much reward practise but rather demands it.  It’s not the Dark Souls of racing or anything, far from it, but to enjoy it you have to flow and to flow you need to get your observation skills and dexterity up to a certain level. 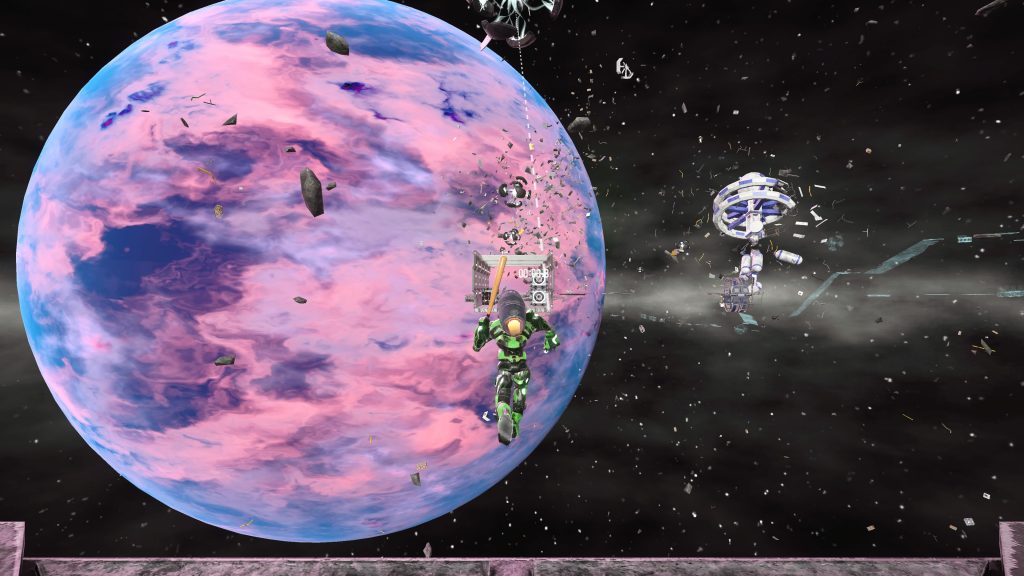 What is odd is that for a game set in space, you are pretty heavily affected by gravity.  Miss a platform and you’ll fall to your death (incurring a time penalty) and to be honest your basic jump is actually pretty limited too.  If this was set in a factory or something, that’d make more sense.  However, it does allow for some nice spacey backgrounds (spacey as in ‘set in space’ not pictures of the allegedly predatory actor).  The game supports 4K and HDR too so it all looks pretty sharp and clean.  That said, it’s still a fairly sober aesthetic.  Especially when you add in the fairly generic soundtrack which is just by-the-numbers electronic music.

To its credit, Schacht is still technically very proficient and can be fun to play.  In fact, it’s actually pretty addictive.  I’ve been finding myself playing it for long sessions and when the tracks aren’t conspiring to annoy me, I’m enjoying it and perhaps the faults I’m finding are as much to do with the sheer potential the game has as much as GuriGroup’s lack of experience.  I’ve never programmed anything more advanced than a ZX Spectrum but it seems pretty obvious that a campaign mode with the game’s best twenty or so levels would be a great idea.  And while the clean sci-fi aesthetic is certainly elegant, the game could really use a more dynamic soundtrack and just a bit more in the way of excitement because right now it’s just a little too cold and clinical for its own good.

Summary
Schacht's cold presentation and inconsistent levels conspire to spoil what is an otherwise technically solid game but is sure to be a favourite for those players who master its mix of platform jumping and racing action.