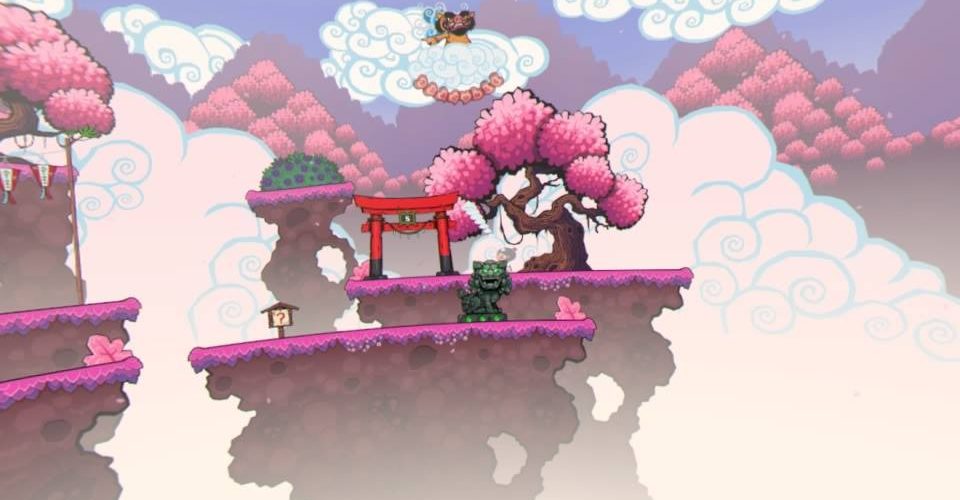 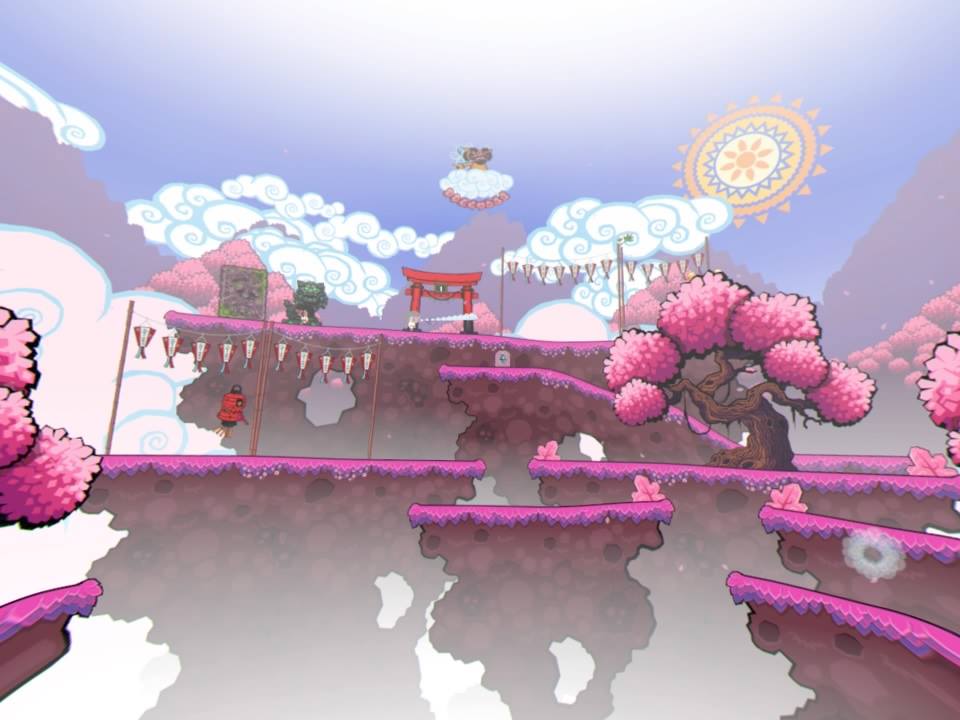 I have often found it difficult to justify the idea of 2D VR games in general. On the surface it seems to be a bit of a waste, considering that you have a perspective that is better suited to first person experiences. Restricting your vision to a side-on view can make you feel more like a witness than a protagonist, but in some cases, this could work and a few developers have certainly tried to make it work. The last perspective mixture of this type was Bloody Zombies which was flawed but overall an interesting experiment of this ilk, Pop-up Pilgrims is the latest to try this and while it may not be the best justification for VR, it is certainly not without merit.

Gameplay wise, Pop-up Pilgrims is a 2D puzzler that takes more than a few cues from the likes of Lemmings. The titular pilgrims venture from left to right, hopping between platforms that exist on overlapping tiers that make up the back, mid and foreground respectively. It is your job as the cloud god to guide them to safety; coercing them to dodge enemies, hop over gaps and collect items that litter the screen. You do this primarily by focussing your gaze at the pilgrim you want to manipulate and then pressing a button to make them jump or utilise an ability to help them progress. Other methods of allowing your pilgrims to traverse each stage appear as you make your way through the 60+ levels that await you, including switches that move platforms around the screen, tributes that give the cloud god the ability to leave remote commands and more. 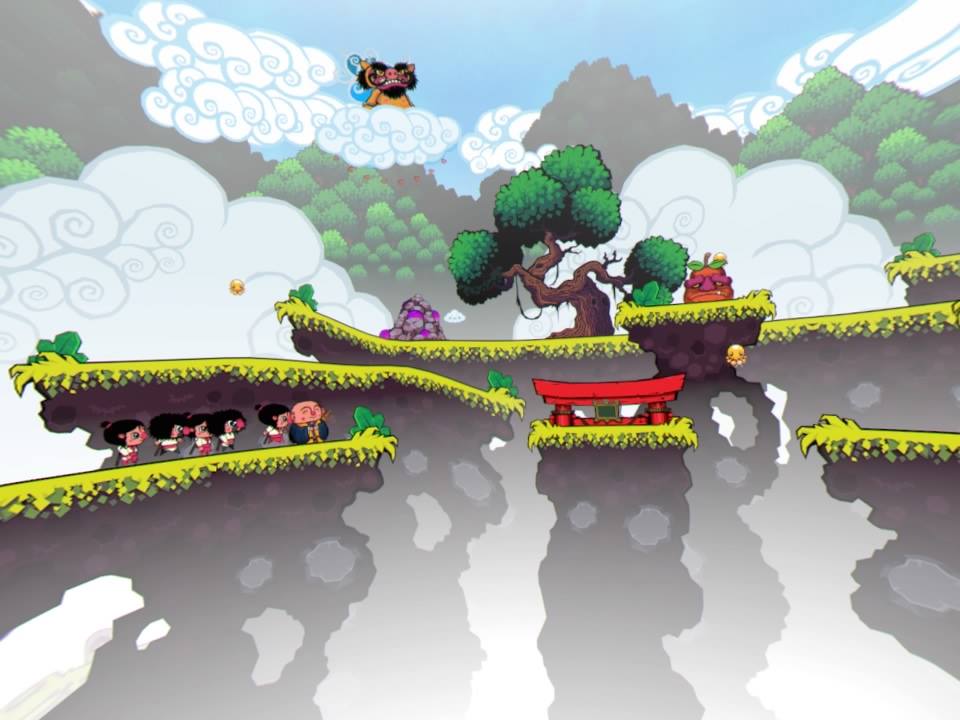 It’s all simple enough and the only real sticking point is that sometimes the control method of fixing your view on a pilgrim can be bit finicky. This is due to the cloud reticle snapping to whichever pilgrim is closest, this only becomes a problem when you are dealing with groups of people, particularly when you need one holding a key to make a jump over a ravine. As while aiming directly at a pilgrim will highlight them, when you move your head so you can aim a jump you will sometimes find that the auto aim will select the wrong pilgrim which could easily end up with them being killed.

One of the most interesting aspects of the game is that between levels, the number of pilgrims you save in one is the same amount of them that you start within the next. This gives the game an interesting dynamic that encourages players to improve their chances in later challenges by revisiting older levels and bettering their outcomes. Each level requires a certain score to be passable, with gold, silver and bronze awards being rewards based on the amount of points you have earned, like most three-star reward mobile games on the market. You could still quite easily advance through the game by keeping one pilgrim alive and earning your points by collecting the eight gold squid to scrape by with the minimum score required, but you would have to suffer the caveat of only having one pilgrim and one mistake to make before you have to start a stage all over again. 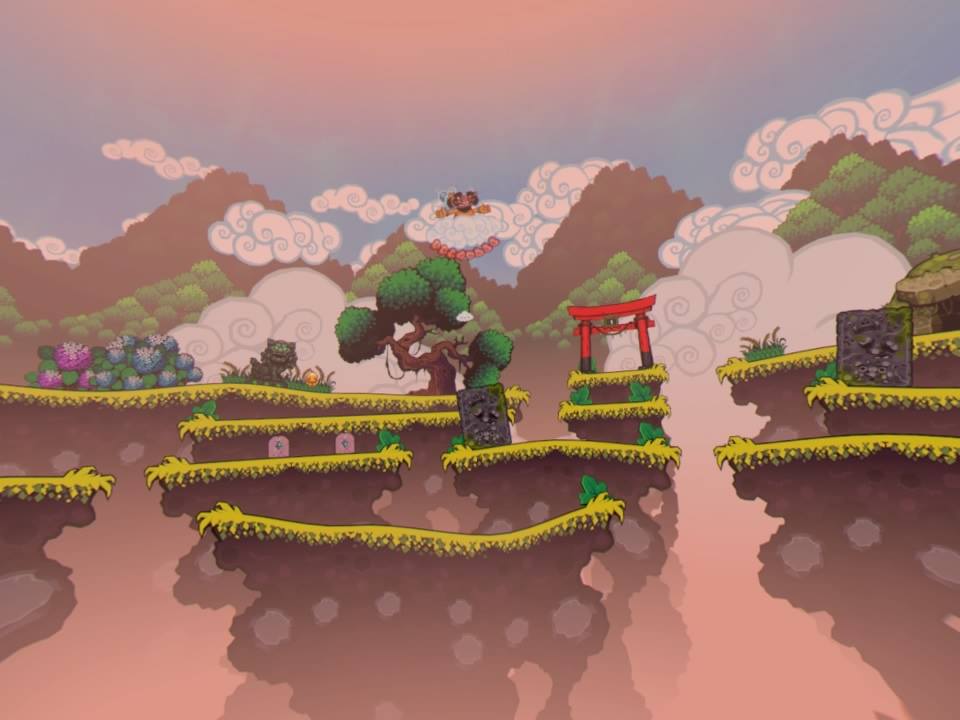 Flanking this novel idea and possibly the most arresting thing about Pop-up Pilgrims is the aesthetic. While your view is fixed on a 2D plane, the overlapping platforms and world in general emulates the look of a cartoon pop-up theatre beautifully. Everything about the look is vibrant and clear to see with each stage allowing you to look from left to right to take everything in. The physicality of surveying the area and taking action to guide the Pilgrims to safety is again simple but offers a sense of urgency to the game, while the ability to move your head forwards and back either lets you zoom the action in/out so you can see where your Pilgrims are or allowing you to peak behind obstructions from one platform to the other.

While the VR aspect to Pop-up Pilgrims isn’t the most revolutionary part of the game, it keeps within the overarching game theme by being a simple and effective addition in a game that’s all about being simple and fun. While it may not be the most taxing experience and will be short-lived for most, it remains as a fun distraction for the VR platform, which is something that PSVR could certainly do with more of.

Pop-up Pilgrims
7 Overall
Pros
+ Simple to learn
+ Beautiful cartoon aesthetic with the pop up paper style
+ Interesting performance based mechanics that encourage replays
Cons
- A bit too simple once figured out
- Very little justification for the VR perspective
- Slightly awkward controls
Summary
Pop-up Pilgrims may not be the best showcase of VR technology but there is no doubt that the aesthetic style benefits from the perspective. It is not only gorgeous to look at, but beneath the graphics is a simple yet genuinely inventive game with some great ideas.