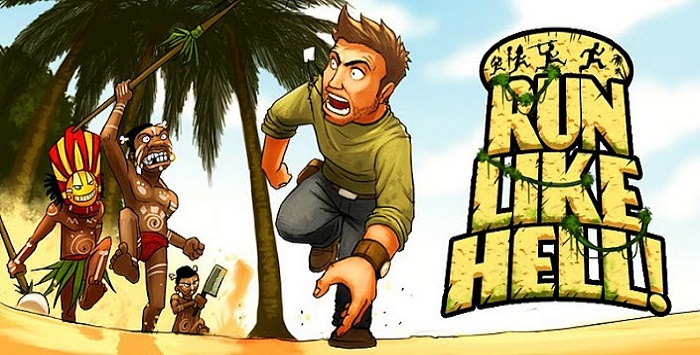 The basics of Run Like Hell! are that your character runs from the left to the right of the screen automatically and the only inputs you have are jump (hold longer for a higher jump), slide and an adrenaline boost to speed you up.

You have to use these to evade obstacles, trying to stay ahead of some tribesman (you’re stranded on a desert island with cannibals). If you fail to smoothly navigate the obstacles you slow down, if they catch you it’s game over, if you make it to the end of the stage then you get to move on. 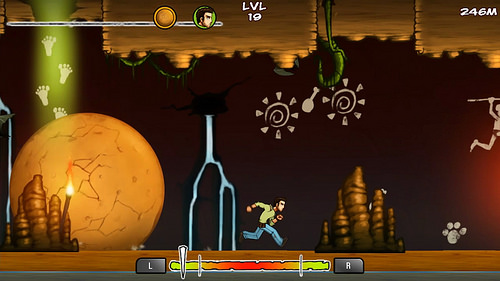 That’s the ‘story’ mode anyway, which took me around an hour to play through the 33 levels. There is also an endless mode where you just have to get as far as possible before getting caught, and some online modes – a four player versus race, a one and one race, an eight player knock out tournament and a daily challenge mode where you try to set the best time on a certain stage. If there’s no one else online bots fill the spots so the mode isn’t defunct.

If you do pick the game up then you’re mostly going to be playing online unless you enjoy playing endless mode over and over to better your score. Luckily the online is quite good fun. You all race at the same time and it’s just first to the finish wins. The opening section can be a little difficult to see your character in amongst the group and there are power ups littered around that can stop or slow your opponents so the leader always has an advantage but a single mistake can mix up the pack. Unfortunately thanks to its free to play roots you can buy a speed boost and a shield (to block a single power up attack) before a race, which isn’t really fair. Especially as you can buy in game currency with real money. 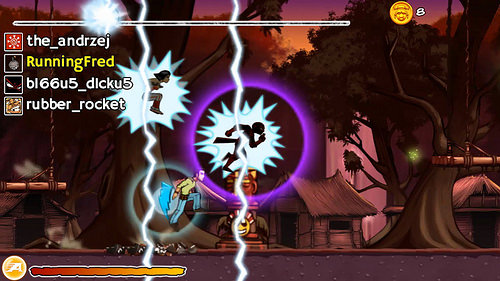 Otherwise you earn money from winning, collecting it in the stages or completing in game achievements (jump a certain amount of times, come first three times in a row online, that kind of thing). There are characters to buy with your coins as well, and the later ones are super expensive but they’re only cosmetic.

Run Like Hell!
4 Overall
Pros
+ Controls are responsive
+ There's some skill involved
+ Fun online
Cons
- Low budget presentation
- Little content
- Pay to win
Summary
Run Like Hell! looks like a free iOS game, plays like a free iOS game, and if it continues to be free on Vita then I can see there being some enjoyment in the online mode if nothing else, but if you have to pay money for it then I'd...run like hell! Sorry.