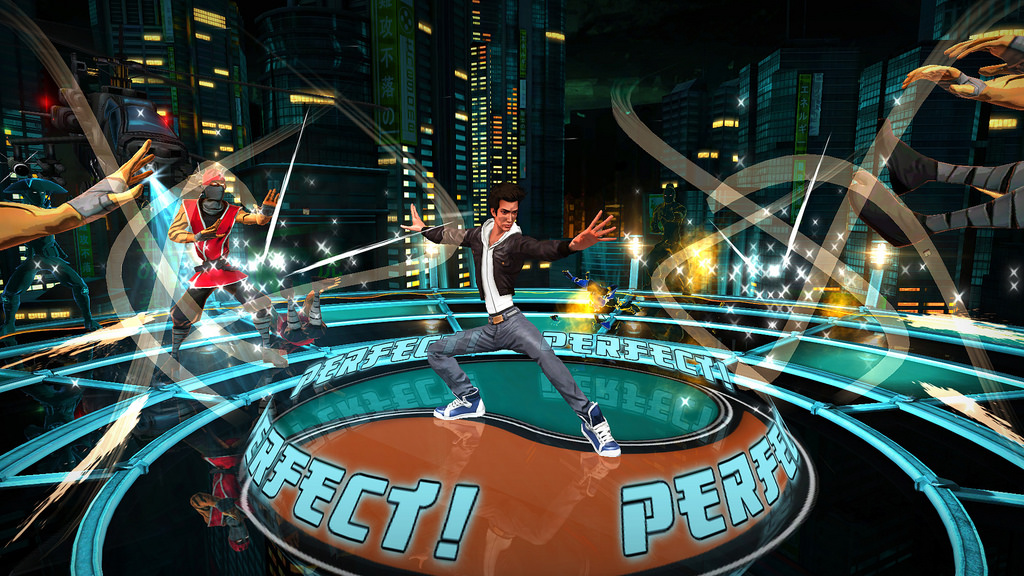 As some who dabbles with mixed success in music and fighting, a game that combines the two should be right up my alley.  Kickbeat attempts to do that by using beat matching gameplay in a brawl setting.

You play as Lee, or later Mei, who stands in the middle of each level (unless replaced in boss battles) and fights wave after wave of baddies who walk in quarter circles around him and strike on the beat of the music.  Hit the button that corresponds with their direction (triangle for up, square for left etc) and you counter-attack them.  Hit that as close to the beat to increase your score. 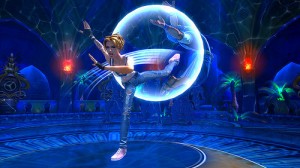 The system is very simple with less controls that other rhythm action titles and the only complexity comes from activating power-ups (hit the enemy that carries them twice), hitting two enemies at once or the occasional enemy that requires you to release the attack button on the beat rather than press it.

However, the game itself is balls hard.  Aside from the speed of the gameplay which can get very fast and very confusing, an additional layer of difficulty comes from the visuals themselves.  While the game shows you what to press with reasonably clear symbols on the ground around you, the enemies can obscure these and you also have to watch them to judge which beat they are going to attack on.  As soon as the action hots up (which is basically right away), everything kind of goes to hell. 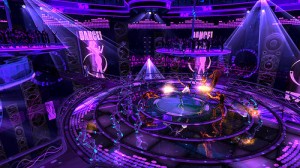 Clearing the levels isn’t the problem.  It’s tricky but doable.  The issue is scoring.  Getting anything like a good score is incredibly taxing.  If you had the same beat patterns but presented in a better way, I could no doubt do them but with all this visual fuss going on, it just becomes overwhelming and while the screen information is far from useful at the best of times, ‘Master’ difficulty does away with it entirely, making the game borderline unplayable in my not as talented as those who disagree kind of way.

Aside from being too hard for its own good, the gameplay is also very repetitive with over twenty stages of samey action.  The different songs do very little to mix up the gameplay and are an odd selection anyway featuring as they do a range of nu-metal and hip hop tracks from ten years ago.  If I wanted to hear Papa Roach I’d have committed myself into some sort of asylum by now. 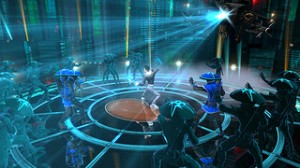 Would rather play Way of the Exploding Fist to be honest.

Although the action is cluttered on screen, the game does have a clean, cartoony look to it.  It’s not even beginning to push the PS4 and this game could have easily been made for the PS2 and ultimately feels like an Xbox Live title for the 360.  At best.  The plot is some nonsensical kung fu bullshit as well but I don’t tend to bother with plots ever anyway.

It’s a shame really.  I like a good rhythm action game and have played, and enjoyed, several over the years (especially Parappa The Rapper which badly needs a PS4/Vita version) but this is too joylessly difficult to recommend unless you’re a nu-metal kid with frankly frightening beat-matching skills.