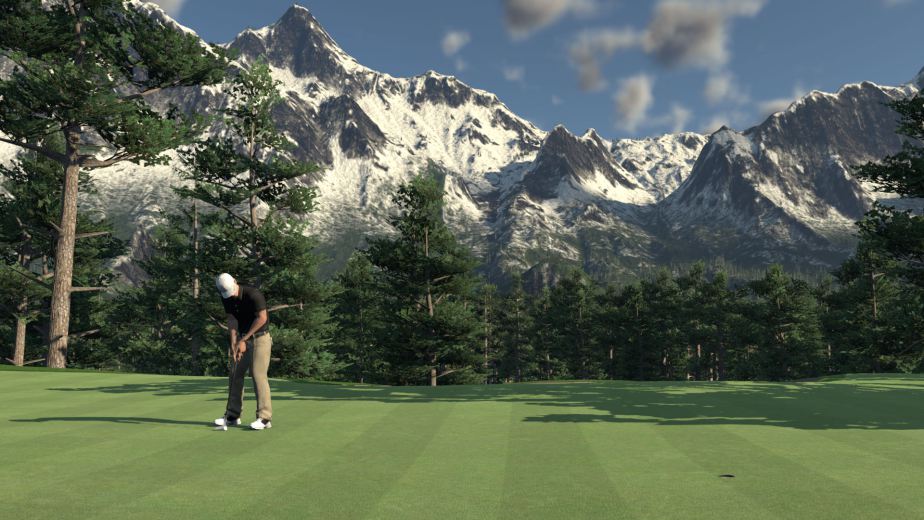 Perennial sports game developers, HB Studios, arrive with downloadable golf sim that aims to cater for a wide net whilst boasting a plethora of community aspects.  But will it make the cut?

They certainly aren’t lacking experience and the former EA associates were already working on Tiger Woods PGA Tour 15 when that project was cancelled. 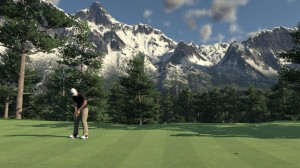 A golfer. What else can we say?

The Golf Club, a Unity developed, self-published title initially opens coldly by throwing you into the customary EA-styled tiled main menu with simple options such as quick start, single round and tournament options on specific developer or community made courses.

This one’s for mah pa!

As accessible as it wants to be, this is an auspicious start.  Once you hit the course it becomes a lot more helpful.  It’ll pick suggested clubs for you and give you plenty of feedback on how you should strike.  Nailing a drive feels really satisfying and an audio caddy will comment on your shots appropriately  He’ll repeat lines fairly quickly but he’s fairly accurate.  Putting provides the usual terrain grid and the golf you play is very much without fuss and brisk.

There’s not much to say about the sights and sounds of The Golf Club.  It looks and sounds like a golf sim.  Presentation is simple and straight-faced. The developer courses on offer seem varied and give you plenty of new locales to practice on.  Hopefully this can be bolstered by a prolific community and a supportive developer.

The procedural course-generator is a good way to create something quick whilst giving you the option to fine tune holes.  Created courses also get similar billing to the developer ones so at least they’re pushing them as much as their own.  Multiplayer can be handled locally or online with up to four players.  When you start a round the game will select rivals for you to compete against or you can invite friends.  Everybody plays simultaneously so it can be interesting to see opposing balls fly into view when lining up a put.  It seems a fairly fluid way to handle it.

All things considered, this is a neat low-fat sim and platform that gives golfers of varying ability a functional game to play by themselves and others.  An active community could give this game serious legs.  It’ growing on me.

The Golf Club
7 Overall
Pros
+ Moves at a swift pace + Satisfying gameplay + Seamless integration between online and single player + Passive aggressive caddie commentary
Cons
- Assumes a lot of new players - At the whim of its community?
Summary
The community is pulling through for this and, as a result, its a solid sim I return to from time to time. Its satisfying to get a round in full of little victories and missed opportunities and the amount of courses on display show a true commitment from the fanbase. This might be the only golf game we get for a while. Thank goodness it's found the green.
We use cookies on our website to give you the most relevant experience by remembering your preferences and repeat visits. By clicking “Accept”, you consent to the use of ALL the cookies.
Cookie settingsACCEPTREJECT
Manage consent