We recently reviewed Project Starship, an entertaining vertically-scrolling shoot ’em up from Panda Indie Studio.  It was visually quite unique, enjoyable and a little too easy.  That could definitely all be said for Red Death, the next game from the same studio.  Indeed, we could tell that this was from the developers right away.  That’s not to say that the games are entirely the same though as each game does have its own strengths and weaknesses.

The main thing to know is that this is a vertically-scrolling shooter too.  Where Project Starship had lots of power options, and some crazy sound and visuals, Red Death is a little more staid.  Here you move with the left stick and shoot with the

button.  You can slow your movement with the shoulder buttons (useful during some boss battles) and you have an ‘overload’ meter that you can cash in with

when it is full and you’ll get a big, but temporary, boost of firepower.  You move around the bottom of the screen and shoot enemies who generally show up from the top or sides of the screen.  At first it feels pretty basic.  The early enemies are very basic in design and they throw just a few bullets your way. 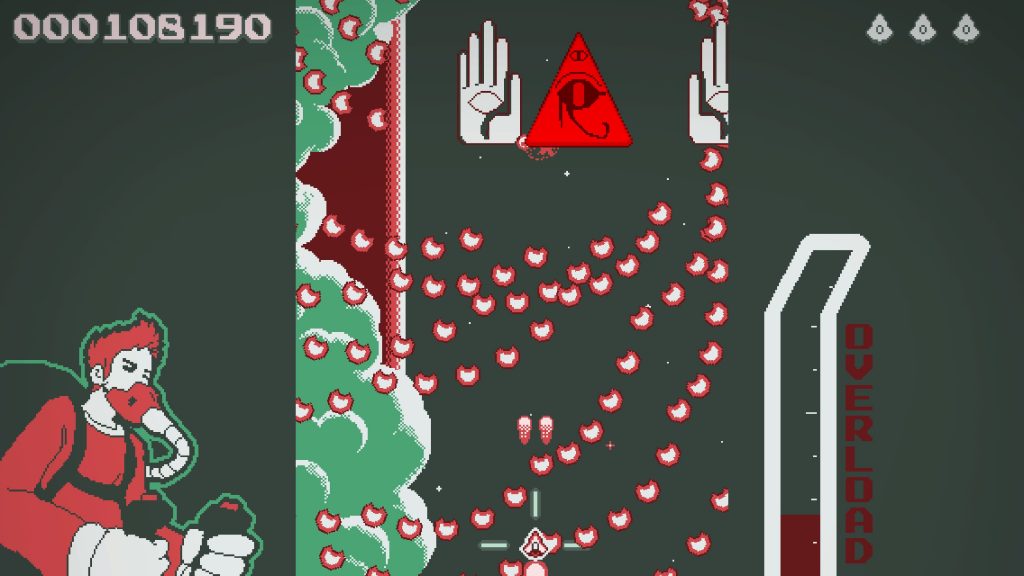 However, the challenge does ramp up.  Now initially it kind of feels a bit unfair.  Death can come from any direction and at speeds that you can’t react to, but each level is pretty short and so getting back to where you got your last ‘game over’ doesn’t take long and you’ll eventually figure those sections out.   This makes Red Death very satisfying to play.  I initially thought I’d never get past level 2, especially because of its multi-form boss, but by the end it was a formality and it was level 3 that was the next problem.

The game only has four levels and so this isn’t a long game at all and while it can seem like an insurmountable challenge initially, players with a bit of skill and dedication will get this game beaten in an hour or two.  That’s the main problem here.  To add some extra life, the game throws in an ‘arcade’ mode which takes sections of the main campaign and feeds it back to you in a more random fashion but with less power-ups.  It’s not very well executed though as I was getting end of level bosses repeating on me, so it doesn’t feel like a remix but rather just a poorly considered procedural generator.

The power-ups either beef up your main gun or give you a very useful laser or a less good missile system.  Once you get onto the lasers, that’ll be your main key to victory here.  It’s a shame that there aren’t more creative weapons to get though, especially as Project Starship was really good in that respect. 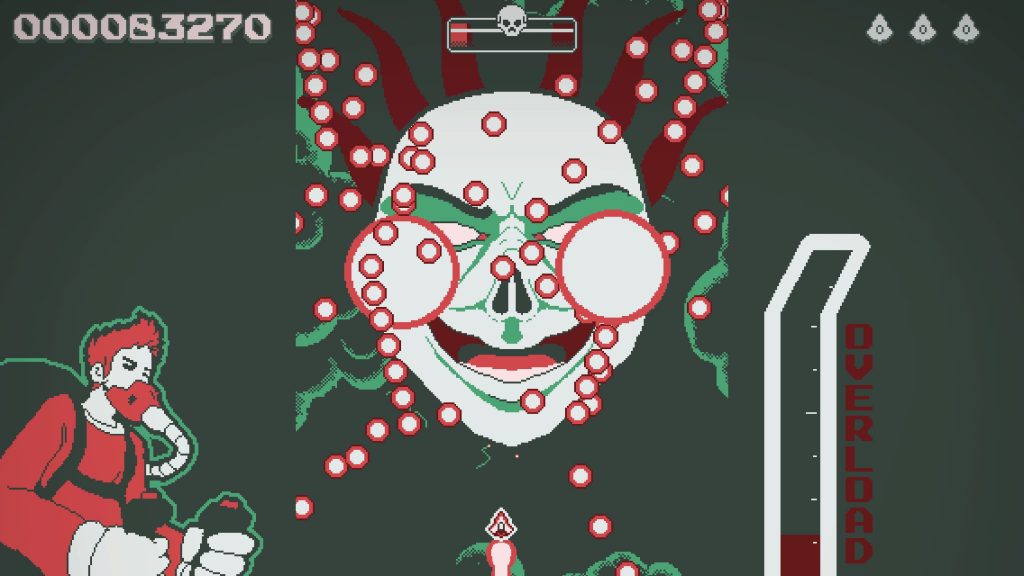 Another concern here is the presentation.  Where Project Starship looked mad and had fantastic music, the soundtrack here isn’t all that good and the visuals are in a weird four-colour palette.  If you ever played really early PC games, it’s basically like that and this creates a problem I’ve not seen since playing shoot ’em ups on the ZX Spectrum.  Predominantly the colours used are red and white which leads to a lot of visual problems.  The backdrop is usually white (with grey or green detailing) and you, the enemies, their bullets and things you have to collect are all red.  That’s a recipe from visual strain and ‘what killed me?’ moments.

The reduced palette doesn’t confer any benefits.  The resolution is low with lots of chunky pixels and not much detail.  So it doesn’t look good and it doesn’t help the gameplay which means it really has no utility.  It’s an odd design choice. 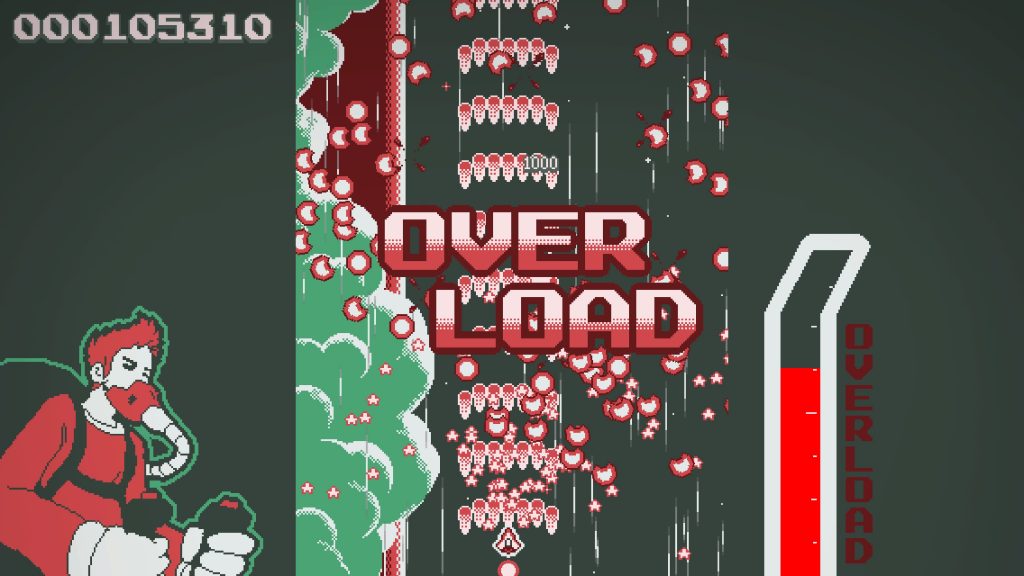 This review probably reads as being quite damning so far but I really enjoyed it.  Not at first.  Initially we were unimpressed and then we were frustrated by the instant deaths and seemingly unfair second level and its boss battle but as we made progress we really began to enjoy the game but then it was over, leaving us feel empty just as we started to really get into it.  One problem at the end though is that there’s an unskippable chunk of story right before the final boss which is frustrating when all you want to do is get on with the fight, especially when you’ve gotten close to beating it and have died.

Anyway, that’s Red Death.   The presentation and brevity of the game are real issues but there’s a good thirty to sixty minutes in there if you like shoot ’em ups, no matter how basic they might be.