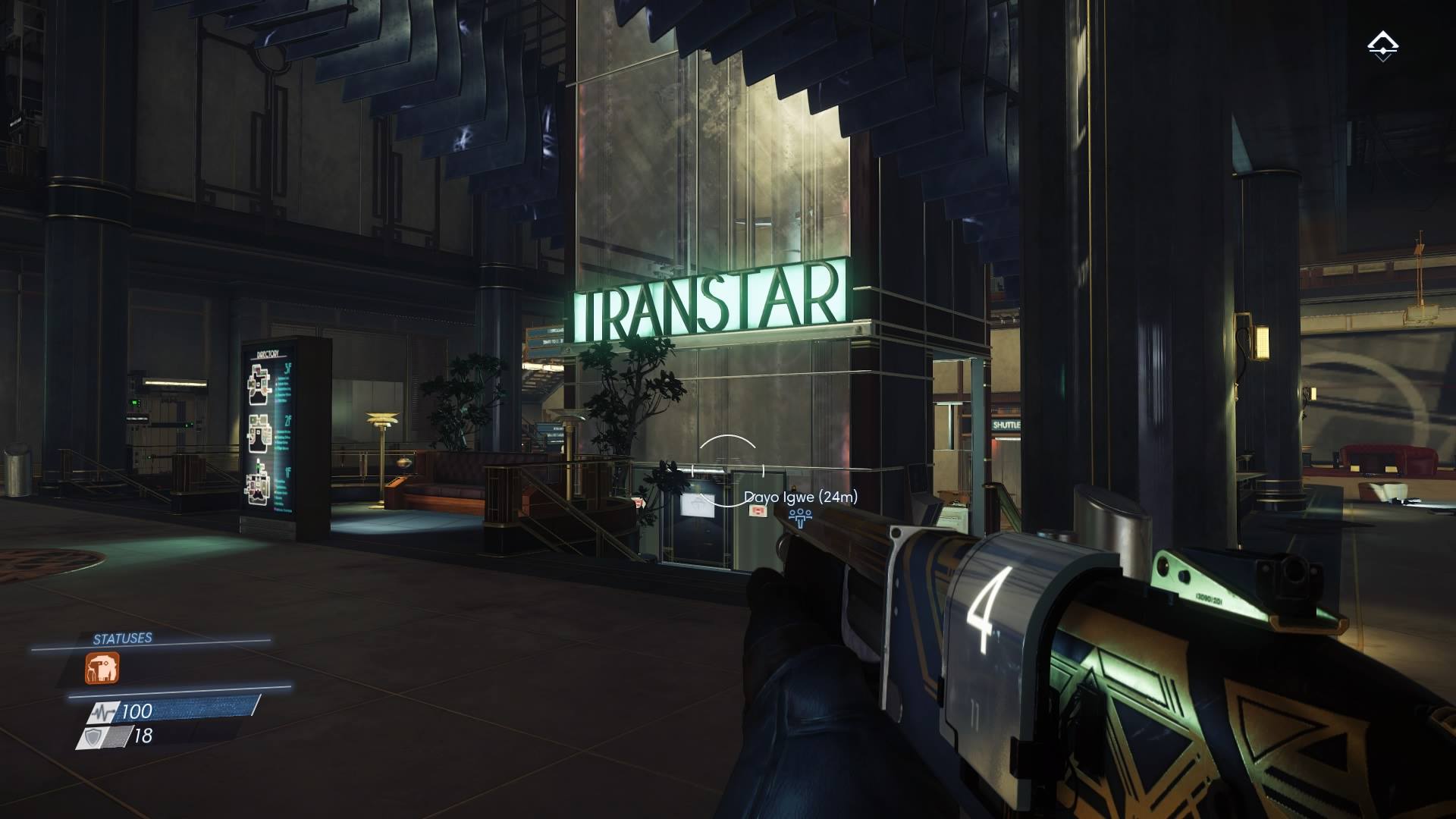 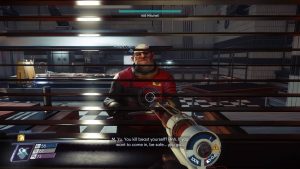 For a franchise with only two titles to its name, Prey is one of those with a strange and troublesome saga attached to it. The first title was a classic case of development turbulence, with plans for the original Cherokee tinged shooter stretching back to 1995. It took just over ten years for the game to make it to shelves and amazingly, in the end it actually held up to the lofty expectation.

Following on from the strong example that Doom 3 provided a couple of years earlier, Prey 2006 focussed on atmospheric scares in a Sci Fi horror setting. The game even featured some aspects that would influence later games like Portal in terms of puzzling mechanics. The most memorable part for me though was the strong impression it made from the off, with the main character being abducted by aliens with Don’t Fear the Reaper setting a backdrop on the jukebox.

After the strong beginnings, many would look to the future and a couple of years after launch we caught a glimpse of Prey 2. Only this time things were different, gone were the native American themes of the original and in was a Sci Fi heavy bounty hunter title. It looked utterly fantastic in all the ways that pre-rendered footage does. But ultimately it was overly ambitious, a fact made ever more apparent when the series was put on hold. That was until Bethesda got their hands on it. 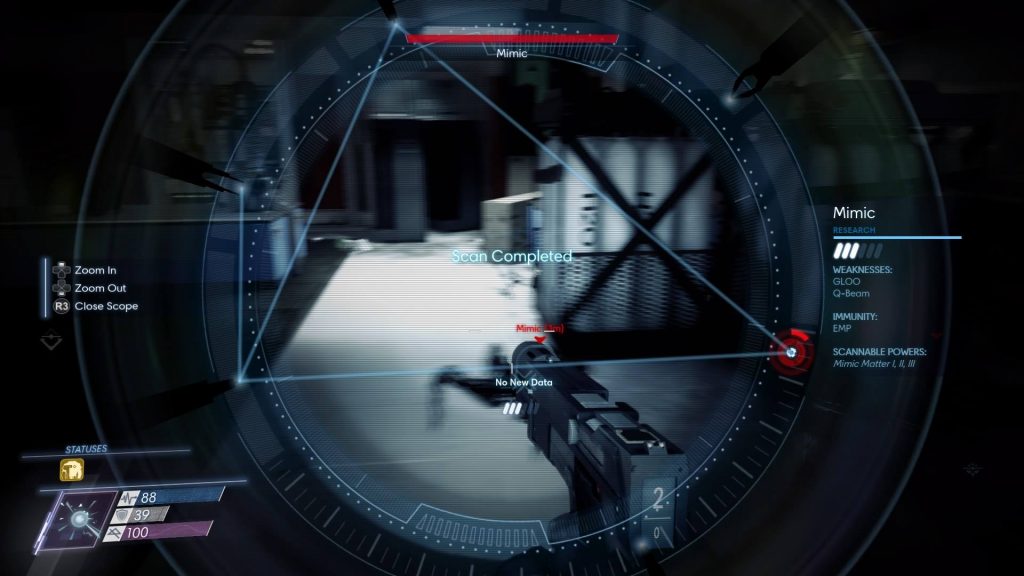 The only cursory similarity between the Prey 2 we saw in 2009 and the annoyingly named reboot that we got is that this has little if nothing to do with the original or the proposed sequel. Although one constant remains, the Sci Fi theme is still present and ready to captivate in the form of Talos I, a scientific space platform which is being used to research alien technology. This setting comes with the additional ‘What if’ scenario of how far spacefaring technology would have gone if John F Kennedy hadn’t been assassinated. Mostly this is window dressing, but it provides an interesting look into the idea of life extension and other scientific pursuits.

The gameplay takes on less of a high action shooter stance and sidles up comfortably next to System Shock 2 instead. Heavily adopting a more considered approach that opens emergent gaming opportunities that circumvent the need to riddle everything you see with bullets. There is often more than one way to tackle an obstacle, as an example here we will use a locked room. While the game may suggest that you go a long route to collect a relevant keycard you could instead use an ability to squeeze through a small service porthole, utilise the cleaning robots schedule to sneak in behind or if you want to you can use a toy crossbow to haphazardly shoot foam darts at a touch screen to open the door from the inside. It’s a welcome and realistic approach to problem solving that makes Prey 2017 a far more interesting experience.

While shooting isn’t the be all and end all to Prey, there is one particular weapon that is worthy of note as it not only can be used for confrontations but also as an exploration tool. The Gloo Cannon is more of a tool than anything else but can be used to gum enemies in place with its strong adhesive. Alteranatively you can spread your hot sticky Gloo all over the walls (sorry) and create platforms for you to jump up, potentially breaking entire sequences. It is also handy for creating a temporary barricade between you and a particularly nasty creature, which is incredibly handy and easy to use in practice. It makes for a decent, if gimmicky addition to your arsenal, even if it does lack the immediate cool factor of Half Life’s gravity gun.

An aspect borrowed from System Shock is the ability upgrade system. These come in the form of Neuromods that boost your physical and mental aptitude. The upgrades are basic from the off, including such feats as being able to carry heavy objects to unblock pathways, hacking technology to access vital files or electrical systems or to boost your own vitality with health upgrades. Later you get access to some more interesting toys to play with, allowing you to mimic small objects for stealth or getting through small barriers and more devastating telepathic abilities that blast your foes with sheer mind power. The choice is ultimately up to you on how to use these Neuromods and there is an interesting narrative/ gameplay trade off depending on which ones you opt for. 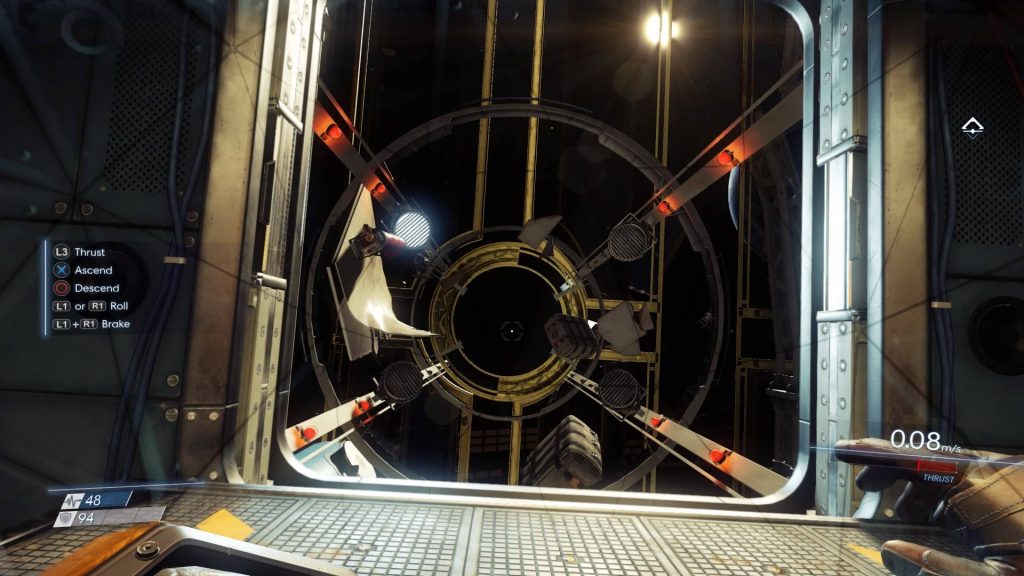 You are not alone in the hallways of Talos I. Littering your pathway are the various shapes and sizes of an alien threat known as the Typhon. These vapour like creatures range from small spider like machinations to larger bipedal menaces that stalk you at every turn. The spider like Typhons are especially worthy of note due to their ability to mimic objects in their environment. Thanks to this they are particularly troublesome and make you second guess every move you make within the space station. Another aspect to note is that no matter which Typhon variant you face you are very much in danger with each of them capable of sapping your life in the matter of a few hits. This becomes particularly gruelling when you are low on health and foraging for energy only to find that the tantalisingly placed medikit is in fact a mimic sitting in disguise.

The Typhon aren’t the only ever present danger also, with the Talos I station acting also getting in on the action itself. Electrical panels can become damaged by your gun fire or enemy attacks, leaving exposed wiring spitting arcing electricity if you get too close to comfort. Service robotics can also be a nuisance if they become corrupted, attacking you on sight. While the ever-present danger does contribute to a survival horror style gameplay with little resources to work with it can often feel unfair as I found myself constantly living on the breadline, either with low health and guns empty or an inventory full of recyclable materials and no fabrication station around to use them.

One particular moment saw me crawling past an encounter by the skin of my teeth as my ammo reserves had run dry. Instead of being rewarded by a fabrication station to craft new provisions, i was greeted by a boss sized enemy that immediately locked on to my succulent self. I was just simply unprepared for the fight and i had little knowledge to go on to get past the threat, instead having to resort to run and hide tactics until it got bored, after a few save reloads of course.

While the enemies may lack a certain personality i would happily say that it is made up by the Talos I station itself. Each hall and room is filled with a personal history of the citizens that dwelled within them. Coating the landscape are various logs, books and emails to access with each of those providing a clue to the lives of the citizens aboard, but also give you hints to access other portions of the station. 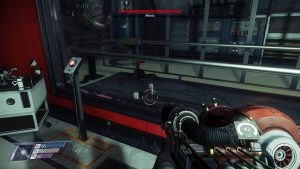 Talos I matures with age also, with previously inaccessible areas becoming available to you as you backtrack through, incentivising the long route. Alternatively if you prefer the quicker option you can take a space walk outside and see the full size of the Talos I among the debris of supply pods and satellites. This not only acts as a fast travel system from airlock to airlock, but you can also patch parts of the Talos I to make them safe to inhabit on foot again, allowing the player to tailor their pathway through the horrors inside. It’s a welcome change to linear fetch quests like Bioshock and makes the location all that more believable. Which is a fine achievement for a game about mimics in space.

Prey
7 Overall
Pros
+ Emergent gameplay opportunities that offer plenty of choices + The story gets you guessing from the word go + The Talos I station is vast and varied with incentivised backtracking
Cons
- Frustrating difficulty that can border on the unfair at times - The enemy types aren’t quite varied enough - Some upgrades do feel mandatory for progress
Summary
Prey is another win for Arkane Studios and Bethesda. It may not have much to do with the original or the promising cancelled sequel, but it is a fine attempt at keeping the name alive. Sadly, the difficulty can be a barrier to enjoyment and often places you in situations where you are ill equipped to survive. Some may adore the challenge, others may find themselves too frustrated to continue. Otherwise Prey is a worthy followup, even if it isn't what could have been.

One thought on “Prey – PS4 Review”