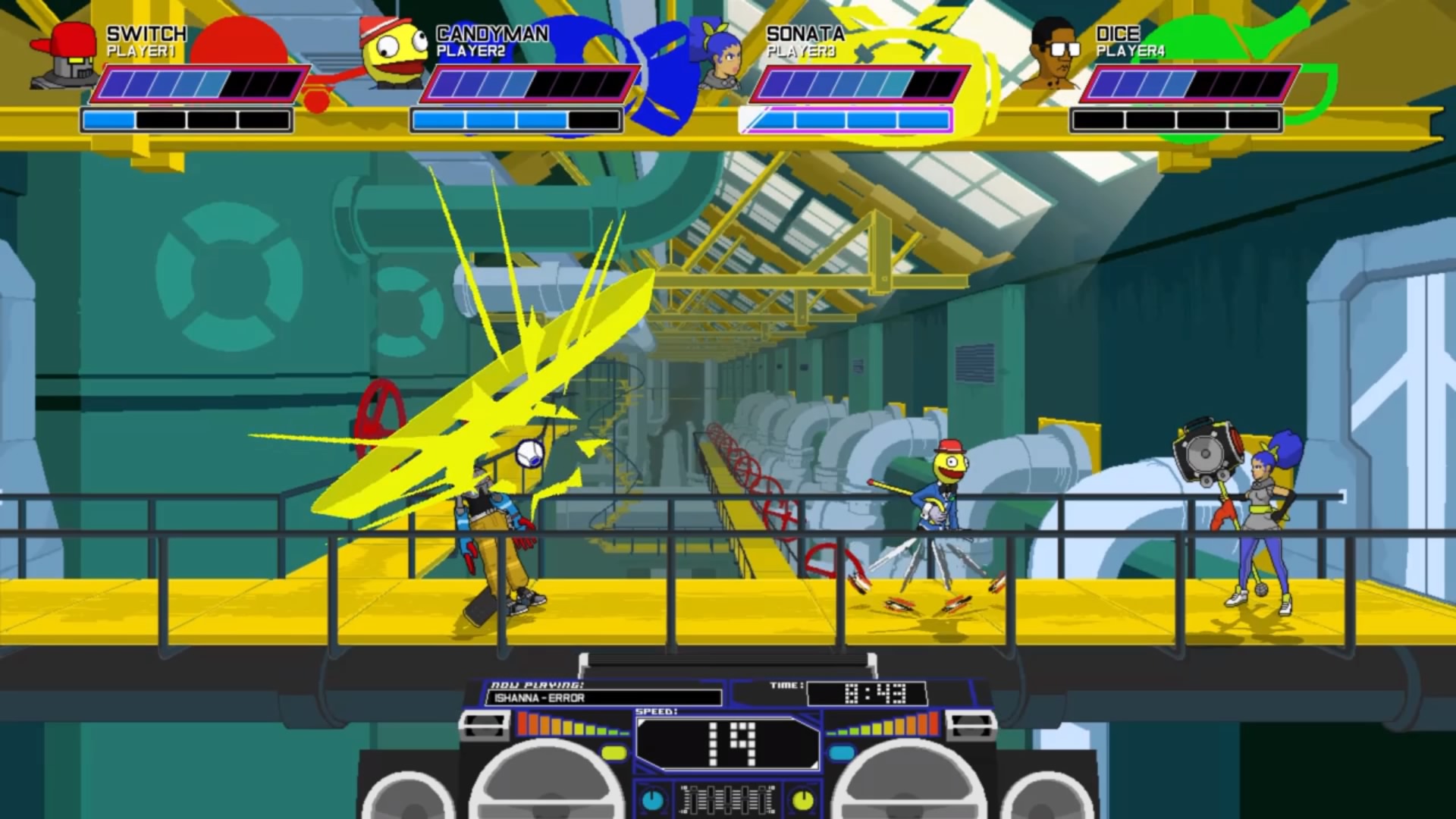 A game with a much travelled history, Lethal League is now ready to step up to the plate on Playstation 4. Team Reptile’s flash prototype has now blossomed into a fully-fledged retail product. Is there much meat to the bones or does this baseball battler prove little more than a novelty? 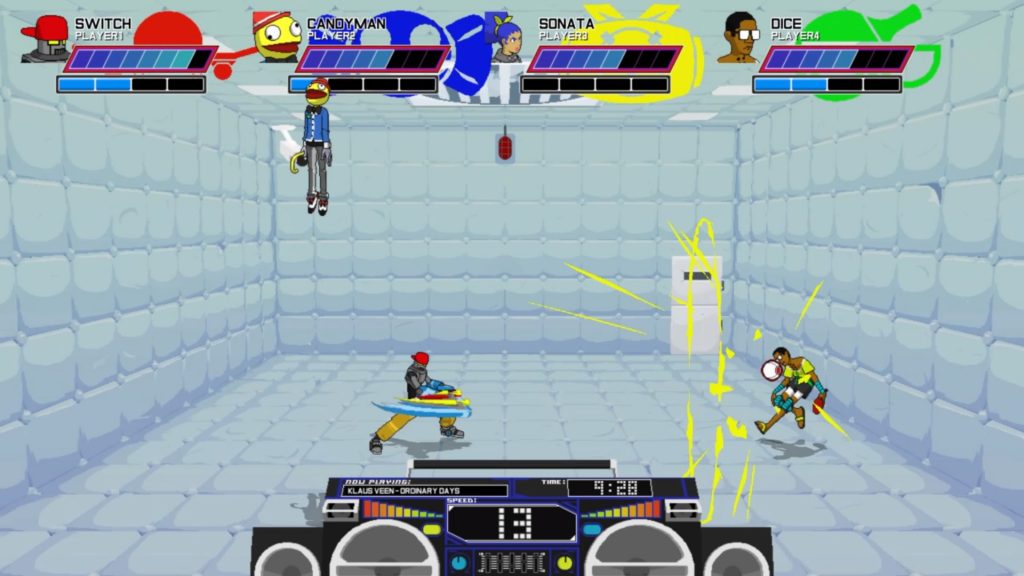 At first glance, it’s hard to determine how this game wants to be perceived. I initially had this pinned down as a party game with some minor aspirations to be something more competitive. The controls are simple with buttons for jumps, standard swings and bunts. The latter pops the ball up for you to set-up angled efforts and vary your shots. The visuals might not have progressed much beyond the flash concept but the ball’s easy to follow, even with the increased speed. Knowing when to play aggressive, dodge shots and find space is key when there’s multiple adversaries to watch.

With increased speed comes more mechanical depth. Smashes become more of a factor along with charging shots. There’s always spacing to consider and parries can play a part. If you want to get complicated, you can and there’s plenty of interesting mechanics available for you to master. My biggest surprise take from Lethal League is how deceptively deep this game plays. There’s a tactical element that I’ve come to appreciate. 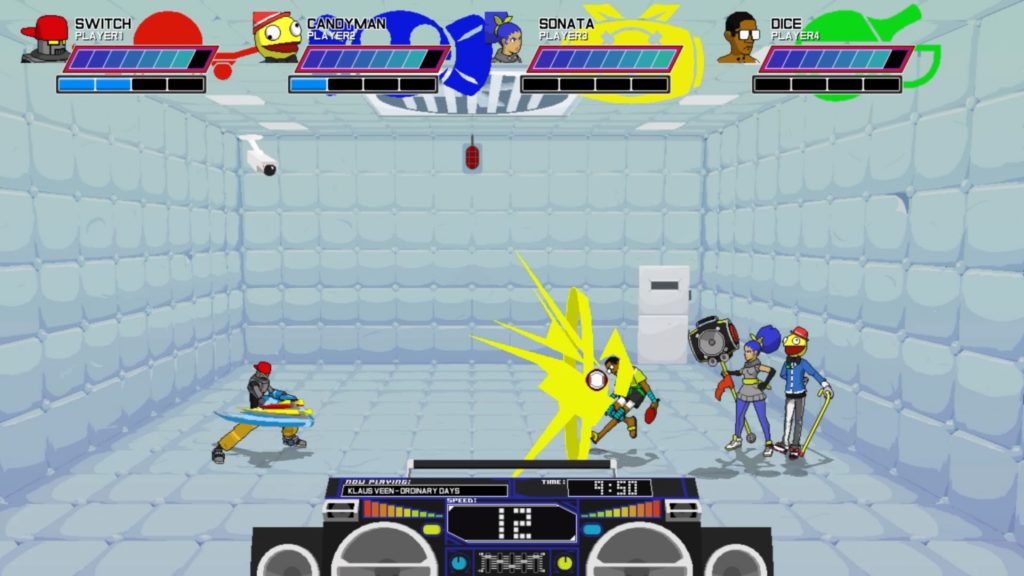 The exchanges quickly become chaotic as more strikes ramp up the speed on the ball. There’s nothing more frightening than a savage fastball tearing off the walls like a bull on fire. This seems like where the action peaks and, thankfully, it doesn’t require too much effort to reach that velocity. As a result, rounds can encompass a flow that increases gradually before finally reaching critical mass. Even with this build-up, rounds are seconds long with anything approaching a minute being absolute carnage. There’s a great tussle for control coming from bursts whilst definitely providing a margin for error which thins out the quicker the play becomes.

The character roster has a fair amount of diversity, even if they all effectively carry out the same role. They’re equipped with bats, paddles, hammers and canes and each has their own special which, whilst easy to execute, require some strategy to utilise correctly. Whilst being very accommodating for new players, the undercurrent of character match-ups and playing taking your opportunities could provide an interesting future for Lethal League. You could play it like a nuanced party game, have some friends round and enjoy an evening. Alternatively, you could dig further and find a brawler that, whilst compact, has some real ambitions to be something more than a sideshow I’ve never been good at fighting games but I do enjoy the spectacle of competition. In that sense, Lethal League might find an audience, albeit small. 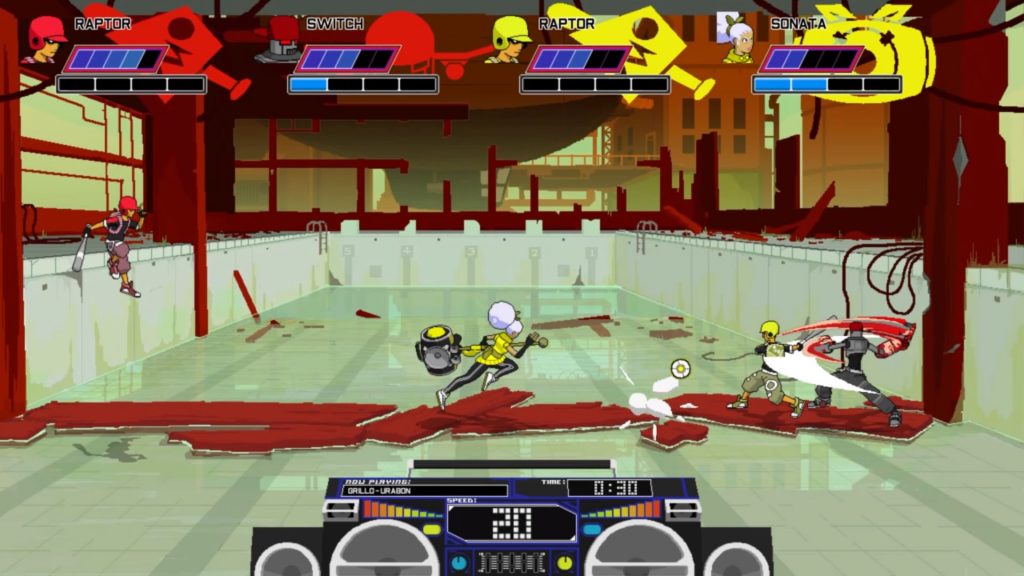 You have online and offline modes to test out your swing. A training mode allows you to experiment with moves and characters. Challenge mode offers a single-player ladder where you face off against the roster in a variety of game modes. Strikers mode places goals at each end and each swing changes the colour of the ball from one player to the next. Points matches deliver you marks for every opponent you take out and some matches will pair you up in teams of two. The quickness of the rounds make this mode a short experience but the variation on display is heartening.

Online’s been unpredictable. I’ve not had issues finding games but staying in lobbies seems an issue. I could just be getting booted or the host could be leaving but a placeholder ‘connection lost’ message makes me wonder if the code’s a little jittery. The matches I do play are fun and frenetic and it’s clear to see a gulf in class when you come up against someone who’s invested time in the complexities of Lethal League. The majority are still finding their feet and, with this being a new release that’s seen plenty of time on other platforms, that’s fresh and easy pickings for the experienced. I’ll confess I’ve had to ditch one match so far due to everyone but the host losing inputs completely. There’s still work to be done. 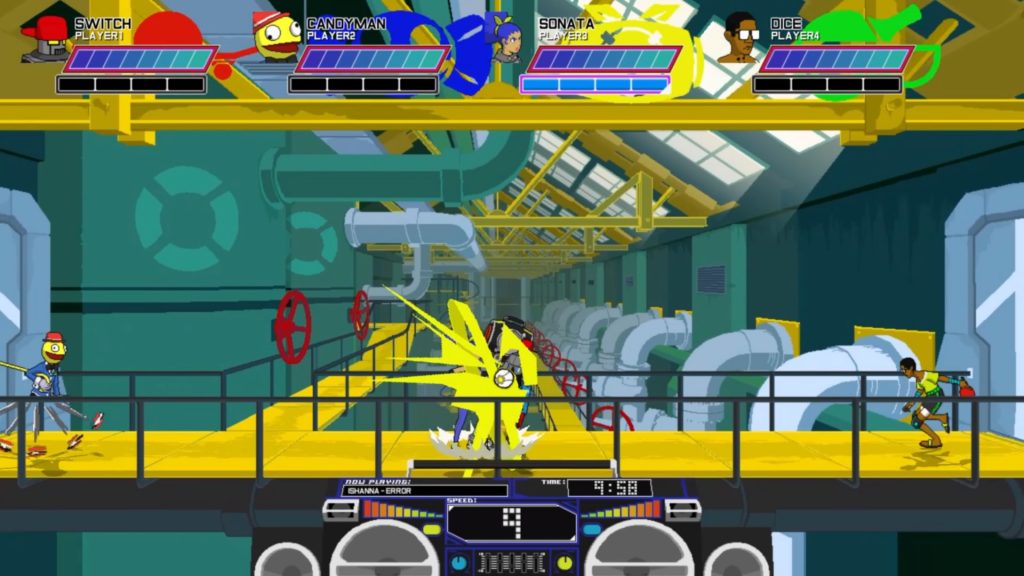 I do worry about Lethal League‘s longevity. The swift nature of play means everything is short and sharp. The accessible, simple controls and rules help foster a potential player base but I’m not sure how many will participate in the game’s deeper mechanics. It’s definitely a game you can pick up and take time to master whilst having fun on a basic level. The modes on offer might offer enough but the rate at which games pass you by can make the fun feel somewhat short lived.

Lethal League
7 Overall
Pros
+ Fast, frantic fights that are surprisingly easy to follow.
+ Great sense of flow to each match.
+ Accessible and simple for newcomers to understand.
+ Depth there for those that want it.
Cons
- A lean package that might wear thin quickly.
- Online matches can provide a few odd glitches.
- Art style might not be for everyone.

Summary
Lethal League's certainly a game that's seen plenty of consideration and refinement through its lengthy development. The finished product is a deceptively deep effort that can sometimes become a victim of its own velocity. For the budget price tag you can't really complain for a compact, likeable scrap. Just beware that the fun of competition might wane sooner than you'd like.