A PC release in 2015, Planet of  the Eyes has seen a re-release on the Playstation 4. Wearing it’s inspiration like a second layer of skin, can this interesting, flawed platformer find enough of it’s own identity to distinguish itself?

The comparisons with Playdead’s Limbo are more than skin deep. Planet of the Eyes is a two-dimensional platformer in a hostile environment. You avoid hazards that will usually catch you out the first time. Learning through death is the way forward as failure introduces you to new problems to solve. Movement options are limited with walking and jumping being your main means of traversal. You can slide down walls and grab boxes which ultimately plays a hand in puzzle solving. Unfortunately, the comparisons it aims to draw, place The Planet of Eyes as being somewhat second fiddle to the inspiration. 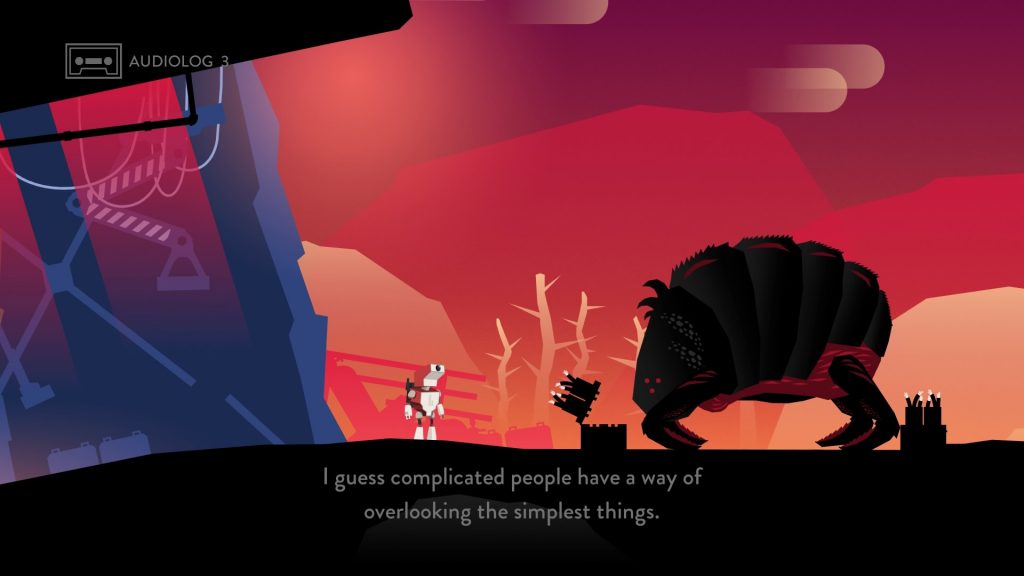 The premise of Planet of the Eyes is fairly simple. You’re a robot whose ship has crash landed on a strange planet. You’re tasked with discovering the hows and whys of this disaster whilst a breadcrumb trail of audio tapes feed you more context. They were left by an employee who also managed to crash on the planet, prior to your arrival. It feels fairly light and, whilst your only source of companionship are these audio logs, they don’t invite too much insight. The further you advance, the less likely you feel the situation’s going to kick up a notch. It’s all a little bland and without impact.

The world looks impressive. A diverse palette has been put to use to produce a colourful landscape. The creatures you encounter look appropriately threatening and your character animates well. The planet’s surface makes use of the eye motif well to portray something that’s organic and alive and the cold, industrial areas are given enough moving parts to feel dangerous. There’s an atmospheric quality to the soundtrack that conveys the isolation well. It’s all aesthetically pleasing with plenty of charm and is certainly it’s strongest aspect. There’s a cohesion to the map that I appreciate and the dangers are clearly defined.

The puzzles themselves vary quite a bit and tend to carry a theme or mechanic before moving on to the next area. It’s not especially unforgiving which makes for a brisk experience. The variety is nice with quick restarts available after failure. Switches often play a part as you negotiate lasers, wildlife and treacherous pathways. Some solutions provide some nice Eureka moments with some clever use of the mechanics at play. There’s nothing there too mind-bending and there’s enough visual clues on offer to point you at the right point of interest. It keeps moving which can benefit and harm The Planet of Eyes in equal measure. 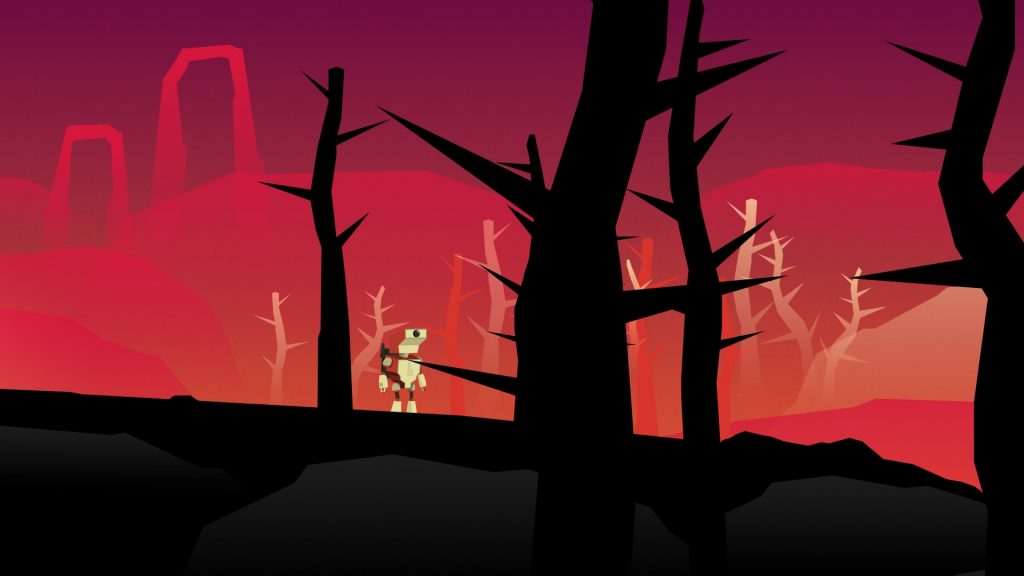 Pacing seems to be where this game takes a downturn. It’s all very quick with a new game taking you about 90 minutes to complete. There’s plenty of challenges to solve but, at that speed, you’re not dwelling on anything long enough to encounter any serious hardship or develop any sense of tension. There’s a few moments of quiet reflection but, with the plot being so light, what’s there to reflect on? It’s not a game that endures and, whilst there’s secret rooms to uncover and more tapes, there’s not a lot of extra content to make you return to some rather beautiful scenery. I don’t mind this game’s forgiving nature but the sparse story beats and short experience results in something forgetful.

Whilst I did enjoy my time with Planet of the Eyes, there’s always been a nagging feeling gnawing at me that suggests there isn’t enough here. Being derived so heavily from another game’s ideas and following them to the letter, it doesn’t deliver much of it’s own identity. The platforming’s spot on and the puzzles provide moments of thought but, at the pace it moves, you’re left with something that doesn’t stamp it’s authority before the credits roll.

The Planet of Eyes
6 Overall
Pros
+ Colourful universe.
+ Unforgiving puzzles with interesting solutions.
+ Consistent, enjoyable platforming.
Cons
- Story lacks any real impact.
- Paced all too swiftly.
- Not especially memorable.
Summary
Planet of the Eyes presents a colourful world that you whisk through with some responsive platforming and the occasionally clever puzzle. Unfortunately, the pace and light story don't allow things to sit long in the memory and, whilst the time you've spent playing might feel well spent, there's not a lot of value in returning to it.