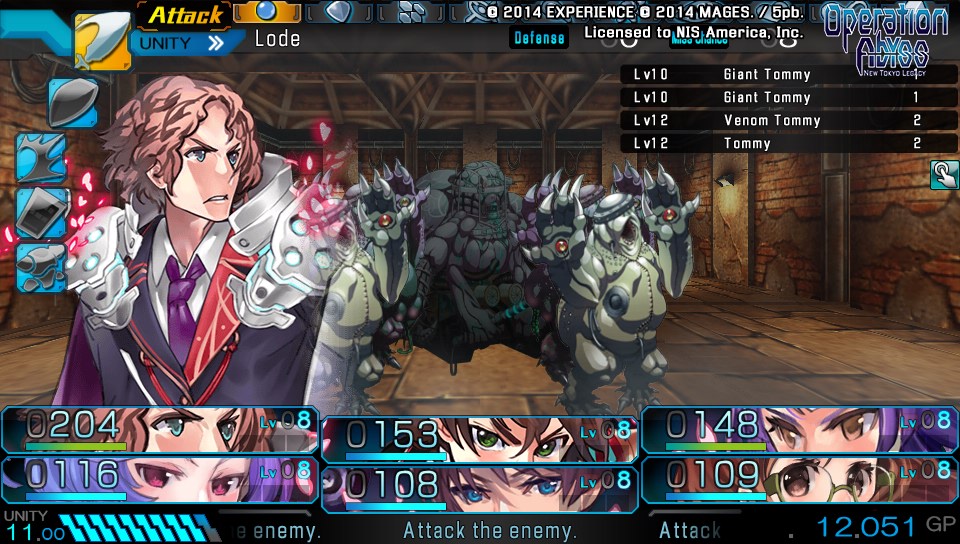 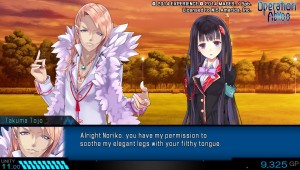 Operation Abyss: New Tokyo Legacy is an RPG from Japan by Experience Inc. I won’t call it a JRPG as that might give you the wrong idea, this is very much an old school western RPG in the vein of Wizardry. A dungeon crawler if you will.

Viewed from a first person perspective the meat of the game has you entering dungeons and exploring them to fill out your map and find items or complete objectives. There are also hidden doors and traps to look out for (helped by Dark Souls style notes from other players on the ground). You can’t save in dungeons without using an item so exploring until you feel you’re at your limit and then returning to base to rest is the best tactic. If you don’t enjoy this aspect of the game then there is going to be little for you here.

You have a party of six characters, three front row and three back row, although you can have more in reserve. All characters are blank slates, they don’t talk or have any important story points but thanks to this they are 100% customisable. If you choose Classic mode then characters look like they’ve been drawn by someone who’s never held a pencil before and just read ‘How to draw anime in thirty seconds!’ but the character’s appearance changes based on what equipment they’re wearing which is cool. The Basic option has far more polished character portraits but they’re static so don’t change at all through the course of the game. I started with Classic but the portraits were just too terrible so I restarted on Basic.

You are given a default set of characters at the beginning of the game but you can alter these or make your own if you want more control. Each character can equip a Blood Code which basically equates to a Job Class. A couple more are unlocked as you play but initially you get Warrior, Mage, Physician, Archer, Samurai, Knight, Assassin and Academic. Each has a male and female version and Good, Neutral or Evil alignment. The alignment can change how united your party are, which gives you access to special moves involving your whole party. 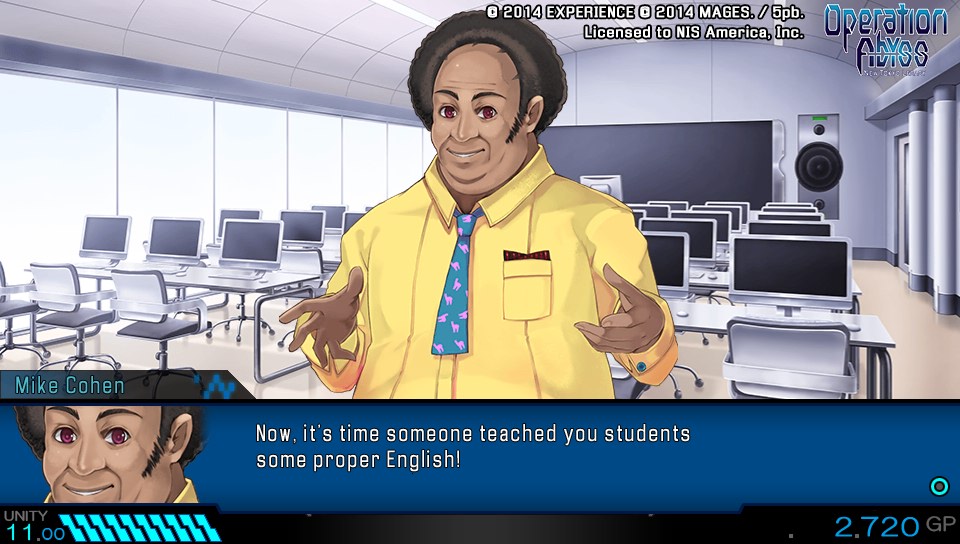 You can assign points to stats however you choose but depending on your Blood Code the moves you learn are set so there are no skill trees. You can alter your Blood Code at any time but you cannot create hybrids as any learnt skills do not transfer over so I see little reason to do so. This along with an enforced level cap that lifts as you progress through the story feel a little restrictive for an otherwise very open game. Certain classes also seem to be required to play the game the way it was meant to be played. Without a Physician for example you can’t disarm traps reliably or without a Mage you can’t cast Enfloat (makes your party hover to get over gaps or traps) without a one use, rather expensive item.

Combat can take place at random as you explore dungeons and you choose what each character does before it plays out in order dependent on speed. The enemies (called Variants) appear in rows the same as your characters and depending on your weapon types you may only be able to hit the front row, however you can’t target a specific enemy which often results in your party attacking three targets equally as opposed to concentrating on one to remove it from the equation which irritates me. Although it starts off quite basic as you level up and learn new moves the combat does become fun. I did find that certain boss battles would up the difficulty suddenly (doesn’t help that unlike you they are happy to target the same person over and over) and boss battles followed instantly by another boss battle are never welcome.

You can’t level up in the field, you have to return to your base and rest (which costs money) which is an odd restriction. Also at your base you can accept missions (both sub and main), identify the items you find in dungeons, recruit new members, alter current members, buy, craft, upgrade or sell items and equipment and more. Nothing is labelled as you’d expect though with buying being called ‘Issue’, selling being called ‘Deliver’ and in general the status and equipment screens being a confusing mess. It took a long time for me to get a grasp on it and even now it’s not second nature.

I haven’t mentioned the story as, although it has one, it might as well not be there. There are certain characters you’ll encounter again and again which are incredibly basic but it’s just there to support the missions which are just there to guide your hand through the right dungeons at the appropriate level. 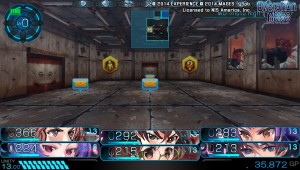 Despite all these flaws though as I stated at the beginning of the review the main meat of this game is the exploring and this is where the game succeeds. The dungeon layouts are interesting, you generally level at a good rate with the dungeons and you get a good stream of better equipment as you progress. It took a while to get going but once things started to click I was really enjoying myself edging that little further into the unknown. Certainly not for everyone but if you fancy something that little bit more hardcore and are willing to look past its faults I’m sure you’ll find some pleasure in Operation Abyss: New Tokyo Legacy.

Operation Abyss: New Tokyo Legacy
7 Overall
Pros
+ Exploring dungeons is fun and filling out the map is rewarding + Various class combinations to experiment with + Lots of mechanics to get your head around
Cons
- Overly complicated from the off - Certain Blood Codes are basically required - Very little story and what is there is weak
Summary
It took a while to get going but once things started to click I was really enjoying myself edging that little further into the unknown. Certainly not for everyone but if you fancy something that little bit more hardcore and are willing to look past its faults I'm sure you'll find some pleasure in Operation Abyss: New Tokyo Legacy.