Another week, another Ratalaika release. For the most part, Neon Junctions by developer Nine Tentacles is a great experience.  Embracing the synthwave retro aesthetic so beloved of Far Cry: Blood Dragon et al, Neon Junctions is a great puzzle game with a simple concept well executed. My father-in-law nailed it when he remarked that it was akin to space bricklaying. As in essence, that’s what Neon Junctions amounts to. 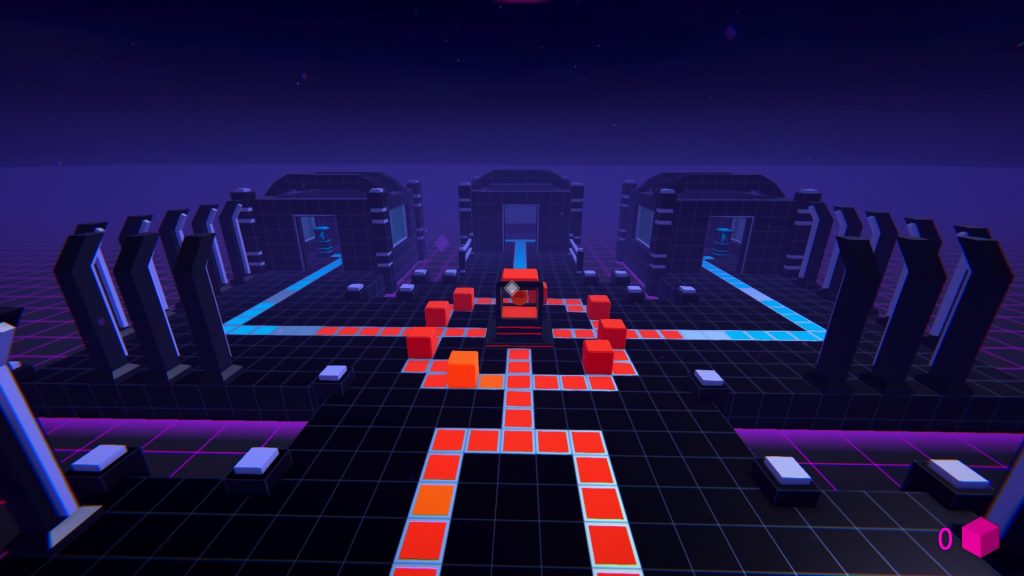 The spartan looks work well in this context. Your goal in each level being to route power to the exit pad by laying down space bricks in the right spot. Blue blocks have no power, whereas red blocks do. Find a gap between tracks and lay down sufficient bricks to progress.

The puzzles start out straightforward enough, almost insultingly so at times. As you get into the teens of the thirty five puzzles on offer here, the challenge ramps up a fair bit. Some lateral thinking is required to get your head around some of the latter levels, just as jumps from one platform to another are needed. 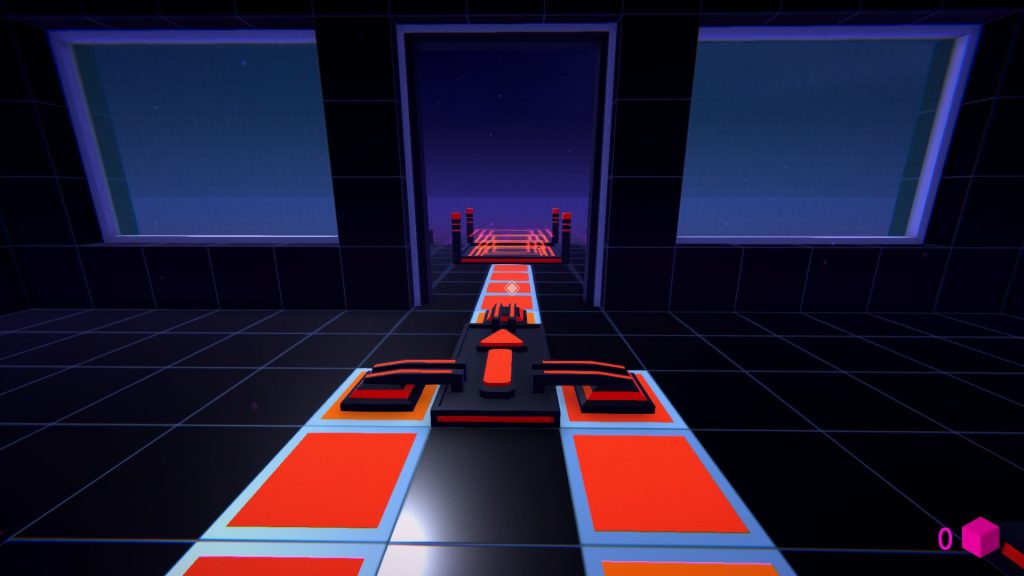 At its best, Neon Junctions reminded us of Portal in terms of its iterative reasoning and your freedom to muddle through via trial and error. One level in particular had us baffled for a good while until a eureka moment led to the scales falling from our eyes. We needed nine bricks to proceed, or so we thought initially. 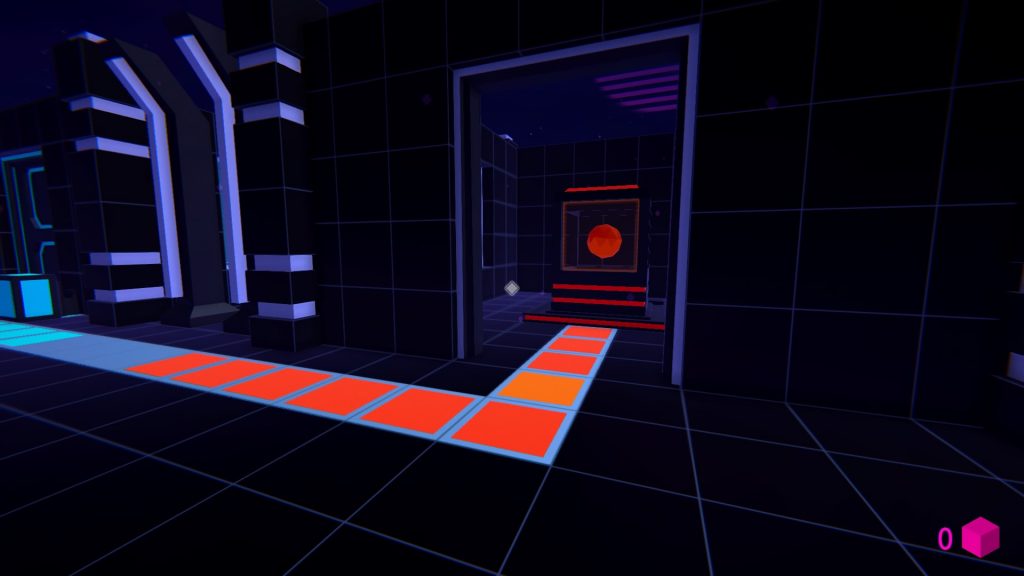 Subsequent levels introduce tweaks to mechanics including picking up batteries to power electrical nodes. In addition you’ll come upon what are functionally diodes or transistors in terms of the way they behave electrically. Three years wasted at tech college came flooding back in an instant, for this reviewer at least. All that was missing was a Welsh maths teacher and freezing cold temporary classrooms to complete the flashback. 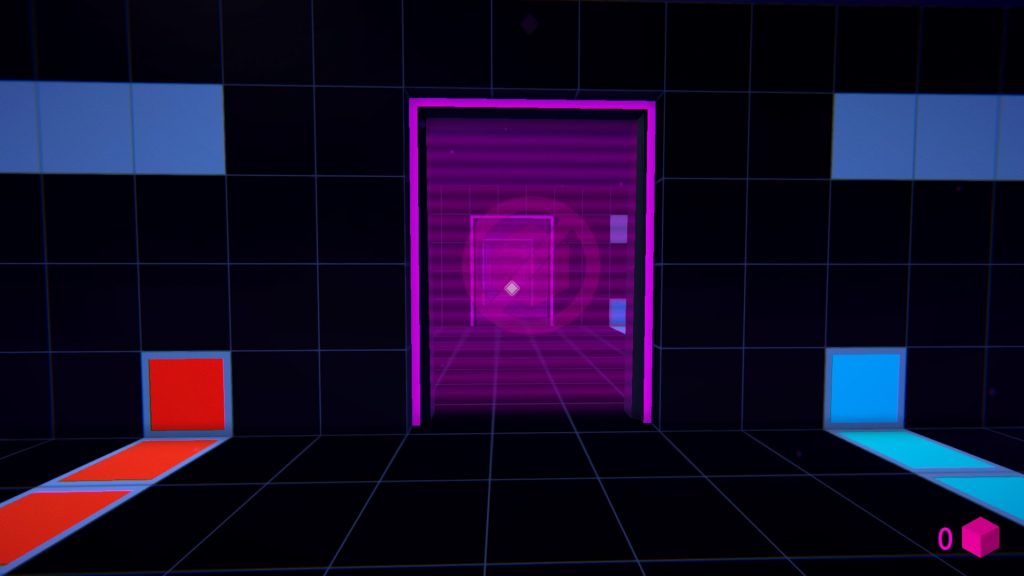 The thirty five levels relative scarcity are what make this a sparse package, but as is so often the case with Ratalaika, crossbuy to play Neon Junctions on Vita is included. The cerebral aspect and analysis lend themselves well to playing on the train, in fact we’d got the platinum on Vita before finishing off the PS4 version. Two platinums for less than the price of lunch make this a cracking value prospect. 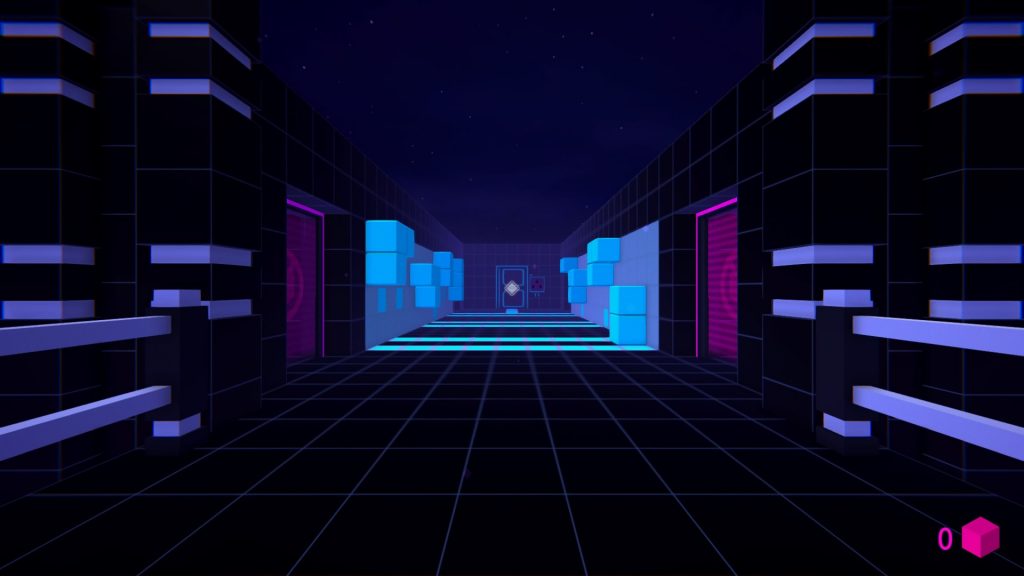 The controls and graphical style are functionally identical on both platforms. The Vita is a little more clumsy to control jumps on, but otherwise the gameplay translates well between it and PS4. It does highlight one aspect of the PS4 version though. You can adjust the view sensitivity in the options menu, but it feels clunky despite that. It’s a minor caveat sure, but still worth noting.

All in all then, Neon Junctions is another rinse from Ratalaika that would work very well fleshed out with twice the number of levels. As it is, the slight nature is forgiven for the well implemented puzzles and the fact you get two platinums for the price of one due to crossbuy.


Neon Junctions
7 Overall
Pros
+ Who knew electric space bricks could be fun?
+ Iterative reasoning required in later levels is genuinely challenging
+ Vita crossbuy is great value on an already cheap package
Cons
- Only thirty five levels all in
- View sensitivity makes no real odds
- Early levels are absurdly easy, takes a while to get harder
Summary
Electric space bricklaying is fun. Who knew? Embrace the aesthetic.