There’s a wonderful sense of timing with Big Ant Studios’ latest cricket release. Cricket 19 arrives whilst the Cricket World Cup is well underway and ahead of this summer’s Ashes series. With potentially more eyes on the sport, this cricket sim might find more favour amongst fair-weather and die hard fans. 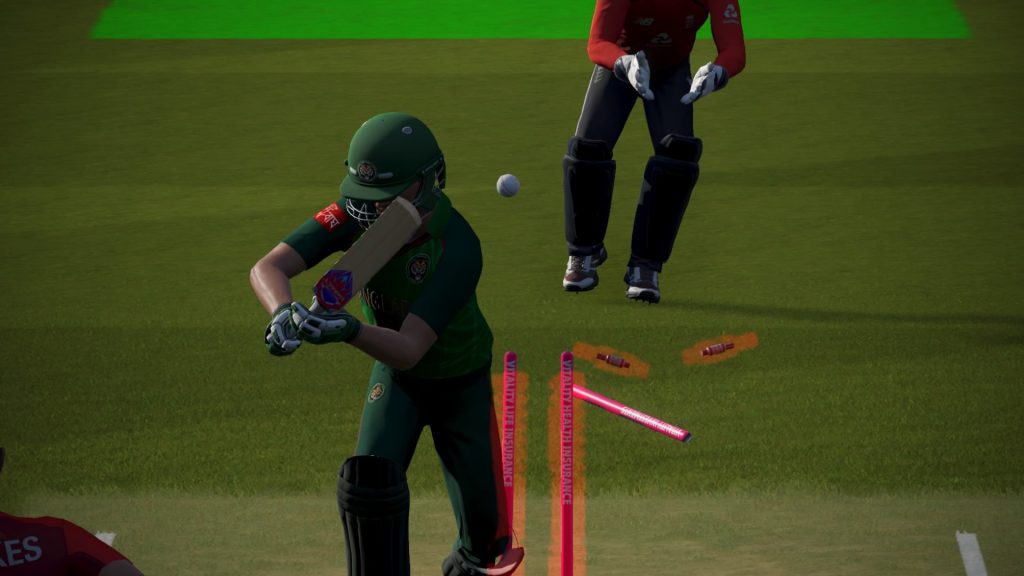 With licensing coming from Cricket Australia and the ECB, the Ashes series is accurately covered with realistic venues, player likenesses and team attire. They’re well done but, set against their unlicensed counterparts, they do stand out more. First class international sides do come with appropriate uniforms but club sides lack the same luxury. Thankfully, the comprehensive editing suite remains with community options around to hastily download teams that are up to snuff. Players, teams, stadia, bats, logos and umpires can be tinkered with. It’s fully-featured and welcome when you’re dealing with so much unlicensed content.

The teams on offer come from all across the cricketing world. The main international sides are covered whilst hundreds of club sides make an appearance. Whilst they haven’t acquired any further official licenses, Big Ant have packed Cricket 19 with as much as they physically can. They may not have an official stamp of approval but the major competitions from Pakistan, Bangladesh and further afield have been represented in some capacity. It’s always impressive to see and it shows the passion on offer to recreate so much content across the men and women’s game.

There’s dozens of competitions to delve into and plenty of variants on the sport. Limited overs experiences are covered from five to fifty overs Cricket. One day and test cricket is also on offer. One thing Cricket 19 does very well is give a player options on just how they want to approach their cricket. Autosaving still takes place at the end of each over so longer challenges can be paused and resumed. There’s also specific scenarios you can tackle which are bolstered by a strong community effort.

Custom difficulties are available to tweak. Here you can alter AI tendencies at the bat, in the field and bowling. You can find some settings you like, save and play with them which delivers a great sense of accessibility. Newcomers are also covered with an extensive training mode that covers the basics, as well as advanced techniques.

The cricket itself remains largely the same as last year. At bat, you time your strikes with the face buttons and pick a direction. It’s simple to understand but you also have shot modifiers available to go aggressive or play unconventional shots. The right stick controls the batter’s footwork and there’s a nice strategy at play when considering which shots to play and leave. Bowling employs a similar level of mind games. More timing based than batting, you time your run and jump whilst trying to add pace and positioning to your delivery. It plays well as you consider how to play the field. Finding gaps when you’re batting and looking to bait batters into errors does come with a sense of skill. 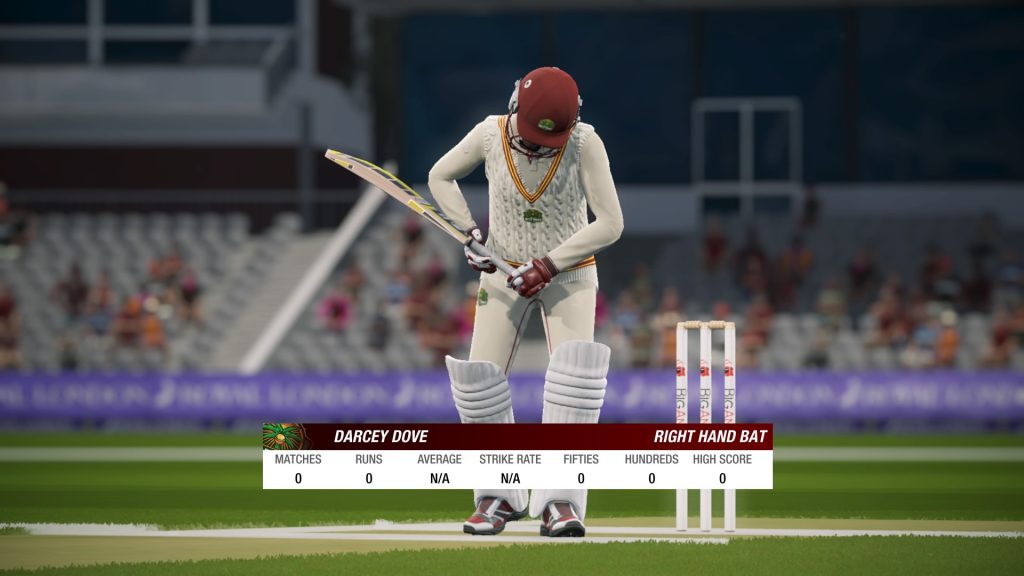 There’s not a lot of visual progression. Match introductions do have a nice TV quality to them but, once underway, you’ll struggle to spot how it’s any different from last year. It looks functional without being spectacular. Animations will repeat and some of the heavier loads come with some telltale stutters. The audio work struggles to excite unless you’re playing an Ashes test. There’s a better atmosphere that comes with the flagship mode but it’s a pity they couldn’t try to replicate that across more modes. Playing a World Championship, the crowds didn’t sound as raucous or partisan. They pipe up for big moments but it’s all a little too reserved.

Commentary is on offer and it’s a nice touch to see female representation for the women’s matches. It’s a little stifled and stitched together, though. It can sound artificial and takes you out of the match-day experience. At least it’s relevant to the action and they get audibly excited or impressed by sixes, wickets and can keep you updated on how the match is progressing. I just wish it sounded more human. 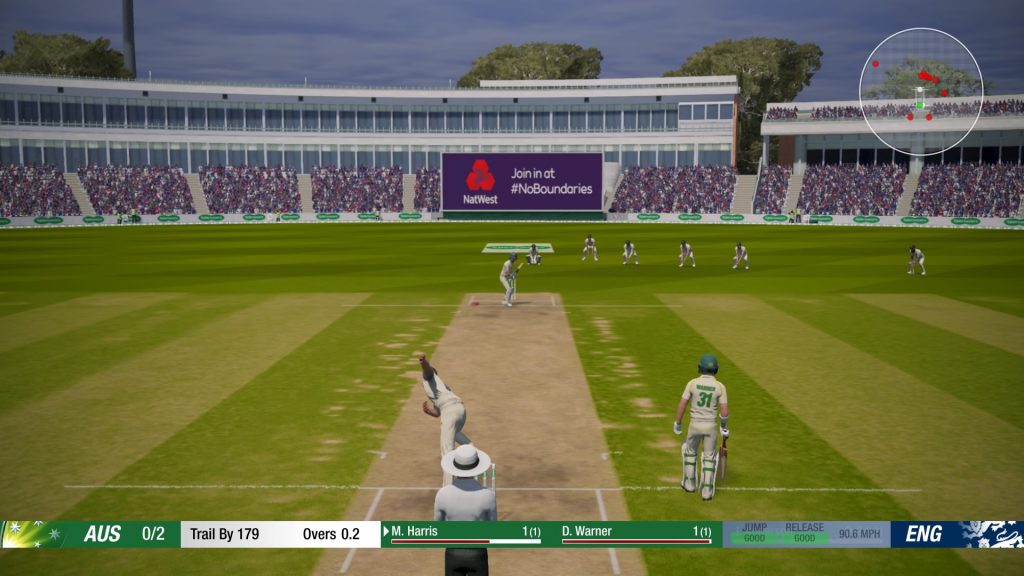 Load times don’t appear to have improved over time. Menus are snappy and quick but entering an actual match takes an age. There’s a secondary load that they try to cover with a longing look at the scoreboard but it can just feel laborious. At least these delays subside once you’re on the pitch.

Overall, I’d still consider Cricket 19 a worthy purchase for fans. The sport remains well replicated and the wealth of content and options give players an welcome sense of accessibility. Playing can be strategic and rewarding, even if the presentation sometimes can’t match up. The community aspects give the game potentially even more legs and can hopefully populate the online modes.

Cricket 19
7 Overall
Pros
+ A wealth of content to dive into.
+ Plenty of editing options to customise teams, players and so on.
+ Accessible difficulty options.
+ The cricket plays well with plenty of options on hand.
Cons
- Load times are still too long.
- Commentary is insightful but sounds artificial and stitched together.
- Crowd noise seems a little subdued outside of the licensed Ashes tests.
Summary
Big Ant Studios have continued to make a comprehensive cricket sim without especially making great strides over previous efforts. The customisation is extensive and the content on offer covers almost everywhere in the cricketing universe. The sport itself plays well but the presentation lacks a little, especially when it comes to atmosphere. Load times seem to suffer but, for fans, Cricket 19 offers more than enough to keep them happy for a while.