Midnight Deluxe is a very understated puzzle game from Ratalaika Games and it offers 70 screens of physics-based puzzle action on both PS4 and Vita.  Each level is a single screen affair that sees you controlling a small white square (apparently a fairy named ‘Midnight’) who has to get across the screen into the goal area with various platforms, traps and obstacles in the way.

While the game’s moody black and white Limbo aesthetic might suggest something more emotional, this is essentially a 2D golf game much like you’ll have seen plenty of times before, not least with Party Golf on the PS4.  You control the square’s direction of travel and the power by holding down X and moving the left stick to set your trajectory.  Releasing X fires Midnight across the screen, hopefully in the direction you were planning.

As with any golf game, the goal is to keep the number of shots down. A three star rating system is used on each screen with three stars usually meaning a hole in one (or two), although the stars don’t really make much of a difference.  More on that later. 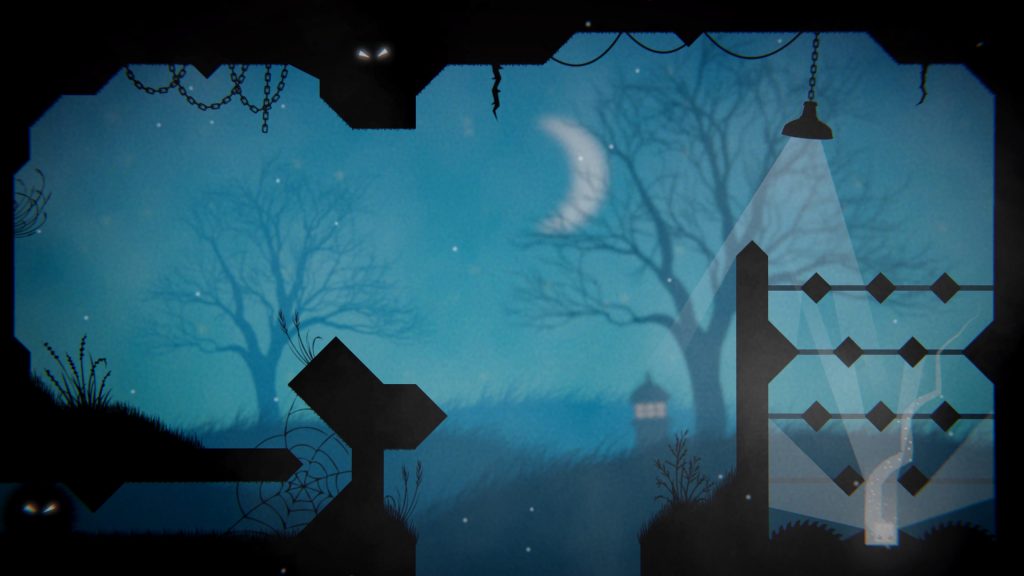 The gameplay is easy to grasp and thankfully the levels aren’t too taxing. Because of the analog nature of the controls, it’s easy to not quite get your trajectory right. That’s fine if you’re going for a hole in one, especially as the triangle button gives you a very quick restart, but when there are more shots required, you don’t want too many tiny gaps to thread through. Thankfully, you never need to chain together more than two or three tricky shots in one level and so the game never gets obnoxiously difficult.

The levels do get more taxing as you go along, with some moving obstacles setting a short time limit on levels where, if you miss your shot, you’ll need to restart and some obstacles can be quite tricky to get past but everything is passable.

What Midnight Deluxe manages to get right is that it’s not really about trial and error here. Usually the solution is reasonably easy to spot and then it’s just a case of trying to nail the shot which sometimes makes it feel more like an arcade game than a puzzler. 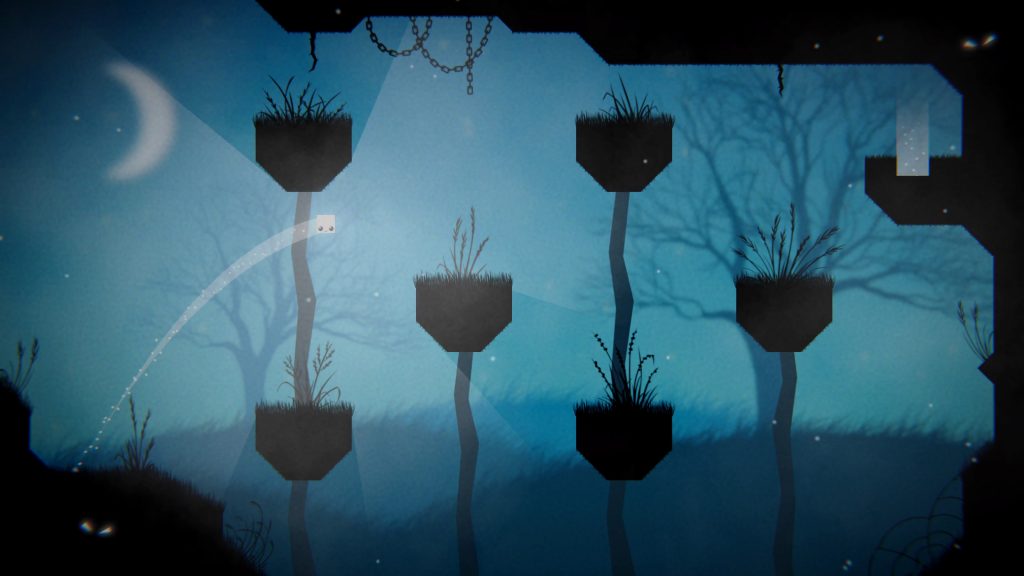 With just 70 stages, and some of these just lasting a few seconds, there’s not a huge amount of game here but that’s probably for the best as the unchanging aesthetic does get a bit tired and the game doesn’t ever throw any significantly new gameplay elements at you. Indeed, it’s probably best suited to the Vita thanks to its pick up and play style gameplay although the controls on the Vita are a little too sensitive but not ruiningly so.

One thing that you will notice is that the game throws trophies at you right away. I was barely an hour in when I realised that the platinum trophy was right there in my grasp. You’d expect that you’d need to get three medals on every stage or at least finish all of them but you’ll actually end up with the platinum once you beat the 40th level.  However, it’s just that kind of thinking that actually makes Midnight Deluxe quite a likeable game. It’s not punishing you for daring to buy it. Instead it gives you a very laid back experience that doesn’t ask too much of you but will offer at least some degree of challenge. If you decide to three star every stage, that’s up to you and that focus on casual gameplay over hardcore torturous puzzling is definitely a bonus.  Party Golf is your more fun alternative and we’re probably more into the puzzling of Baseball Riot and Tennis in the Face if you want something that will require a bit more thought, but Midnight Deluxe is a pleasant game to spend some time with.

Cons
- Not particularly ambitious
- A bit dull to look at

Summary
Midnight Deluxe is a relaxed puzzle game that doesn't demand too much of the player but offers an enjoyable challenge.